Random Ramblings :: The Proof of the Pudding is in the Eating

As promised I'm back to let you know how we got on with our first Gousto box and the four recipes that we chose, starting with ...
Lemony Chicken & Crushed Potato Colcannon
This is what the box provided us with ... 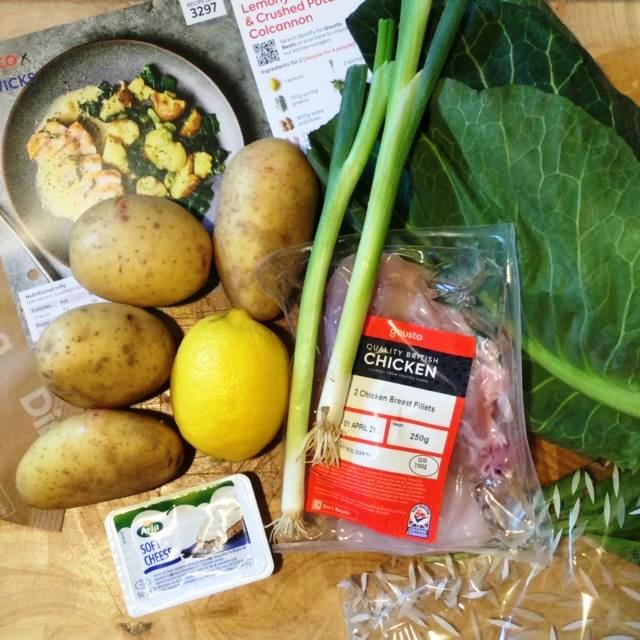 This one took no time at all to prepare, the recipe was easy to follow and it was absolutely delicious. We will definitely be having it again, though probably with larger chicken portions.
I did thicken the sauce with a teaspoon of cornflour and I did add a portion of carrots, but other than that we cooked exactly as the recipe. It was a real success and a great start ... 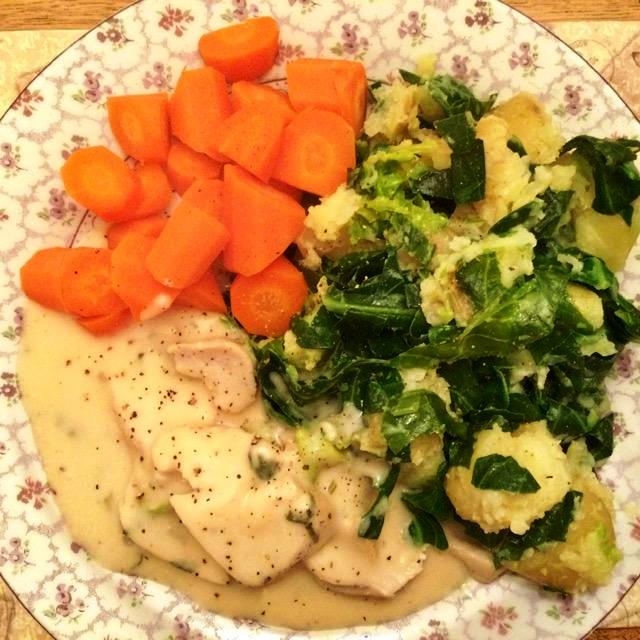 Next up was the ...
Creamy Chicken Potato-Topped Pie 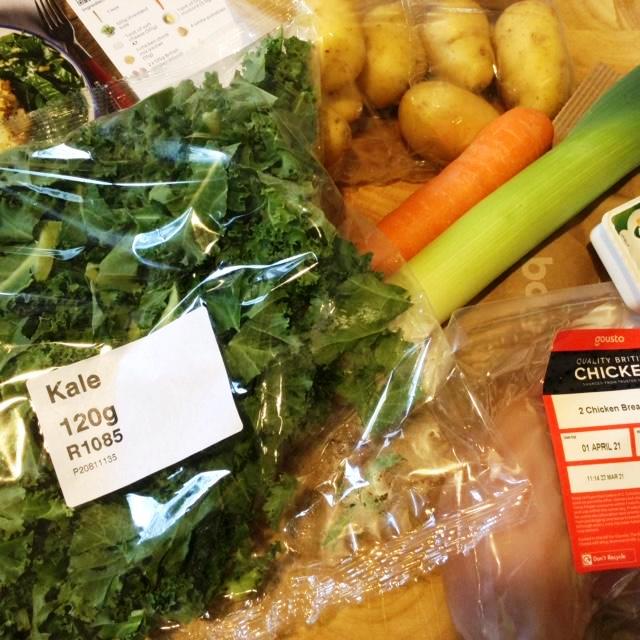 For this one I opted to add in additional leeks and carrots, mushrooms and a half tin of sweetcorn. I also added extra potatoes for the mash and a portion of cauliflower as an additional vegetable. 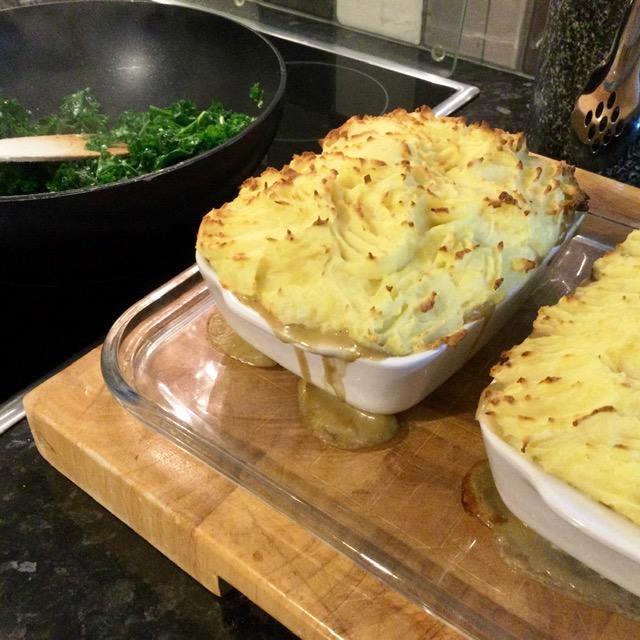 I opted to make two individual pies and, to be fair, with the extra veg, there would have been enough for three people ... though we did manage to polish them off ... 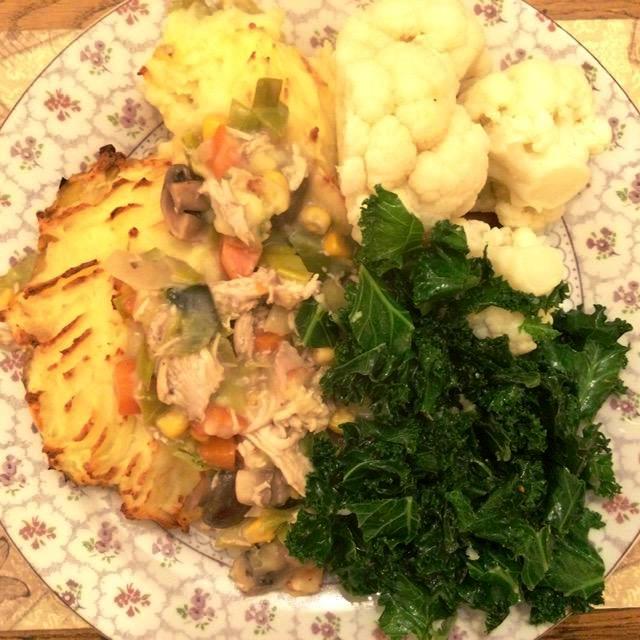 Again ... I can't fault the recipe, the quality of the ingredients provided or the flavour. It was another real success and will definitely be made again.
We were on a bit of a roll and were looking forward to the third of our four dishes ...
Oven-Baked Cheesy Portobello Mushroom Risotto 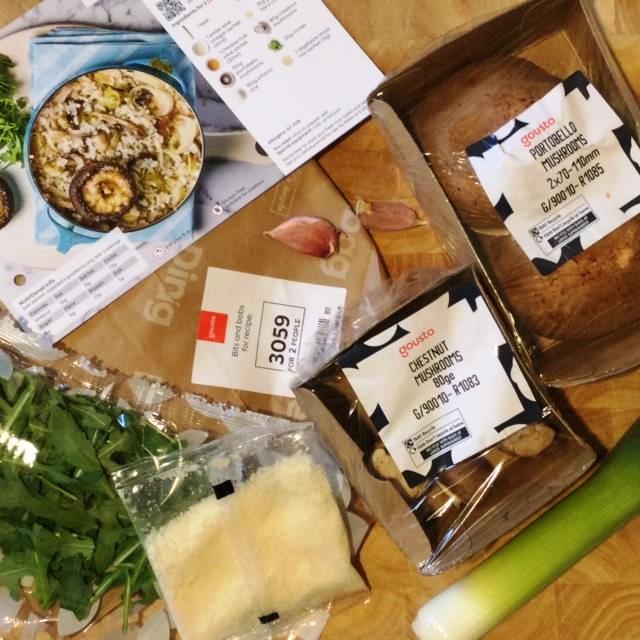 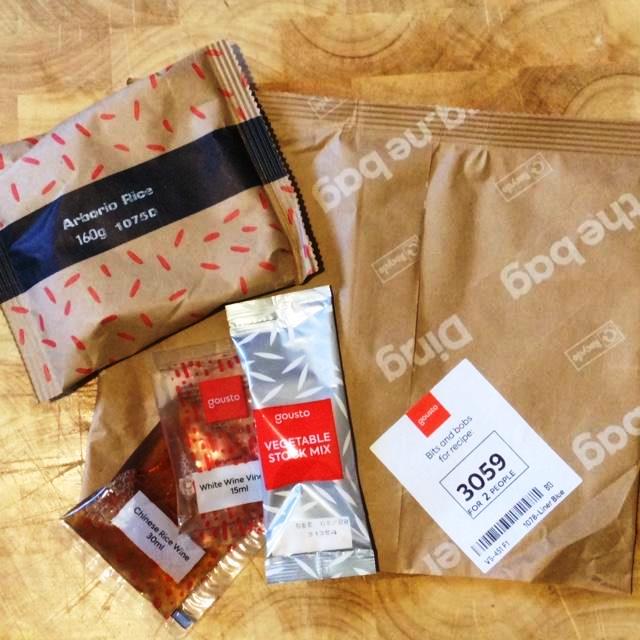 Again, with this one I added more vegetables ... an extra leek, more fresh mushrooms and a pack of dried shitake mushrooms ... and a pack of bacon. We also had a small baguette on the side.
It was a new experience for us ... we normally do our risottos on the hob, but it was lovely sticking it in the oven, getting the kitchen tidy and then just sitting back and waiting. 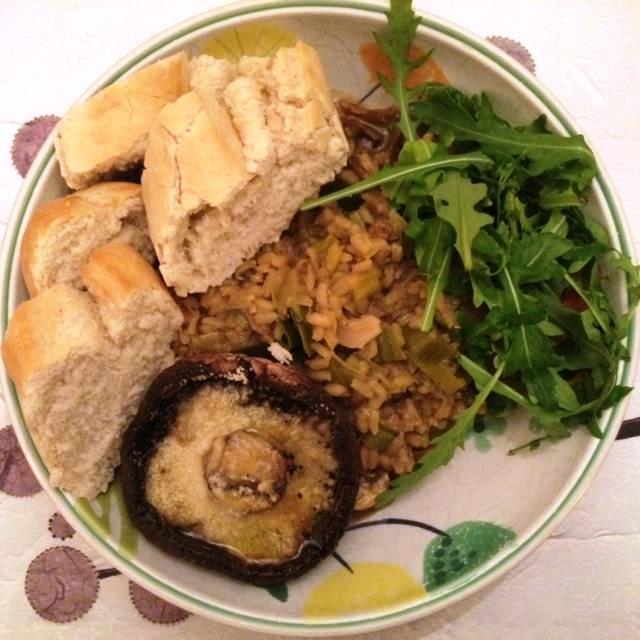 It was absolutely lovely. Really creamy and full of flavour. The cheesy topped portobello mushroom was a really nice touch too.
So, there was just one more to go ...
Baked Creamy Chorizo & Leek Pasta with Rocket 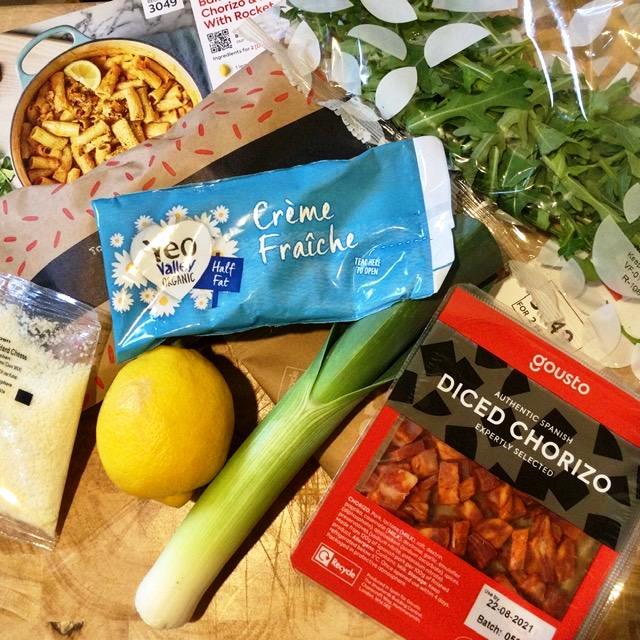 This was the one I was least enthusiastic about from a portion size point of view. There didn't seem to be much pasta for two. I added mushrooms, another leek, half a red pepper and prawns. Then included a baguette and a portion of green beans on the side. We used double rocket with the risotto. 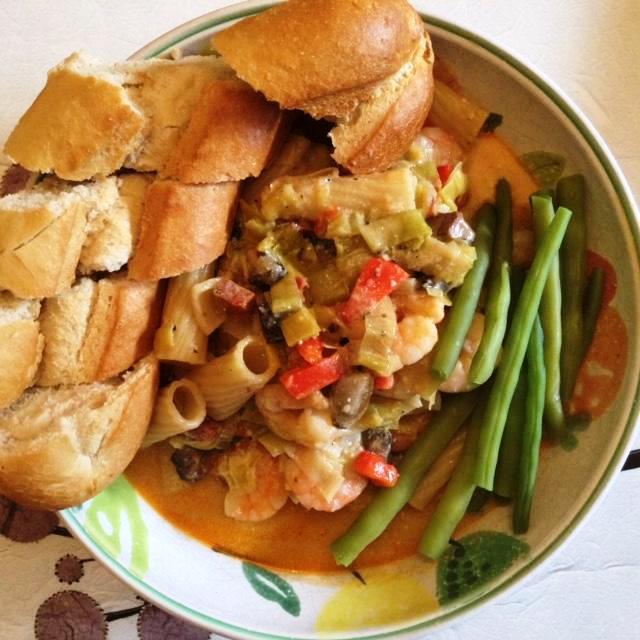 This one was OK. Very flavoursome, but a bit watery for me. Whilst it was lovely being able to bung it in the oven and, again, get tidy and just wait for it to cook ... I think if I did it again I would probably do it on the hob and thicken it before serving.
I don't think there would have been enough of this dish for two without all of the added bits, but then I do know we have a bit of an issue with portion size, so for normal eaters it may have been fine.
So there you have it ... our first four dishes. All pretty successful. All definitely added to the repertoire to have again.
Do you want to know my overall thoughts on Gousto? Well here you go ...
So far so good. We will definitely carry on with the next three weeks with the 30% discount, though of course this makes it even more expensive than just buying the ingredients yourself.
By the looks of things the majority of the food delivery companies offer the same kind of discounts so may be that when this discount runs out we try another one ... or we may just add a stack of new favourites to our recipe list and go back to doing it all ourselves. I will keep you posted 😀
**********************************************************************************
Posted by Carol at 10:32

Email ThisBlogThis!Share to TwitterShare to FacebookShare to Pinterest
Labels: In the Kitchen, Life of Pottering