Wildlife in the Garden

Generally speaking we love having wildlife in the garden and do all we can to encourage it though, as you know, we don't have a lot of time for that dratted red lily beetle - yes, we've spotted another one.

We always have lots of butterflies, bees, dragonflies, ladybirds and all manner of other insects regularly frequent the garden and we've even built a log pile to encourage more and maybe, even a hedgehog. 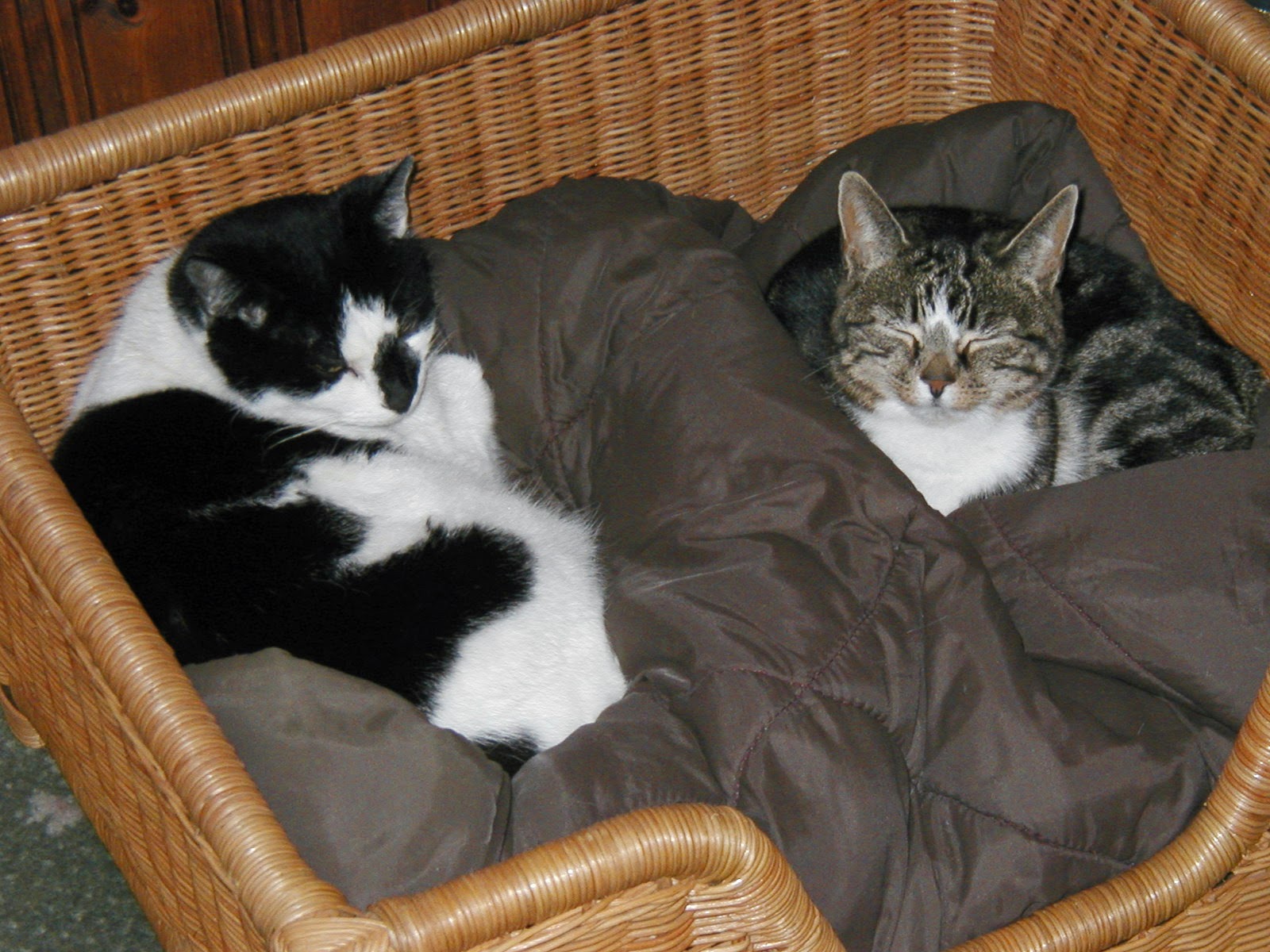 One thing we don't see lots of though, is birds.  They've probably stayed away as, in previous years, they've fallen foul to Tinker, Monkey or William.﻿﻿﻿﻿ ﻿﻿﻿ In spite of this we still keep hanging lots of bird feeders around the garden and we do see blackbirds, blue tits and the occasional goldfinch, from time to time.

We have also had a nesting box hanging in the garden for about 5 years, but it's never even been sniffed at by any of our feathered friends.

Imagine the excitement!  One Saturday morning, just before I headed off to the hair dressers for some serious root therapy, I was looking out of the kitchen window and I was sure I saw a bird fly in the box.  I thought I must have imagined it and called Martin to come and have a look.  He arrived at the window just in time to see a blue tit come back out.

Sad as it may sound, we were both beside ourselves!!  Within seconds the zoom lens was set up on the tripod with the top part of the stable door open, focused and ready to snap should she come back.  We weren't sure at this point whether it was a first viewing or whether she is getting ready to move in.

We had a quick look on Google and confirmed that it is definitely blue tit nest building time and, did you know, a blue tit can have a clutch of 12 eggs and each chick can eat up to 100 caterpillars a day - Respect has to go to the blue tit family.

Martin dropped me off at the hair dressers and headed back home for a stint of nest watching.  When he picked me up later I asked if she had been back.  He had a massive grin on his face and said had she ever.  He'd spent the majority of the morning watching, taking pictures and even a sneaky video, which I am working on posting as my first film, once I can sort out some royalty free music and work out how to make it small enough to upload.  Any advice with this would be greatly welcomed.

Just when I was looking at the photos Martin had taken she came back and was in and out of that nesting box like crazy.  It was amazing to watch and there has been some serious bird watching taking place on the pottering agenda since.