William Preston Sidney - Before the War

We don't really know that much about Will's life before the war began.  Even then, his diaries only begin in 1917.
﻿ 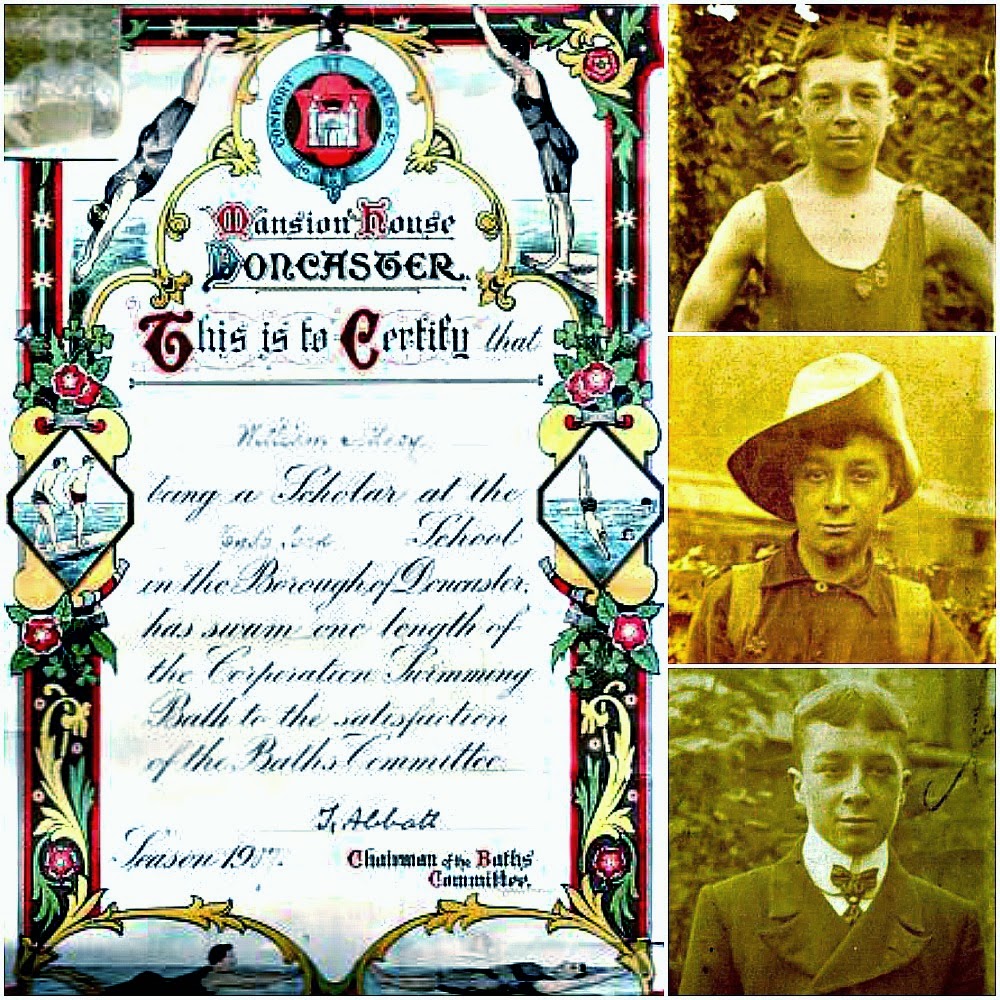 We have managed to find out that, in 1907, when Will was about 13, he was a scholar at Hyde Park School in Doncaster, where he was awarded a swimming certificate for swimming one length of the Corporation Baths.

We don't know how old Will was when he left school.  We do know, from the 1911 Census, that at 16, he was a blacksmith's apprentice. 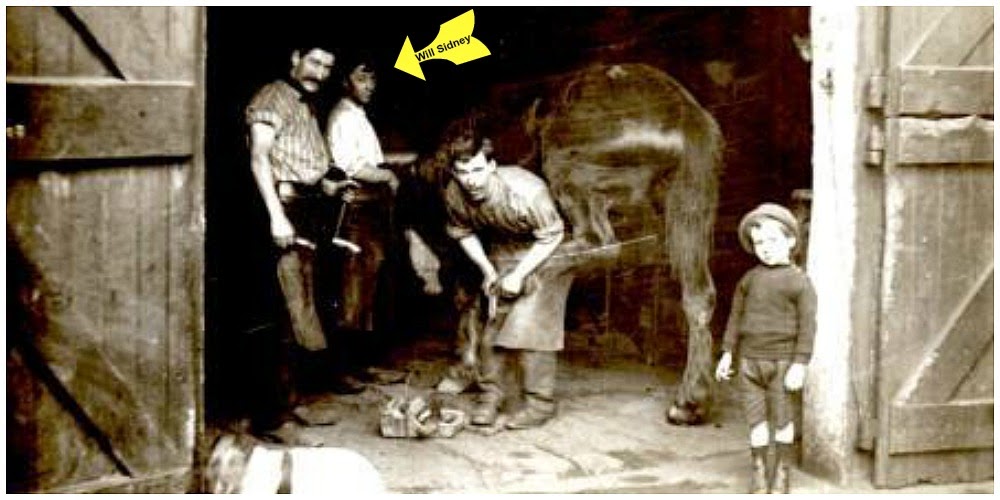 On 8 February 1913, at the age of 19, Will volunteered to joint the Territorial Force of the British Army.  At this time he was living at 45 Apley Road, in Doncaster, and working as a blacksmith for a company called Hemstocks, also in Doncaster. 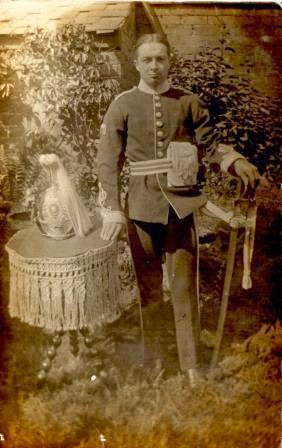 By volunteering, Will confirmed he was willing to be attested for the term of 4 years, for service in the Territorial Force of the county of Yorkshire, to serve in the Queen's own Yorkshire Dragoons.

Will was committed to attending a prescribed number of drills and training exercises on an annual basis.  He was also committed to becoming 'embodied', should any 'proclamation be issued, in case of imminent national danger or great emergency'.

We can see from Will's war record that he attended annual training events in both 1913 and 1914, before the outbreak of WW1.

Britain did not want to go to war in 1914.  The Foreign Secretary, Sir Edward Grey, spent much of the summer of 1914 furiously trying to reassure Russia and Germany and to prevent a war happening.

However, under the Treaty of London of 1839, Britain had promised to defend Belgium. The Germans wanted the British government to ignore this Treaty and let the German army pass through Belgium to attack France.
The British government made much of their duty to protect Belgium.  Belgium's ports were close to the British coast and German control of Belgium would have been seen as a serious threat to Britain.
In the end, on 4 August 1914, when Germany attacked France through Belgium, Britain refused to ignore the events. Within hours, Britain declared war on Germany.

Will was mobilised at Doncaster on 4 August 1914 and embodied as a member of the Queen's own Yorkshire Dragoons, being required to attend at Doncaster, by 11.00am on 5 August 1914. 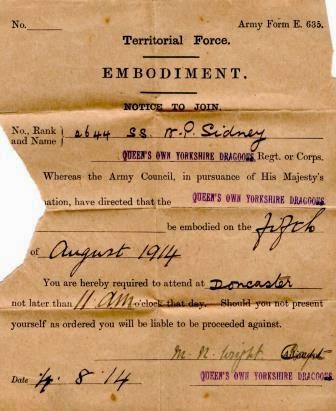