The Cairngorms - Caching on The Haggis Highway

Day 5 - Tuesday
After our crazily long and adventurous day on Monday, we were almost pleased to find the rain had returned on Tuesday morning, which meant for a relaxing day, resting our legs, around Corndavon, which was just lovely.

Day 6 - Wednesday
The weather on Wednesday morning looked like it could go either way.  We had a day of Geocaching planned, completing part of a local series known as The Haggis Highway.

We were hoping to pick up drive by caches on the road running from Braemar up to The Lecht. The fact that they were drive bys meant that there should be parking close by to pick up each cache, so if it was raining, we shouldn't get too wet.

We were starting out at the Braemar end and making our way back up past Corndavon and onwards to The Lecht.  Archie had told us about a very nice cafe along the route, so lunch was also definitely on the cards. 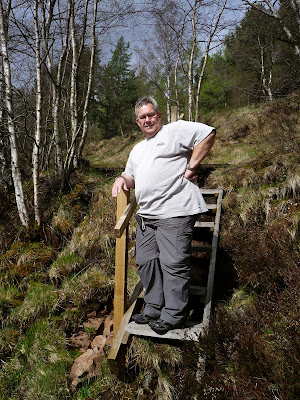 The first cache that we did was called 3 Birches & a Mossy Humpty and was along the road from Braemar to Balmoral down by the side of the river.

Whilst Martin hunted for the cache I went right down to the river side to take some photos of the river, which looked just lovely here.  We had even been blessed with a bit of sunshine to start off our day. 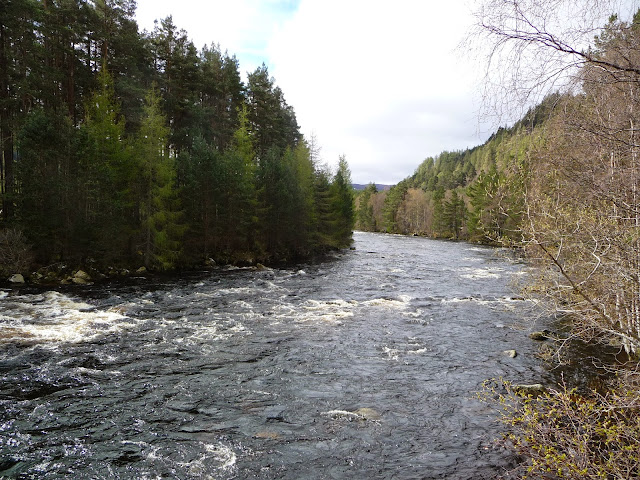 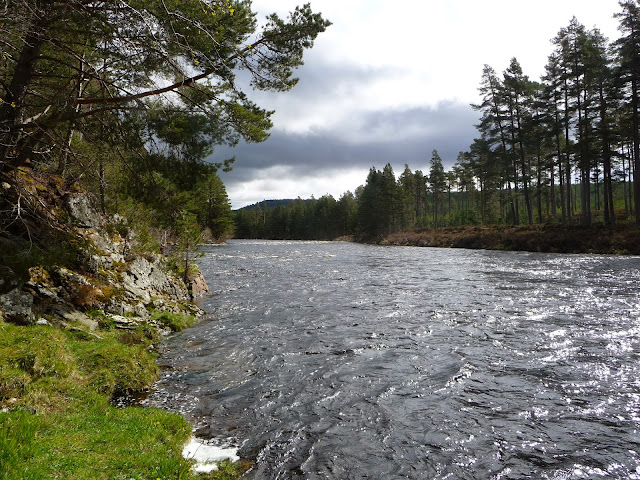 We took a left just before Balmoral to take the road up past Corndavon.  This time there were plenty of stops along the way.  As well as hunting for caches I'd decided that I really wanted to get a good picture of some of the grouse, which were pretty fascinating, once you started to notice them.

There were sneaky little beggars though.  Clearly very used to having to duck to avoid being shot at. They would perch very nicely on the top of cairns, but as soon as they spotted you they ducked down right out of sight.  They are so well camoflaged that you can hardly spot them amongst the heather. I did manage to get a few decent shots, but I can assure you, there are plenty that had me hitting the delete button.

This is my first attempt.  I actually spotted this one, not that you will see it, from the top of the hill and walked all the way back down, leaving Martin to cache hunt by himself.  I managed to get up fairly close, get ready to take my picture and, just as I was hitting the button, he ducked down behind the cairn.  You can just see him if you look very closely.  Honest!! 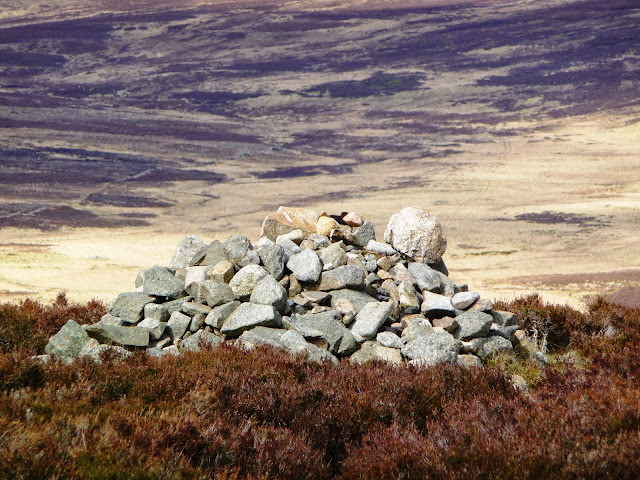 We then spent an absolute age waiting for one to come out of the heather.  Again, you can see it if you look very closely. 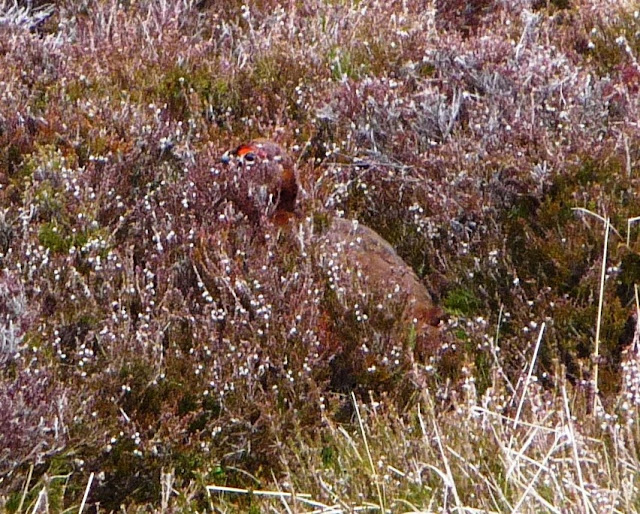 Eventually my patience was rewarded and I am quite pleased with the result. 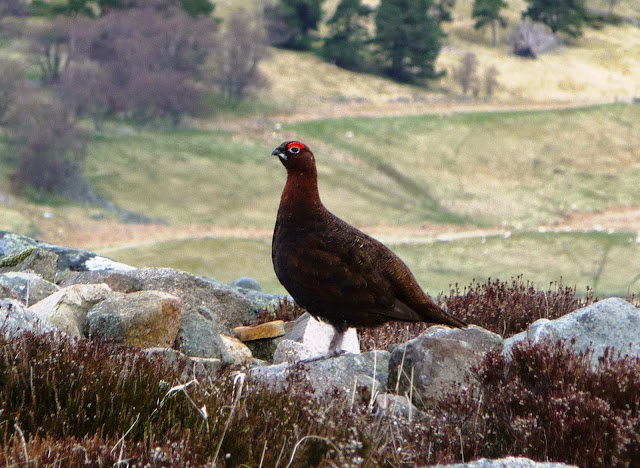 By now, my very patient husband was beginning to lose the will to live so next stop was definitely lunch.  Any caches we passed on our way, we could pick up on the way back.

We stopped at a really nice place along the A939, unfortunately I can't seem to find it anywhere on the web, so am not sure what it was called.  It is just opposite a small cemetery, pretty much in the middle of nowhere.  It doesn't look much from the outside but we had a really nice lunch of Paninis and the best ever lemon curd cake I have ever tasted.  It was definitely well worth the visit. 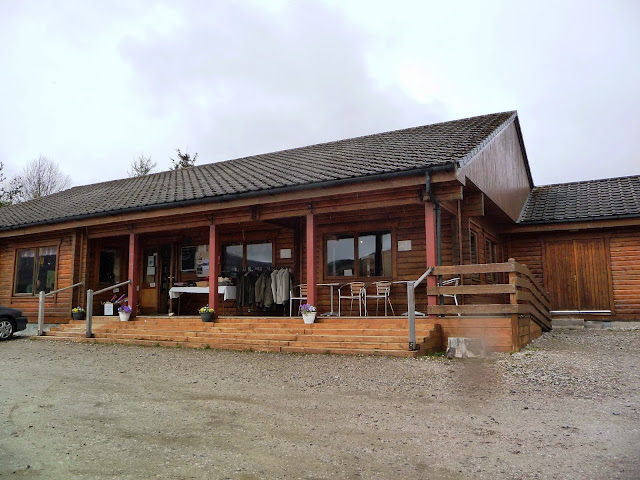 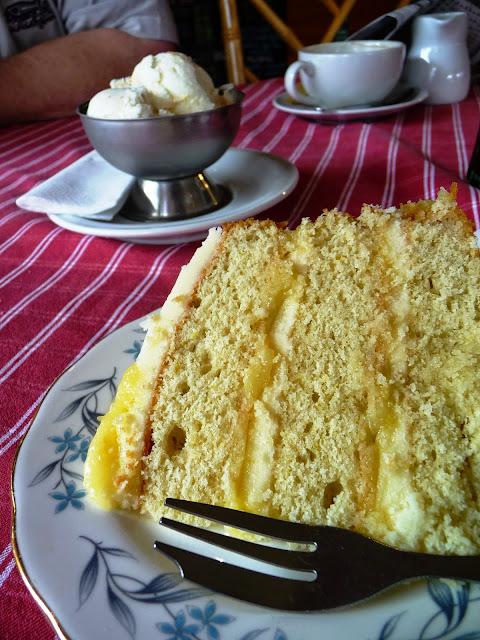 When we had finished lunch the weather had really come in so we decided that we would head straight up to The Lecht, which was as far as we were planning on heading today.  We would then work our way back, picking up caches on the way.

The Lecht is a big local ski centre and it looked very eerie high up in the mist and the clouds today. It was also absolutely freezing, totally different from what we'd had down in the valley earlier in the day.  I braved the cold to get a couple of pictures, which don't show much, but do give the impression of the cold and the wet.  Martin then headed out to grab the cache, which turned out to be our farthest northerly find ever. 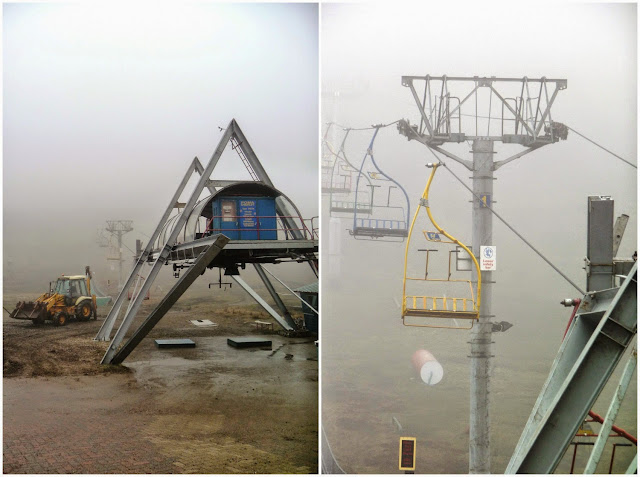 From The Lecht we began to make our way back down the A939, the Old Military Road, and back to the warmth of Corndavon.

As we began to descend, the mist began to clear and we pulled into a viewpoint to pick up a cache by a carved stone sculpture with view holes bored through it.  From here we had great views of Corgarff Castle, though from a distance, it doesn't look very castle like.  Again, another little spot that we would have driven straight by if not for Geocaching. 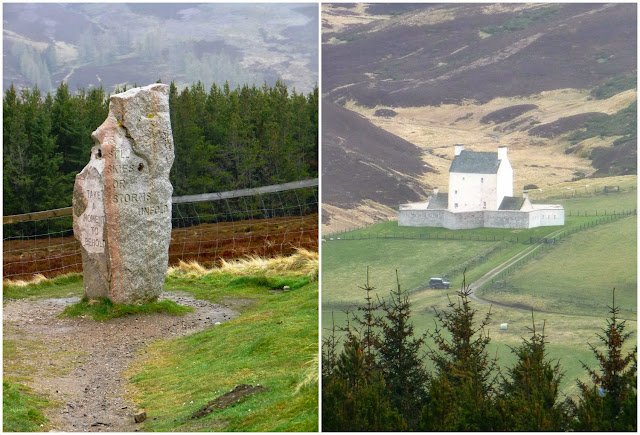 We just had to stop again, a bit further down the road as we spotted a poor old partridge being dive bombed by lapwings, something neither of us had ever seen before, I don't think I've even ever seen a lapwing!  It was pretty surreal. 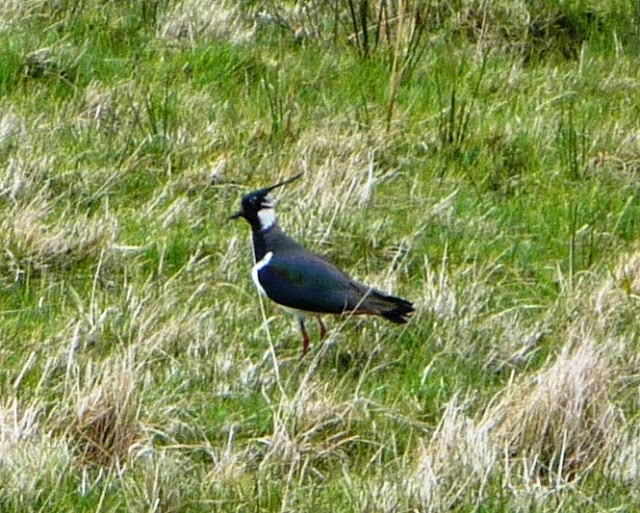 We carried on, back past the cafe opposite the old graveyard, where we'd stopped for lunch, the weather clearing all the time, though it was still pretty grey. 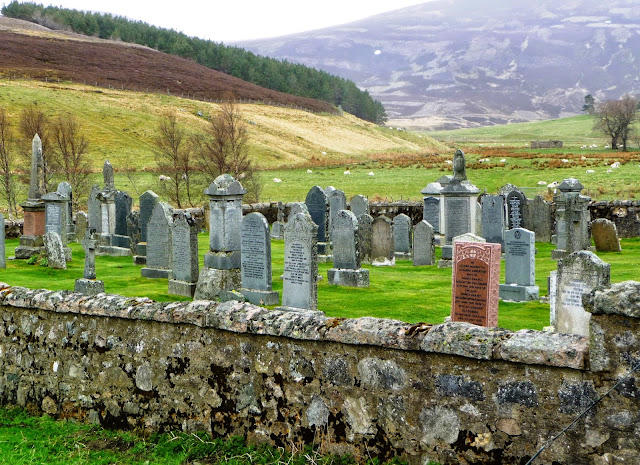 We were well on the home straight by now and just a few more caches to do, all in wild and windy spots and we had got to the point where Martin was sent out and I stayed in the car.

We came across a few more interesting sights, these steps that lead up from a layby on the road, but appear to go nowhere at all.  We had no idea what they could be for. 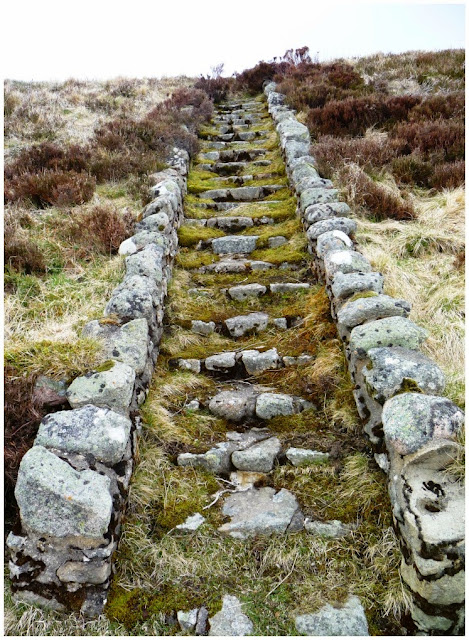 Martin then spotted something that had him dashing back to the car for the camera.  He'd found a cache by an OS bolt.  Literally a bolt embedded in a rock, up a slope by the side of the road.  He found this absolutely fascinating and there was lots of research to be done once we were back at Corndavon in the warm. 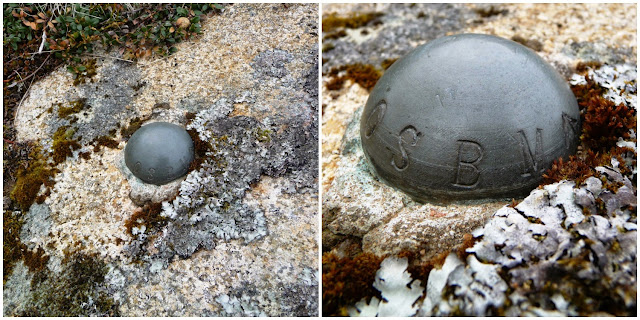 Before long we were back where we started.  In the warmth of Corndavon with a log fire and an easy tea on the cards.  Although all we had pretty much done was to drive from Braemar to The Lecht, a distance of about 25 miles each way, we had seen lots of interesting things, had a good lunch and picked up 21 caches to boot.  We were more than happy with that for a day's work!!
Posted by Carol at 09:31