The Cairngorms - The Tomnaverie Stone Circle, The Burn O' Vat & Back to Ballater 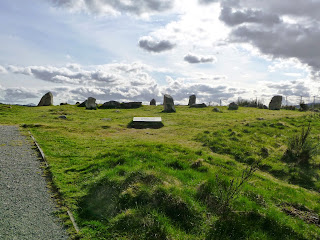 From Braemar we headed back towards Ballater as we wanted to visit the Tomnaverie stone circle that we had passed the other day, when it was too wet to visit.

There was a geocache there and, as well as the ancient stone circle, there was also a Cold War underground listening post, which we think are always worth a look. We just find it fascinating that all of these underground spots are still around and unless you know what they are, you would walk past without giving it a thought.

Sadly, we weren't the only visitors to the stone circle but we managed to get a few good photos before going to have a look at the listening post and finding the cache. 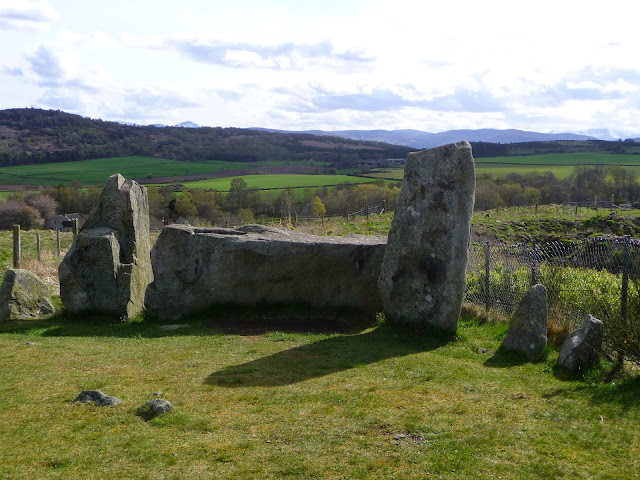 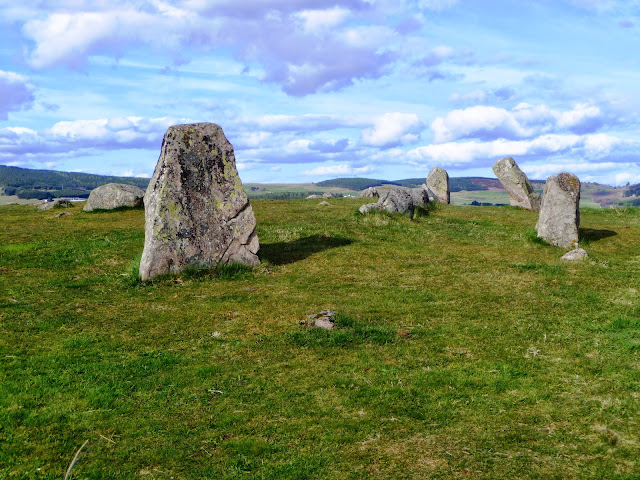 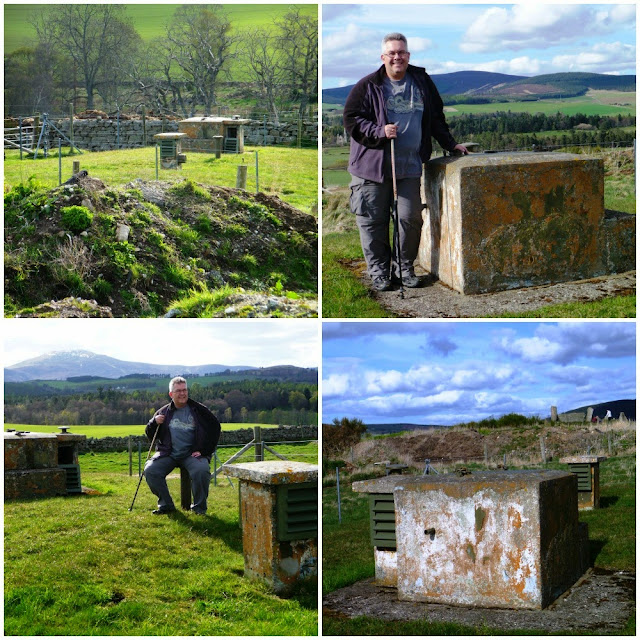 From here it was time to start to make our way back towards Ballater and Corndavon Cottage, but not without a few stops along the way, the most memorable being the Burn o' Vat at the Muir of Dinnet nature reserve.

We stopped because we knew there was an Earth cache here and we always like one of those. We had no idea what to expect and followed the path as instructed.

We seemed to come to a dead end but the cache description said we should look for a gap in the rocks and make our way through. Really???  It looked pretty narrow and very rocky and there was water coming through the gap. 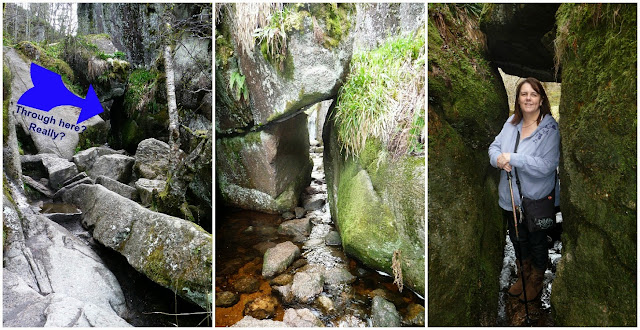 The instructions said to climb the rocks up to the gap and then to use the rocks on the ground as stepping stones to make our way through.

Well, I went first and when I looked through the gap I was just awe inspired and really excited. Martin could tell it was gonna be good from the look on my face and we both gingerly made our way through the gap.

We ended up in what seemed like a high cauldron with a waterfall tumbling down from the other side.  It was amazing. The sound was really echoing around. Neither of us had ever seen anything like it and were really glad that we'd made the effort to make the walk. 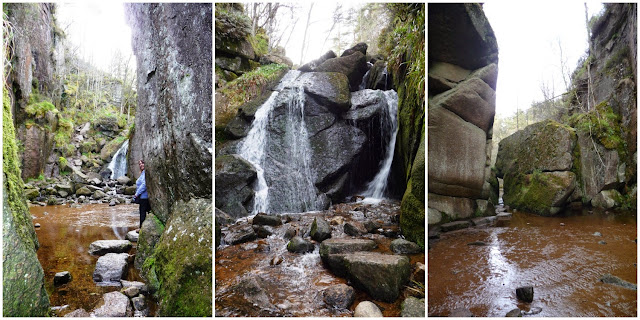 We took loads of photos, but there is a really good one on the web of Prince Charles entering the Vat, which you can see here, so we've trodden in the steps of royalty for another time today. 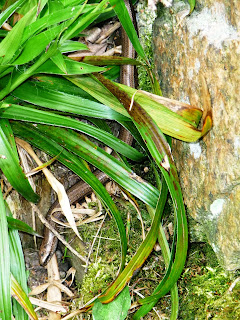 Time was now really getting on and there was one more thing that we wanted to do on our way back so we made our way back to the car and headed off again.

Our last stop, before trying to find somewhere to eat in Ballater, was the Cambus O' May bridge. This is a Victorian suspension bridge across the Dee just outside of Ballater.  Again, we were on the trail of a cache. Geocaching really does take you to some really interesting places.

On our walk down to the bridge we saw a slow worm, neither of us have ever seen one of these before and we tried to take some pictures but it was very shy.

We went across the bridge and picked up our last cache of the day before making the final leg of our journey. 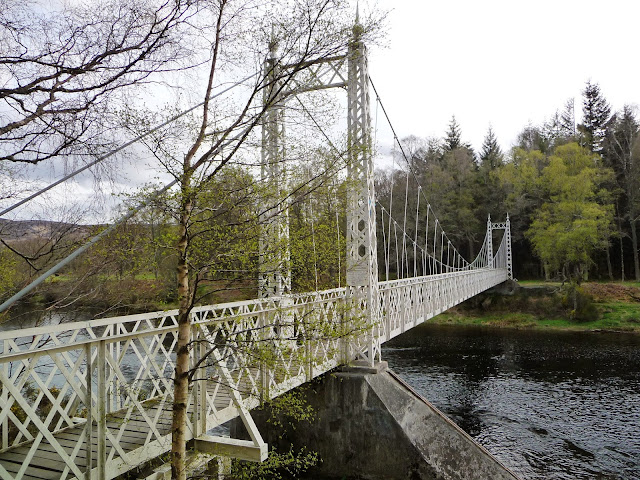 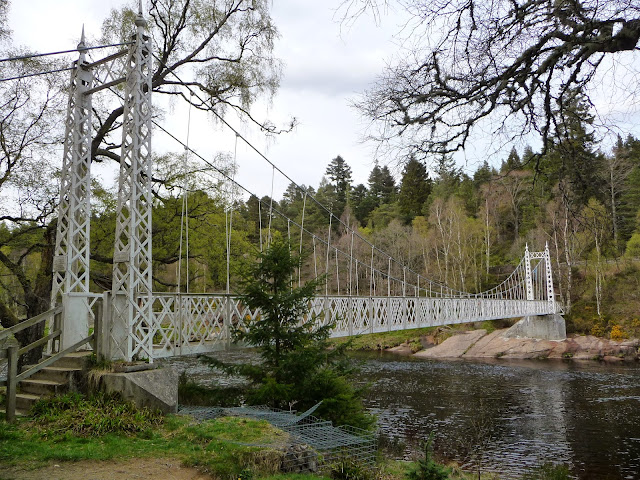 It was too late to cook so we headed into Ballater and found the fish and chip shop, which had a a few tables and chairs next door where we sat and ate our haddock fish supper. 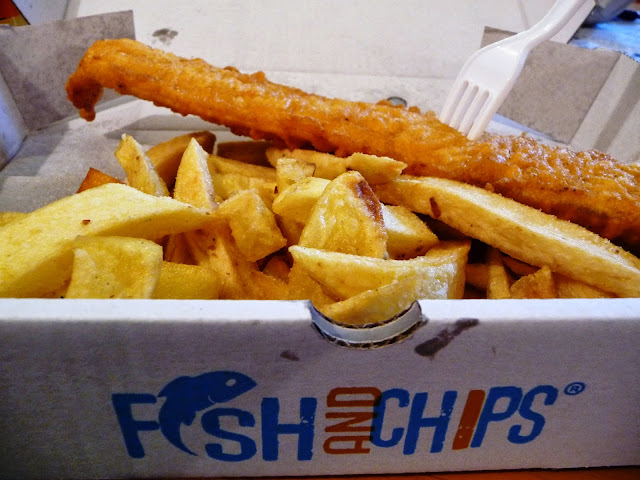 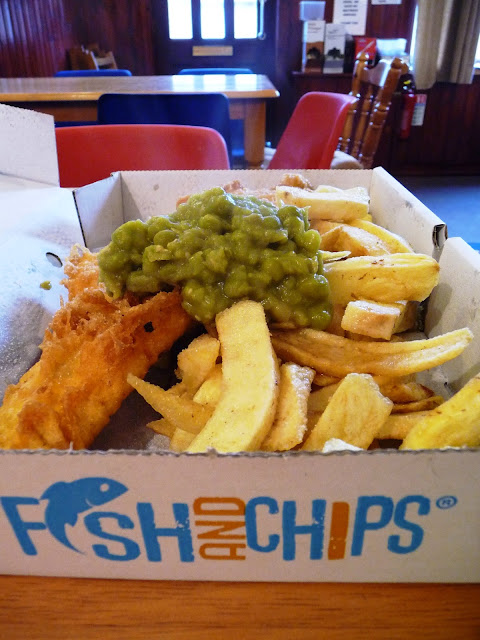 Finally, after setting out at 9.30am, we returned to Corndavon at 8.30pm, absolutely shattered, but having had one of the best days ever. Hopefully it won't be the last we see of the sunshine but if it is you can't say we didn't make the most of it.
Posted by Carol at 13:39