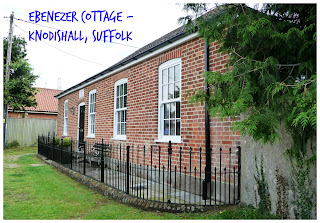 Number 7 on my list of 50 things to do before I'm 60 is to holiday on the Suffolk coast. Well, I am pleased to confirm that I've achieved another big tick.

We are just back from spending a week in Ebenezer Chapel, a holiday cottage in Knodishall, a pretty little village, just in from the coast between Southwold and Aldeburgh.
I have plenty to tell you about our week's stay but first let me tell you what we thought of Ebenezer Chapel.

Our first impressions came as a bit of a surprise. We parked up and walked up to the cottage thinking we must be able to park closer for unpacking purposes. We soon found out that this was not the case!

Whilst there is only a tiny bit of outside space, the Chapel is in a lovely spot, though it is literally just a few yards opposite the Methodist church. We did wonder if it might get busy, especially on a Sunday morning. It is on Knodishall Common and, as such, is approached from two sides by public footpaths, so we also thought it may possibly not be that private. 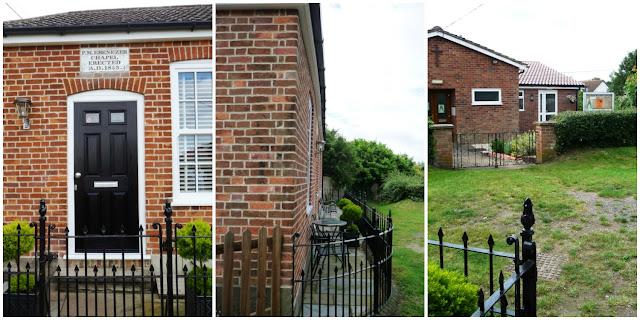 Unpacking did end up being a bit of a pain, though it could have been much worse. We were lucky that the weather was reasonable. I can't imagine it would be much fun at all, making the nine trips of 75 steps each way, up that would then be a pretty muddy footpath, though we do have a bit of a tendency to pack for every eventuality.

It does say on the website that there is no private parking, but that certainly didn't prepare us for not being able to park up closer to unpack and pack the car.

Within a few minutes after unpacking it was clear that the public footpaths were pretty well used, so there would definitely be no wondering about in the buff as there are lots of windows.

Inside, the main living area is impressive, light bright and very nicely decorated. It's very contemporary, with natural wood floors and doors and decorated in grey and white tones, whilst maintaining plenty of comfort. 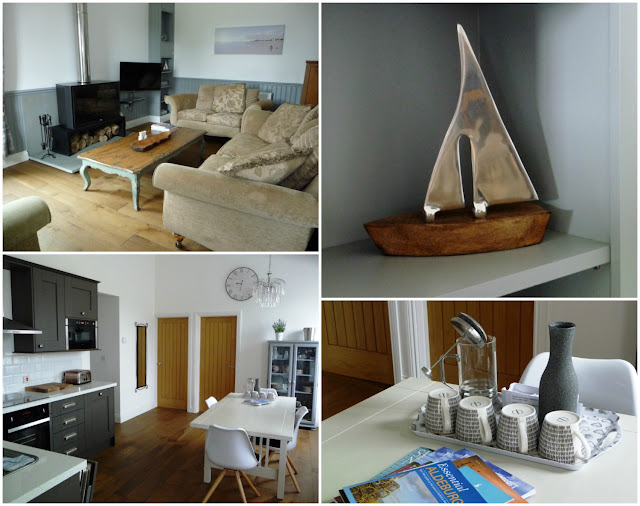 It also had the biggest log burner that we've ever seen, not that we used it as we were blessed with the hottest temperatures of the year.  We were very grateful for all of the big sash windows, which let in plenty of fresh air and a bit of a breeze.

Two bedrooms lead off the living area, with no wardrobes, which seemed a little unusual. There are open hanging rails in each bedroom, which are functional, but we weren't really keen on the idea of. We like to be able to hide all of our stuff away to keep everything looking nice and tidy.

One of the bedrooms is en suite with a large shower, which looks good and worked really well. Both bedroom windows are covered. It turns out that this is to resolve a privacy issue, as both look out directly into a neighbour's garden, but it was strange to have no views. 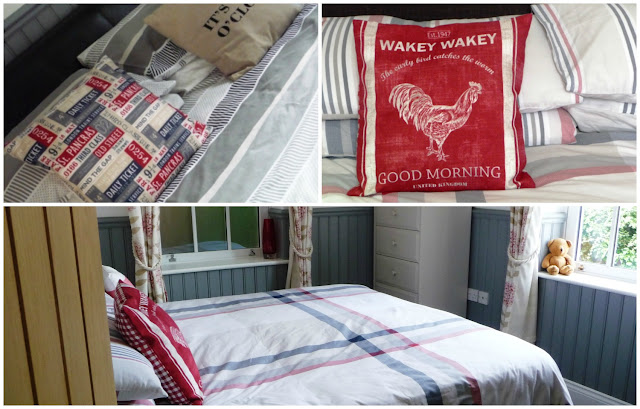 There is also a nice roomy family bathroom, with a bath and shower.

Whilst the interior of the cottage is lovely to look at, storage is not brilliant. There is nowhere to store shoes, nowhere to store suitcases and very limited free storage space in the kitchen, including a pretty tiny fridge. We struggled to fit a few days worth of provisions and soft drinks in there, definitely no room for the beer!

It wasn't the best start. Having read the guest book I decided we must be really picky as everyone else who has stayed here has loved it.

As the week went on and we settled into the swing of living in the cottage, we did end up really enjoying our stay there.

It was nice not having any traffic driving past, it was nice being able to have all of the windows and the front door open in the heat, only having to be concerned about the occasional dog walker wandering past. The Methodist church opposite only had visitors a couple of times in the week and we hardly noticed them.

The lounge was, oh so comfy and the rest of the living area was so spacious.

Whilst the initial impressions did make this a cottage that we wouldn't re-visit, they didn't spoil our holiday and we had a really lovely week. We were blessed with very good weather and some cracking sunsets. 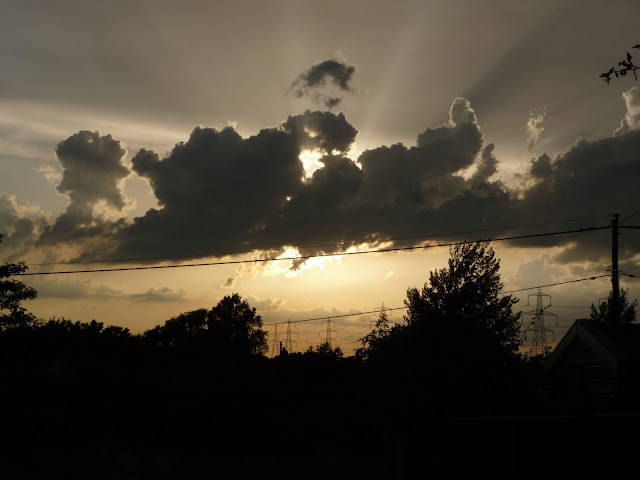 Knodishall is a really pretty little village and is an ideal spot for exploring the Suffolk coast, which was just lovely. 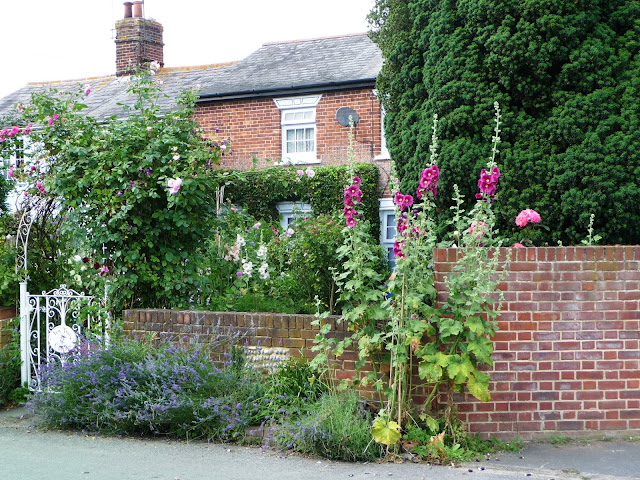 I think that Gorgeous Cottage we stayed in back in May in Yorkshire has spoilt us!
Posted by Carol at 10:48