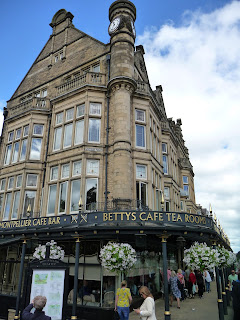 Normally I'm very good at keeping my posts in order, and I've still got lots to tell you about our
holiday on the Suffolk coast, but we're just back from a jam packed weekend spent in Harrogate with friends, so I thought I'd make a bit of a detour there first.

We headed off on Friday morning and spent the afternoon at Beningbrough Hall, a National Trust property just outside of York.  I'll tell you more about that in another post, but it's definitely worth a visit if you're up that way. 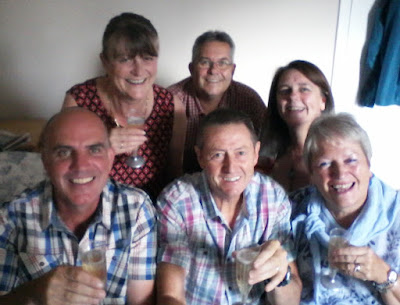 It was our 5th annual meet up and we were all staying in a little Bed & Breakfast called Ashwood House, ideally placed for visiting Harrogate, with plenty of parking, and within about 10 minutes walking distance of pretty much all you'd want to see.

We had a lovely big room on the top floor, which was light, bright and airy and had everything that we needed to keep us comfortable for the two nights we were there.

Friday night started off with a sneaky prosecco before we headed out for something to eat. 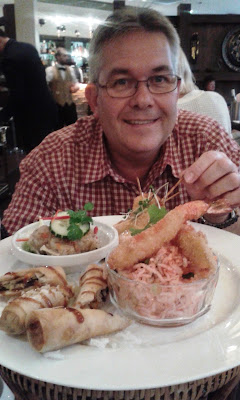 We ended up in a Thai restaurant, about 10 minutes down the road, called Sukothai and, from the minute we entered it looked very promising.

We opted for a set meal and couldn't resist photos of the starters, which looked absolutely spectacular. All six of us were well impressed and couldn't wait to tuck in. We weren't disappointed, all were really tasty and the plates were soon cleared.

The mains were soon delivered, a selection of three different Thai dishes, with plenty of rice. We were too busy eating by now for any more photos, but I can certainly say we had a great meal, which was also pretty good value.

Having had a long day, Martin and I opted for heading back for a reasonably early night, whilst we left the others to take in a few more beers along the way.

Saturday morning, filled with a very good breakfast at Ashwood House, and we were on our way out to explore Harrogate, with a definite stop at Betty's on the cards, even if we ended up queuing.

We were blessed with good weather and started out with a wander, heading for Valley Park. 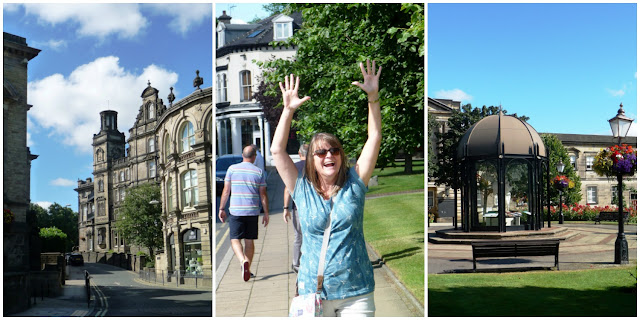 We had a good walk around Valley Park, which looked lovely in the sunshine. 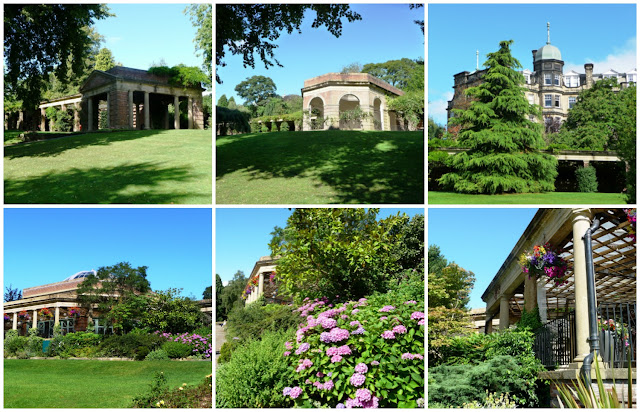 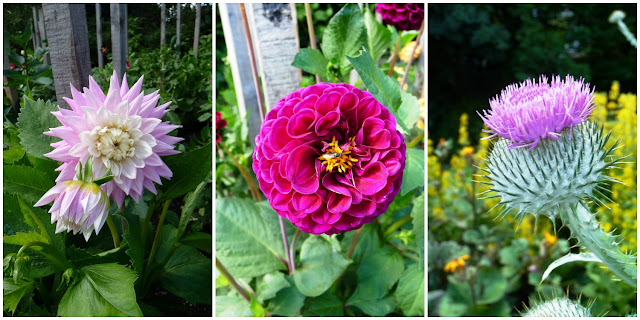 We had the obligatory selfie ... 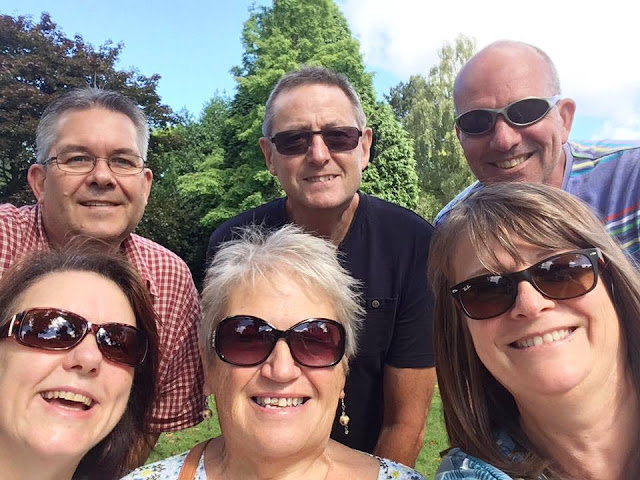 ... before heading into town and ending up at Betty's, a bit earlier than ideal, as we were still full of breakfast, but hey, there was no queue, so it was a bit of a no brainer. 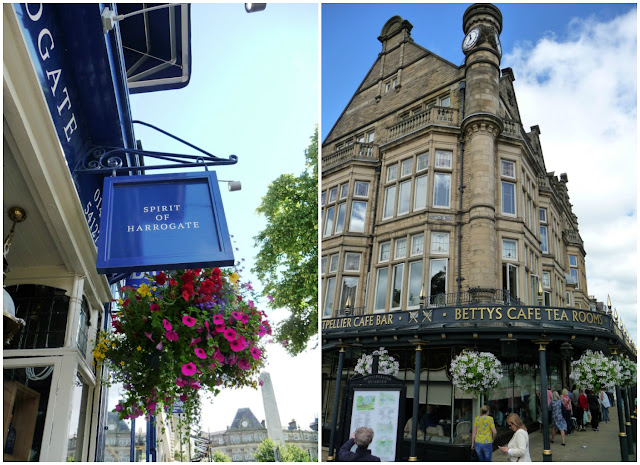 Though we weren't really hungry, there was plenty to tempt us. 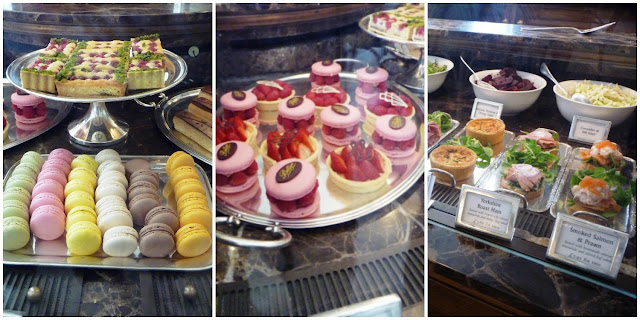 We felt it was an absolute must to try at least a little treat and I opted for a raspberry macaroon, stuffed with raspberry butter cream and fresh raspberries.  Now it may sound odd, but I've never had a macaroon and I've always wanted to try one. I wasn't disappointed, it was just the right sized treat for a mid morning snack and went down very nicely with a glass of chilled elderflower bubbly. 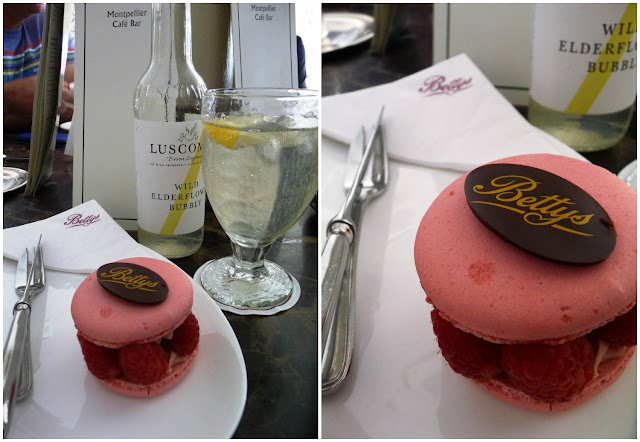 We were soon back out in the sunshine exploring the town centre, with plenty of shopping going on along the way. 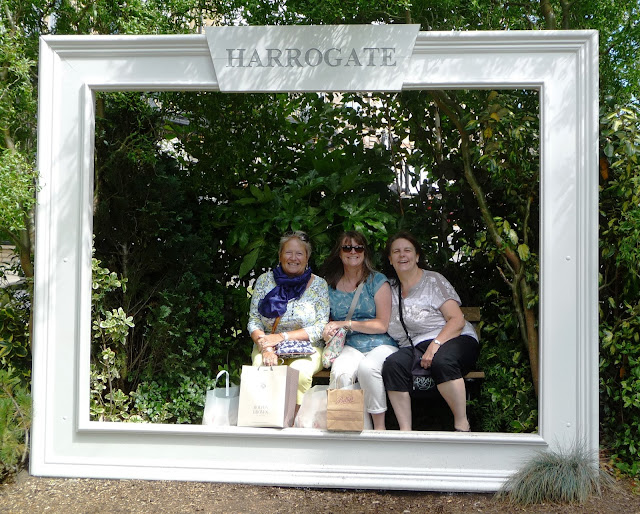 Once the sun had passed the yardarm, it was time to find another spot for a bit of light refreshment of the liquid kind and it was into The Fat Badger for a comfy seat and a nice cold drink.

With aching legs, not having done so much walking for a while, Martin and I decided it was time for us to head back to base for a bit of a chill before heading out to try out Gianni's, an Italian restaurant just down the road. 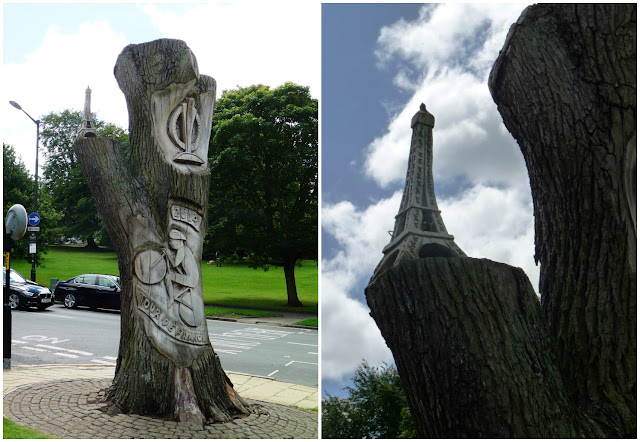 We went back via the spring at the Old Pump House, where the obligatory photo was taken for Geocaching purposes, though Martin refused point blank to try the water ... it did smell pretty bad, I have to admit. 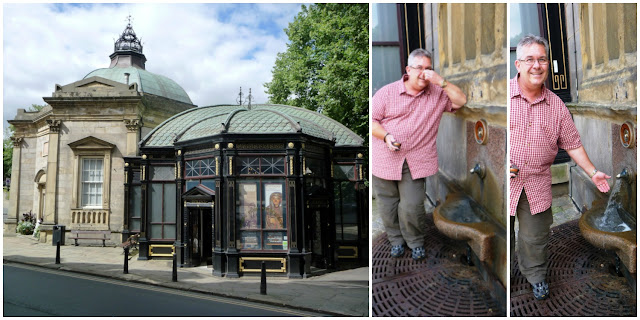 We also had another wander round Valley Park, where we stopped for a quick sandwich. 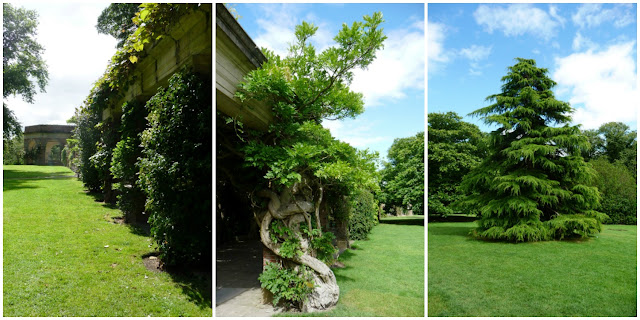 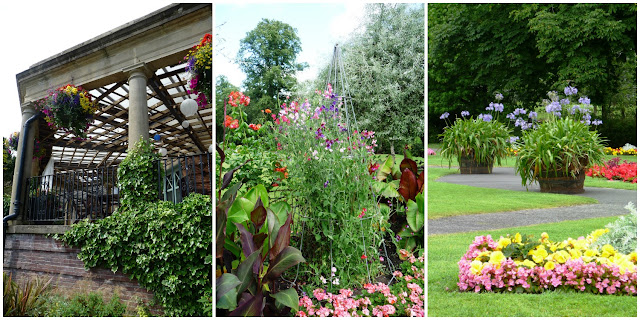 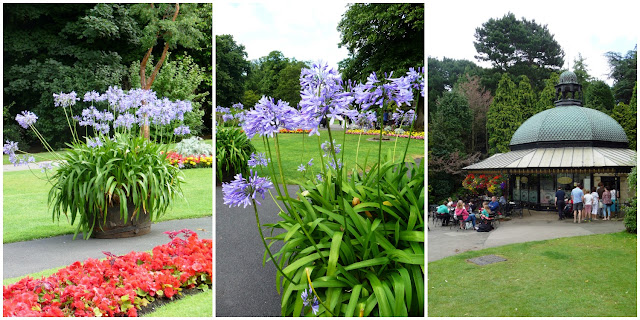 It was then time for a bit of a chill out and the setting up of the craft stall, before meeting up again before heading out to the Italian, which provided us with another very good meal. 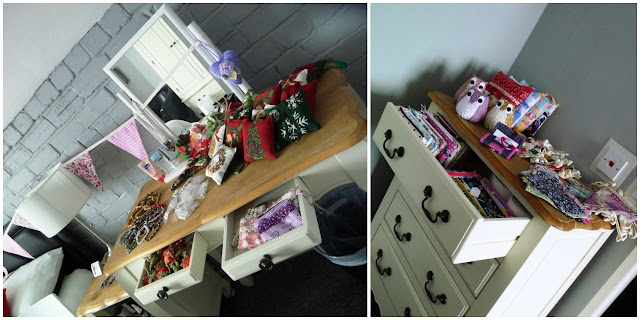 Sunday morning and, after another very good breakfast to finish off a lovely weekend catch up, it was time to say good bye and to head for home, but not before agreeing next year's meet up was to be in Betws-y-Coed, with a walk up Snowdon for some and a trip to the top on the train for us, another of my 50 things to do before I'm 60.

We decided to take in a quick visit to Knaresborough on the way, which I will tell you more about later.
Posted by Carol at 11:27