Hi there everyone 😀
Whilst there was not a lot in the way of variety, for some reason I managed to fit in a fair bit more reading than usual during March ... all of the Jack Reacher variety I'm afraid ... I really am hooked on this series and am finding myself not really interested in reading much else at the moment ... 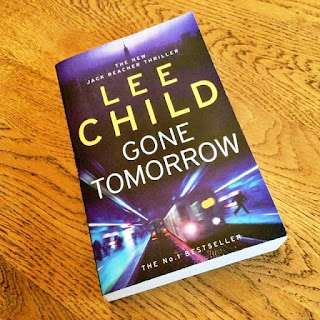 After straying from Jack for a very brief while it was back to number 13 in the series, which started off with Jack testing out the security services theory that suicide bombers are easy to spot.
Really ... it could only happen to Jack, riding the subways minding his own business, on his way to nowhere in particular.
As it turned out there was a flaw in the list of 12 things that indicate that someone falls into this category and Jack was faced with unexpected consequences when trying to avert a disaster.

Feeling an element of responsibility for what happened Jack couldn’t help getting involved and trying to find out a bit more about what had lead to such an unexpected outcome and, as usual, found himself in pretty deep, trying to avoid the ‘good’ guys, who are not always really good, and flush out the bad guys, who pretty much are always bad.

As ever there was plenty of collateral damage, but Jack came out on top in the end, be it a little more battle scarred 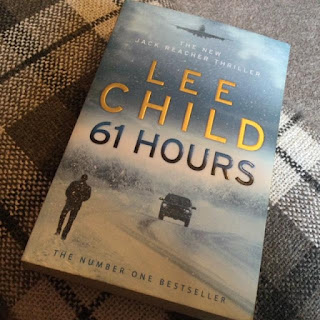 I read this one in less than 24 hours ... it really is incredible what can happen in just 61 hours. It was the 14th in the Jack Reacher series and it was a bit different in that there was one heck of a cliffhanger at the end ...if I didn’t know there are still a stack of books left in the series I would be wondering if my liaision with Jack had come to an end.
There were plenty of twists and turns and a couple of real surprises along the way but it was another gripping tale ... I could almost feel the cold of South Dakota that ran right through the tale and impacted on almost every chapter.

Worth Dying For
Lee Child 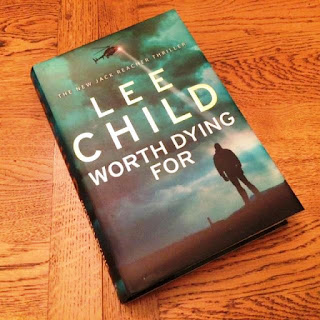 After finishing 61 Hours I dived straight into this one. Whilst I knew Jack would have survived the final cliffhanger of the previous book ... I was keen to see exactly how he got out of his predicament.

It looked like I was going to be disappointed. This one started off with Jack in another city ... still cold ... though there was a bit of continuity as he was still wearing the long warm borrowed coat and he was suffering from injuries sustained in his escape.

He was also heading for Virginia ... presumably to see if Susan Turner ... the current CO of the 110th ... lived up to the image he’d imagined after speaking to her on the phone in 61 hours.

You would have thought he would have been happy to rest up for a while but no chance ... Jack just couldn’t resist a plea for help from a damsel in distress and there you go ... straight back into another load of trouble.

I did get get to find out how Jack had gotten out of his previous predicament and this was another addictive read, finished within another 24 hours ... as I couldn’t wait to find out how it all panned out.

It all came together right at the end with something I wasn’t expecting, but all of a sudden made perfect sense. The bad guys, who turned out to be very bad were appropriately dispensed with and Jack resumed his efforts to reach Virginia. 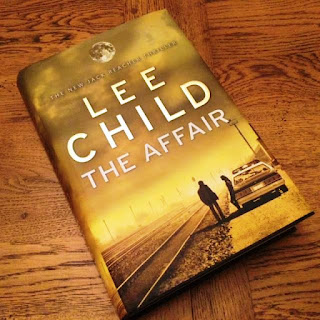 I dived straight on into The Affair.
The thing with this series is that each book is like a new chapter so it’s just like carrying on with a very long read.

This one was a bit different in that it took us back to March 1997 when Jack was coming to the end of his time in the army.

It was interesting to read about Jack's brother Joe's postcard and the mention of Blind Blake ... as he is the guy who’s history Jack was chasing in one of the first of the series I read ... The Killing Floor ... before I went back to the start to read them in order.

In this one Jack had been sent to a town close to a military base where it seemed possible that someone from the base had murdered a young girl. For a good while it was hard to tell whether Jack was there to actual help solve the crime or to cover it up if it turned out that the military were involved.

Whilst Jack was a loyal member of the army he does have a very strong sense of right from wrong and people getting their just desserts so it was going to be interesting to see how this one panned out for Jack ... and indeed for the US Army.

Would this be the scenario that saw him leave the army or would he end up having to compromise his ideals?

It did end up being the point at which Jack decided to opt out ... not that he had much choice really ... but I was pleased to see that he left with his integrity totally intact ... both from a point of loyalty and from his personal sense of right from wrong. 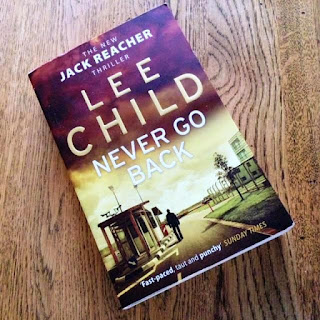 Finally ... Jack makes it to Virginia and the home of the 110th, where he is hoping to meet up with Susan Turner, the current CO, who he liked the sound of on the phone when speaking to her from South Dakota in 61 hours.

He had no problem accessing the base ... but finding Susan was another matter, being told she’d shipped out to Afghanistan.

In no time at all Jack found himself accused of a 16 year old murder and co-opted back into the army so he could be investigated.

Of course Susan was not on Afghanistan, but under lock and key in a military prison, somewhere Jack soon managed to conspire to be.

Before lpng both Jack and Susan were on the run, trying to find out what on Earth was going on. They worked well together, in more ways than one, and managed to get to the bottom of the fictitious charges against them both.

In the end, happy having achieved his goal of meeting Susan to find out what she was like ... and happy with what he found ... the two parted company and Jack resumed his journey to nowhere in particular. 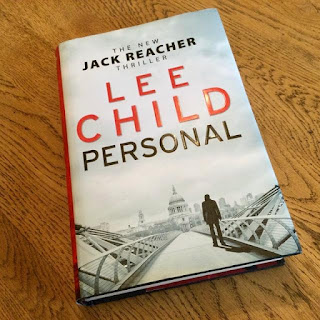 This one started out with Jack on another bus heading for nowhere in particular but being unable to resist picking up a discarded copy of The Army Times. Only to find a message in there for him from an old colleague asking for him to get in touch.

Predictably Jack couldn’t resist and found himself smack bang in the middle of the action on a hunt for an old army sniper that Jack had put away 15 years ago. He'd just been released and his whereabouts was unknown.

He was suspected of taking a potshot at the French president and this time we saw Jack doing a spot of travelling around Europe.
First to Paris where the shooting had taken place, where he had chance for a quick visit to see his mum's grave in Pere Lachaise ... it may sound odd but if you are ever in Paris and get chance to visit this cemetery I would definitely recommend it. It is beautiful and there are some very well known characters buried or interred within.

From Paris Jack headed for London and this is the first time time he’s actually been to London in this series of books ... though an old love interest did move there a while back ... I was interested to see if there would be any mention of her, though Jack did seem pretty taken with the young lady accompanying him from the State Department ... be it she seemed just a tad young for him.

In the end there was no mention of Jodie and I think this may be the first one I’ve read where Jack didn’t have a swift liaison with the strong lady that he was teamed up with.