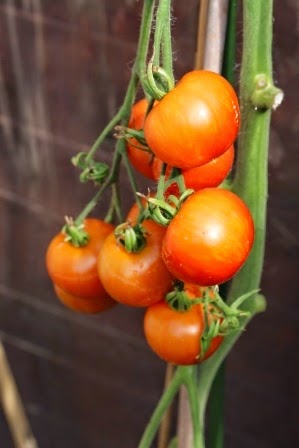 We had our first go at growing our own tomatoes from seed this year. In previous years we've always bought them either as plugs or as small plants.

All did really well as seedlings and we had enough for both ourselves and for mum and dad.

After a slow start, all have done brilliantly well, and we are now in the position of having more tomatoes than we really know what to do with, so on the agenda one day last week was Tomato and Chilli Jam.

I'd already tried this recipe a few weeks ago, but the measurements only yielded 2 small jars of the jam so, this time, I was doubling up. 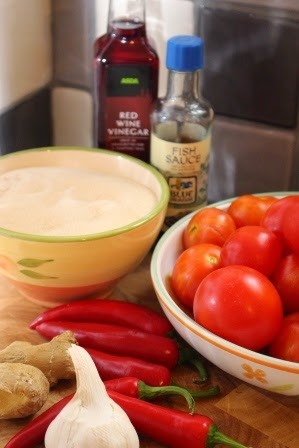 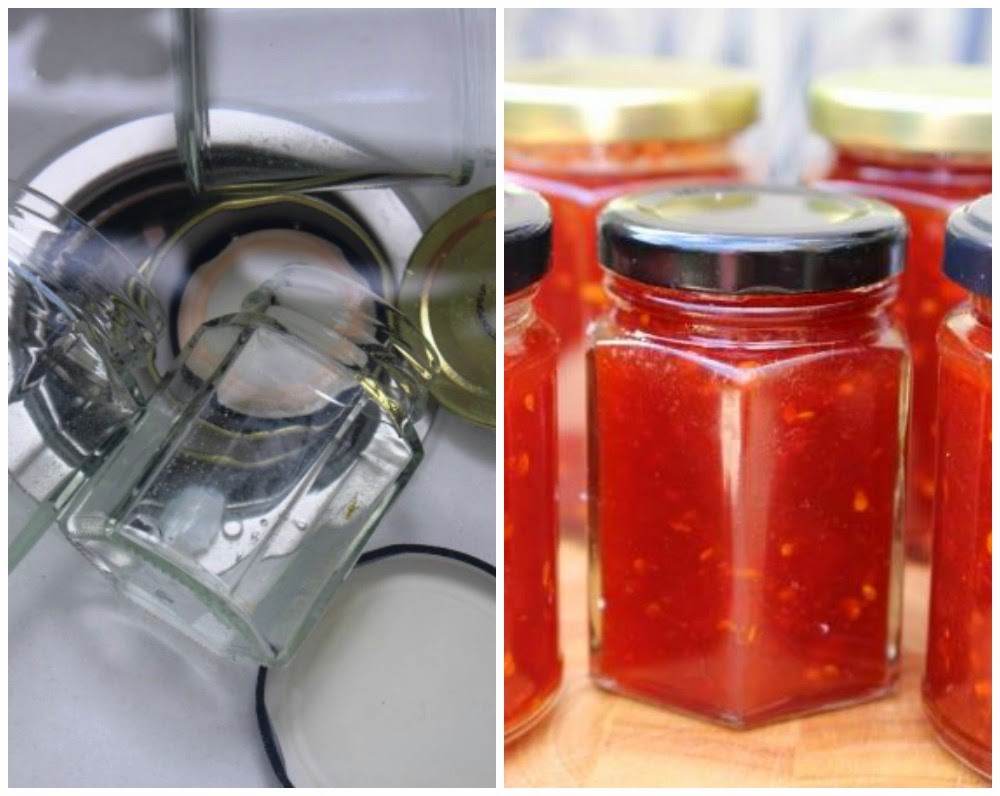 This jam can be used as a savoury spread to perk up sandwiches, served with a cheese board, as a dip, or as a replacement for chilli sauce.

Email ThisBlogThis!Share to TwitterShare to FacebookShare to Pinterest
Labels: In the Garden, In the Kitchen, Life of Pottering, Recipes, The Garden at Number 27, The Veg Plot