Dartmoor - Caching on The Moors

The plan for Saturday was to rest our legs a bit, as we'd done a fair bit of walking about so far.

I had planned a route of caches on a circular route around Dartmoor, that we could do in the car, with not too much walking.  We were hoping that we would also get to see the more natural side of the moors.

We started off just down the road in Leusdon, with another Church Micro that was just a short walk from the designated parking spot to pick up some clues around the churchyard, followed by a short walk back to pick up the cache.

We did stop for a wander around the church, which was decked out with fruit and flowers, we presume for the harvest festival. 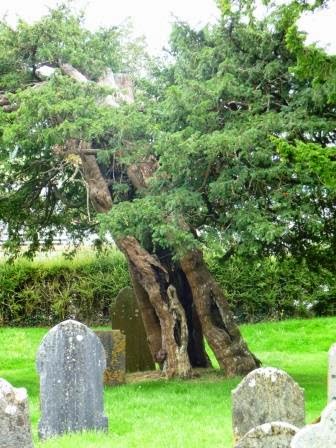 After taking lots of photos of a very interesting looking yew tree it was into the local community run cafe for a big breakfast for Martin and a sausage and mushroom sandwich for me.


Next stop was a parking area by the Venford Reservoir for a good old yomp across the moors to pick up a couple of caches that were pretty much in the middle of nowhere. So much for resting our legs, but then, we did need to walk off breakfast.

The scenery was amazing, we could only begin to imagine how beautiful it would look with a bit of blue sky and sunshine, today was quite dull.

We found what we were looking for and took loads of pictures before making our way back to the car.

We were then on the homeward strait and had a quick stop at Dartmeet in the way past to see what was there. It was a really lovely little spot and we were too tired to do it justice today so decided to save it for another day.

It was then back to Moorbrook Cottage for chicken tagine, which had been in the slow cooker all day. I'd like to say I'd got up early and made it but you'd all know that just wouldn't be true.
Posted by Carol at 14:59

Email ThisBlogThis!Share to TwitterShare to FacebookShare to Pinterest
Labels: Beautiful Britain, Dartmoor, Devon, Geocaching, Life of Pottering, Out and About