In the Garden - September

September has really seen the start of the signs of Autumn in the garden, with the leaves starting to turn those gorgeous warm Autumn colours and plenty of bright red berries on the Rowan. They've also started to fall, so it won't be long before the leaf sucker has to be dug out of the shed.

In the vegetable garden we've had the last of the harvests of tomatoes, cucumbers, carrots and beetroot, the french beans have died back and I don't think we're going to see any more courgettes.

We didn't get to spend that much time in the garden during September, but we did manage to get two big 'bursts' in.

The first involved mum and I spreading round the excess of dirt left over from the brick edge project. This was real hard work but we've now managed to level out the borders around the bottom half of the garden.  It was a job that definitely needed doing. 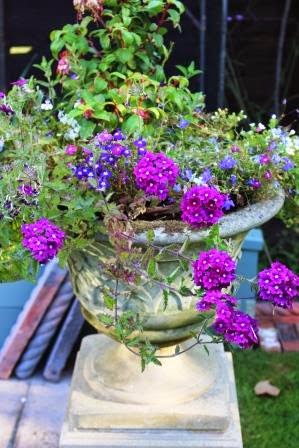 We also moved the urn, from the depths of the border, out onto the patio, and shifted the Acer to give it a bit more room.

We then moved some border plants in readiness for next year. We moved the very tall Anemones to the back of the border as they were blocking the view of the Camellia, which will now have room to shine.

Whilst mum and I were doing this, dad and Martin were starting on repairs to the arbour roof, which had pretty much collapsed in on it's supports.  They also felted it, as some of the roofing boards had rotted and split.  We hope we should now get a good few more years out of it.

Mum and dad's efforts were rewarded with a slow cooked Abruzzi Lamb and Martin's first attempt at home made Focaccia, which was pretty darn amazing. 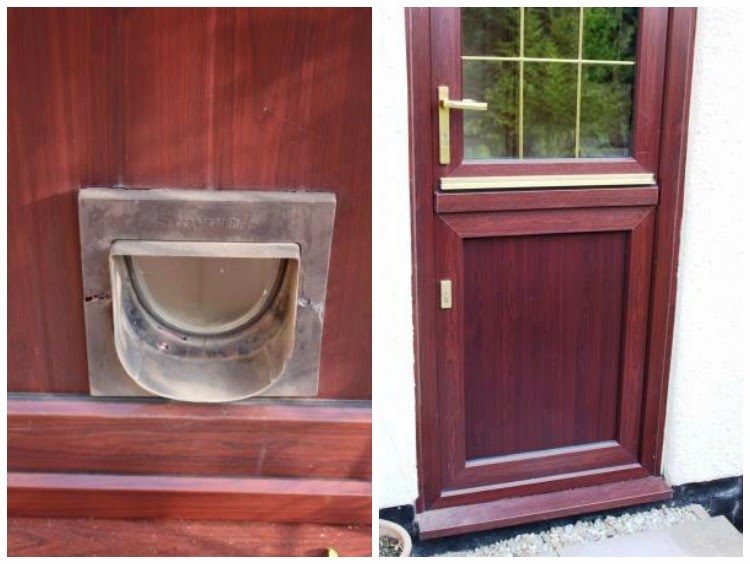 Our other big burst involved an afternoon visit from our good friends Jackie and Phil.  Phil, with a little bit of help from Martin, fit us a new back door panel, so the cat flap has now gone.  Sad, I know, but it was broken and letting in water.

They also managed to clad the tatty and rotten weatherboarding above the back door, which was another one of those jobs that has been on the agenda for a long old time.  We now need to find ourselves a nice new outside light to just finish it off. 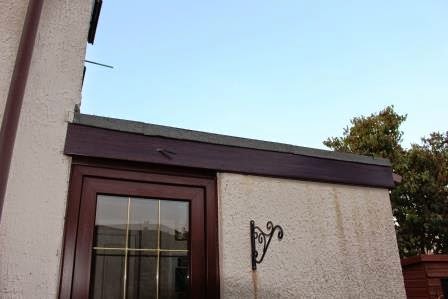 Jackie and Phil's efforts were rewarded with a slow cooked chilli, followed by a Key Lime Pie (which I have to confess was bought from Asda).

In between our two big 'bursts', mum and I managed another couple of small ones and started on the big Autumn tidy up.  We pruned the Roses and Clematis on and above the old shed.  We also cleared the small border in front of the shed.

We cut back the beans, but left the roots in the soil as they will add nutrients back over the Winter. We also collected dried bean pods to save the seeds for planting next Spring.

We cleaned and bundled up the canes that have been in use over the summer, had a really good sweep up and cleared away the empty plastic pots and trays. 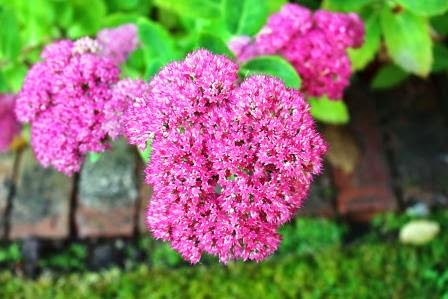 There's not much in flower in the garden at the moment.  The white climbing rose has had another spurt and the potted daisies and rudbeckia are still going strong. The Sedum, or ice plant, is about the last thing that we have to flower and that is starting to make a good show.

There's still lots to do, borders to be finished, ivy to be given it's Winter trim, the arbour to be finished and the front to be tidied, including another shear for the privet and the annual trimming of the conifers.

I started off this post thinking we hadn't done much in the garden in September, but when it actually comes down to it, we did a lot more than I thought!
Posted by Carol at 13:02