Back in September I had a lovely day out in the summer sunshine meeting up with old friends from work for the day in Gloucester. 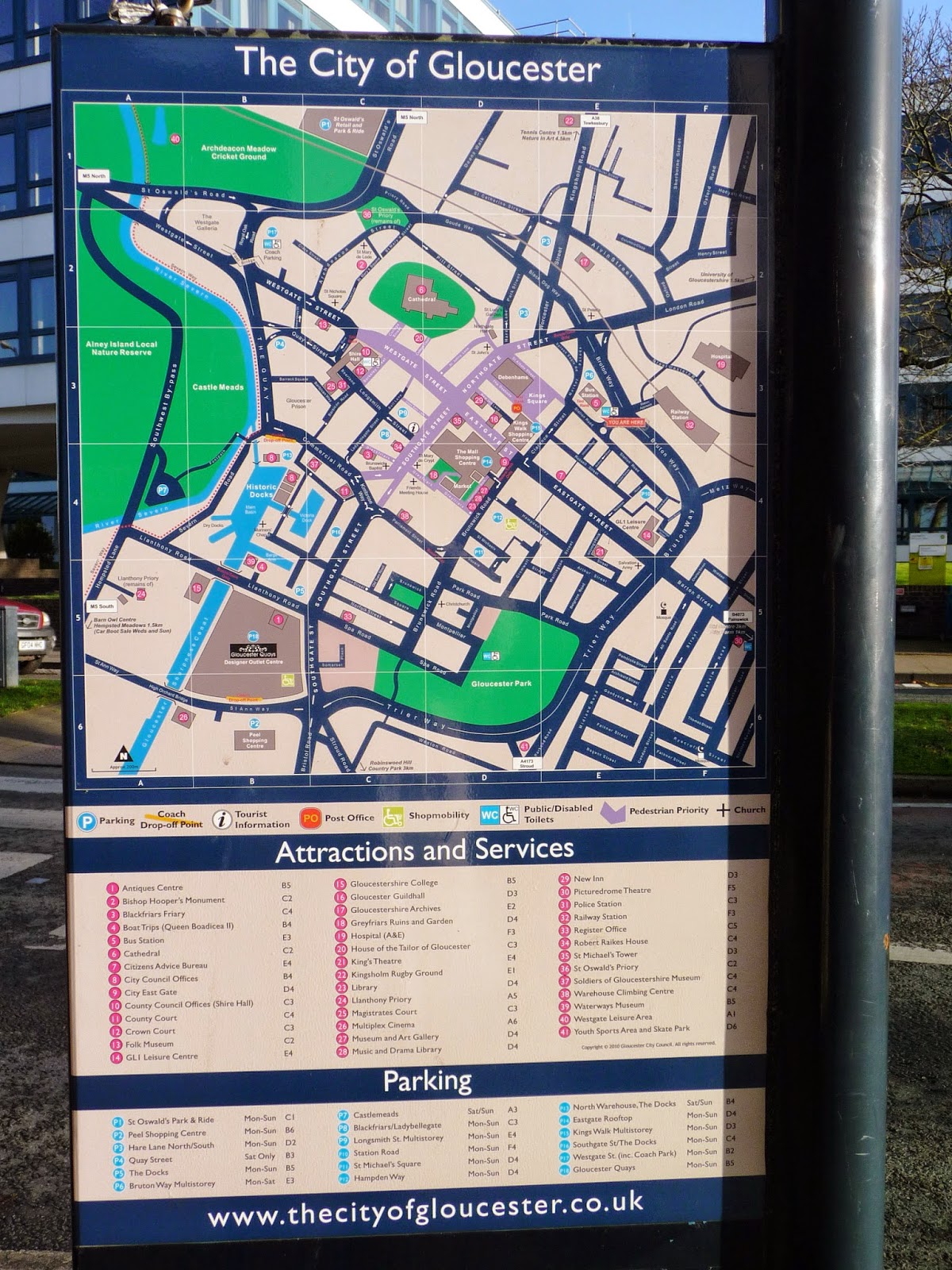 Last week I got to meet another old friend, back in Gloucester, but without the sunshine!!

We have been trying to arrange a day to meet up for over six months, but one thing or another has always got in the way. This was the third date we'd tried and this time nothing was stopping us.

I set the alarm, which was a strange activity for me, got up early and walked down to the train station in heavy drizzle. After a nice relaxing journey, catching up with some reading, I arrived in Gloucester to absolutely torrential rain.

My friend arrived a few minutes later and we decided a good plan would be to chill in the station cafe and wait for the deluge to pass. It soon did and our main aim for the day was to have a good wander round the cathedral before finding somewhere nice to have a relaxing lunch and a really good old catch up.

On our wander towards the cathedral we hit every charity shop in sight!!

Now, if anyone had told me 10 years ago that I'd be, not only doing that, but enjoying every minute, I would have laughed in their faces.

Our charity shop trawling was not without objective. My friend's daughter gets married this year and she has tasked her mum with hunting out vintage floral china pottery for a traditional cream tea, so every time a new charity shop presents itself it is an opportunity too good to be missed.

I was more than happy to tag along, looking for china that I could smash up for mosaics, or beads that may come in useful for my bracelet making. We did have to make a pact that I would only have second dibs on any china, as my friend would be giving it it a far better second life as she would not be smashing it to pieces.

After a good old mooch, diving in and out of the rain, which resulted in a pretty milk jug for the wedding and some nice beads for me, we made our way to the cathedral and had a good old wander around inside.

It was really impressive, with lots of nooks and crannies and interesting things to see. The Lady Chapel, the choir stalls and wall and ceiling frescoes were particularly impressive.

When we came out of the cathedral there were hints of blue sky trying make an appearance so we had a walk around the outside before being hit by another deluge, which was our cue for lunch.

We just happened to stumble across Lily's, which we had read good things about on line, so we decided to give it a go. We weren't disappointed. It was warm and cosy, the staff were very, very friendly and the food was great. A roast lamb dinner, followed by lemon meringue pie and a steak and Stour Budding ale pie, followed by chocolate brownie just met the spot perfectly.

We whiled away a good couple of hours enjoying the warm and the chance for a real good old catch up before heading back out, with just enough time for a couple more charity shops on the way back to the station, where I waved my friend off, before catching the 15.50 to head for home and a chippy tea for Martin!

Email ThisBlogThis!Share to TwitterShare to FacebookShare to Pinterest
Labels: Beautiful Britain, Gloucester, Life of Pottering, Out and About