When I finished work in January it was with lots of promises of keeping in touch and so far, when it comes to my friends in Swindon, we have been pretty good, though limited to texts, emails and the odd phone call. 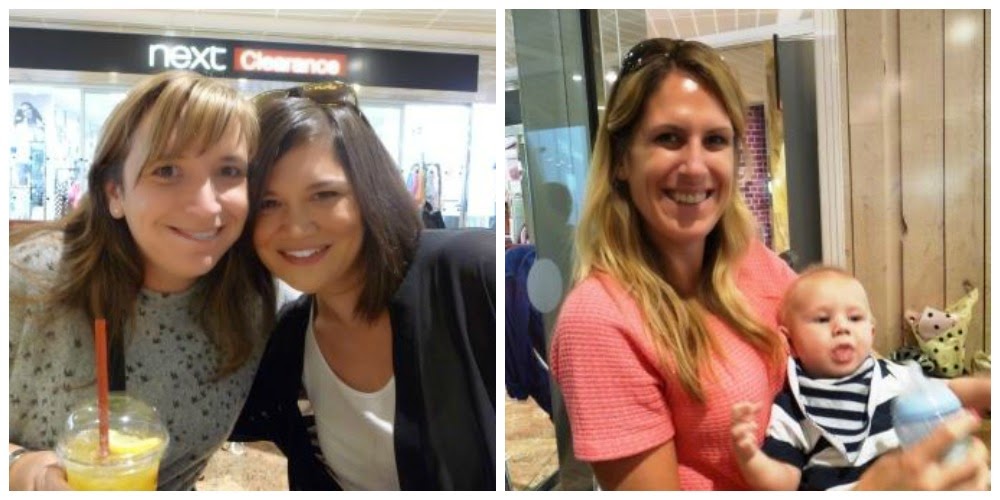 Last Monday was to change all that as I had a big day out in Gloucester planned, to meet up with three lovely ladies and a gorgeous gorgeous little boy.

I have to say when it actually came to it, as well as being dead excited to see everyone again, I was just a little bit nervous. After all, I never go anywhere without Martin and I was going on the train, by myself, to a city I'd never been to before, and it wasn't for work, which was a whole new experience.

My original plan had been to make sure that I got properly organised on Sunday night ..... Well that didn't quite go as planned. After a gruelling afternoon in the garden with mum and dad, followed by an absolutely scrumptious tea of Abruzzi Lamb, accompanied by Martin's very impressive first attempt at home made ciabatta, followed by a Frangipane tart with home grown cherries (out of the freezer), it was definitely time for flaking out in front of the Xfactor and not for getting ready for my big adventure.

Dad had very kindly offered to pick me up and take me to the station in the morning so at least I didn't have to walk, which would give me another 20 minutes in bed. Thanks dad.

So, as we were so shattered I decided I'd leave getting ready till the morning and reminded myself how to set the alarm before crashing out for an early night. Not something I have done that often since leaving work and that it is a very liberating thing, I can tell you.

I was up bright and early and packed my bag with a thousand and one things I thought I might need, of which I only actually needed about three. Well you never know and I like to be prepared for all eventualities.

Dad dropped me at Tamworth Station well early, I was being super cautious! This did give me plenty of time though to take a few pictures of the station, which actually looked quite pretty in the morning sunshine. 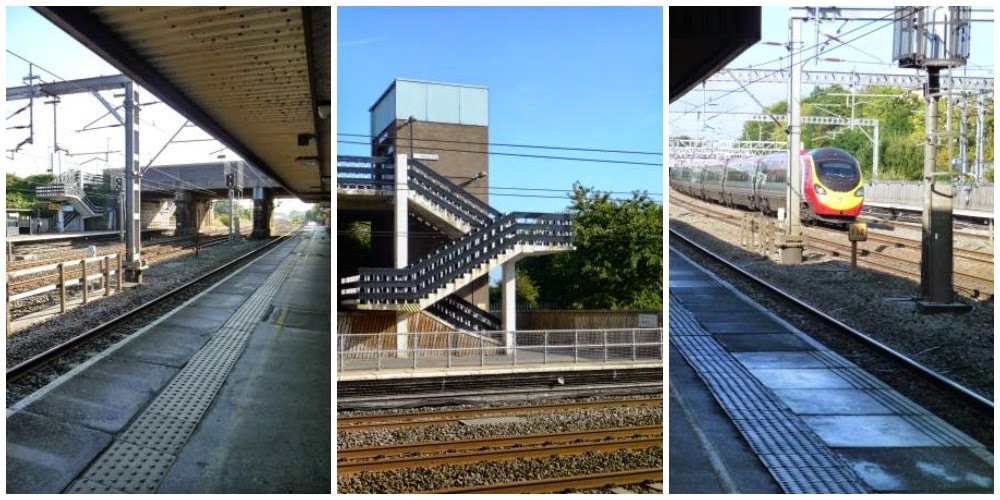 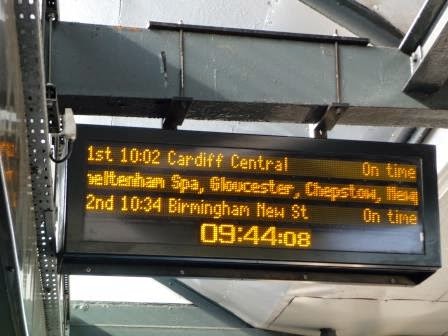 I was catching the 10.02am from Tamworth, which got me to Gloucester at 11.20am. The train was straight through with only a couple of stops so at least I had no changes to worry about.

The journey was great. I had a good old read on the way and in no time I was standing in the sunshine outside of Gloucester station waiting for the girlies to pick me up.

We managed to have a good 4 hours in Gloucester before I was heading back for home, which gave us plenty of time for a good old catch up with cake in Costa, a wander round the shops and a walk round the quay in the sunshine. 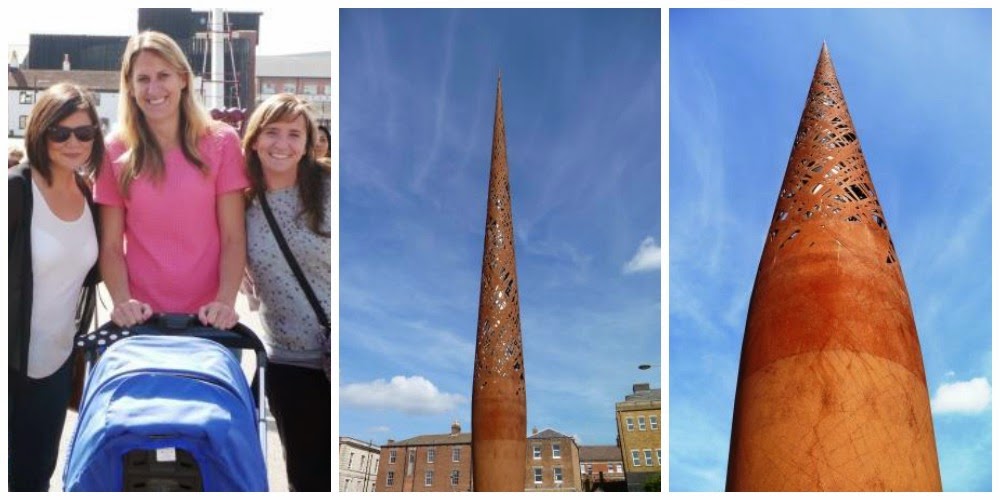 It really felt like being on holiday, we could have been anywhere in the World.

Oh yeah, we also had a very nice, but enormous lunch, sat in the red hot sunshine outside of Pizza express, washed down with a very nice prosecco and elderberry cordial concoction. 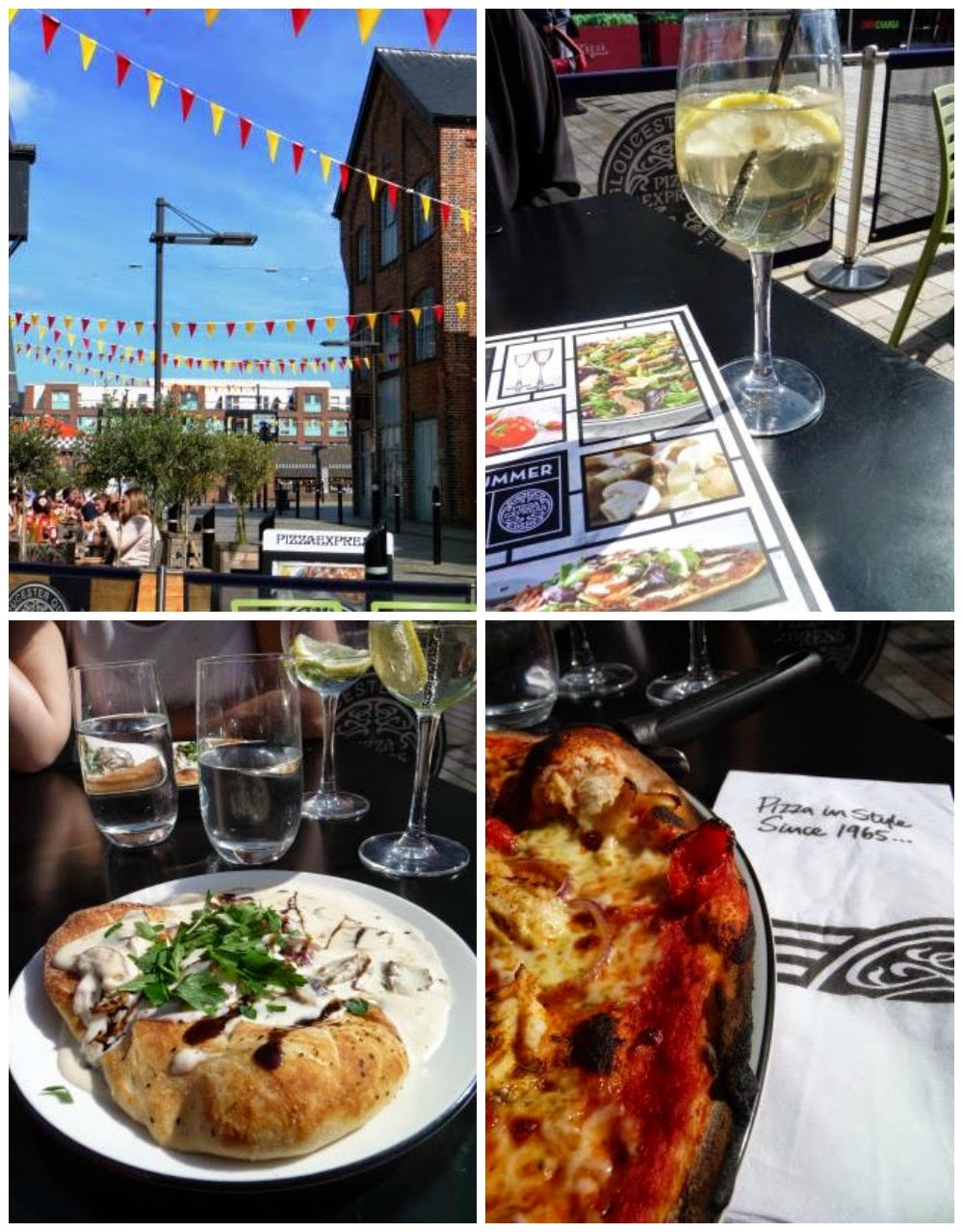 In, what seemed like no time at all, I was back at Gloucester station for my journey homeward. 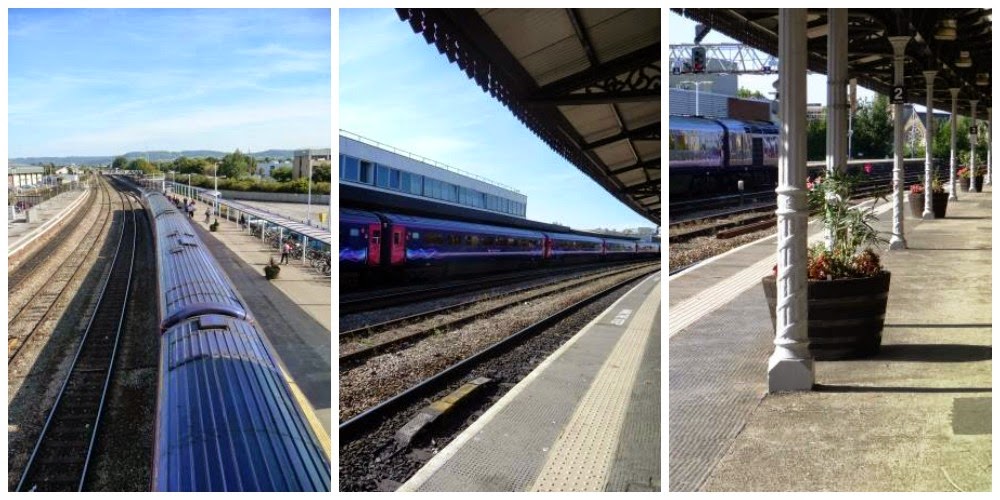 A massive thank you to Charlotte, Lucy, Catherine and Baby Nate for such a lovely day, we will definitely be doing it again soon.

Email ThisBlogThis!Share to TwitterShare to FacebookShare to Pinterest
Labels: Beautiful Britain, Gloucester, Life of Pottering, Out and About