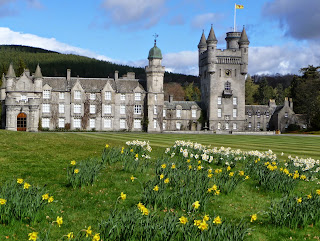 Day 3 - Sunday
We awoke to heavy drizzle, you know, the kind that wets you right through. We spent most of the day hanging around Corndavon just chilling out.  There was a bit of crochet for me and a bit of bird watching (yes, bird watching) for Martin. There were loads of birds around, that we don't normally see at home, and it gave Martin chance to use the bird book which is always in the car but very rarely sees the light of day.

He spotted oyster catchers, wheatears, red legged partridges, chaffinches and lots of others that we struggled to identify.

Eventually, even though it was still pouring with rain, we decided to head out for a bit of a drive, just to stop us going stir crazy. We weren't out for long and didn't see much to report about but may revisit some of the places if we get a bit better weather.

We were soon back, tucked up in the warmth of Corndavon, with plans for a log fire and a chicken dinner for tea. Simple pleasures.

Day 4 - Monday
It was Bank Holiday Monday and the only day of our week with no rain forecast, well we were going for it.

We decided that we would head out early, and stay out for as long as we could, to make the most of the good weather. What a day it ended up being. We headed out at 9.30am and didn't get back in till 8.30pm. We crammed in loads, so much that I don't think it will all fit in one post so here goes ......

Balmoral
We decided to start off at Balmoral, after all it was a big part of the reason for us being in this part of Scotland and also one of the 50 things I wanted to do before I hit 60.

From where we were staying it was a lovely drive of about 20 minutes through the mountains, which looked just lovely today with a bit of sunshine making an appearance.

We parked up on the Balmoral car park in good time for opening, as a few pink balloons were being tied up in celebration of the birth of our new princess. We were only the second car to be parked and managed a quick walk up to Crathie Church before walking over the bridge to the ticket office where we smoothly exchanged our email booking confirmation for our tickets.

We were the first visitors of the day and hoped for some good pictures with no other people in. We were pleasantly surprised to find that there was transport to take us from the ticket office at the gate down the drive to the stables where we picked up our Audio tour handsets. 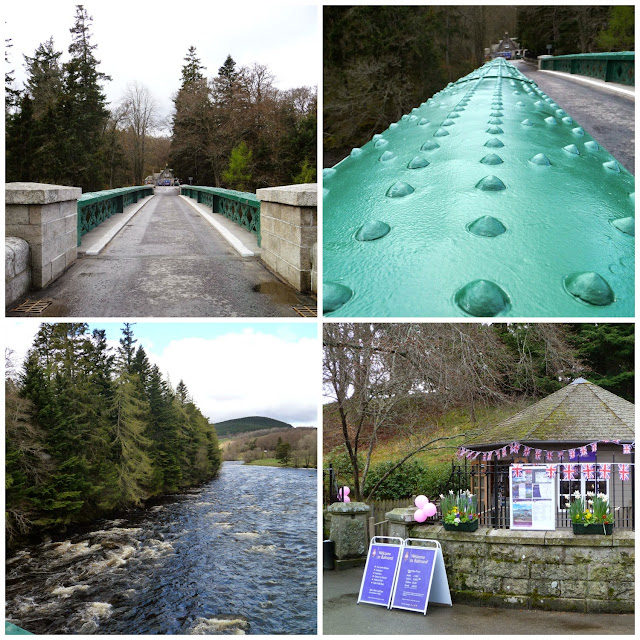 On our drive in we saw the original corrugated iron pre-fabricated ballroom, bought by Prince Albert after seeing a corrugated iron cottage at the Great Exhibition of 1851. It was in use by 1 October 1851, and would serve as a ballroom until 1856. It now services as an estate workshop.

We decided to do things a bit out of order as I really wanted to get some good pictures of the castle before there were lots of other people about so we started off by visiting the 'new' Ballroom, which was fascinating. It was not as big or grand as we were expecting but it was full of bits and pieces and lots of information and pictures of the royal family.

From the Ballroom we walked from the castle to the garden cottage and we got some beautiful pictures of the castle across the lawn with the daffodils in flower. It is such an iconic building and it was just lovely to see it first hand, rather than on the TV. 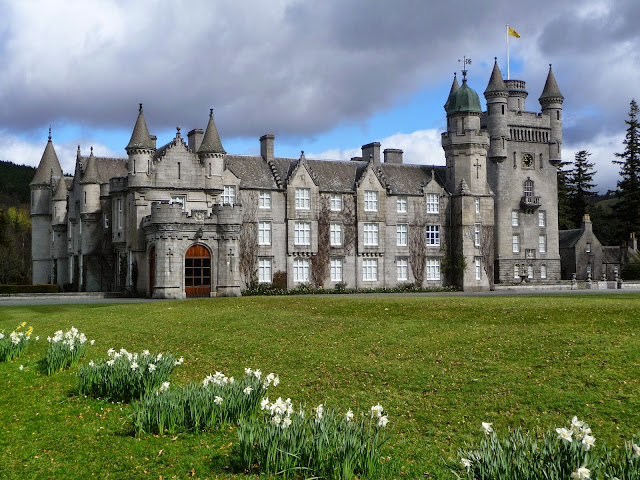 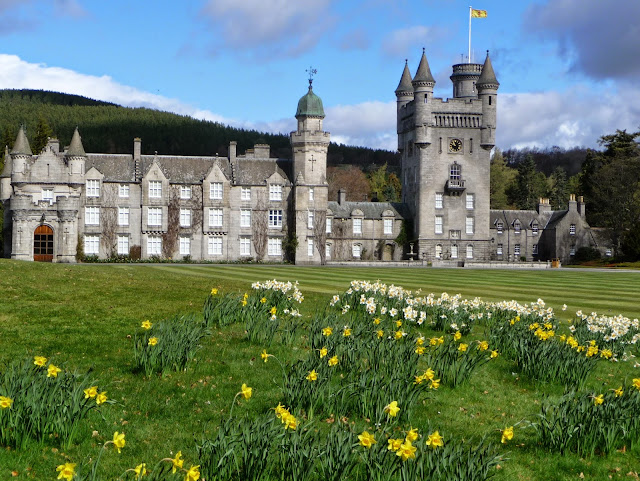 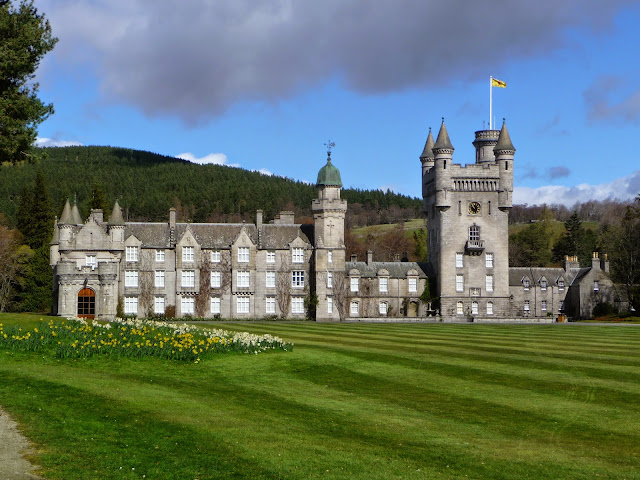 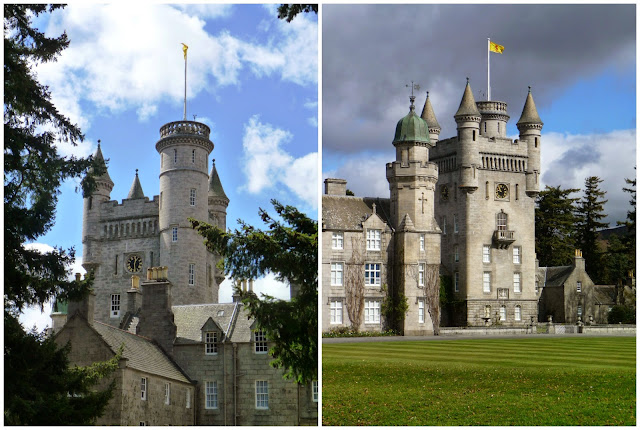 Garden Cottage is where Queen Victoria sometimes used to take breakfast, deal with State correspondence and write her diaries. The original wooden cottage which was built in 1863 used to be occupied by a gardener, with two of the rooms set aside for Queen Victoria. The first recorded use of the cottage was as an isolation hospital for Queen Victoria's Lady in Waiting who developed scarlet fever in 1864. By 1894 the wooden cottage had fallen into disrepair and was demolished.

The present stone cottage, clad in part with wood from the forest at the West end of the Estate, was completed in 1895. The interior and exterior of Garden Cottage have altered little from this period despite modernisation and we wandered around the outside of the garden cottage, looking through the windows. 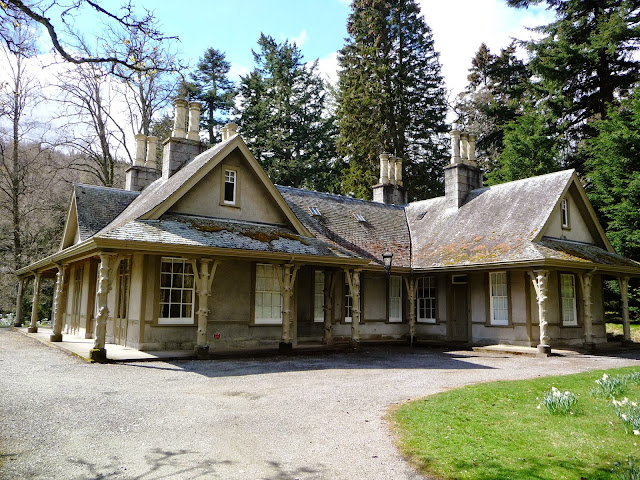 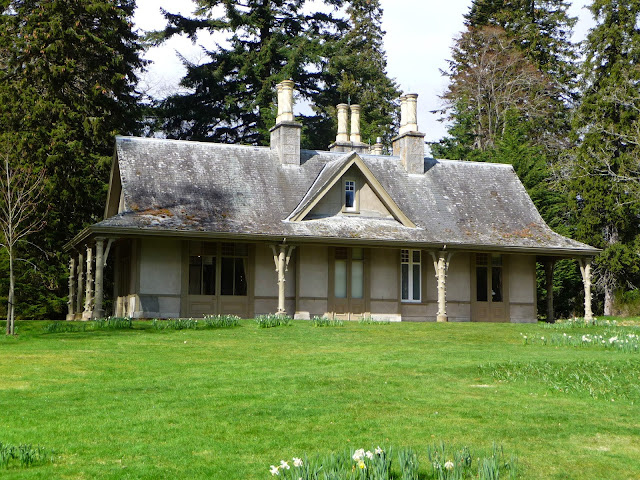 From the Garden Cottage we made our way through the gardens, which were looking very sparse. From speaking to the Gardeners the garden is made ready for when the royal family arrive in August, with lots of beds of flowers for cutting and plenty of fruit and veg. Whilst there was not that much to see today, there was lots of evidence of the work under way to get the gardens ready for August with greenhouses and cold frames full to bursting with seedlings.. We have never seen so many seed trays full of all kinds of flowers, salad, herbs and vegetables. 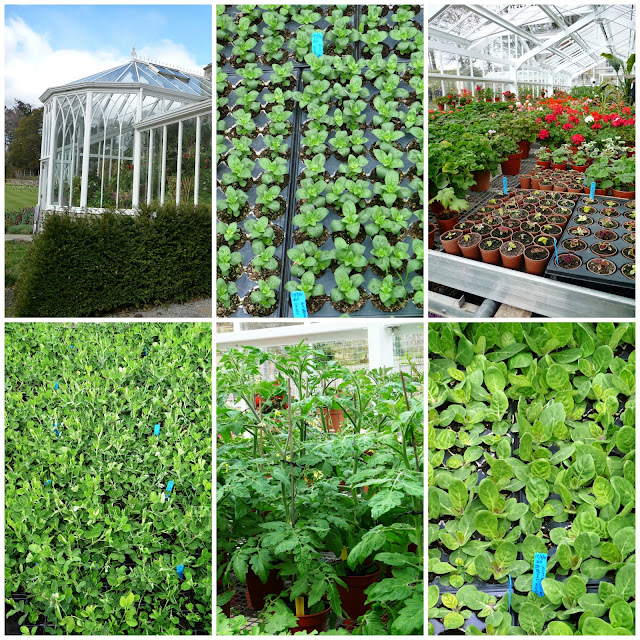 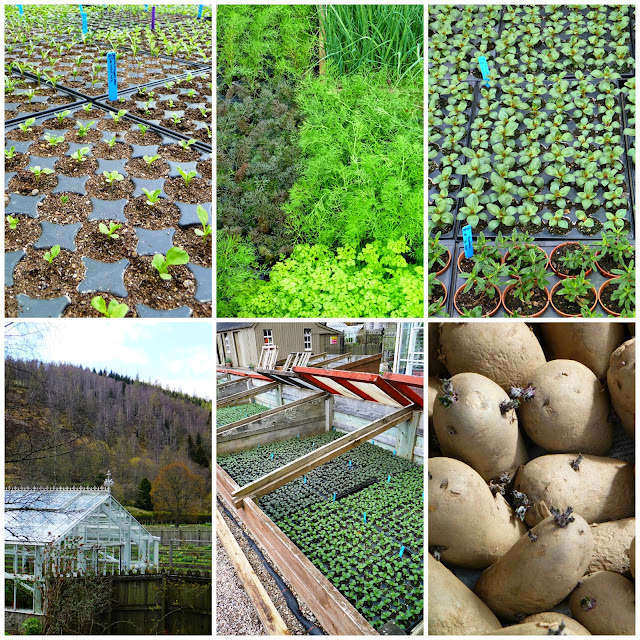 From the gardens we made our way back to the start and looked round a number of exhibitions, with more photos, including all of those used as the royal Christmas cards, which were just fascinating and gave a real insight into the life of the royal family whilst at Balmoral.

Having spent time here ourself and seeing just a fraction of the estate we could fully understand the love that they have for the place, it is just beautiful. We did deliberate on taking a land rover tour around the estate but decided to save that for another visit, though it looked like it would be a great way to spend an afternoon.

Our visit would not have been complete without a trip to the tea room and a wander round the gift shop, so we had a quick sandwich and piece of cake before deciding where to head to next.

We did spot this in the gift shop and, considering Princess Charlotte had only been born the day before, we thought they were pretty darn quick off the mark! 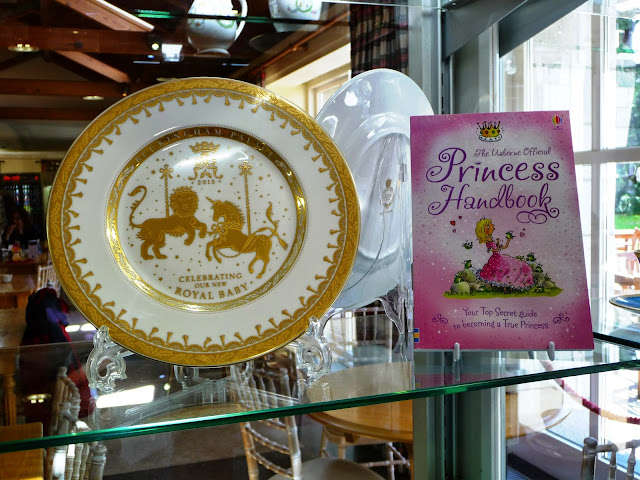 Whilst the website says to allow at least an hour and a half for your visit, we easily spent about two and half hours there in total and could happily have stayed for longer. At £11 (2015) each we both thought this was really good value for money and would definitely recommend a visit if you are in the area at the right time of year.

Email ThisBlogThis!Share to TwitterShare to FacebookShare to Pinterest
Labels: Ballater, Balmoral, Beautiful Britain, Life of Pottering, Out and About, Royal Deeside, Scotland, The Cairngorms