You will have seen from previous posts that I have got a little bit obsessed with crochet.

My first project started out, back in March, as the checkerboard crochet throw, for which you can find the full pattern here for free.

The picture on the left shows what it should look like ...... and the one on the right is what mine looks like ...... 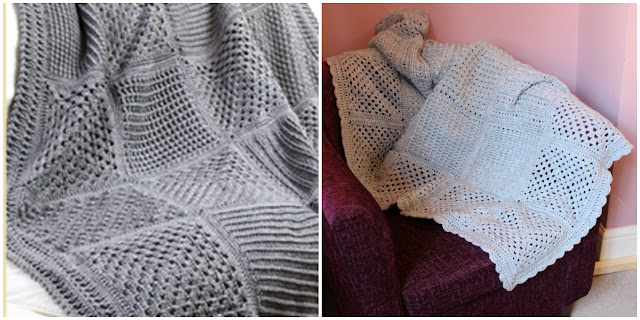 Not bad for a first go methinks. I am actually quite proud as it's my first attempt at crocheting in absolutely donkeys years.

I have adapted the original pattern somewhat. Rather than a five by five squared throw I have gone for seven by four.  This will make it usable as a throw for a single bed, as well as a cuddly for snuggling up in when on the sofa on those cold winter nights.

I decided to go with two of each of five different patterned squares instead of the 10 different ones. This was purely because they were my favourites and they turned out well. I then needed 18 granny squares for my border.

I finished off my throw with a final border finishing with a simple scalloped edge.

So that's how it's turned out.  I wanted to share with you how I did it. By no means intended as a tutorial but there may be some useful tips from a crocheting novice. 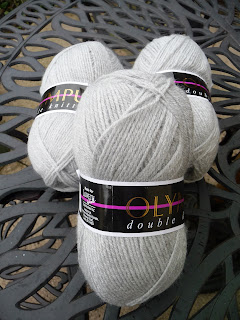 I started out by making the following squares, using a combination of a 3.5 and 4.0 crochet hooks.
The full instructions for making all of the squares can be found on the pattern link here.  If you are struggling with the instructions there are also links to 'Crochet Alongs', where you can see the pattern actually being demonstrated.  I found these really useful for some of the patterns I was really unfamiliar with.

Once I had completed all of my squares and had darned in all of my ends, I 'blocked' the squares and was amazed at the result. It was a bit of an effort, but well worth it. Blocking your squares just straightens out all of the edges and makes sure that they are all exactly the same size. You can find really a really useful tutorial for blocking crochet squares here.

I just folded up a few towels and put them on my ironing board and measured and pinned the squares in batches. I steamed them and then left them for 24 hours before unpinning. The squares should measure 7" x 7" when blocked.

Rather than whip stitching my squares together I crocheted them on the reverse, using a slip stitch and was really pleased with how it turned out. They look really neat, with a nice flat seam on the front and a nice neat ridge on the back. On my next project I will be confident enough to join on the front. 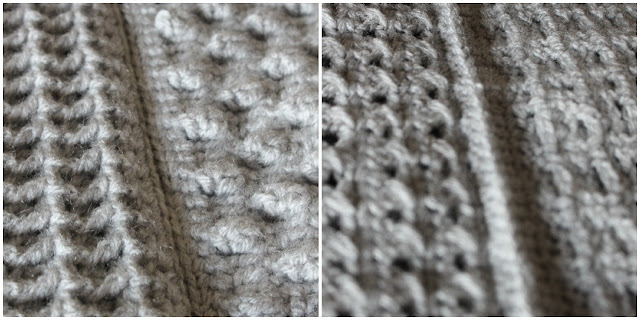 I joined my squares in strips first and then joined the strips together. 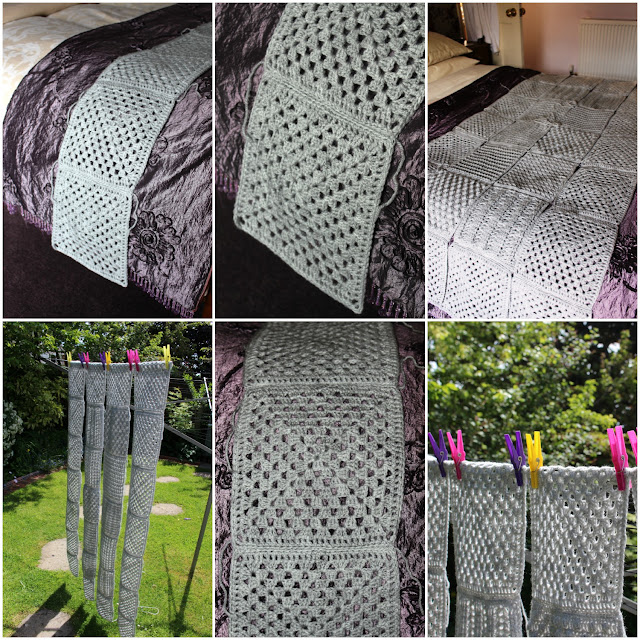 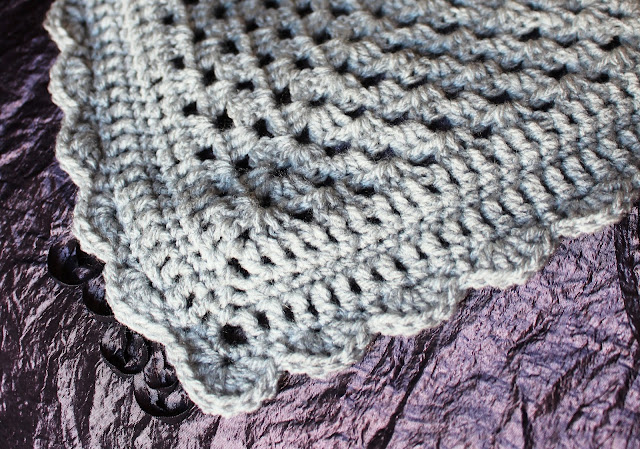 Overall I am really pleased with how it's turned out. I'm not really sure as to how long it has taken me to make overall as I haven't really kept track of how long I've spent on it.

I've made it as a wedding gift, hopefully for someone who does not read my blog, so it will come as a surprise. 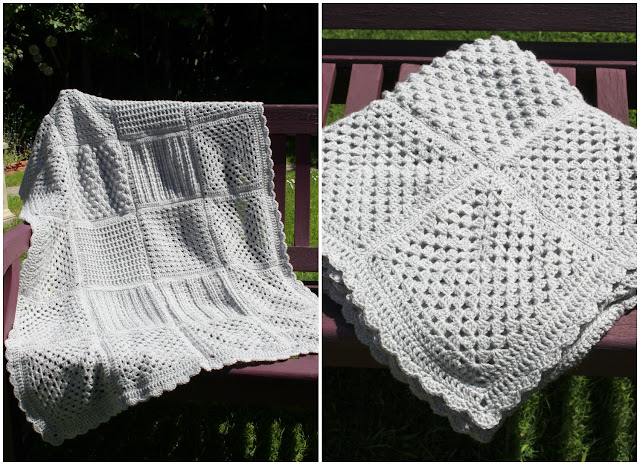 As its my first completed crochet project there will be part of me that will be sad to part with it. I only hope the recipients love it as much as I do.

This is not the end of my crocheting exploits - I already have two cushions to share with you and a bag full of wool for more new and exciting projects so watch this space!
Posted by Carol at 10:02

Email ThisBlogThis!Share to TwitterShare to FacebookShare to Pinterest
Labels: Corndavon Cottage, Crochet, From the Craft Room, Hand Made at Number 27, Life of Pottering