In the Garden - August

August - In flower ...
As I predicted in July, the Agapanthus has been amazing this month and is still going strong.  At the moment it is making a really good show against the backdrop of the Acer, which is starting to turn a flame red colour. 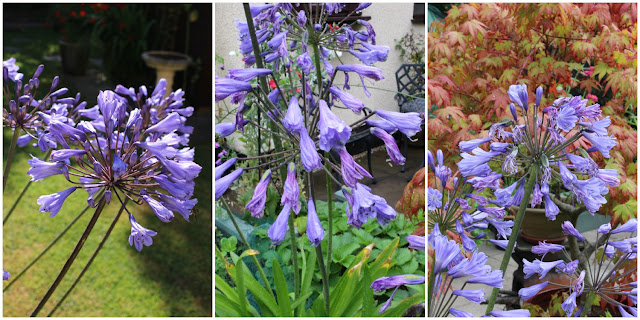 I've had my first Hollyhock flower and it is just lovely.  This is the third year they've been in the garden, I planted three and this is the first time that one has managed to beat the Hollyhock rust that seems to attack them with a vengeance. 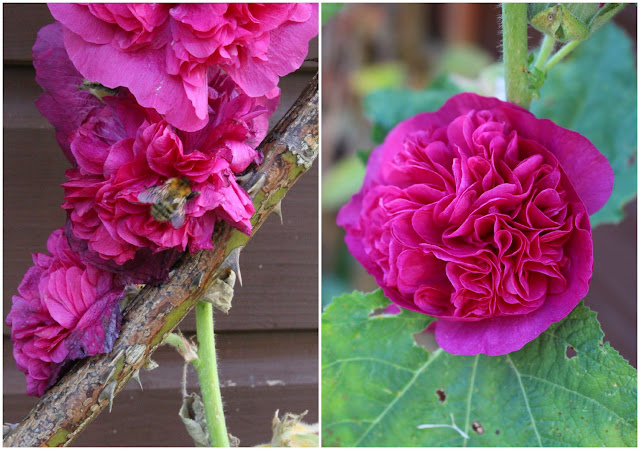 We've also currently got Kaffir Lilies in flower, along with the first blooms of the Hibiscus. 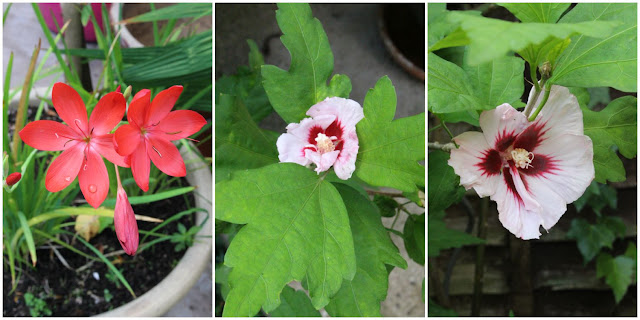 On the patio, the Sweet Peas are looking a bit scraggy and the hanging baskets are still colourful, but past their best. The Zinias, however, are still going very strong and looking really bright and cheerful. 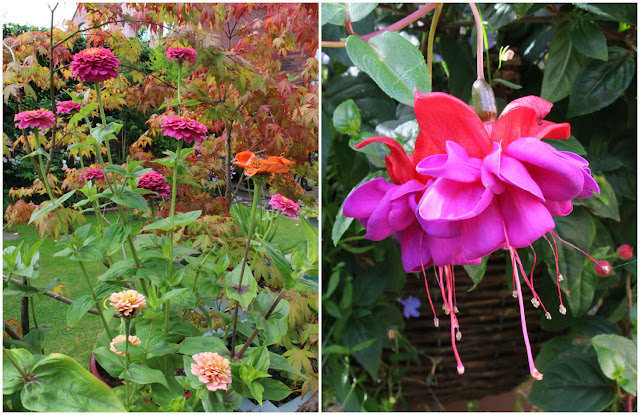 Back in July I wrote that the borders in the garden were looking very green, with not much in flower. Well, I took my own advice and headed to the local garden centre to see what was currently on show.

I ended coming back with three new plants, none of which we currently have in the garden.  I bought a Rudbeckia, a Stokesia (which I have never heard of) and a yellow daisy, for which I can't remember the name! 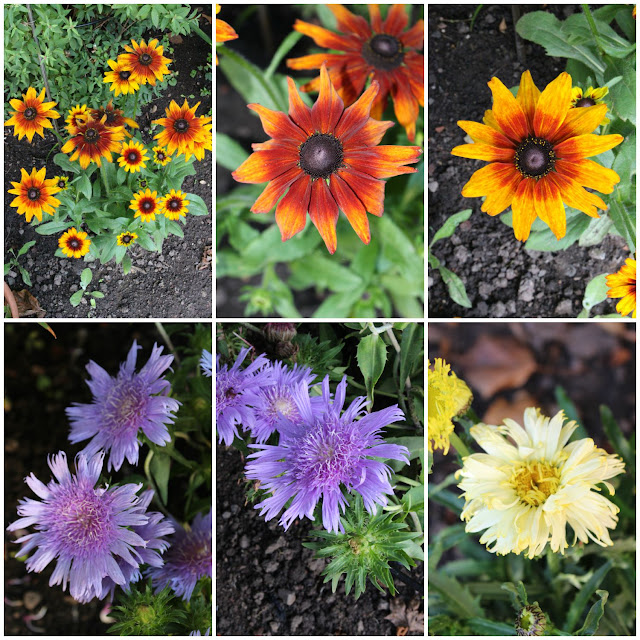 We also bought some bargain lilies, and two Hibiscus from Aldi!  Now it's fine buying plants from Aldi, as long as you pretty much get them on the day they have them.  Our Aldi is certainly not known for plant care and we often see very sorry sights of racks of plants just dying of severe thirst on the Aldi forecort. 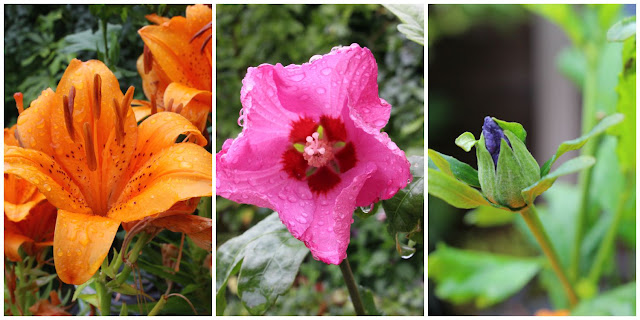 August - What we've been up to ...
As predicted in July, we've made up a batch of Courgette & Apricot chutney.

We've also had bowls of blueberries, I would say it's been the best year ever and we've made both sticky lemon and blueberry cake and a blueberry frangipane tart. 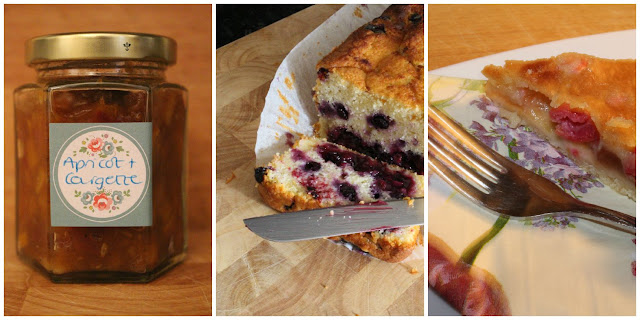 We've continued to water, feed and deadhead, but have to admit to getting a bit behind with this at times.

We were hoping for a family Bank Holiday BBQ to show of the garden, but we were thwarted by the weather, so we had to postpone. 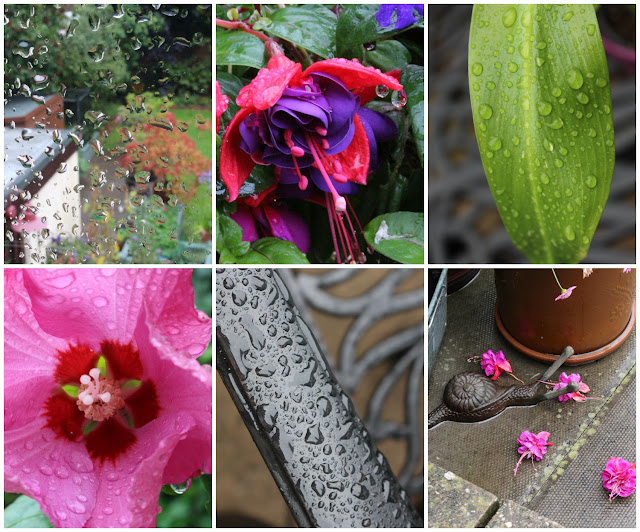 August - What's next ...
Lots of preparation will be needed for the Autumn.  The hanging baskets will need to hit the compost bin and the privet is ready for another prune.

It would be great to get all of the borders tidied up before the leaves start to fall, but whether we'll get round to that or not is anybody's guess.

It would also be nice to have a bit of sunshine and get a few more BBQs in.  Fingers crossed for that one.

August - and finally ...
Though we are not encouraging him, Harry seems to know when we are in the garden and has become a regular visitor.  We often are surprised by him jumping over the garden gate to see what we are up to.

Email ThisBlogThis!Share to TwitterShare to FacebookShare to Pinterest
Labels: In the Garden, Life of Pottering, Recipes, The Garden at Number 27