Collabro at The Symphony Hall 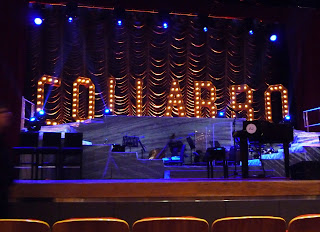 A few weeks ago there was nothing much on TV and we just happened to unintentionally stumble across a programme on Sky Arts where Collabro were supporting Katherine Jenkins.

Although we had heard of the name, not being watchers of Britain's Got Talent, we didn't really know who Collabro were. We didn't really have any intention of sticking with the programme, but they were so good we just couldn't stop watching.

Matin's birthday was a couple of weeks later and I had been struggling for ideas as to what to get him and thought I'd just have a look to see if they were touring anywhere later in the year. 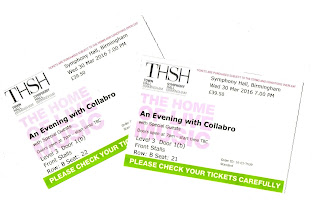 Well, I hit jackpot. Martin's birthday was 29 March and he was off work that week. I was dead excited to find that not only were Collabro touring, they were in Birmingham, at the Symphony Hall on 30 March.

Quick as you like I snapped up two tickets for about four rows back in the stalls, and even better, end seats, so Martin could have plenty of leg stretching room.

Before we knew it the 30th arrived and we were both really looking forward to a night out listening to some good music. We headed into Brum nice and early and had chance to have a nice wander around in the evening sunshine, it was just lovely.

We had a really good look at the new library, which neither of us had seen before, and managed to take some really good photos.  We will definitely be back to explore this when it is fully open. 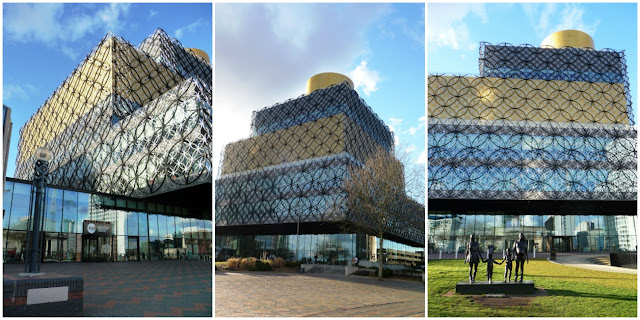 Before long it was time to head into The Symphony Hall to take our seats which were just fab. 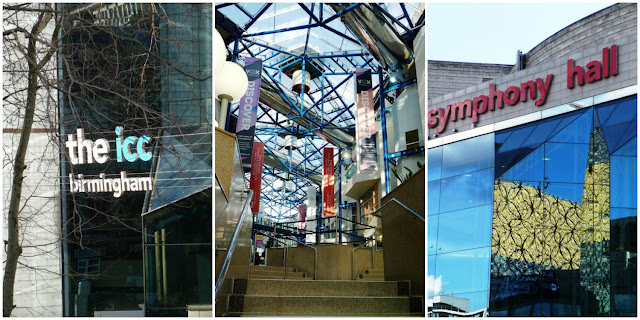 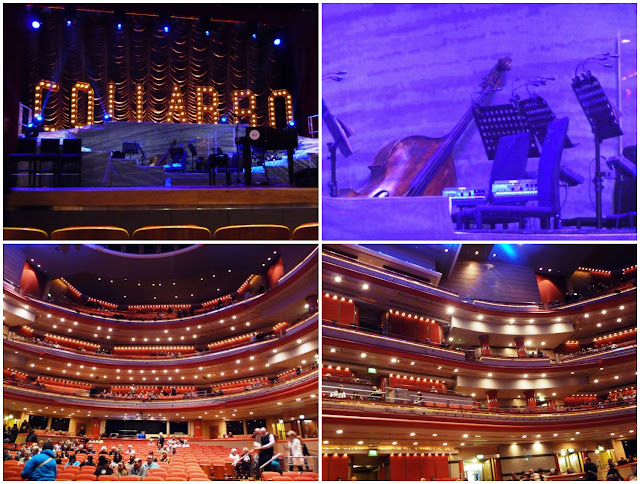 The show started with the support act, AJ Brown, someone we'd not heard of but was a good start to the show.  In the main he sang songs that he had written himself and all were pretty upbeat.

It wasn't long before it was time for the main event and the excitement in the Symphony Hall was palpable. The small orchestra took their seats, began to play and Collabro rose up from below the stage, through the mist, to huge applause.  Their Act II show started off with a brilliant rendition of The Circle of Life. 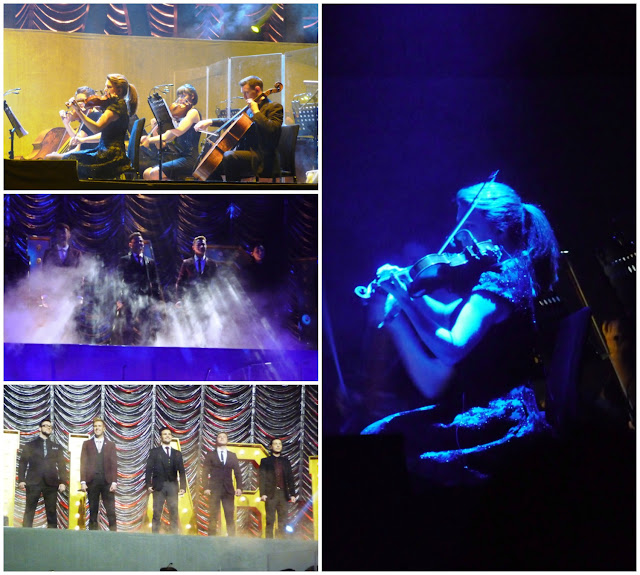 We were hooked already, it was going to be a great show.

The rest of the show didn't disappoint.  There was a real mixture of numbers from both musical theatre and popular chart covers, there was nothing that we weren't familiar with.  It's hard to pick out our favourites, but we did particularly enjoy Somewhere, Memories and the Phantom of the Opera medley.

There were lots of little stories about the group, the history of the songs they were singing and why they had chosen them for this tour.  They really connected well,with the audience, who were hanging on every word. 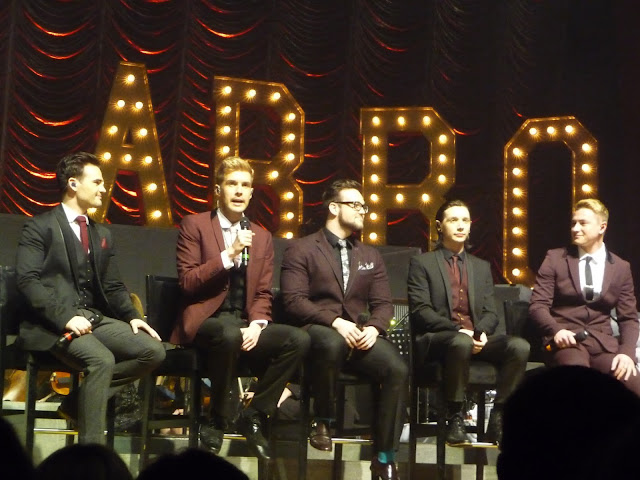 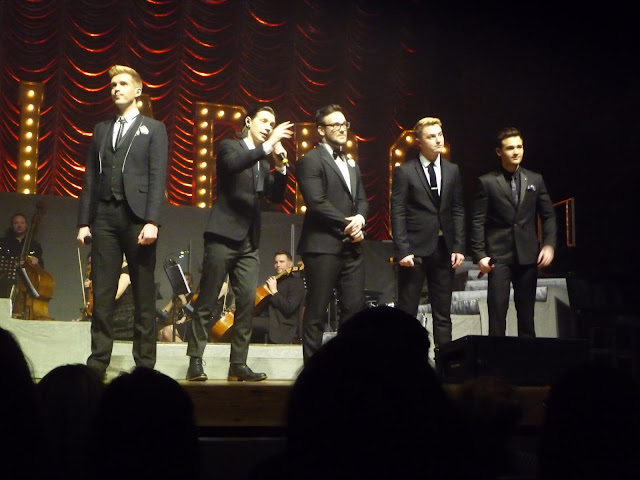 They even took a selfie with the audience, which Martin is actually in, as well as posing to let the audience to take photos, though with low level light, no flash and them not standing still for very long, my efforts are a bit disappointing. 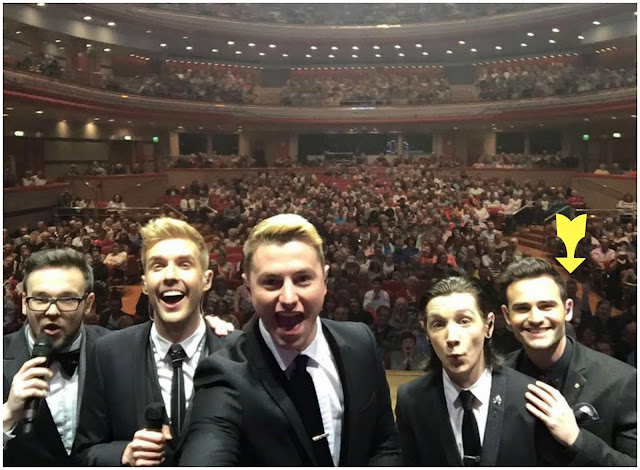 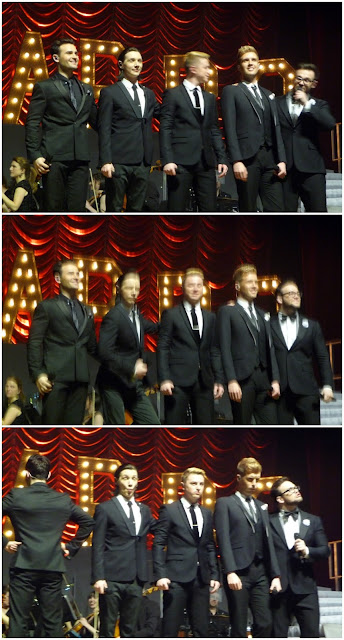 The whole show was really polished.  It was almost a real treat when they made a couple of mistakes in the links, as it just made them seem a little less than perfect.  There was a great atmosphere and the crowd clearly loved the boys and there were some serious fans in the audience.

Special guest. soprano Catriona Murray, was really impressive and the Phantom of the Opera medley towards the end of the show was seriously powerful.  We were enthralled. 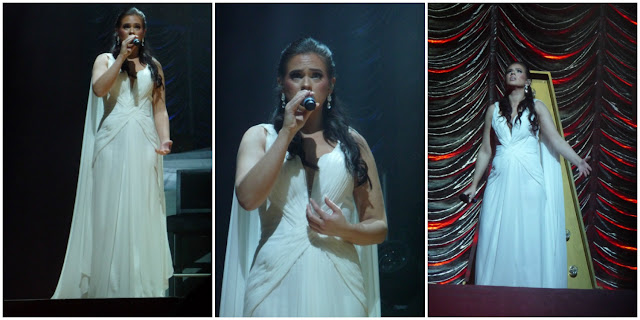 Before we knew it we were at the final number. We had thoroughly enjoyed the whole of the show, which ended with the boys performing 'Stars', the number they performed right at the beginning of their journey, 2 years ago in their Britain's Got Talent audition. 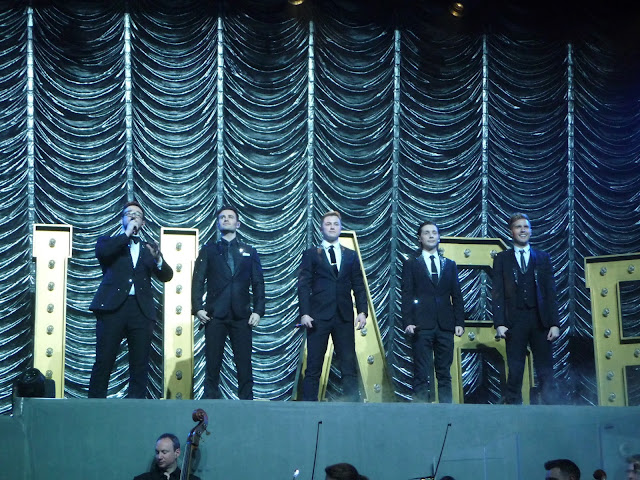 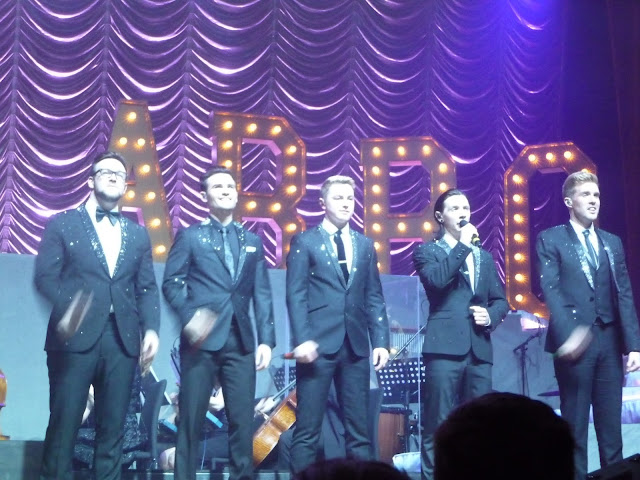 Although this is the first time that we have seen Collabro, I have a feeling that it might not be the last.
Posted by Carol at 13:11

Email ThisBlogThis!Share to TwitterShare to FacebookShare to Pinterest
Labels: Birmingham, Collabro, Life of Pottering, Out and About