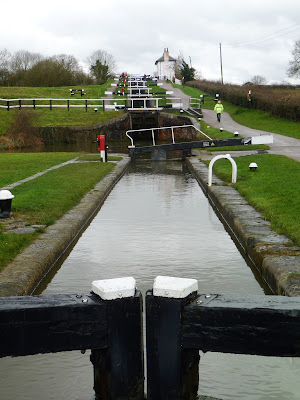 We had a very rare big day out planned for Bank Holiday Monday.  We were meeting up with my cousin, her husband and their eldest daughter, for a catch up that was way too long overdue.

We had decided that somewhere near to Market Harborough was about our half way point and and a good place to meet. We ended up deciding on Foxton Locks, which would give us chance for a bit of a wander and a nice lunch.

We didn't expect much from the weather, with Storm Katie having been around in full force, but ended up being very lucky and, though it was biting cold, the rain did pretty much hold off.

We arrived mid morning and were surprised to find the place was pretty deserted. It was actually really nice to be able to wander around in the relative peace and quiet.

We started with a wander along to the old boat lifts, the like of which neither Martin or I had seen before. When in working order the lifts enabled the canal barges to make their way from the bottom level of the locks to the top, without having to negotiate the flight of 10 locks.

It was fascinating to see and read about and we can only imagine how this would have looked back in the day. 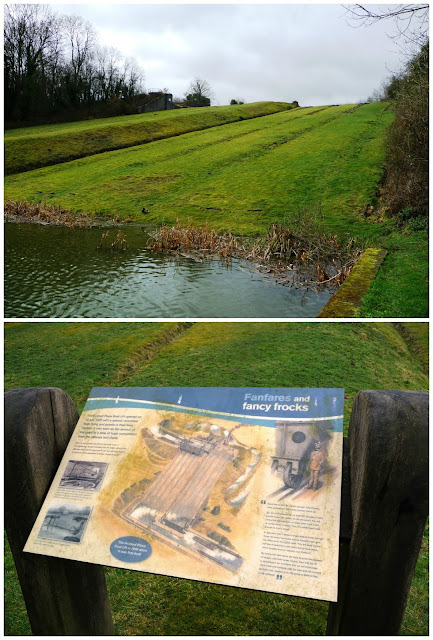 We made our way back to the bottom of the locks and pondered the imagination and ingenuity of the engineers who first came up with the idea of how to move the canal barges from one level to another, to save making the canal detour around hills and valleys. 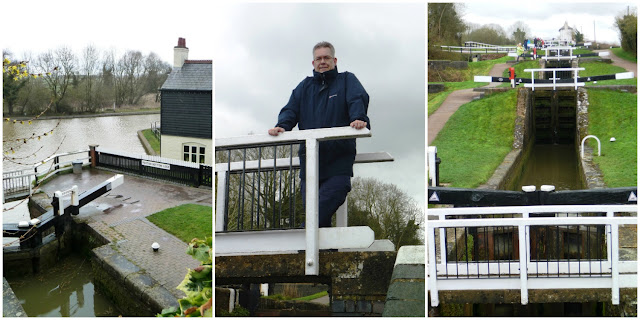 The view looking up the flight of locks was a pretty impressive sight and I took loads of photos. We took a slow amble up top the top and were lucky enough to see boats travelling in both directions, both up and down the locks. 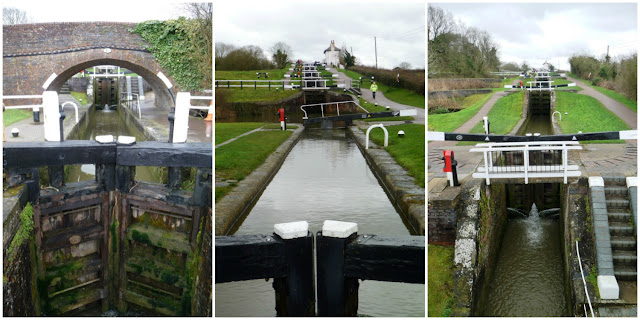 I don't know how many times we have seen canal barges negotiate canal locks but it's one of those things that we just have to stop and watch every time we get the chance and today was no different. 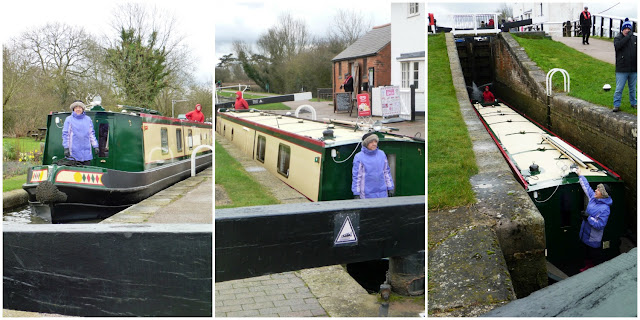 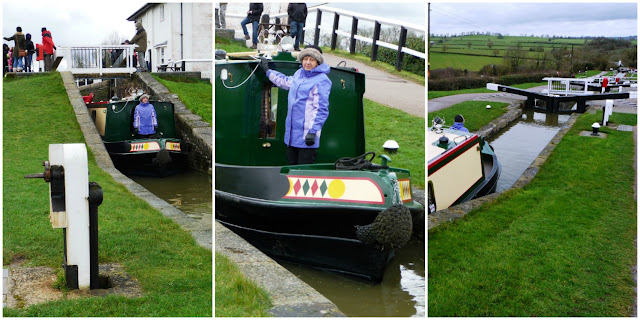 From the top we started to make our way back down. 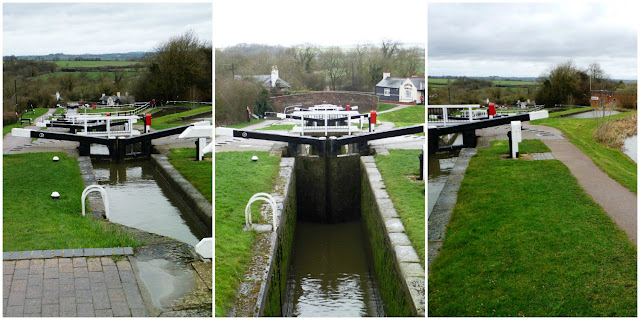 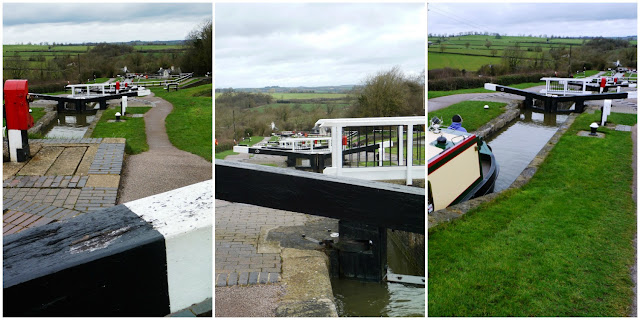 One of the lock keepers recommended we take a bit of a detour off track to a viewing point at the top of the old boat lifts, where we could get a better idea of how these would have actually worked, so we followed his advice and were glad we did. 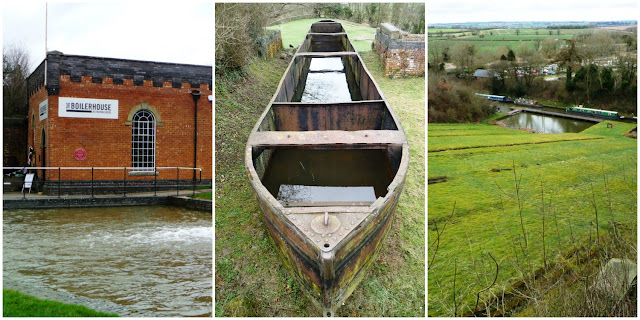 The viewing point also gave great views across the flight of locks, where more photos were taken of more boats making their way down. 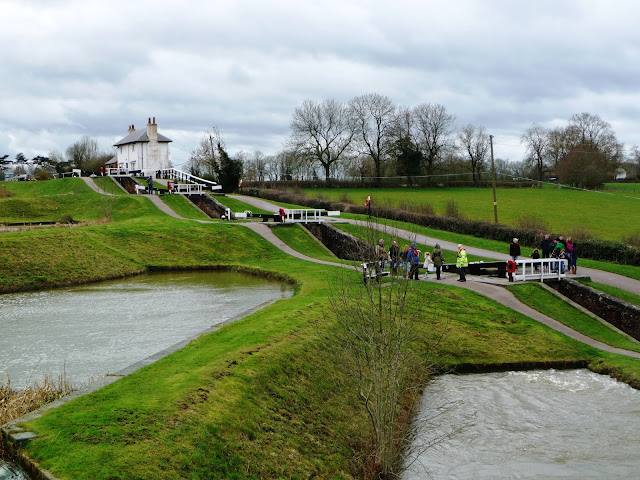 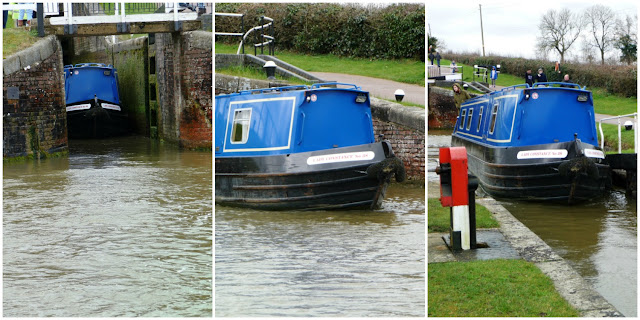 From here we rejoined the canal and made our way to the pub. just in time for lunch, which was a real treat. 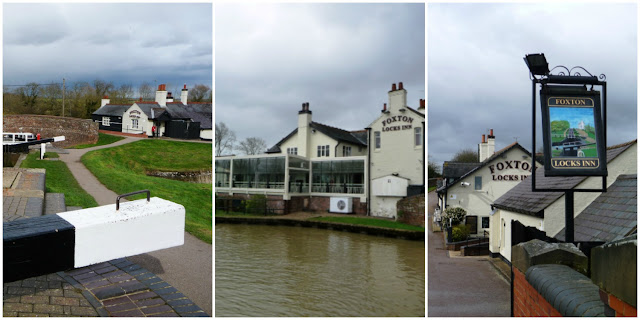 After a very nice lunch and a good old catch up we had another quick walk back along the locks, which were now pretty busy, before heading back to the car and home.

Foxton Locks is definitely worth a trip out for a leisurely afternoon. It was really interesting with plenty to see and do. We would definitely recommend it.

It seems ages since we've been out to look at something new, different and exciting, we need to do it more often. There is so much out there to see and do. It would take more than a lifetime to cover it all. At our age we need to get cracking!!

It's also been far too long since we've met up with these lovely people, another thing we must make the effort to do more of. 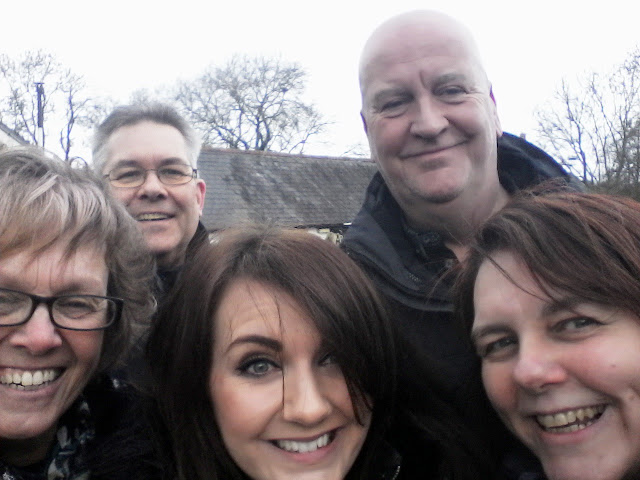 Thanks Sue, Ken and Katie for a lovely day.
Posted by Carol at 13:34

Email ThisBlogThis!Share to TwitterShare to FacebookShare to Pinterest
Labels: Beautiful Britain, Friends & Family, Leicestershire, Life of Pottering, Out and About