Another of our forays out and about whilst on our recent holiday on the Suffolk coast took us to the small village of Thorpeness. 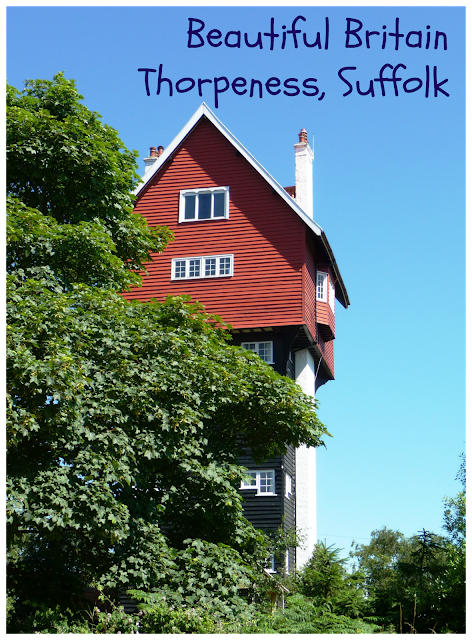 Whilst we weren't sure quite what to expect, having read this on the Suffolk Tourist Guide, we were looking forward to finding something a little unusual ...

"If there was ever a village that deserved to be called ‘fantastic’ it is Thorpeness, built at the start of last century by a wealthy Scottish barrister with a penchant for mock Tudor and Jacobean architecture. Glencairn Stuart Ogilvie was a Scottish barrister who made his money designing railways and bought some land from north Aldeburgh to south of Sizewell where he created Thorpeness as a holiday village centred around the Meare.

Thorpeness is full of quirky buildings, some of which are more than meet the eye. For example, Ogilvie ingeniously disguised the village’s water tower as an overgrown house, the striking ‘House in the Clouds’, lest it offend the eye! This 5 storey house is still in use today and overlooks the golf course on one side, with views of the boating lake, village and beach on the others."

We weren't in the least bit disappointed. For a pretty small village, it certainly had enough to hold our interest for a pleasant morning's wander and so much colour. I hope you are prepared for a photo overload! 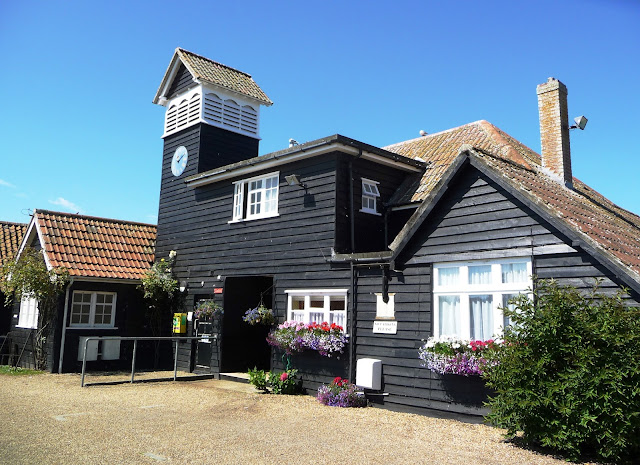 It was another glorious day and we managed to park up on the street alongside The Meare, which is an artificially created, shallow boating lake covering 3 acres, with several streams running off the main lake with landings marked with names on a Peter Pan theme. Tiny islands on the Meare contain locations found in J. M. Barrie's novel such as the Pirates Lair, Wendy's home and many others which children are encouraged to play on.

There were lots of colourful boats for hire for those of the rowing inclination, lots of ducks and a nice cafe with lots of people enjoying a relaxing coffee whilst taking in the sunshine. 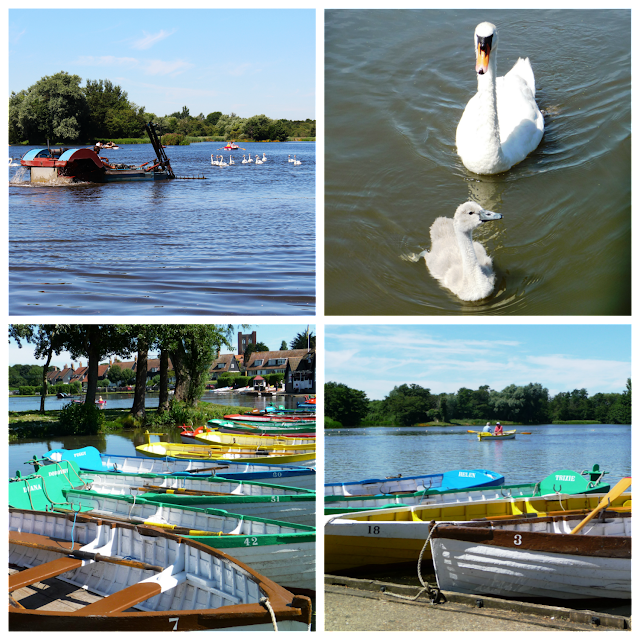 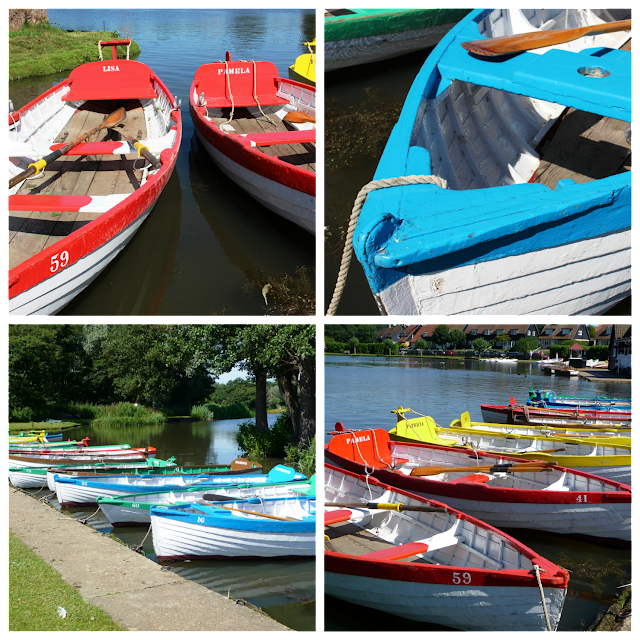 We had a good wander and managed to spot the Peter Pan crocodile and that 'House in the Clouds' that had really drawn us here in the first place. 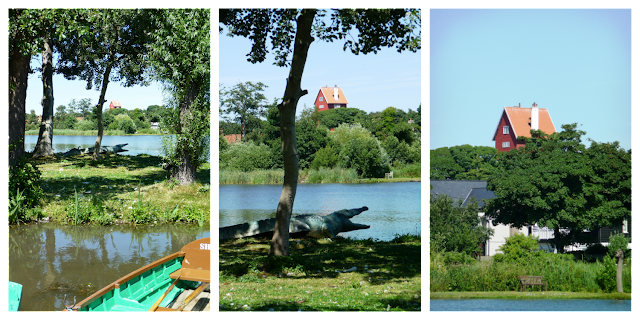 We really wanted to be able to see this up a bit closer so made our way back along the main street and took the lane on the opposite side of The Meare down towards the golf club. Towards the end of the lane we took a public footpath on the right which brought us out dead opposite where we wanted to be. 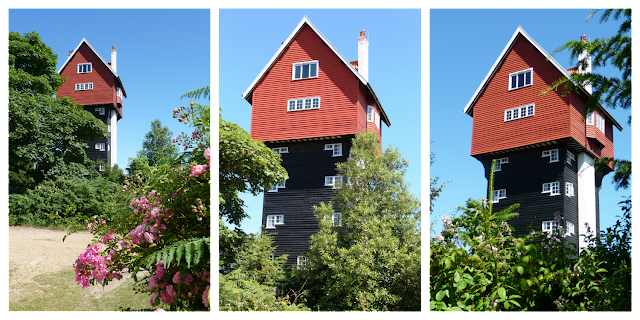 It really is incredible and looked really pretty in the sunshine, backed with a clear blue sky. We'd never seen anything quite like it and took plenty of time just gazing in awe and wondering at the imagination of some people.

We took a short walk to the left, where we found the windmill, again another excellent photo opportunity which we made the most of. 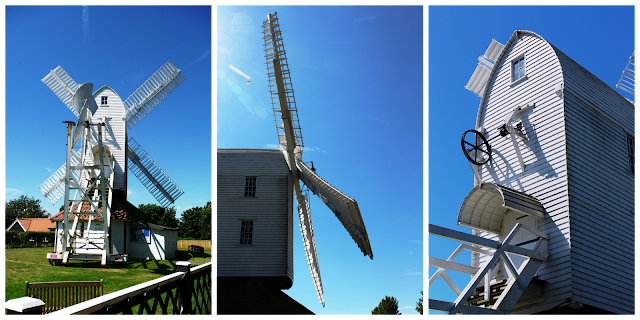 We headed back along the track to the main road and continued our walk through the village, past the Alms Houses and The Dolphin Inn before nipping in to the village shop for ice lollies - it was just so hot. 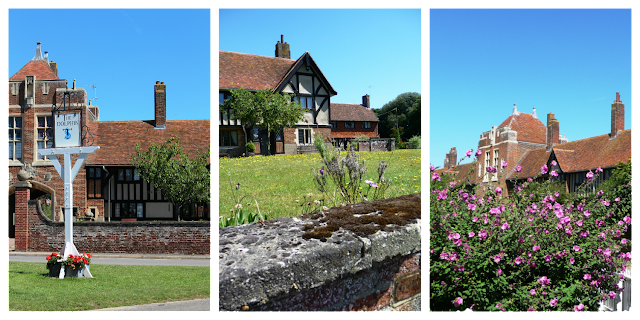 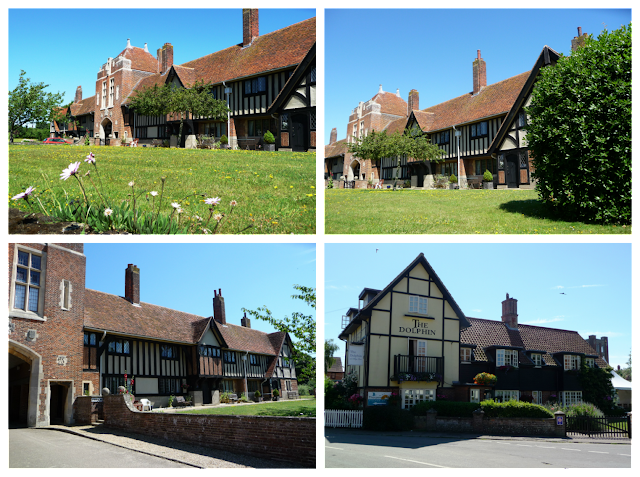 We spotted a sign for the beach and couldn't help but follow it ... along pretty hedgerows and a narrow track ... 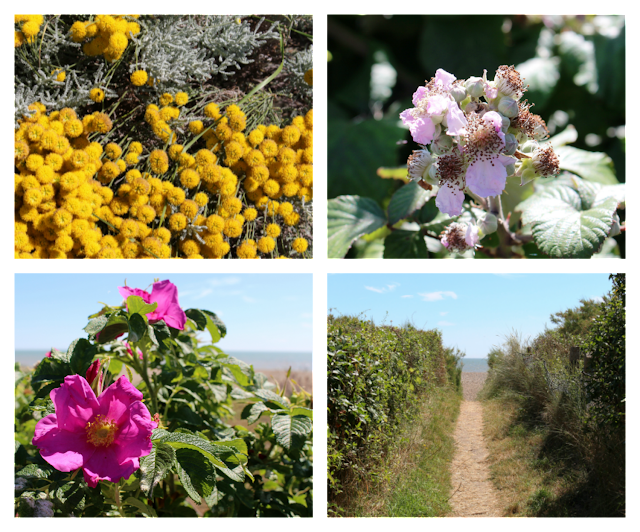 To be faced with an almost deserted wide shingle beach, overlooked by brightly coloured houses and stretching as far as the eye could see in either direction. 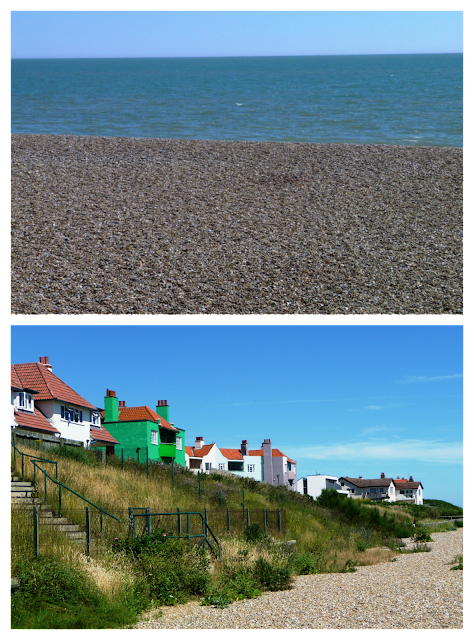 The whole of the village of Thorpeness is any photographer's dream, with quirky and beautiful buildings around every corner. 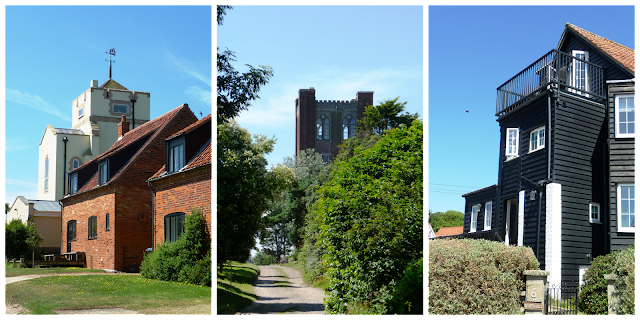 We soon found ourselves back at the car, but not before having a good mooch round the Thorpeness Emporium, where there is a vast array of all kinds of all sorts for a good pick through.

Having thoroughly enjoyed our wander around Thorpeness, we would most definitely recommend a visit if you are in the area.

For us, it was time to head off to Snape Maltings for a bit of shopping and lunch.
Posted by Carol at 11:12

Email ThisBlogThis!Share to TwitterShare to FacebookShare to Pinterest
Labels: Beautiful Britain, Life of Pottering, Out and About, Photography, Seaside, Suffolk, The House in the Clouds, Thorpeness