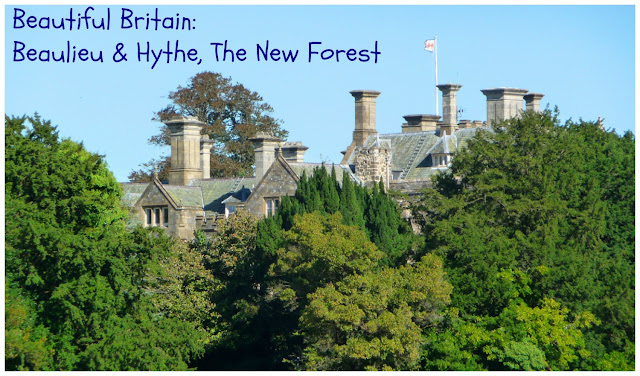 Early on in our holiday in The New Forest we had been on a rainy day drive, working out which places we would like to visit properly when the weather picked up.  Beaulieu and Hythe were both on the agenda.

We decided to make the most of a bright sunny day and we started out in Beaulieu. Of course, the big draw for Beaulieu for most would be the National Motor Museum, Abbey and Palace House. We had already decided that this wasn't for us and were happy to have a wander around the village, which looked really pretty.

Parking in the village is very limited, with just one small car park, and it took several drives around before we managed to find a parking space. 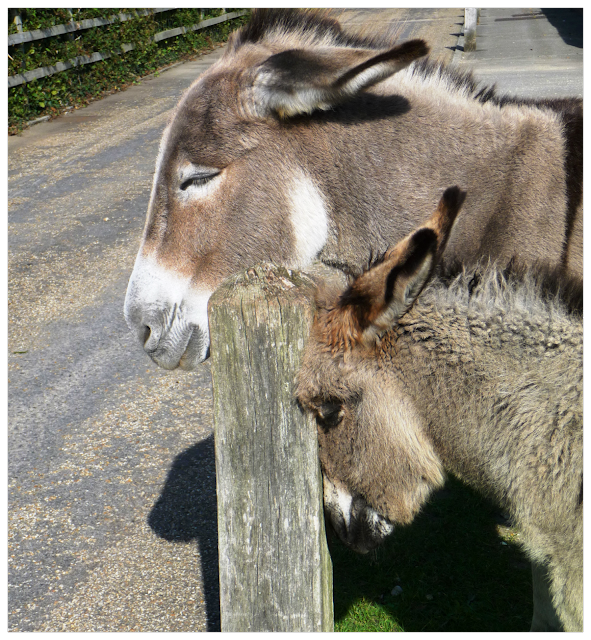 These absolute cuties were pretty much one of the first things we saw on our visit, as they were hanging around on the car park. It certainly wasn't the last that we saw of them.

From the car park we followed our new found friends back to the main road, where there were plenty of tantalising glimpses of the Palace to be seen across the lake. 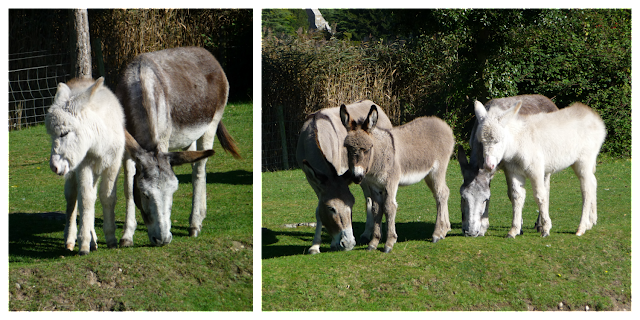 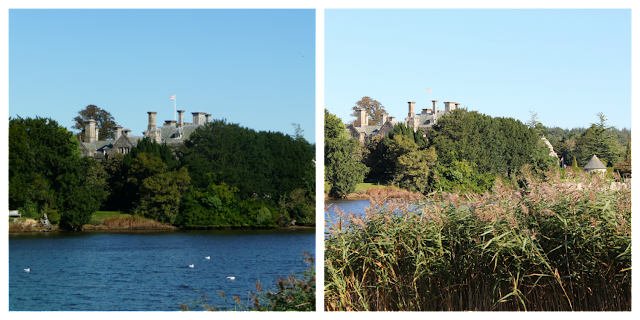 We headed right and made our way along the road, walking through the village, past the back entrance to the museum, and up to the church, where we could catch more sneaky peaks of what lie just the other side of the hedge. 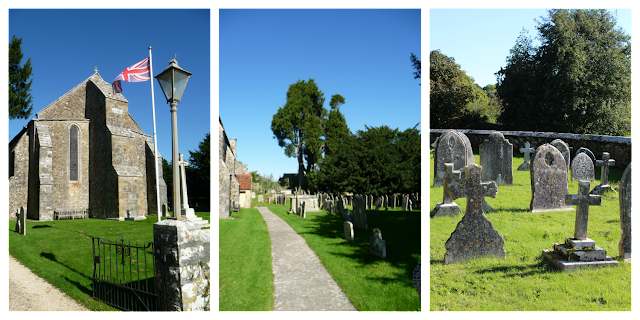 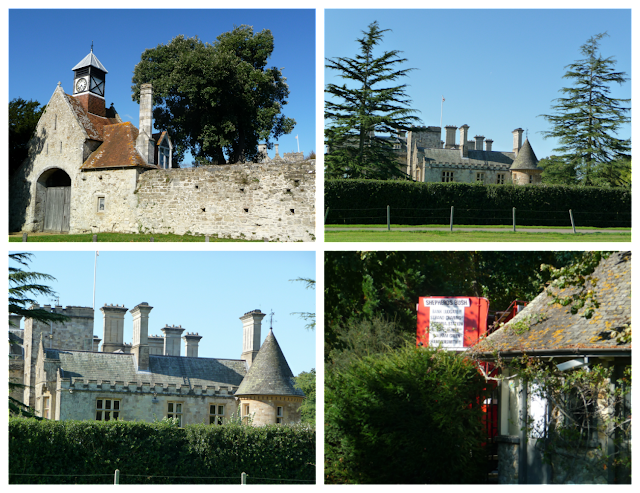 Opposite the church is another beautiful expanse of water and. apart from the sound of the traffic on the road, it felt really peaceful. 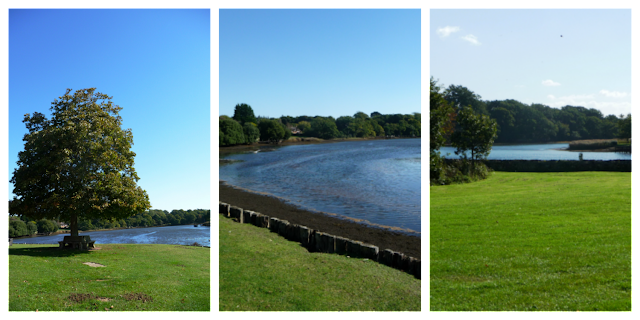 We were enjoying the view before being joined by our old friends again, 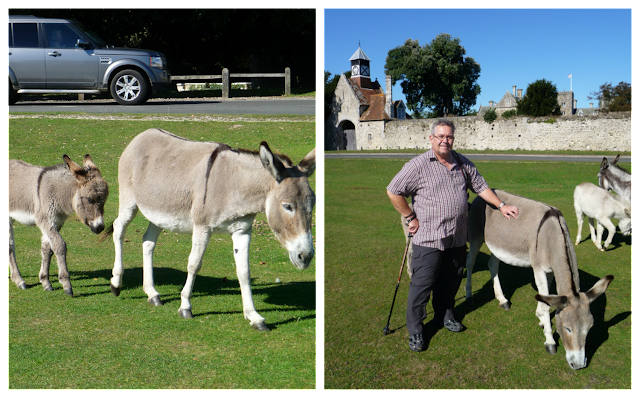 This was clearly a favourite lunch spot for them ... 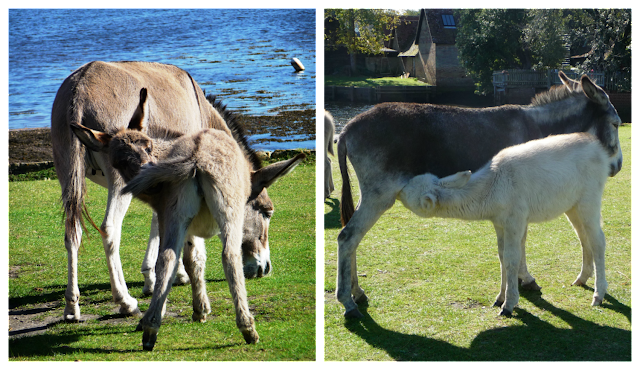 Making our way back along the main road, which can get quite busy, we took a left up the Main Street where we did a bit of mooching about in the few small gift shops that are there. 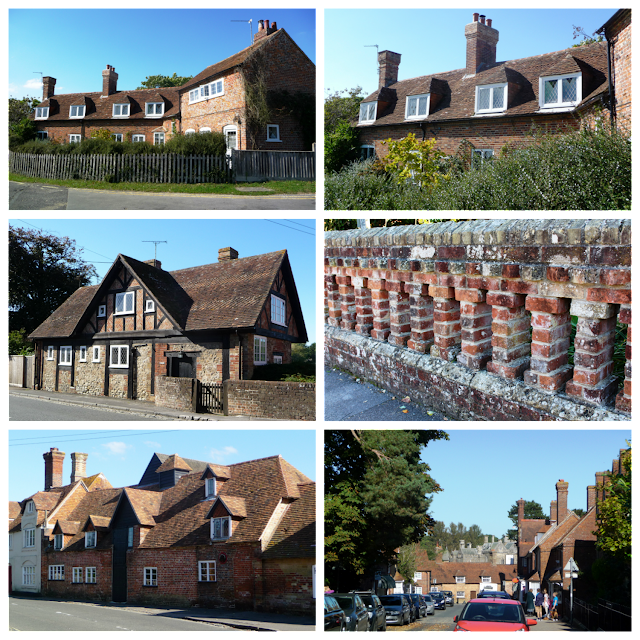 We spent a lovely hour exploring the village. Aside from the obvious attractions, Beaulieu is a lovely little village. It is full of pretty buildings and cottages, very picturesque and was a really delight. Definitely worth parking up and having a wander if you're in the area.

Just up the road from the village is the Beaulieu Road Sales Yard, which we were also looking forward to having a wander round. It is a sale yard used primarily by 'Commoners', owners of the ponies on The New Forest, to sell their ponies by auction. 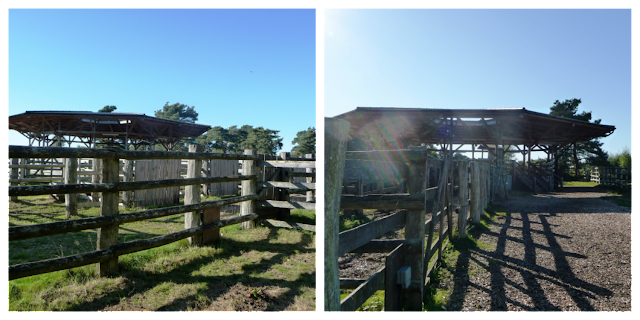 Sales are held four times a year and between 150 and 350 New Forest Ponies are up for auction.

The yard was built on the site just after the Second World War and was rebuilt in 2002. It is recognised as one of the safest and most efficient sales yards of its type in the country.

It was fascinating, very quiet today, but it was easy to imagine it bustling with people and ponies on a sale day.

The best views to be had were from the railway bridge back on the road, where there were more donkeys, showing no road sense whatsoever in their quest to find the tastiest treats. 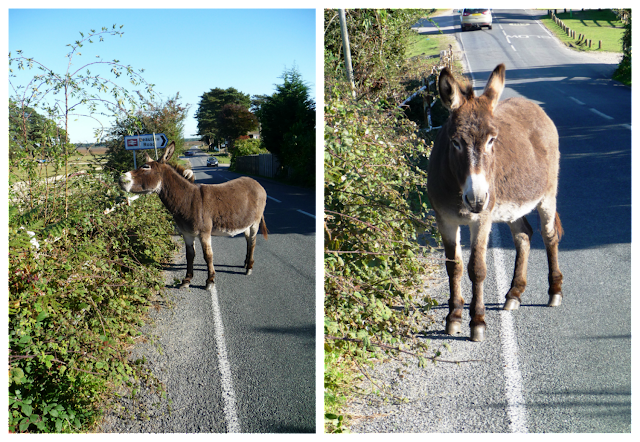 Our last stop for the day was Hythe, a small town near Southampton, along the opposite shore of Southampton Water.

We parked up at the Marina, which is very nice indeed and had a very bracing walk along the coast, with amazing views across the Water to Southampton, where there was one heck of a cruise ship docked. 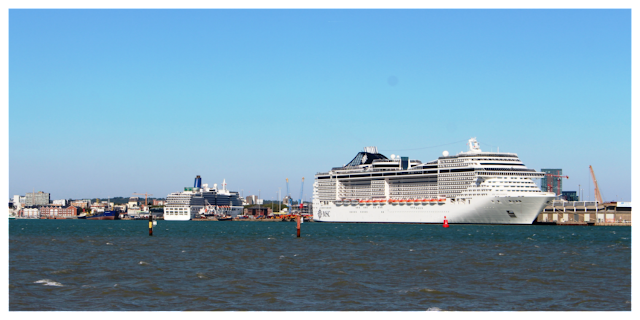 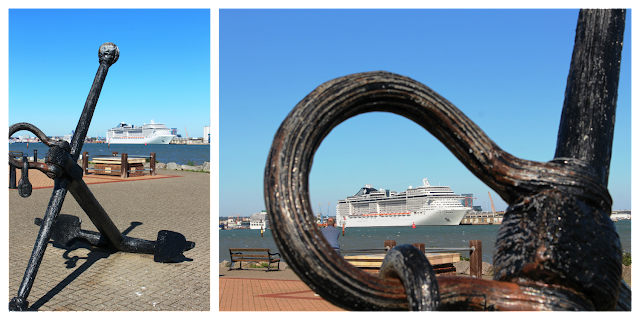 There were some really good views looking back across to the Hythe Pier and ferry too. 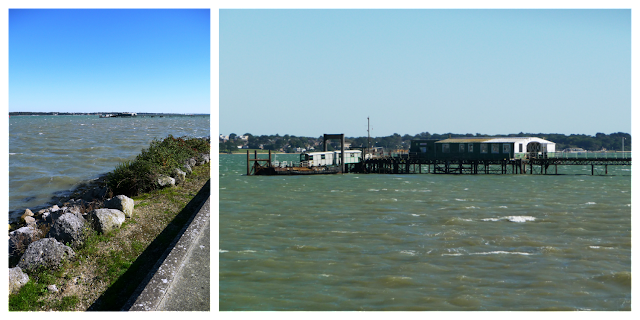 Even on a bright day, the spot is very exposed and it was pretty cold and windy when we visited. Definitely worth a look though.

It's quite close to the town, which is fairly small, with just a few shops and the very unusual pier, where you can catch a train out to the ferry which runs regularly across to Southampton. 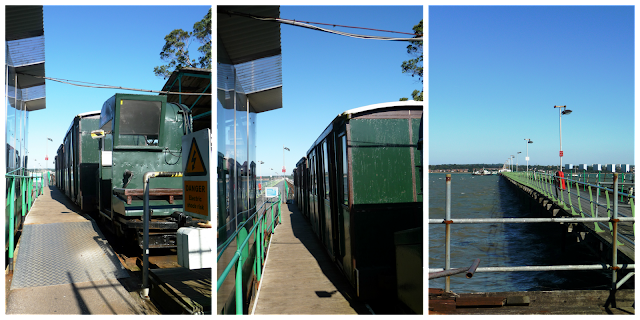 We didn't spend that long in Hythe, but we did manage to find a nice spot for lunch, which is always a winner in my book. 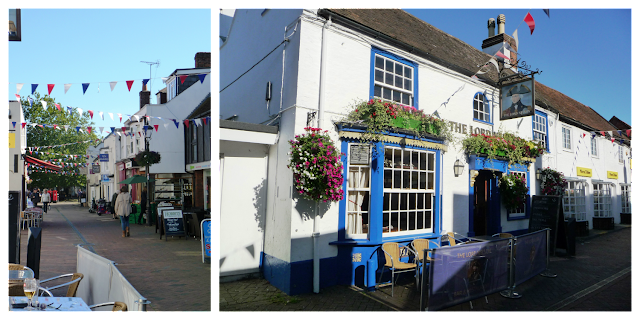 We had a lovely day exploring Beaulieu and a bit farther afield. Highlight of the day had to be the baby donkeys though, they were just too cute.
Posted by Carol at 14:10

Email ThisBlogThis!Share to TwitterShare to FacebookShare to Pinterest
Labels: Beautiful Britain, Hampshire, Life of Pottering, Out and About, Seaside, The New Forest