Easter Fun in the Garden at Number 27

I'm sorry if you've turned up expecting to read about Penrhyn Castle this week, I promise I'll be back on track with that post next week.

I thought I'd meander off plan just a little to capture the memories from our family BBQ that we had this weekend.

It was touch and go with the weather, the forecast was not good. Fortunately for us it wasn't that accurate and we managed to dodge the showers for a fun family afternoon.

Being Easter it seemed only right that we should turn it into a bit of an eggstravaganza and we decorated the garden and had plenty of games and Easter treats on the cards. 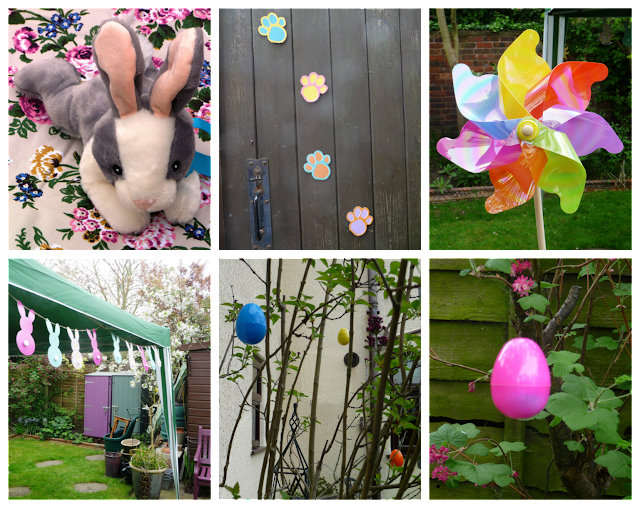 We'd been trawling Pinterest and the local pound shops for the past week or so and had managed to come up with a decent programme of events that cost next to nothing and wouldn't take that long.

As always the games were to be interspersed with far too much food to keep the stamina up.

The whole gang was there and we managed to grab the first full family selfie since Bobby turned up on the scene, so, although its not that brilliant a photo, it's definitely one for the album. 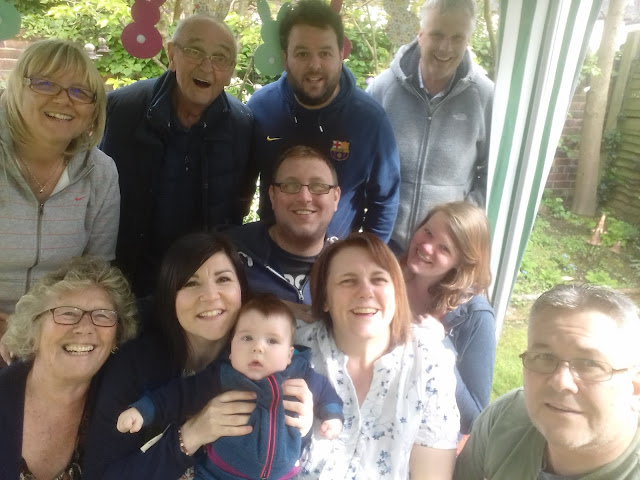 Face off
This was dead simple and a nice easy one to get started with.  The only specialist equipment needed were two packs of small Malteser bunnies, but you could easily substitute with Oreo style cookies.

The objective was to start with the bunny on your forehead and, just using your facial muscles, try and work the bunny into your mouth. There was a minute on the clock and anyone who managed to do it scored two points for their team. 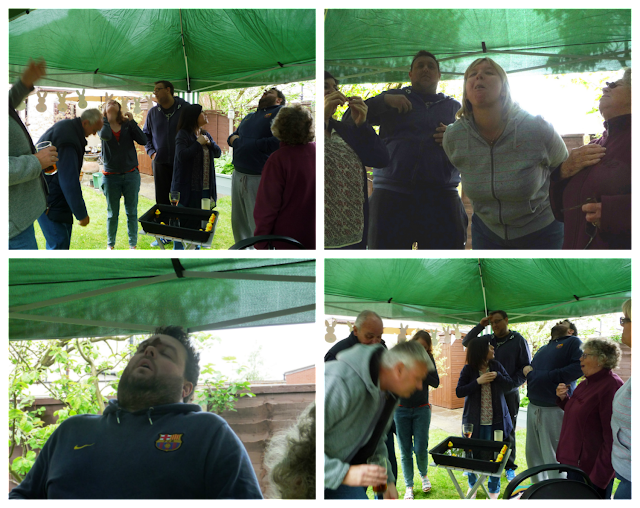 Suck it up
Another nice simple and quick one, which just required a cheap pack of jelly beans, some straws and four plastic containers.

The objective of this game is to move as many jelly beans from one container to the other, just using the straw, in 30 seconds.

Two players from different teams were doing it at the same time, to keep the time down and to get that bit of competitive spirit going.

The team that achieved the highest combined score were declared the winners of this one.

Defy Gravity
Just a couple of packs of cheap balloons required for this one, with the idea being each team has three balloons and the team to keep the balloons in the air for the longest wins.

It did get a bit too easy, so we did end up adding a couple more balloons as the game went on.

Hook a Duck
The £1 shop came up trumps for this one with a set of five ducks and a fishing rod for just a £1. We bought two sets and set the ducks up in a tray of water with two players having to fish for as many ducks as possible within a 30 second timescale.

If it got a bit too easy then a storm blew up to set the ducks rocking about a bit more. 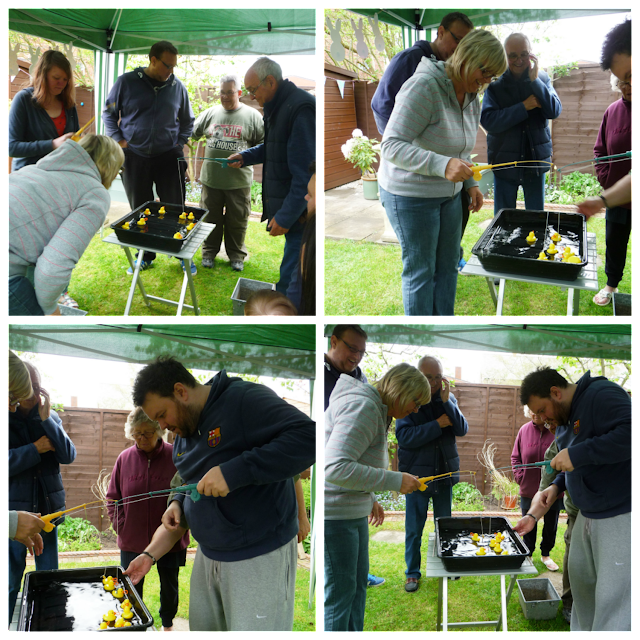 Tail End
This was basically a pin the tail on the bunny game that we found in Asda. It was only about £1 and came complete with bunny poster, four bunny masks and cottontails. 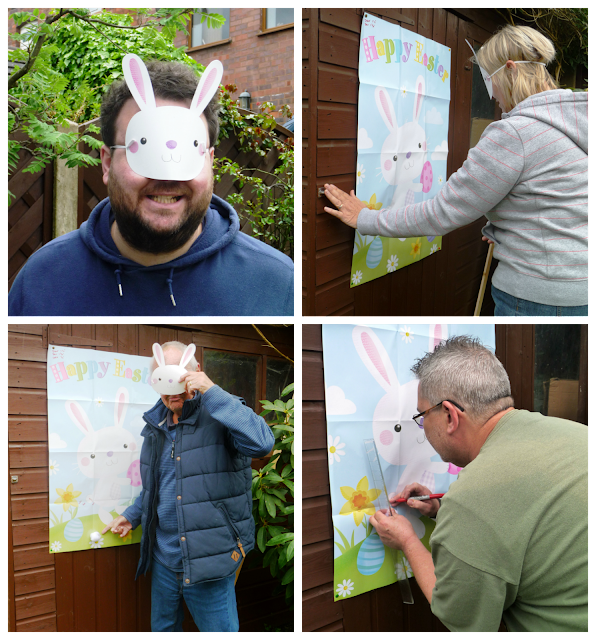 Martin took his role as official adjudicator for this one very seriously!

Easter Shed Hunt
The scores from the first 5 games were totted up and the 2 with highest qualified to take part in the Easter Shed Hunt. We are lucky enough to have two sheds and we'd hidden chocolate eggs, bunnies and jelly beans in each shed.

Each team were given two minutes in the shed to find as much bounty as possible with each item being worth a different score. 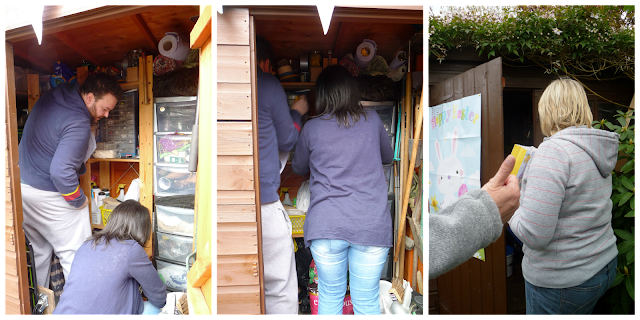 Both teams did really well, but there are still a few bits that weren't found that Martin and I hope to stumble upon in a future gardening day!

Easter Egg Hunt
The final event of the day was a more traditional Easter egg hunt, with eggs, fluffy chicks and bunnies being hidden around the garden for each team to find.

The game started with the roll of a die. Each team needed to roll a six to win their Easter egg hunt bag and then off they went. 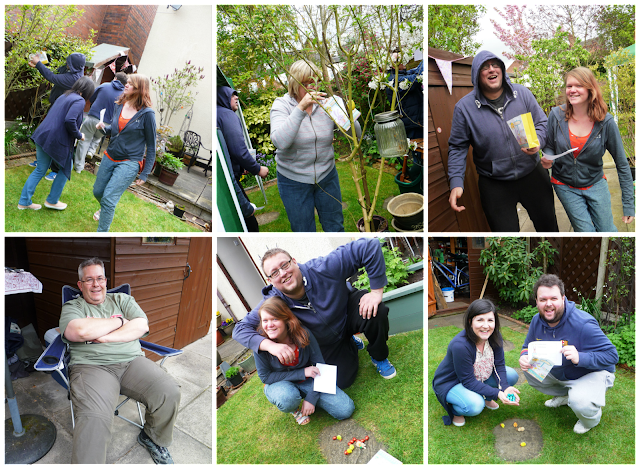 Games over it was time to hand over to Martin, who is king of the BBQ for yet more food, before tucking into plenty of Easter treats. 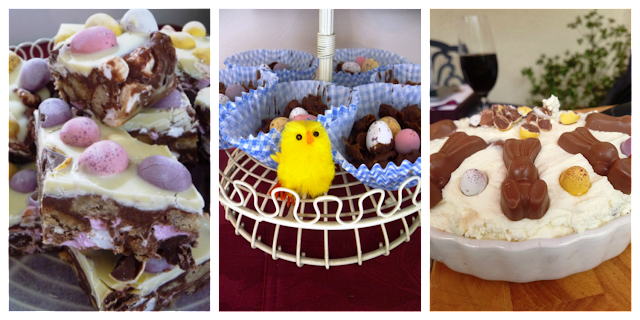 We had a lovely afternoon, we managed to dodge the rain, had loads of fun and loads of food.

So that was Bobby's first family BBQ. I think he enjoyed it, though I think it wore him out. 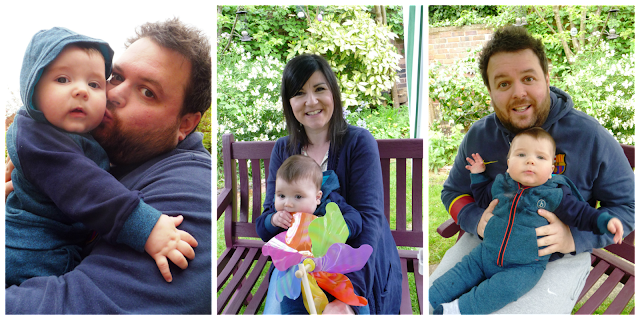 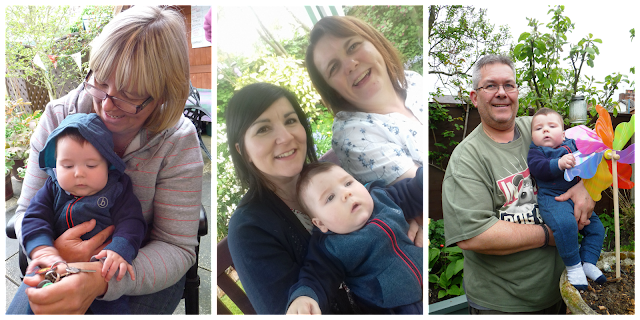 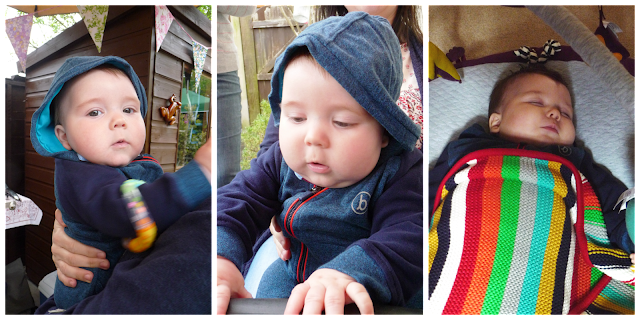 Another lovely family day to store in the memory bank.

It was lovely to make use of the garden whilst it's looking lovely. Ready now for the renovations to begin 😃
Posted by Carol at 12:40

Email ThisBlogThis!Share to TwitterShare to FacebookShare to Pinterest
Labels: Friends & Family, In the Garden, Life of Pottering, The Garden at Number 27