As Martin was off over the Easter weekend and we wanted to make the most of the four days, you saw my list, I got all the boring jobs done on Thursday.  We then hit Asda and B&Q Thursday evening so we were fully equipped for the weekend ahead.

Friday was fabulous, blue sky and sunshine all the way.  We were in the garden from 8.30am till about 5.00pm and got loads done.

As the light was so good first thing we started off by taking some more pictures of what's in flower in the garden right now. 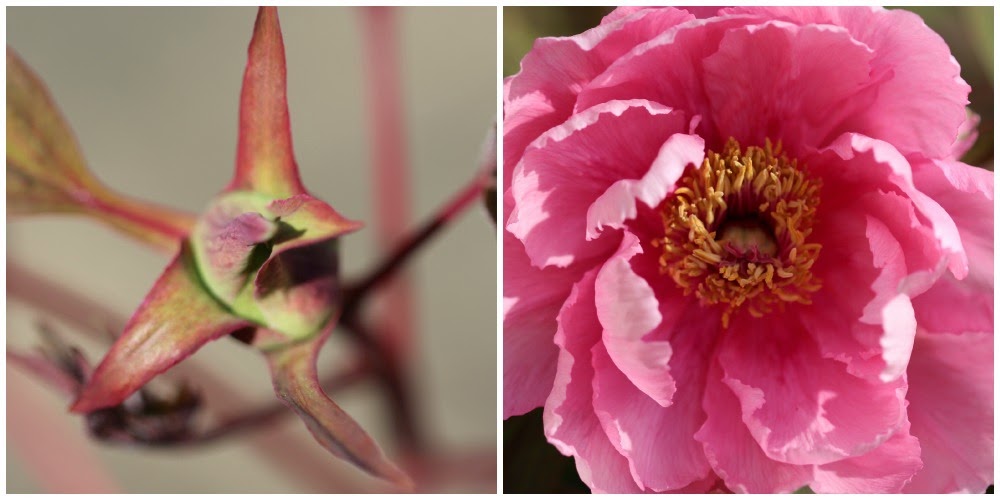 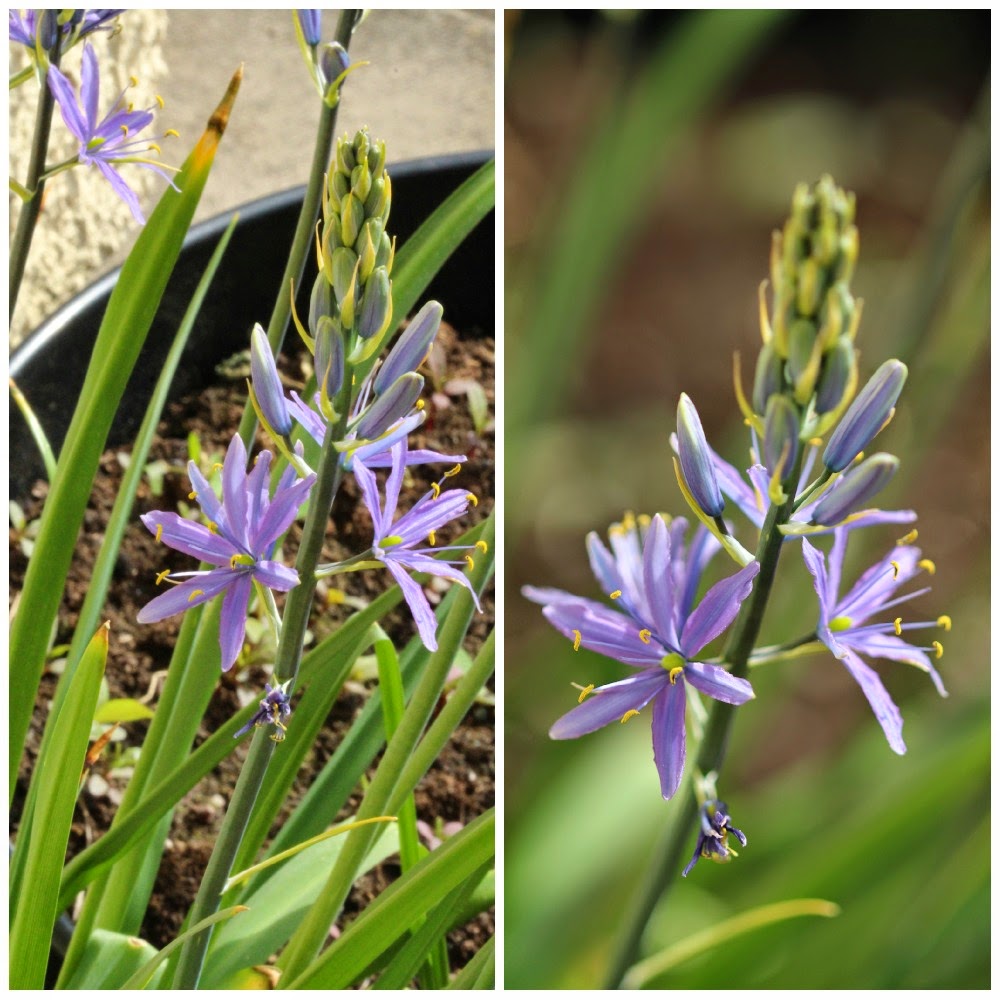 This little beauty is Camassia Leichtlinii.  Yes, I did have to look the name up!

For our Wedding Anniversary last year, we stayed in a beautiful cottage, with a beautiful garden in Pickering in Yorkshire.  We had never seen this plant before and we asked the owners what it was before we left.  They weren't too sure, but very kindly offered to dig a clump up for us to take home.  Well, as I've said before, you don't say no to new plants.  It's currently in a pot on the patio and looks great at the moment.

We've got an abundance of bluebells, which just seem to keep on spreading like mad, which are currently looking their best.  Also looking the best they ever have are the Morello Cherry, bring on the jam making, and the lilac.

The year before last the Morello Cherry took a real heavy pruning as it was looking really straggly.  It didn't do well last year, but this year it is back with a vengeance.  We have had the lilac in a pot for about three years now.  The first year it didn't flower at all, last year, we had two blooms on it.  This year it is covered in fragrant purple flowers and looks great.  It's a good job really as this year was its last chance.

The other thing which is looking glorious at the moment is the yellow Azalea, which moved in with Martin, about seven years ago.  When he moved in there were two of them.  Sadly, the other did not fare so well.

After what seemed like ages faffing about taking photos we finally got down to some serious garden activity, we worked like Trojans for the rest of the day 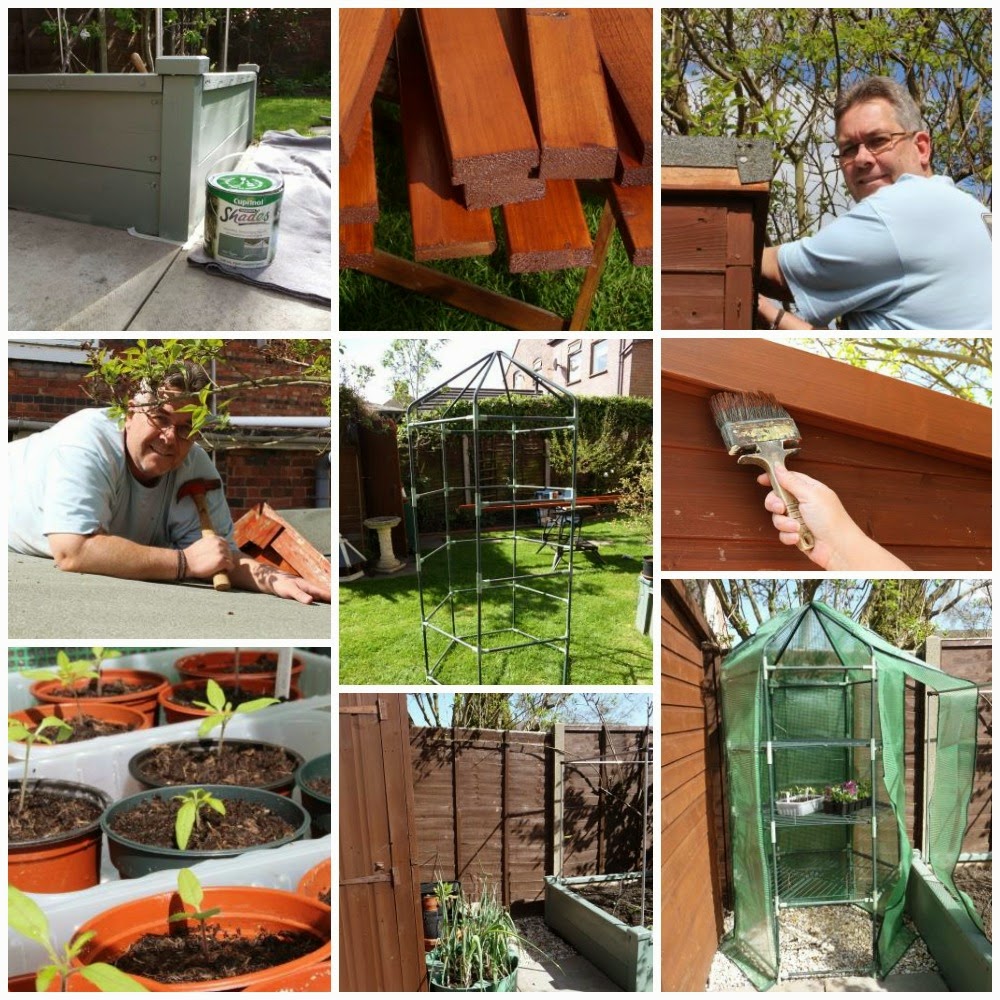 Martin even sneaked in a trip to Kwik Fit as the Astra needed four new tyres - she must know we've been looking at new cars and her days are numbered.  She is not to going to go quietly!  Based on the trade in value we've been offered for her, the tyres are now worth more than the car. Happy days!

We were busy inside all morning, so we didn't mind too much.  We knocked up another Butternut Squash & Red Onion Tarte Tatin and Seafood Lasagne, ready for tea with mum and dad later, so there was only dessert left to do.

The weather did pick up a bit and mum and dad spent the afternoon with us in the garden and we had another really productive day. 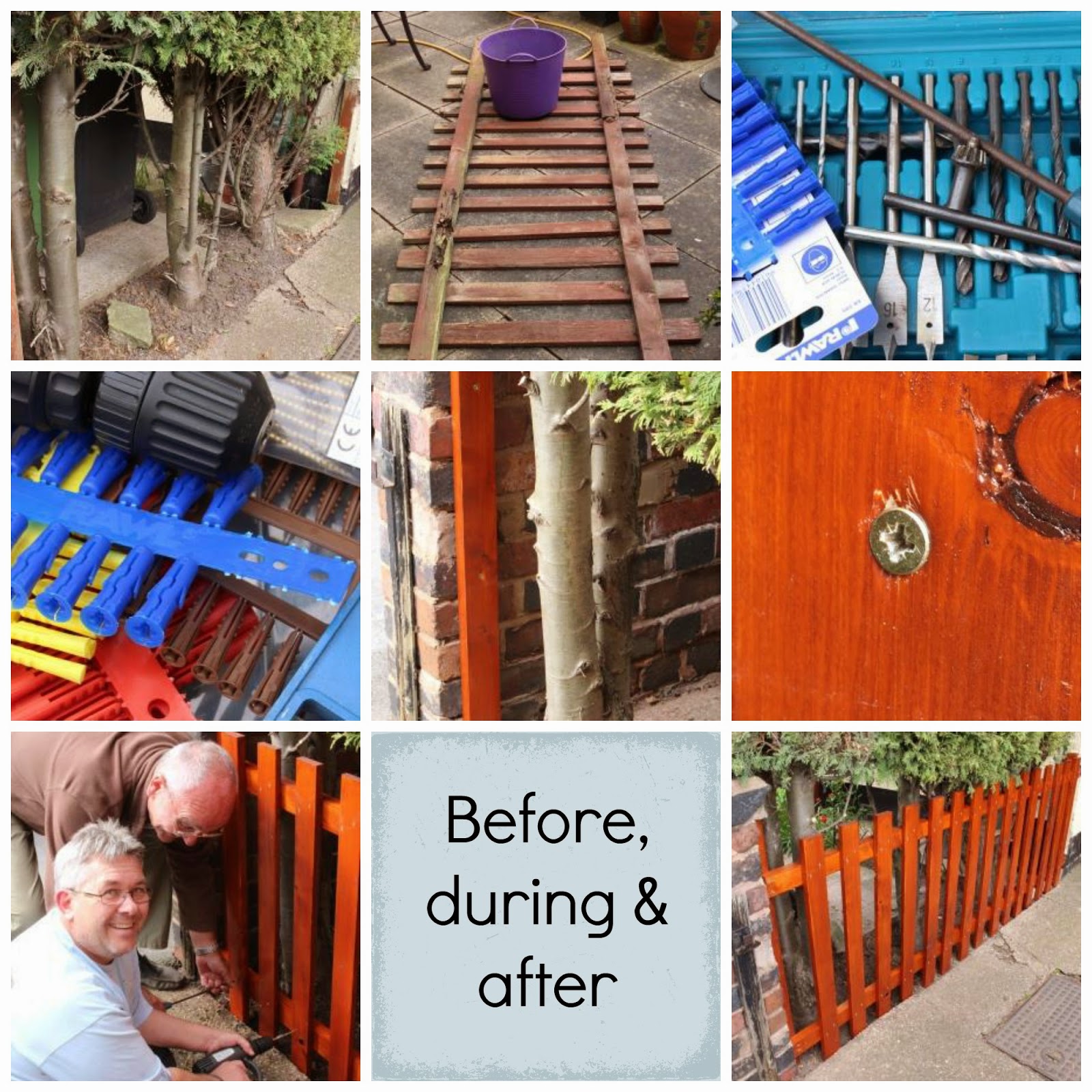 All creaking at the joints and shattered, after a hard afternoon grafting, we were really ready for dinner, which went down a treat.

We finished our meal off with brandy snap baskets, filled with blackberries, picked last Autumn, soaked in Kirsch and topped with a lemon mascarpone cream. Oh yeah, we also had some home made buttery biscuits on the side.

Once mum and dad went off home, we flaked out on the sofa in front of the TV and didn't really move again till bed time.


Sunday morning seemed to just come and go in no time.  We didn't really surface until about 11.00am, well we are on holiday, and it was another grey day.

As we'd been in the garden solid for the last two days, we were getting a bit concerned that we hadn't seen much of the blue tits.  We decided to give the garden a wide berth to give them a bit of peace and quiet and headed off out to do a bit of Geocaching maintenance.  This is one of those pain in the jacksie jobs that comes with launching caches for other cachers to find and involves checking the position and condition of the cache containers.

Armed with all kinds of repair paraphernalia we headed out to give our Round about Hopwas series some TLC.  Our Hopwas series is a series of caches placed on a three mile circular walk taking in a lovely village, Hopwas, some canal towpath and some green lanes.

We knew from logs other cachers had recorded, that some needed new log sheets and some needed repair.  There were also a few which hadn't been found for a while and needed checking out - it's amazing how these things can move.

As rain was threatening and we were still tired, we decided to drive round as much of the circuit as we could and only did a bit of walking where we couldn't reach the caches by car.

We also repaired a few broken containers, replaced numerous log sheets, dried out a couple of boxed and fitted an 'O' ring to a nut and bolt type container, which just kept getting we through and seized up. 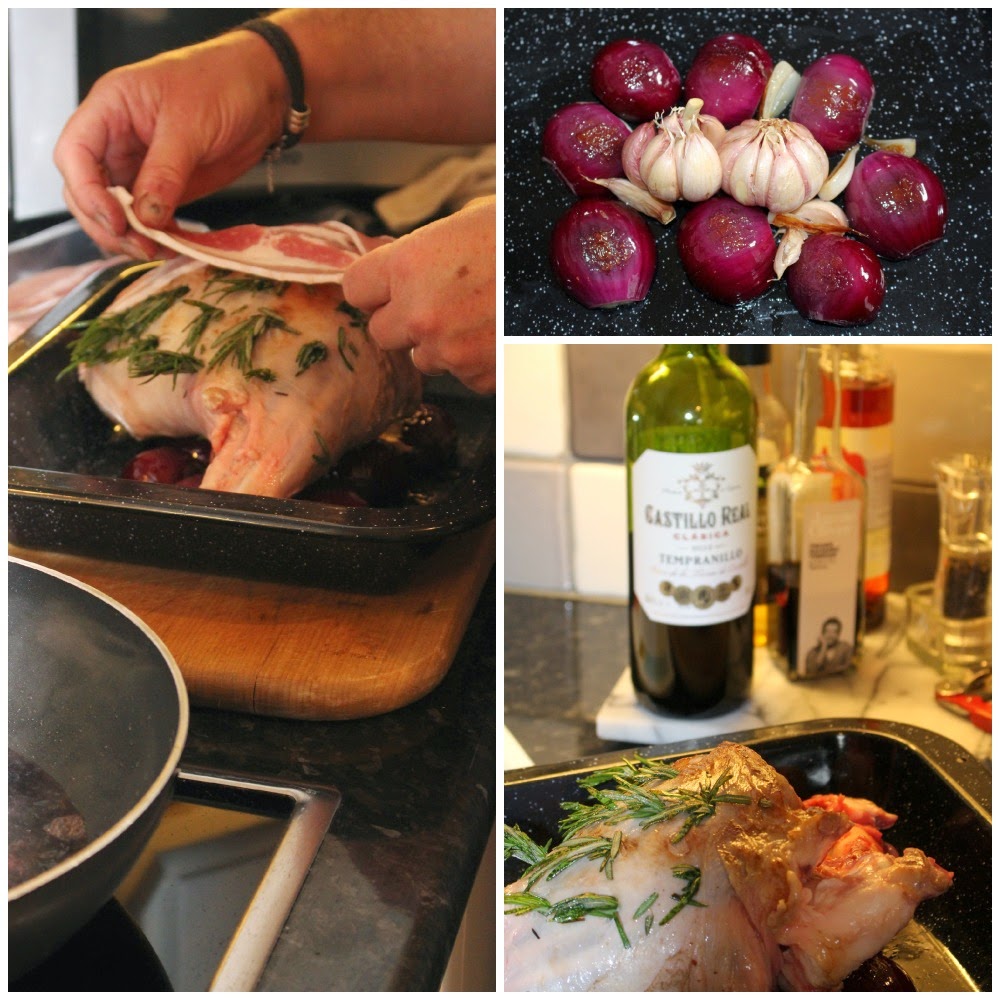 We do have another series, which is also in need of attention but we'd had enough for one day and headed home for a roast lamb dinner.  Mmmmmmm lovely.

Monday dawned, the last day of our Bank Holiday weekend.  I was full of cold, so got dosed up with LemSip, before heading back out into the garden for a nice relaxing day, planting and potting on - real pottering!

We planted lettuces, radishes, spring onions, beetroot, watercress and parsnips.  The greenhouse is bursting at the seams.

Mum and dad are now off on holiday for two weeks so all their stuff is in there too, including the shallots planted, as per the advice of the vegetable gardener at Hardwick Hall - they look great and it won't be long before we can plant them out.

So, we've had a really productive and rewarding weekend.  We're both aching and shattered, but feeling very pleased with ourselves.  All jobs on the list done, bar visiting my brother and his girlfriend (he wasn't around to visit, when we were available to visit), and extra stuff squeezed in!

Not only are mum and dad away for the next two weeks - I'll be doing my own cleaning - but Martin is heading off to Scotland for the rest of the week with work.

What will my Life of Pottering be like without my closest Amigos?  Will I like it?  Will I get bored?  At least I will have plenty of time to catch up on my blog.
Posted by Carol at 16:55