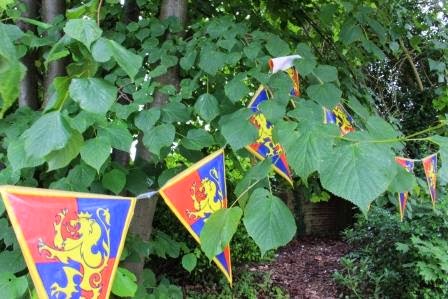 The last Saturday of the month dawned and it was our School Summer Fayre.  When I say our School, I mean the school of which I have been a member of the Governing Body for a number of years.

It was a bit gloomy to start, to say the least.  Following the week of glorious sunshine we'd had, the weather had taken a turn for the worse, and Martin and I arrived at school to a heavy drizzle.

We maintained our enthusiasm and helped set up. The grounds looked great, with lots of the children's artwork hanging from the trees. 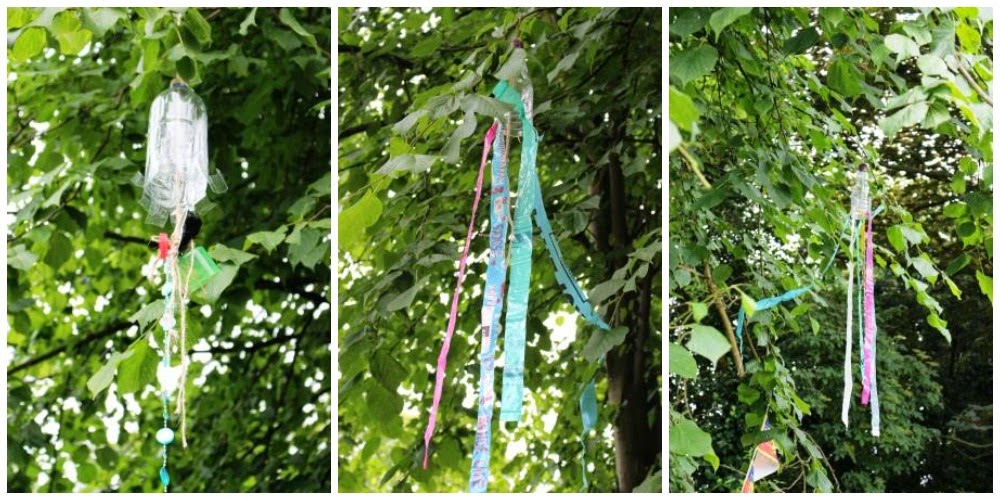 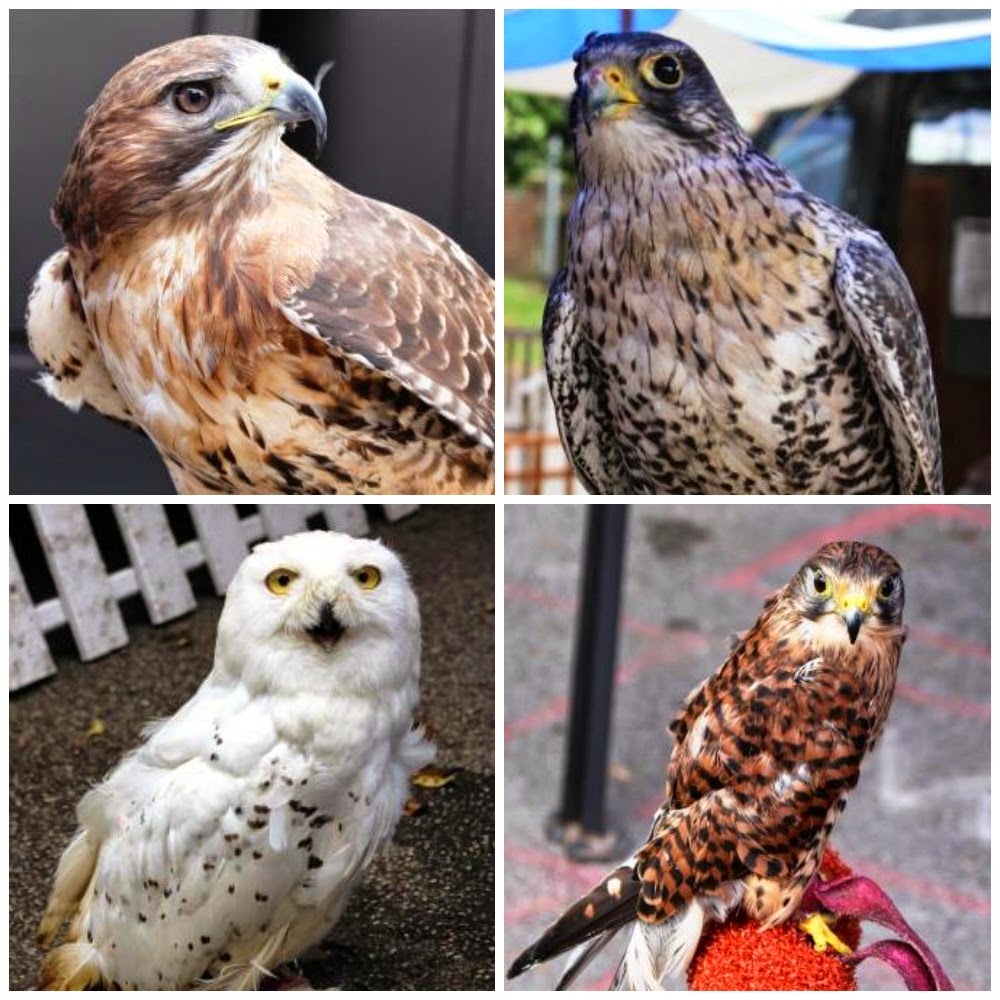 There was loads going on with a display of Birds of Prey, lots of stalls, including - Beat the Goalie, Hook a Duck, a set of stocks, a Tombola, a Bottle Stall, an archery competition and a skittle alley.  There was also live music, children's fancy dress, the school choir and plenty to eat and drink with a BBQ, a cake stall and a Pimms & beer tent, which were right next to ........ Happy days!

We were in charge of the 'Tin Can Alley'.  Sounded straight forward enough.  3 balls for 50p, knock all the cans over to win a prize.  We managed to obtain a number of large umbrellas as our stall seemed to be one of very few not covered by a gazebo!!

Well, after a quick Pimms in the rain to get me in the mood, 12.00pm came and the Fayre was open for business.  Luckily the drizzle cleared up and the weather did it's best for us.
After a slow start the 'Tin Can Alley' really got going.  Note to self - take a wind break if doing the 'Tin Can Alley' again.  Martin was in and out of the bushes, chasing after balls constantly, all afternoon.  What with that, and re-stacking tins time after time, it was the most exercise he's had in years.

By the time we'd finished, at 3.00pm, we were both shattered. 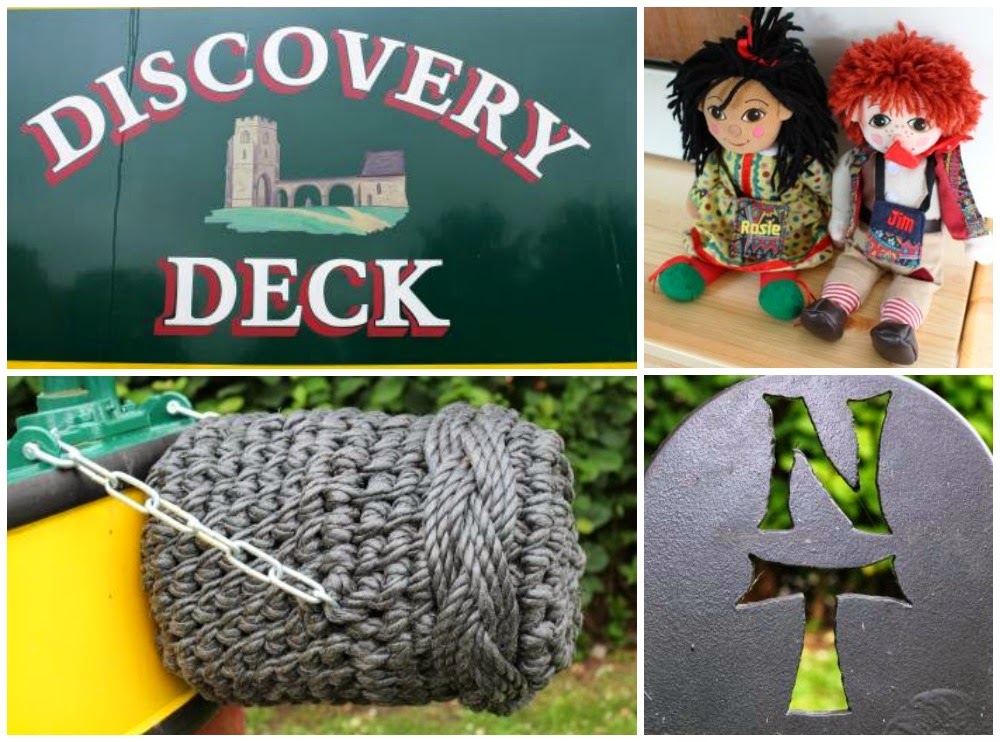 The day had been a real success for the school, with lots of visitors getting chance to support the school and have a really good look round the grounds and our narrow boat library, Discovery Deck

We manged to make £38.00 on the 'Tin Can Alley', which may not sound like a lot, but that's 76 people having had a go.  Based on the fact that I was quite generous with the number of balls allowed, that was a lot of running in and out of the bushes for Martin - he's a star!

Once we'd finished and helped pack away, it was off to The Ash Tree for tea, with Jo, Steve, Hannah and Megan, who'd come to join us for the last hour.

I'm volunteering for 'Hook a Duck' next year.
Posted by Carol at 10:59

Email ThisBlogThis!Share to TwitterShare to FacebookShare to Pinterest
Labels: Life of Pottering, Out and About