Apart from lots of watering, feeding, tying in and topping out, the veg plot has all been about watching things grow and reaping the rewards of our hard work this month.

We've had lots of leaves and radishes, the first beetroot, which haven't done that well this year, plenty of French beans and lots of courgettes. 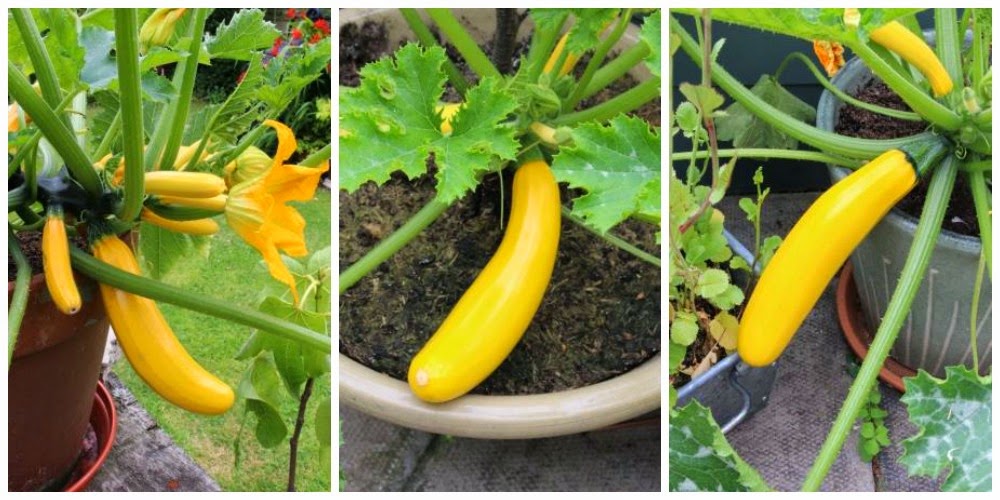 We've also had the last of the strawberries, the morello cherries and lots of blueberries.  We've had to wrap the blueberry bush in fleece, to protect the berries from some cheeky blackbirds that were having a bit of a feast. 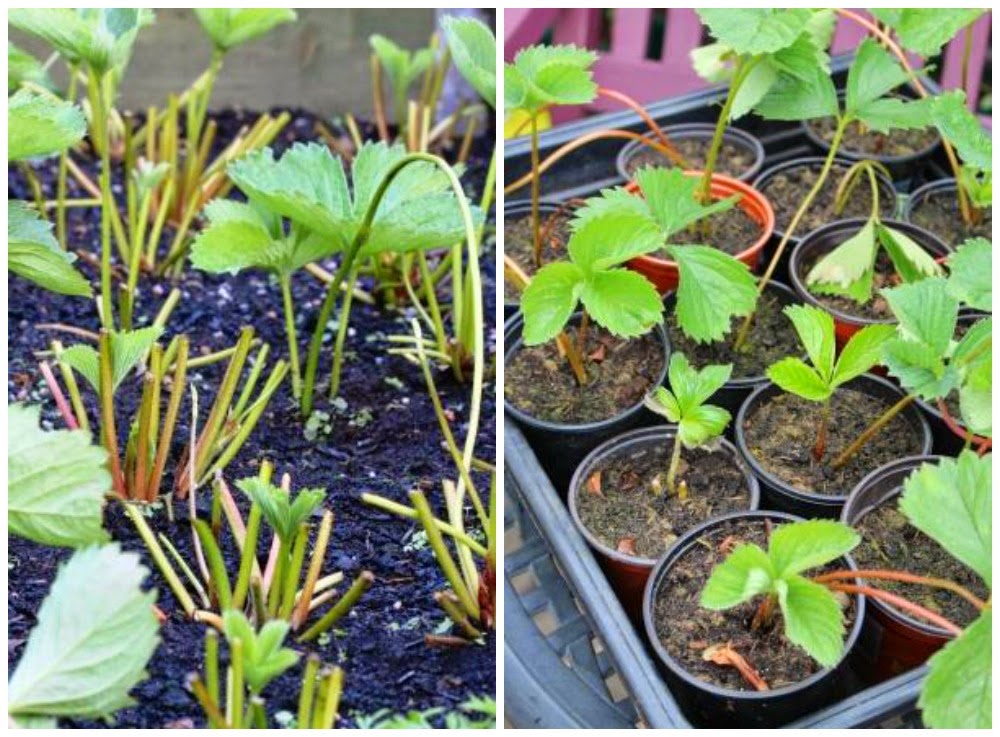 I've renovated the strawberry bed in readiness for next year and have potted up a stack of runners, I had to sacrifice loads, there were just too many, for the space we have available. 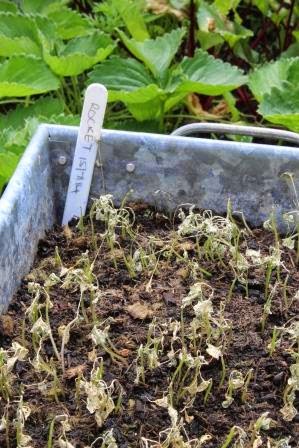 I started off another batch of radishes and some rocket and more mixed leaves.  Sadly, we completely lost the radishes and rocket to flea beetle.  How frustrating is that?

The tomatoes and the small round yellow cucumbers are coming on well, now having a weekly feed. 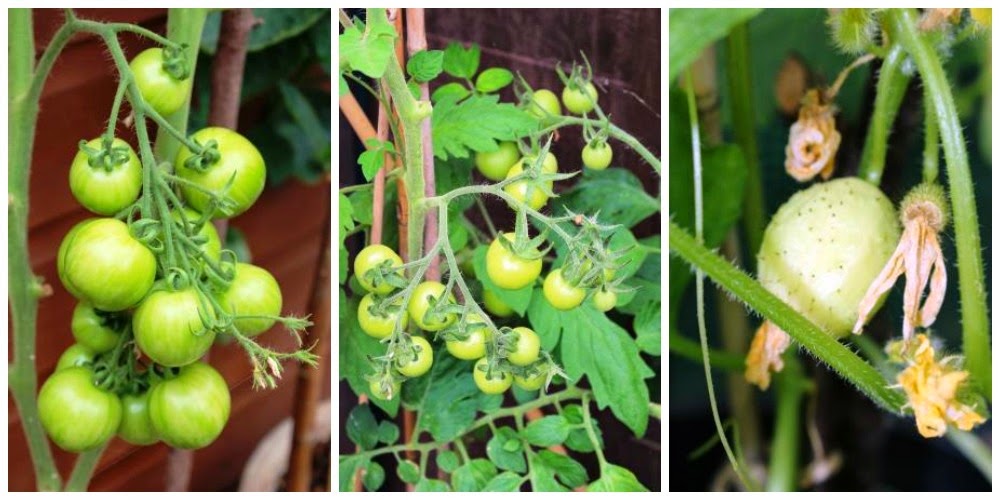 The squash look really healthy with a few flowers having made a show.  Even though this is what is termed as an F1 hybrid, we seem to have only one female flower, which has produced a nice small healthy looking squash, which we will nurture. Fingers crossed it won't be the only one.  We have tried squash before but didn't have much joy.  We are hoping that we have more luck this year. 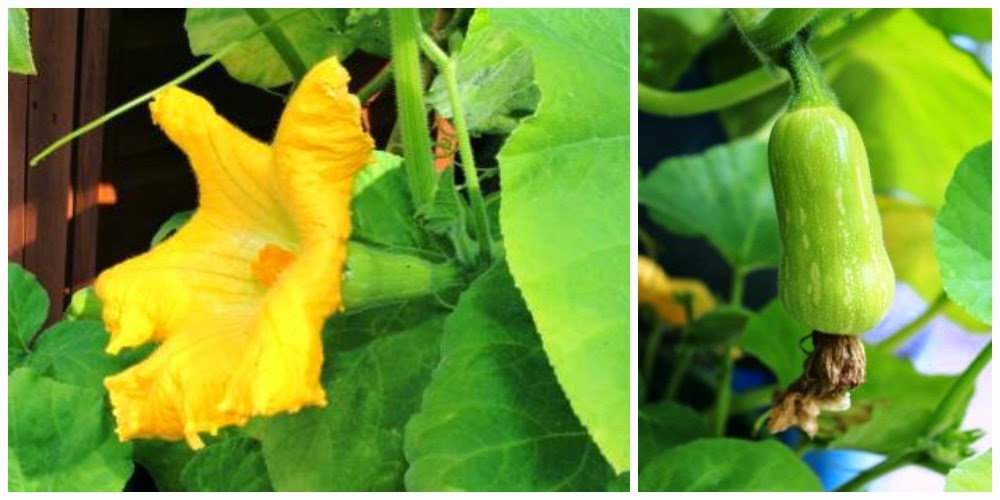 The parsnips and leeks seem to have taken well, so should be available for a winter harvest.

The shallots, now what can I say?  Mum and dads have done fantastically well.  Ours, from exactly the same batch and started off and planted in the same way at the same time are looking disappointing.  A few have split, but most appear to just be husks.  I will leave them a bit longer to see what happens but I'm not holding out much hope.  I'm not sure whether we may have over watered them.

I love this time of year, we are pretty much eating something that we have grown ourselves every day - it's a really nice feeling.
Posted by Carol at 09:39