Dartmoor - Back to the Coast - The English Rivera 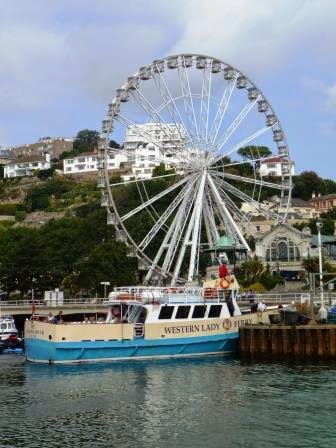 The weather forecast looked promising for Tuesday and we thought it would be nice to be beside the seaside.  The plan was to go to Paignton.

Well, we got to Paignton. What can I say? We decided very quickly, without even getting out of the car, that it wasn't for us. We were really disappointed. After all, the seaside, a pier, a harbour, we'd been looking forward to it.

We decided that, having come all this way, we would carry on along the coast to Torquay, to see whether or not that was more our kind of thing.

It wasn't far and we were greeted by a much prettier and more interesting looking sight. Nice blue sea, lots of pretty boats in the harbour and a great big wheel.

We decided to spend the afternoon here and started with a wander around the marina area. There were loads of boats and some really interesting artwork on the quay, commemorating the 2nd World War D-day disembarkation, including lights in the pavement depicting a Morse code message relevant to D-Day. 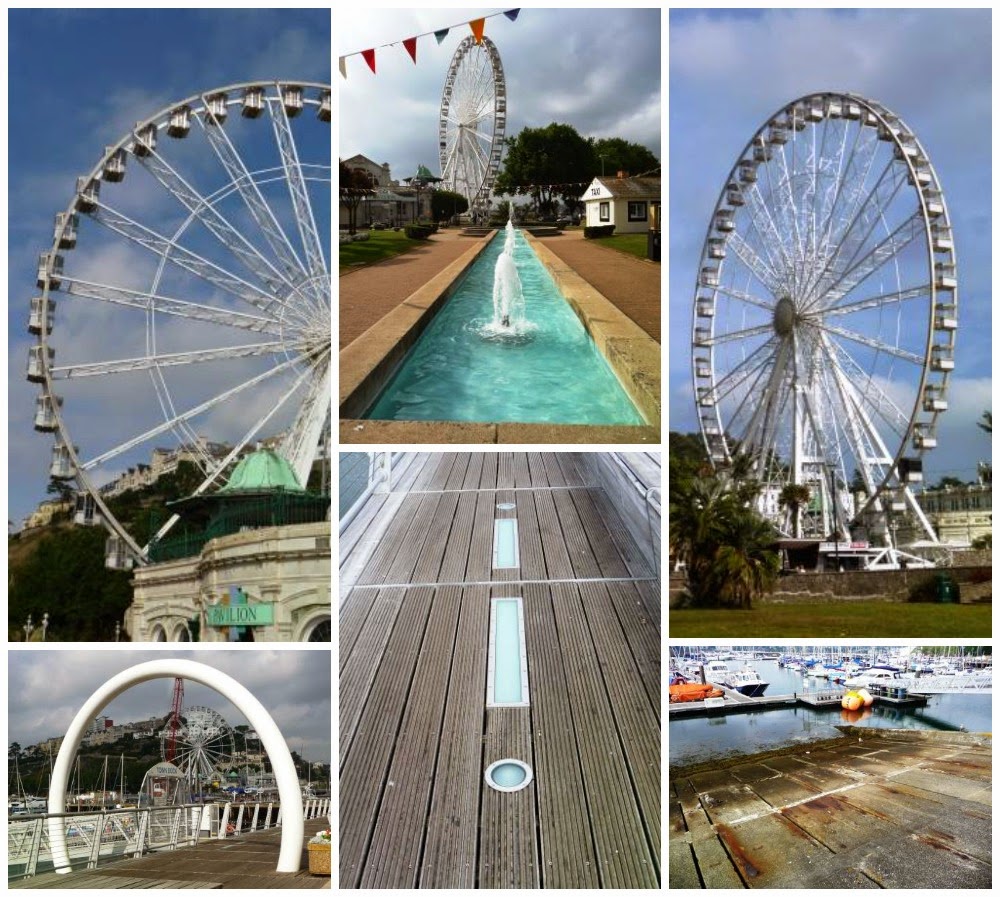 Unfortunately, the information board only had the dashes showing and no dots, so we couldn't work out what it actually said.

We had a really nice relaxing lunch sat on the balcony of the Living Coasts cafe before having a wander along the coast in the other direction .

Our caching exploits in Torquay were a bit dismal. We found that three of the ones we wanted to do had been disabled and one we couldn't find, even after phoning a friend who had been on holiday to Torquay last year, but they didn't find it either. In the end we found just two, so at least we haven't blown our consecutive days caching goal as yet. 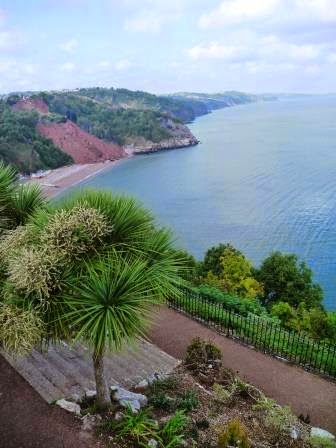 Before heading back for Moorbrook Cottage, we had a short drive along the coast to Babbacombe. We parked up near the funicular and walked along the gardens towards our last cache of the day.

It soon became clear that there was no way we were going to walk down to the final location, which was in a car park, so I made a managerial decision to retreat to the car and drive down.

When we arrived back in the car this had turned out to be a good decision! As the road was sooo steep. It was the steepest that our new Mazda CX5 Geowagon had been down and up. It certainly was a test of commitment.

Anyway, we got down OK and had a quick dash to find the cache without having to pay the parking (naughty we know, but we were only going to be there for a couple of minutes .... Officer!)

Email ThisBlogThis!Share to TwitterShare to FacebookShare to Pinterest
Labels: Beautiful Britain, Dartmoor, Devon, Life of Pottering, Out and About, Seaside