On Sunday the weather forecast was a bit unpredictable.  Hazy sunshine and showers.  Should we risk the coast again? Or should we stay a bit more local?

We decided on a drive across the moors to Bovey Tracy, a place that neither of us have ever visited, for a wander around and, you guessed it, a spot of Geocaching. 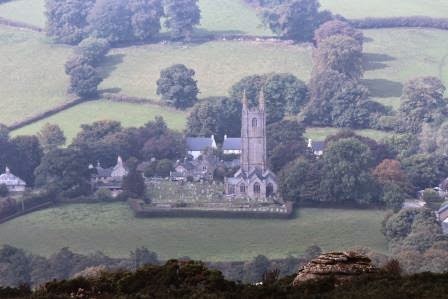 We drove back through Widecombe-in-the-Moor and out the other side, stopping at the top of the hill to pick up our first cache of the day, as well as take some pictures of Widecombe church. The views were amazing, though it was a little hazy.

We would definitely be re-visitng lots of places if we had another bright blue sunshiney day before we went home.


There was so much going on on the moors today. There were people and animals everywhere - cyclists, walkers, horse riders, cows, sheep, ponies. People walking across the moors, people having picnics, people silhouetted on the tors. It was a sight to behold and actually really nice to see so many people out and about enjoying the natural Autumn beauty of the moors. 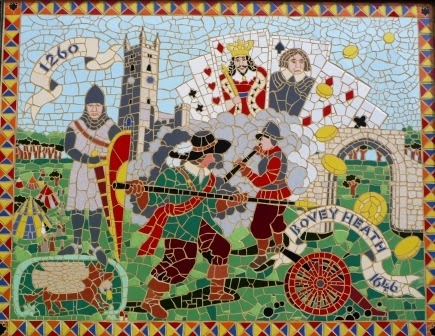 We picked up a few more caches on our way to Bovey Tracey before parking up in a car park at the start of a multi cache we wanted to do, called the Mosaic Trail.

There are a number of mosaics that have been placed around the town and it was our job to track them down and then answer questions to get the numbers to then fill in the final destination co-ordinates.

We loved the mosaics and I seriously think I can feel a new project coming on to keep me busy over the Winter months.

We managed to find all that we needed and worked out the co-ordinates for the final cache hiding place.

It was then time for a break for lunch in the roof terrace cafe at the craft centre, and very nice it was too, before picking up one last hide before heading back over the moors to Moorbrook cottage.

As we passed Haytor the path up to the rocks looked like a motorway. There were so many people walking up and down.

It's weird, you'd think it would spoil it with there being so many people around but it didn't. They are pretty much all concentrated in a particular area, and there is plenty of deserted moor to see as well.

Like this morning, it was just nice to see so many people appreciating what we are so lucky to have close to home.
Posted by Carol at 15:18

Email ThisBlogThis!Share to TwitterShare to FacebookShare to Pinterest
Labels: Beautiful Britain, Dartmoor, Devon, Geocaching, Life of Pottering, Mosaics, Out and About