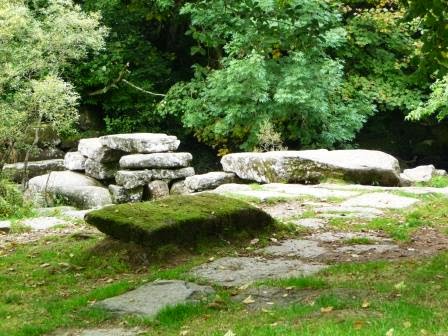 It was Monday and we had thought we might go to Paignton, we really wanted to get another visit in to the seaside. However, we woke up to a very dull day and, looking at the weather forecast thought we'd save the coast for Tuesday.


We decided we'd have a nice easy day, with a lie in, and then just nip up the road to Dartmeet to have lunch at Badgers Holt, followed by a wander around.

Dartmeet is one of those places that you will either love, or do everything in your power to avoid, especially in summer when the place is teeming with tourists. It's a bit like Dovedale in The Peak District. 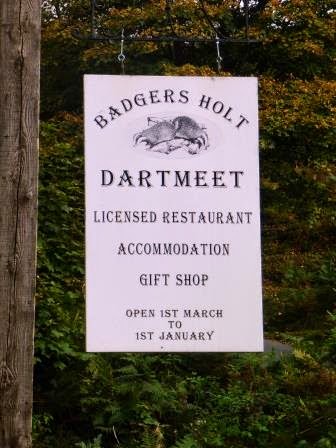 The main attraction is exactly what the place-name suggests, its the place where the West and East Dart rivers meet - namely a confluence. They then flow on down the valley for a couple of miles when the river becomes the 'Double Dart' which flows down to Buckfast to become the 'River Dart'. And apart from an ancient clapper bridge, that is basically your lot.

As we have never been here before and we love old stone bridges we just had to go and have a look. It was a bit mizzley when we arrived so we decided we'd have lunch first and then have a walk around.

Inside, it's a dark, pine, tongue and groove clad, wooden building. There are banks and banks of formica tables and 70s kitchen chairs, with pretty freaky 3D pictures of puppies and kittens on the walls, and bright blue and pink sheepskin rugs hanging from the rafters. 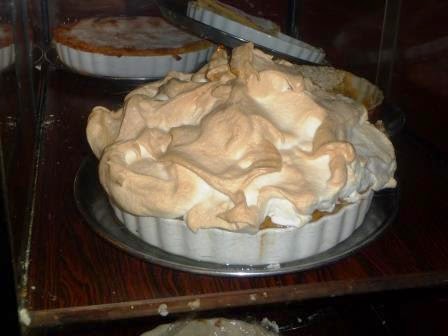 It was also very, very quiet and could definitely have done with some background music going on.

We did actually go in and came straight back out, before deciding that, yes, we would have lunch here as planned.

The menu selection is huge. From every kind of roast dinner, to sandwiches, to your normal pub grub like lasagne and scampi and chips. There was also a pretty impressive cake and dessert selection, with the biggest lemon meringue pie I've ever seen.

Martin had a lamb and mint burger and I had a cheese sandwich, both with chips. Both the food and the service couldn't be faulted.

It was quite popular with a constant stream of folks, mainly fairly old, coming and going. After we'd finished eating we had a quick look round outside. They have a collection of small 'petting' animals, which did actually look quite sad. There were also a couple of very friendly cats mooching about. 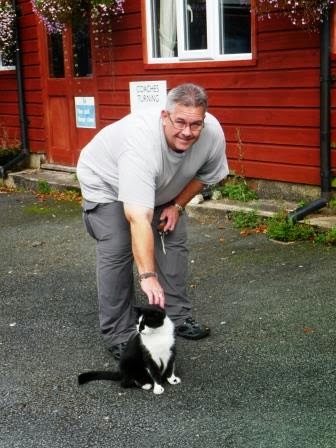 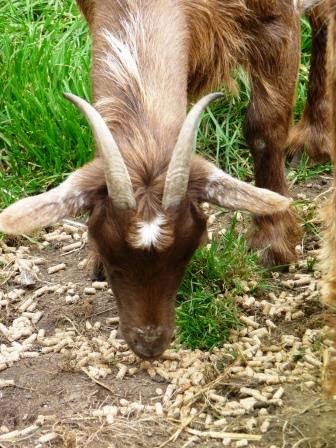 The whole place had a unique style all of its own, one of which we could both safely say we had never come across before. So, overall, food was great. Would we go back? Mmmmm. Difficult to,say.  If we were in the area and wanted cake, it's probably had the best selection of anywhere else we've been, so I could see that it would be a possibility.

We then went on to have a look at the old clapper bridge, which was fascinating, though a good proportion of it is now missing. We both took turns at clambering over the rocks to stand on the bridge to take some photos, which was pretty unusually adventurous for us.

We then had a wander down the footpath on the other side of the river where we went across some stepping stones, more adventure, it's almost like being on Outward Bound - LOL. 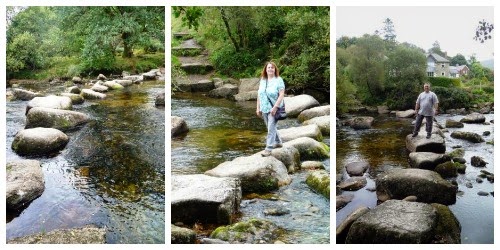 Obviously our final goal was to pick up a cache, well we hadn't done one yet today and were trying to beat our previous record of the number of consecutive days that we've found caches on. It's only currently at 7, but we thought we might be able to get to 8 this week.

It was then back across the river to head back to Moorbrook cottage to spend the afternoon chilling out.  A really nice easy and relaxing day.

Carol's cottage pie was on the menu for tea, so it looked like it would be my turn to cook.
Posted by Carol at 13:19

Email ThisBlogThis!Share to TwitterShare to FacebookShare to Pinterest
Labels: Beautiful Britain, Dartmeet, Dartmoor, Devon, Life of Pottering, Out and About