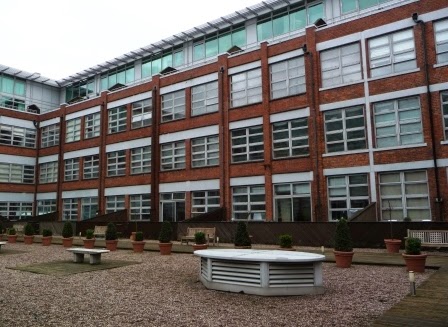 My eldest Goddaughter, Rachel, has recently moved into a new apartment in The Jewellery Quarter in Birmingham, with her boyfriend Tom.

There are two things that have been on the cards for a while.  One was to visit Rachel & Tom and to see where they live.  The other was to complete a series of Geocaches around The Jewellery Quarter, called Ghostly Brum.  Spookily enough, this series has been set by another Geocacher, known as The Strangler!

As it was just after Halloween the timing seemed really apt.  The plan was to pick up our friends, Jackie & Phil (Rachel's mum and dad), also known in the Geocaching world as the Sandybacks, to head over to Brum, visit Rachel & Tom, do a spot of caching and have a nice lunch somewhere, before heading back home.

Rachel & Tom's apartment is pretty darn cool.  They are on the ground floor of an old converted factory, with a huge outside terrace which leads onto an open area within the centre of the apartment block.  In the apartment and on the terrace, you just wouldn't have a clue that you were smack bang in the middle of a really busy part of the city.

We soon headed out on our wander around The Jewellery Quarter, an area of Brum that we haven't visited since we bought our wedding rings about 5 years ago and, other than for visiting Rachel & Tom, Jackie & Phil were in the same position, only they bought their's 25 years ago!

Before we started on the Ghostly Brum series we decided to pick up a few other caches that were also in the nearby vicinity and started out at St Paul's Church.  As it is surrounded by trees, which are displaying some amazing colours at the moment, the church looked really lovely in the Autumn sunshine.  You wouldn't have known you were a stone's throw away from the busy city centre. 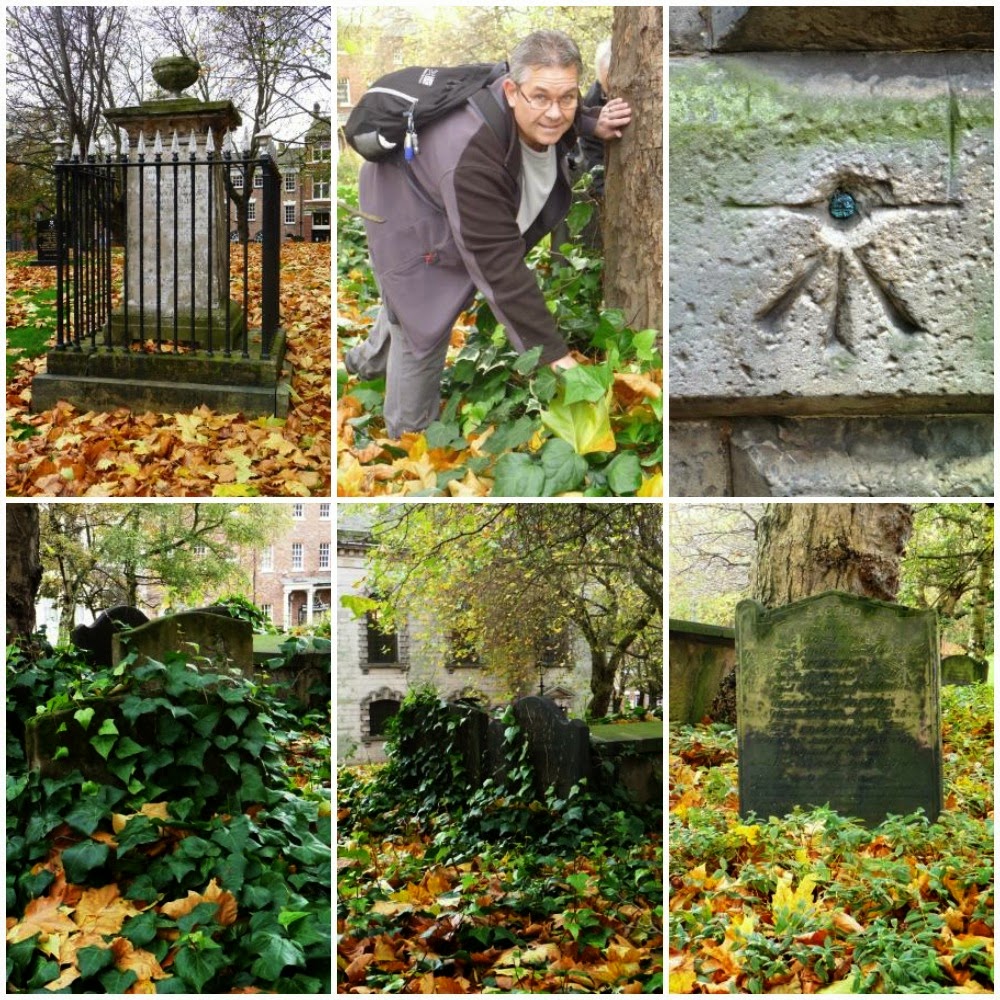 We were then tempted by an Earthcache, also nearby, which involved us all huddling under a railway bridge trying to measure the length of a stalactite, from ground level, and work out how long it would have taken to grow to that length. 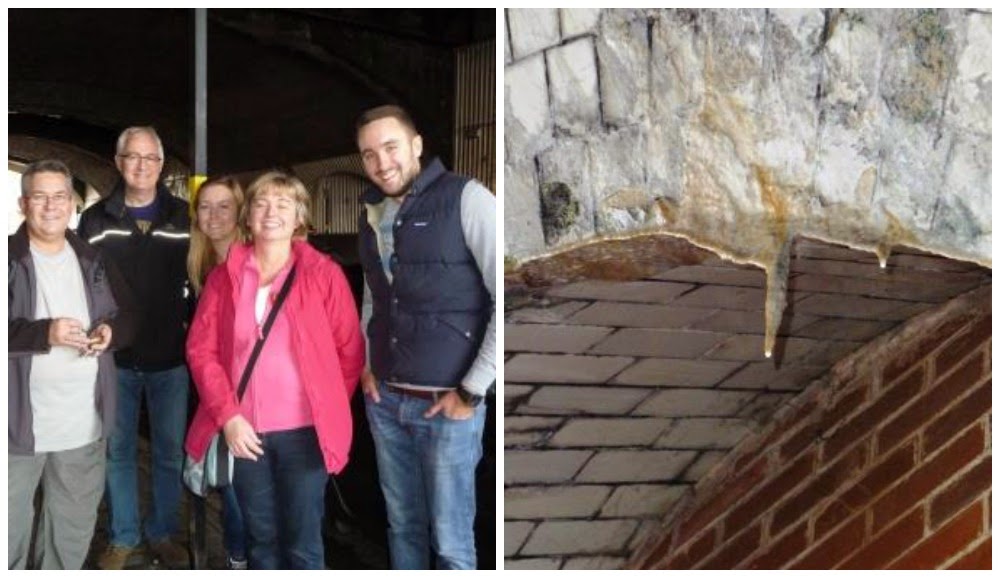 Eventually we were started on our Ghostly Trail which started outside of a coffin makers!  Sadly this cache seemed to have gone missing so we scored our first did not find or 'DNF' of the day. As each cache in the series gave a clue to where the final booty was to be found, we weren't sure as to whether we would be able to finish the series, but decided to continue anyway.

We found all of the other clues, which involved a real wander around the less trodden streets of The Jewellery Quarter and took us through the local cemetery and past the catacombs, before heading to the nearest pub, The Rose Villa Tavern, to see if we could work out the co-ordinates for the final hide. 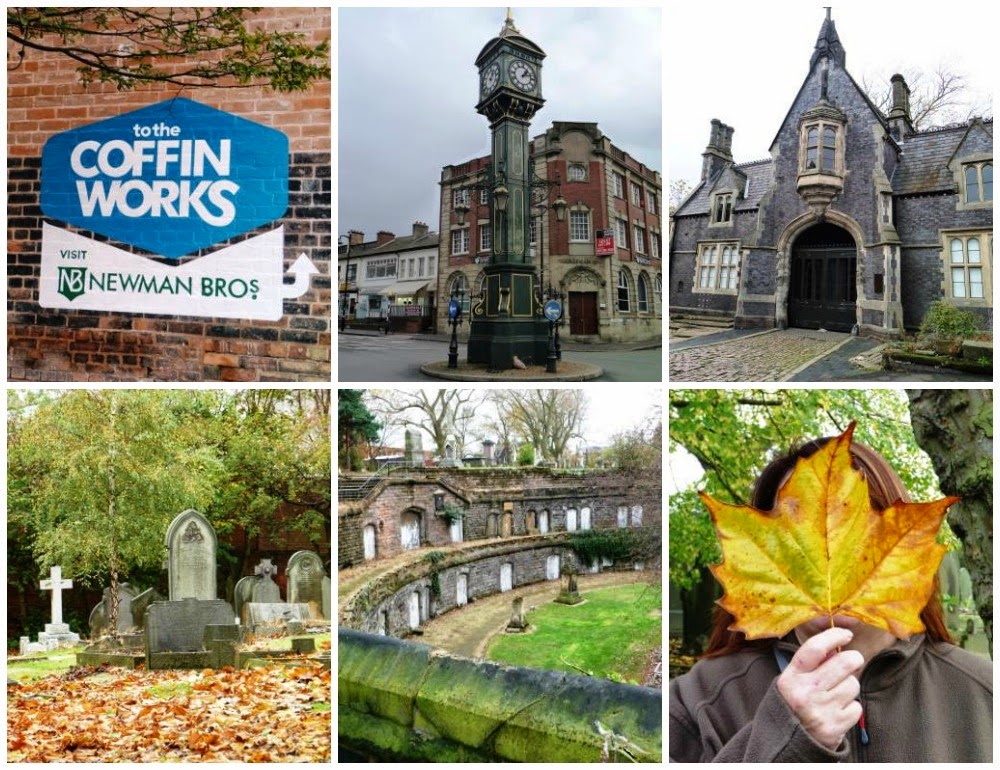 The pub was a real treasure.  It was full of original features, including stained glass windows and mosaic floor and wall tiles.  It was really lovely, no frills, very traditional, but not what we were expecting at all.

Lunch really hit the spot and we managed to e-mail The Strangler to see if he could help with our missing clue.  He did come back to us, but by the time we'd finished eating, it was pouring with rain and we were all a bit tired and ready for a chill out, so the final find was left for another day. 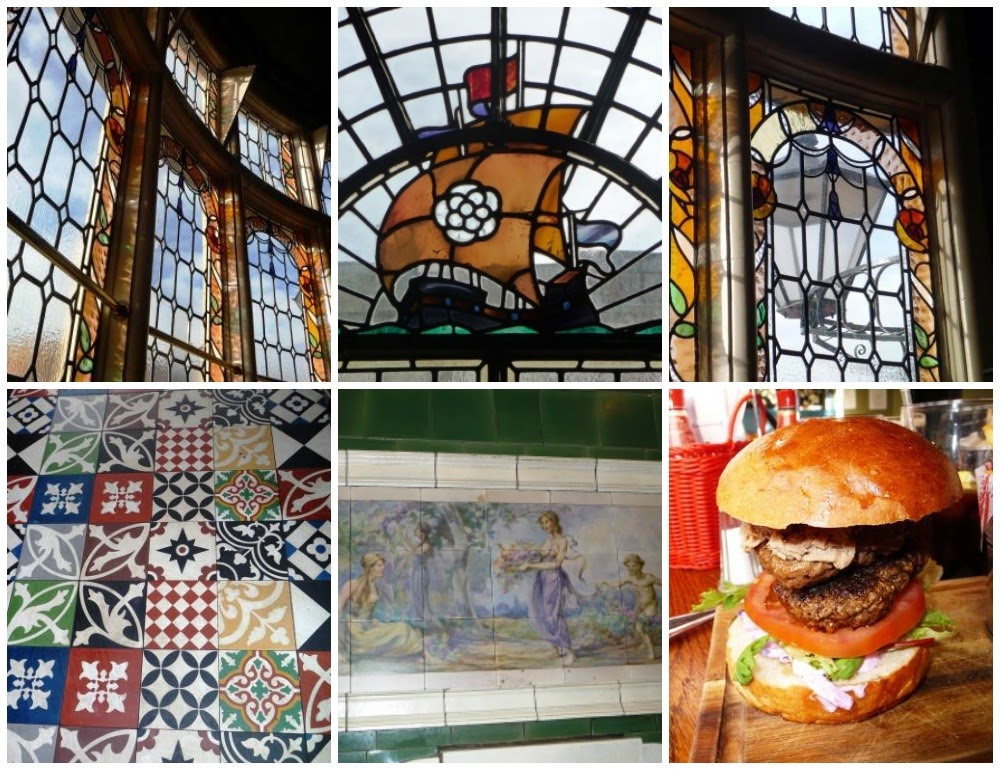 We'd had a really lovely walk around The Jewellery Quarter.  The way that the city has been redeveloped over the years has left a real blend of old and new.  I never cease to be fascinated by it. Wandering around on a Sunday, when it is not full of hustle and bustle, really gives you the chance to stand back and appreciate what is all around you.  I would say, if you get the chance, get out there, wander round your cities and really look at them.  They will surprise and delight you. 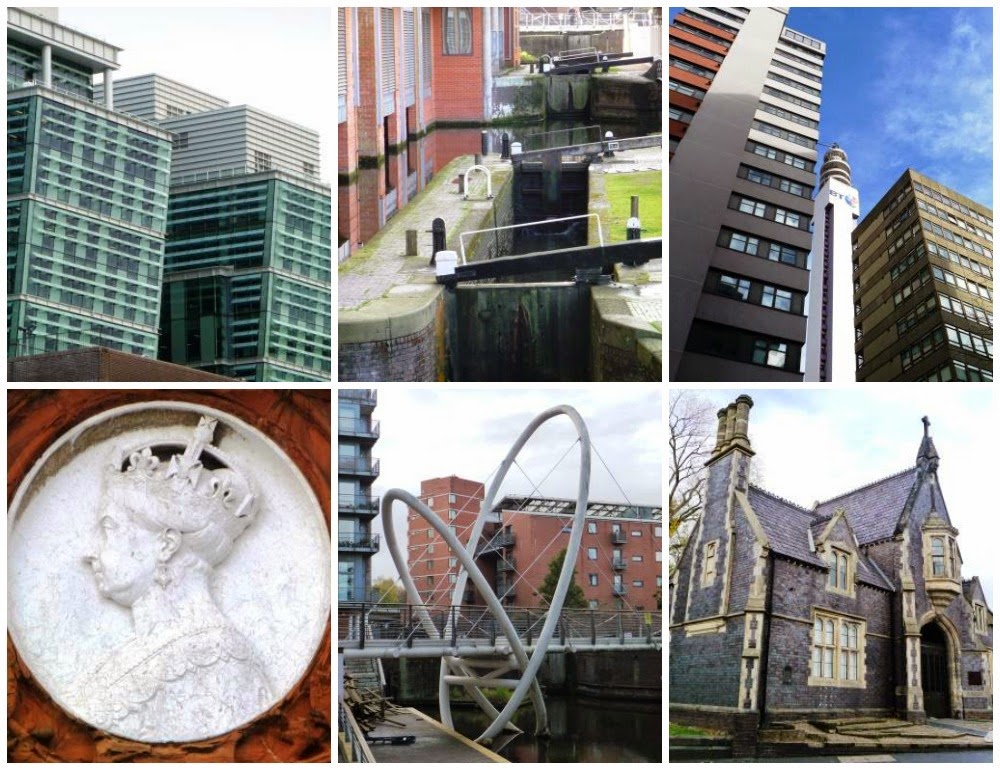 Email ThisBlogThis!Share to TwitterShare to FacebookShare to Pinterest
Labels: Beautiful Britain, Birmingham, Geocaching, Life of Pottering, Out and About