This is a post that I've been waiting for ages to share with you, but something else always seems to feel a bit more interesting.

Whilst on holiday in The Peak District, back in March, I stumbled across another blog that I really like, and have continued to follow since.  Attic 24 is always really colourful and inspiring.  In the main, it is all about crocheting, with a bit of Lucy's love of her caravan and the English countryside thrown in.  Lucy has made some really impressive stuff and is clearly very talented. 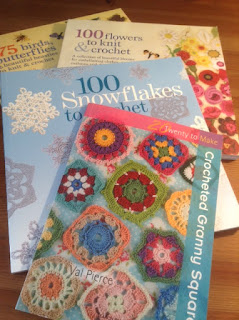 Reading the blog inspired me to want to do more with my own crochet and, while we were away, I ended up ordering some books to help. They were there waiting for me when I got home, but I have to be honest, other than a quick flick through, I haven't really spent much time looking at them, I seem to have gone my own way with my crochet, which is really coming along nicely and I have a couple of finished projects which I hope to share with you all soon.

One of the blog posts, though, was totally non-crochet related. It was about getting organised around the home, something very close to my own heart.

Since leaving work I no longer have an excuse for not getting things done and I've been trying to get into a routine for both generally keeping tidy and clean, but also those once every three or six months jobs, like turning the mattress or washing the duvet.

Even with all the lists I have made myself .... I do love a good list ..... It is hard to remember everything and I have been falling behind, in favour of more interesting crafty activities. Lucy's blog post referred to two other websites ... Fly lady and Bullet Journal .... which I had a really good look at.

Whilst Flylady seems to be aimed at the someone who has seriously got behind the type of person, you know ... the kind you see on fly on the wall TV shows, there were some good theories that I fancied giving a go. 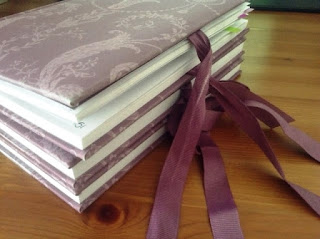 The bullet journal, on the other hand, I just loved everything about. I know, in this digital age, it may seem a bit archaic going back to notebook and coloured pens (but hey, I'm a girl with a great love for stationery). Martin had bought me some lovely Laura Ashley notebooks for Christmas which would fit the bill nicely, I had been wondering what to do with them.

I spent Easter Saturday having a really good read of both sites and set up my first 'bullet journal' which I love already. Martin thinks it a bit freaky, but I am a real list girl. Now, all of my lists and activity are captured in one place, rather than in different notebooks, on the iPad and post it notes.

The first page is an index page and then I started, as advised by Lucy with an annual planner, so I can see certain events across the year at a glance. You can find examples of printable annual planners here. For my monthly calendar I just knocked up a word document and coloured the entries that were pre-planned before printing this and sticking it in. 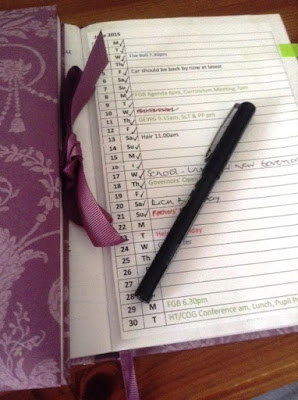 The next page is a monthly task page, followed by daily task lists throughout the month. I've then included all sorts of other lists including general garden and house maintenance activity, pages where I can capture blogging ideas and craft projects I want to have a go at. 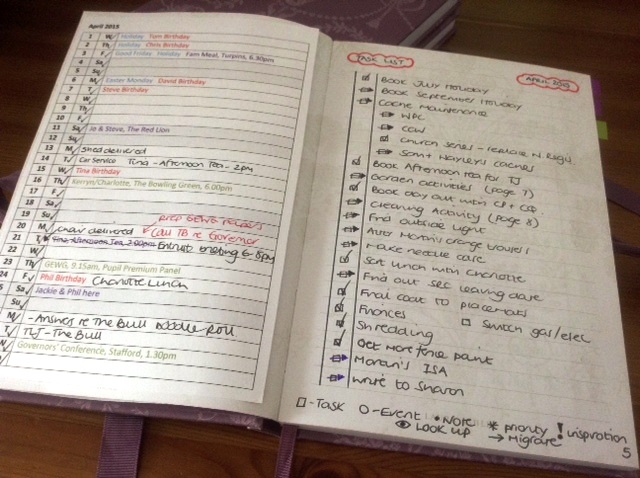 I've also set up some pages to capture lists of things that friends and family like, as I hear about them. I am hoping this will come in really useful at birthday and Christmas time. I've also done some pages for stuff I like ..... Which I will make sure Martin is aware of.

I've then left space for my Flylady routines and will see how that goes. It took a while to set up but as time is going on it isn't taking that long to keep going and I am really getting on well with it.

I've also found a few of Flylady's sayings really useful ........
It might not be for everyone and it does take a little while to get to grips with the Flylady's routines, there is a lot of information to take in, including flight plans, reminders, zone missions and detailed cleaning lists, but it's working for me and, hey, who knows, maybe some of it might work for you too.

If your home is in CHAOS (can't have anyone over syndrome), then it might just be worth a look.
Posted by Carol at 15:44