In the Garden - May

May - In flower .....
We were away on holiday for the first week in May, but we couldn't believe the change in the garden when we got back home.  This time of year, a week makes a massive difference in our garden, with lots of new things starting to look really good. 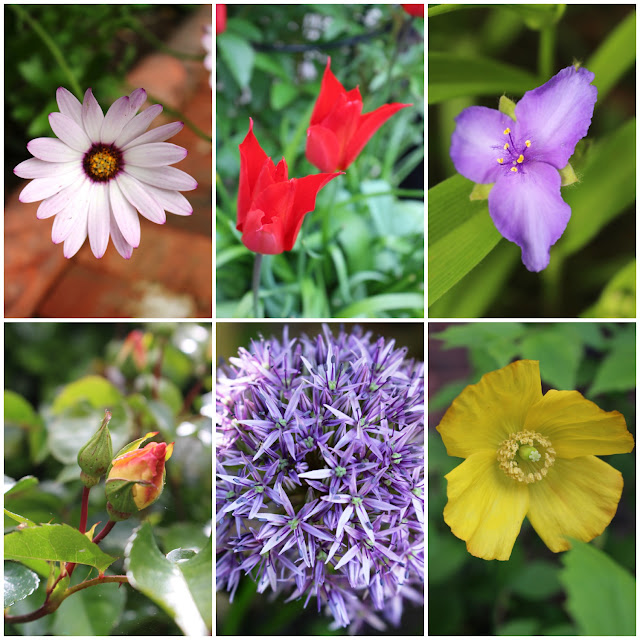 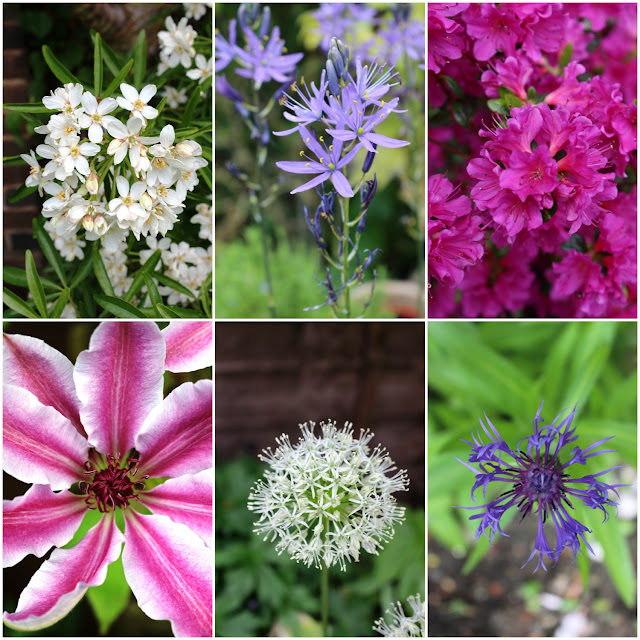 The salad bed has also come on leaps and bounds.  It will certainly be a while before we need to buy any salad leaves.  The herbs are also coming on really well. 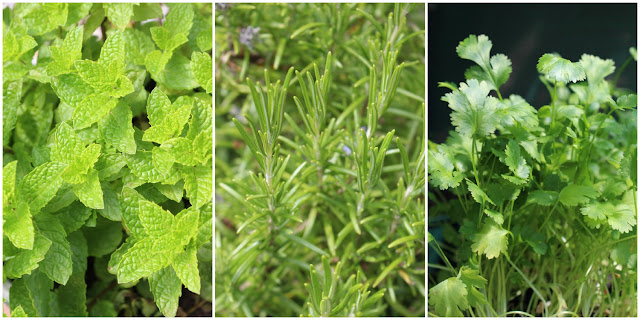 May - What we've been up to .....
Even though we lost the first week of the month through being in Scotland we seem to have managed to get quite a bit done out the back.

The main (pretty much the only really!) focus for Martin was the beer shack.  He's built a base for it, given it two coats of paint, built it, shelved it out and filled it!!  This took up quite a few weekends as you can imagine.

It does, however, look fabulous, loads better than that area did before, and it gets lots of 'stuff' shifted from other places, which is a massive bonus.  I love the beer shack, but not as much as Martin does!

I didn't take a before shot, so I've raided the archives to see what I could find.  The picture on the left was taken in pretty much the same spot in February last year (the compost bin on the right is still in exactly the same spot).  You can kind of get an idea of how much better it looks. 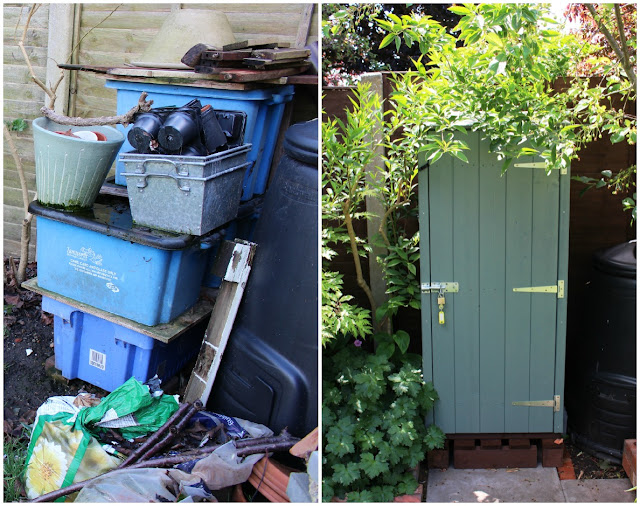 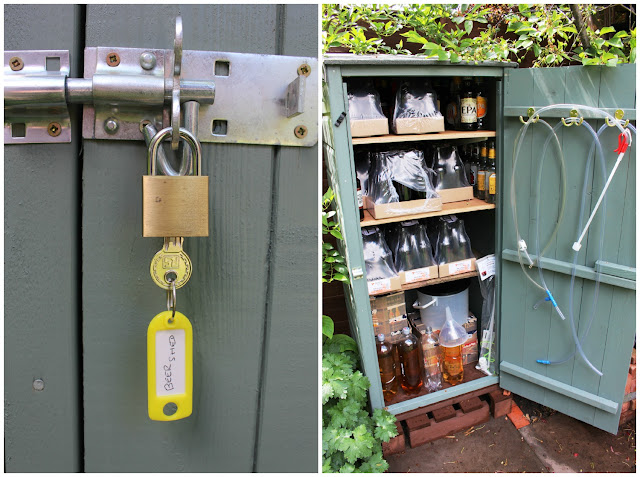 I've also done lots of planting and potting.  The hanging baskets are up, though as I write this post, they are being buffeted by the wind!  I've also potted the tomatoes on and some have made their way into the tomato greenhouses, which Martin did build for me ..... only once the beer shack was finished though.  I've also planted out the French climbing beans. 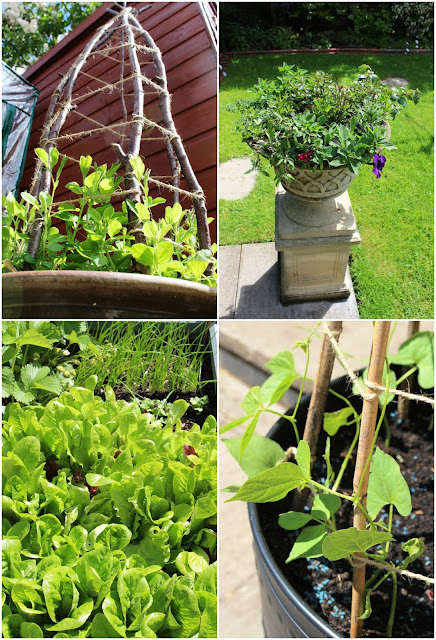 May - Coming next .....
The pots on the patio are definitely ready for their Summer refresh, with the Spring colour now having been and gone.

So far, I've potted up two pots of sweet peas and started to tidy up the wallflowers and Spring flowering bulbs in readiness for the next wave.  The lily pots look like they are going to give us a real good show very soon.

I've bought some more daisies to pot up as they were so successful last year, giving us colour right through until early Winter.  I also need to get my home grown Zinnias planted out, though I'm not sure how well they will do.

The Morello cherry and the strawberries are absolutely laden with fruit, so a jam making session is definitely on the cards some time soon. 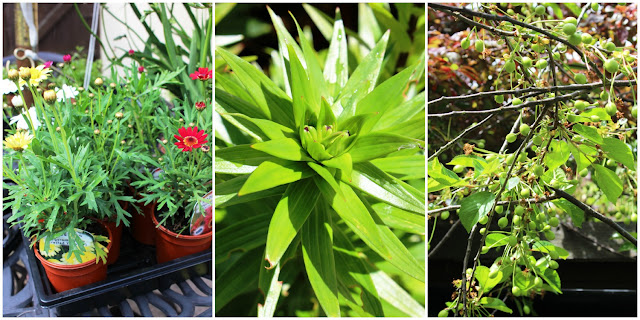 May - And finally .....
Do you remember Poor William.  The most loving cat in the world with one blue and one green eye? 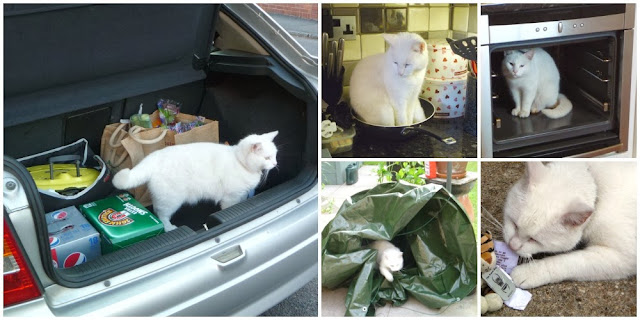 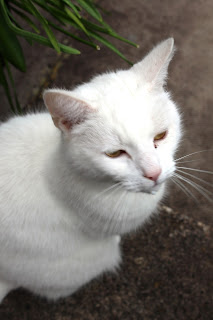 Harry has taken to popping round for a visit from time to time, and even spent an evening sitting on Martin's knee, very much like William used to.  I'm trying not to encourage him as him and Captain don't seem to see eye to eye.

I'm hoping for some good weather in June so we can get out and keep on top of the jobs that need doing, as these seem to be stacking up a bit.  It's definitely time for the clearing away of the Spring show to make ready for the Summer.  Watch this space.
Posted by Carol at 12:45

Email ThisBlogThis!Share to TwitterShare to FacebookShare to Pinterest
Labels: Garden Project, In the Garden, Life of Pottering, Planning the Garden, The Garden at Number 27, The Veg Plot