In the Garden - June

June - In flower .....
After the abundance of colour and flowering of the Spring, June is definitely a bit of a transition period in the Garden at Number 27.

There is lots of green.  The green of the Spring perennials that have now finished until next year and the green of the plants that don't flower until later in the Summer.

Saying that, we have had a lovely show of Peonies, Freesias, Roses, Foxgloves and Geraniums. 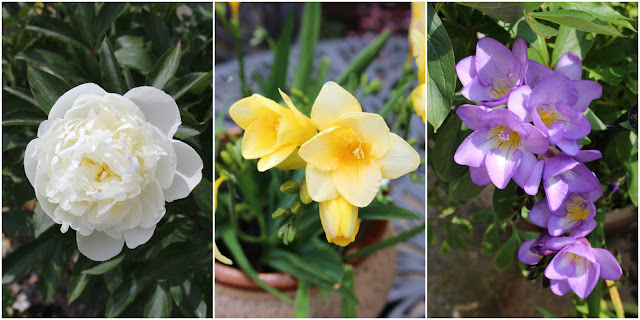 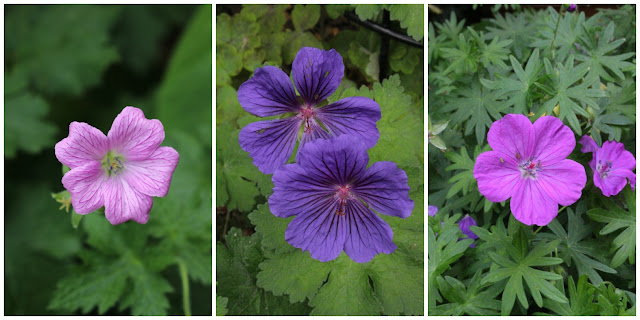 The Hemerocallis is just starting to put it an appearance and the hanging baskets and pots of Summer bedding are starting to look really good. It won't be long before we see blooms on the Sweet Peas and the Lilies. 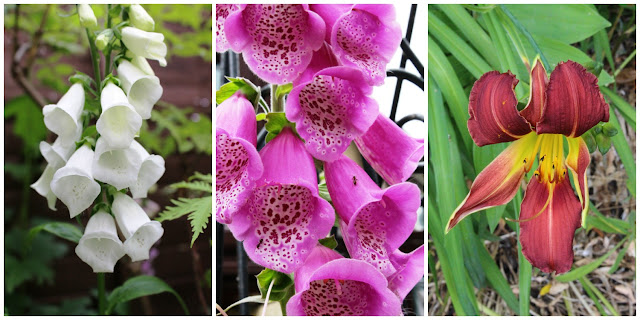 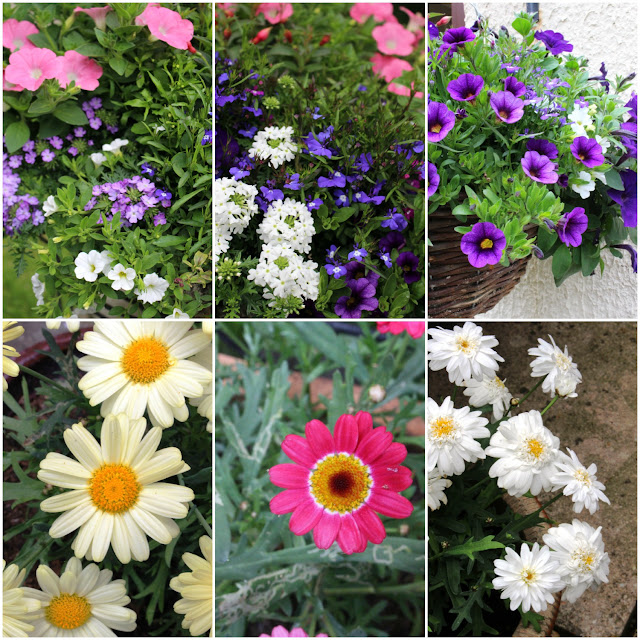 June - What we've been up to .....
Well, I am a bit ashamed to say that we haven't really got up to that much in the garden this month and it's not for want of something to do.  Top priority for July has to be the borders at the bottom of the garden, they look fine from a distance, but not so good close up.  There is lots of cutting down and weeding definitely on the cards. 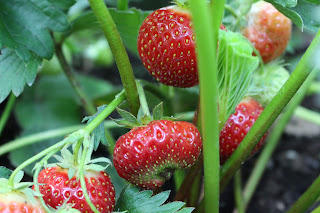 As well as the loudest and closest thunderstorm either Martin or I have ever experienced, we have been blessed with some really Summery days in June and we have been inundated with strawberries, resulting in lots of strawberries and ice cream and a good batch of quick and easy strawberry jam,

We have even managed a few impromptu BBQs.

I know, what is going on?

June - And finally .....
I did make a marathon effort one bright sunny day and did a job that had needed doing for ages and ages.  I collected up all of the plastic plant pots that were kicking around the garden and the shed and sat in the sun and washed the lot.

They are now all dried and nicely tucked away in a big plastic box.  I don't know what came over me. 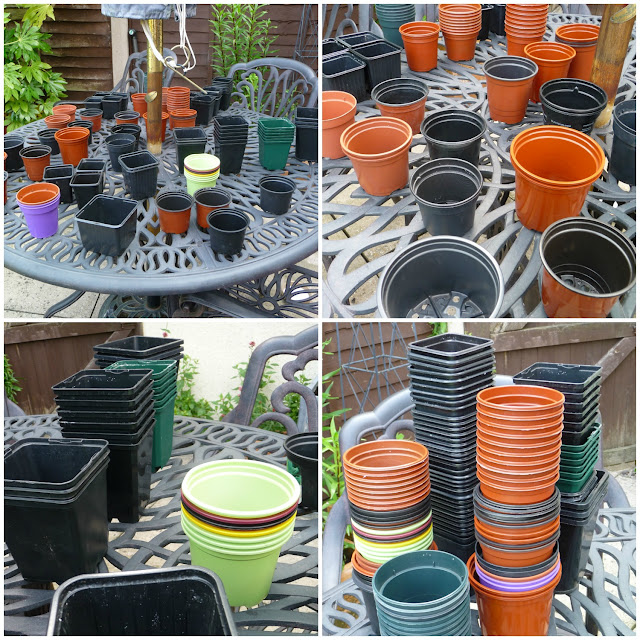 Email ThisBlogThis!Share to TwitterShare to FacebookShare to Pinterest
Labels: Hanging Baskets, In the Garden, Life of Pottering, The Garden at Number 27