This is the last but one post from our October holiday in The New Forest. 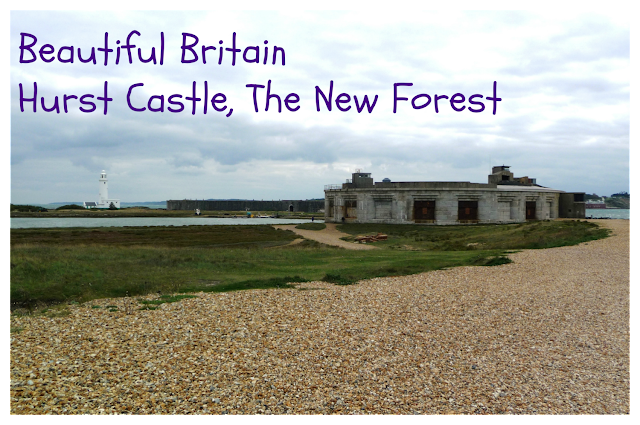 This was our last big day out and the plan was for a mooch round Milford-on-Sea, with maybe a wander along the prom to take some photos of the beach huts.


Safe to say ... things did not quite go to plan. I don't quite know how it happened but we ended up yomping the mile and a half along the spit to the castle. It was seriously heavy going, with shingle all the way and a mega wind blowing an absolute hooley. 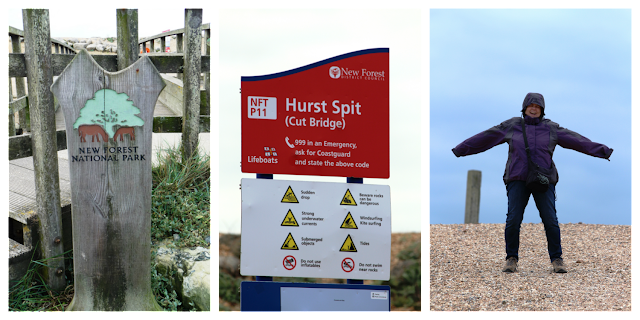 We started out thinking we'd just go a little way, take a few photos and see how we got on. 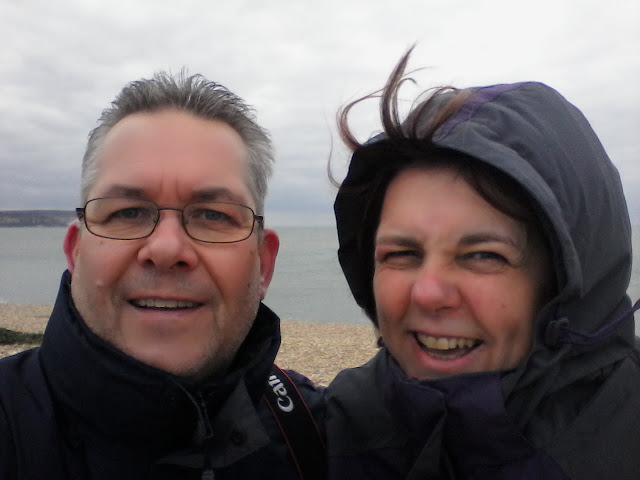 Very strangely for us, we ended up getting a bit over enthusiastic and, before we knew it, even though it was really daunting, we had gone too far to go back. 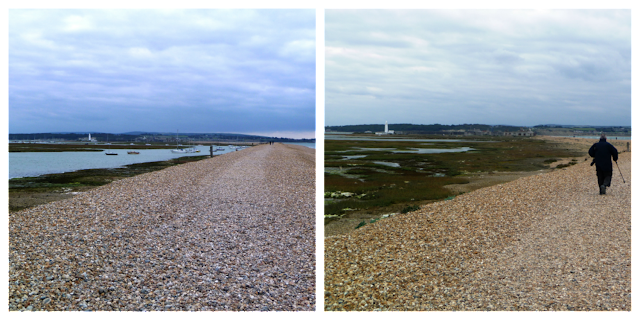 The views across to the Isle of Wight and The Needles from the spit were amazing and we spent a good while lingering, watching the progress of this big ship making its way through The Solent.

Once at the castle there was no way we were going back without a look round and, even though it was English Heritage, which meant we had to pay (being members of the opposition), we paid a visit. 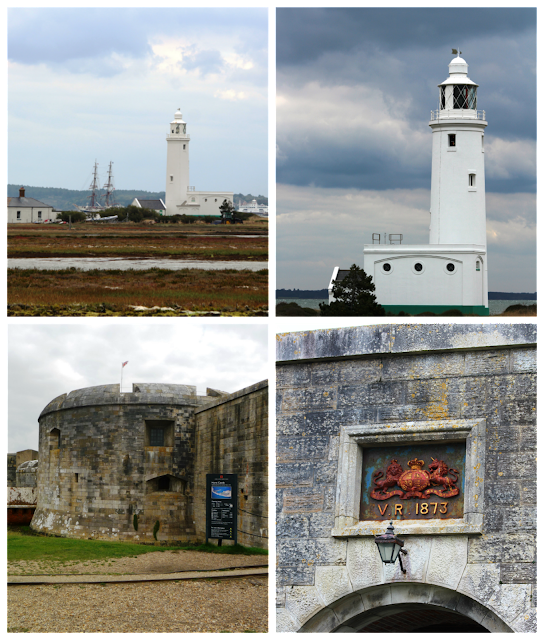 First stop was the tea room, where we got our breath back and warmed up before heading out to explore.

I have to say that this is one of the biggest and most interesting castles we have ever come across.

It is a bit of a mash up having originally been built by Henry VIII as one of a chain of coastal fortresses and was completed in 1544. It was modernised during the Napoleonic wars and again in the 1870s, when the enormous armoured wings were added. Alterations were also made during both WW1 and WW2.

There is also a really interesting exhibition showing the history and workings of Trinity House, which was was of the first things that we had a look at. 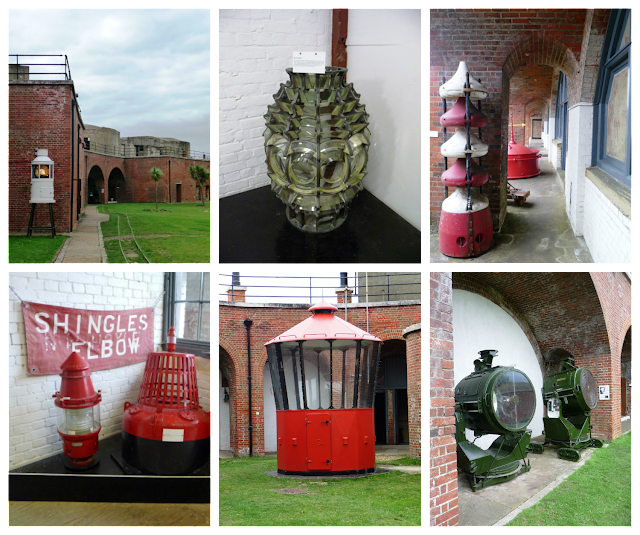 It was then up top where views in all directions are amazing and we could get a real good look at how far we'd walked. 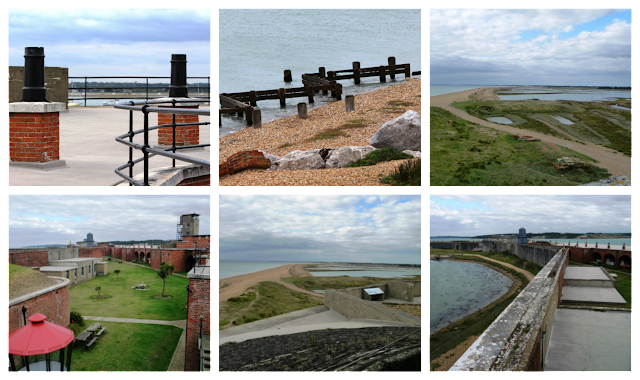 One of our favourite things about the castle was the WW2 Garrison Theatre. Those of you who have been following my blog for a while will know that I am working my way through Martin's grandad's WW1 diaries and telling his story here on Life of Pottering. At the moment we are at a point in his story when he is hospitalised and we have a number of concert playlists that he was involved in whilst in hospital. We couldn't help but wonder if this theatre was anything like the one that his productions would have been held in back in Italy in WW1.

We spent a good couple of hours exploring, before bracing ourselves for the walk back. 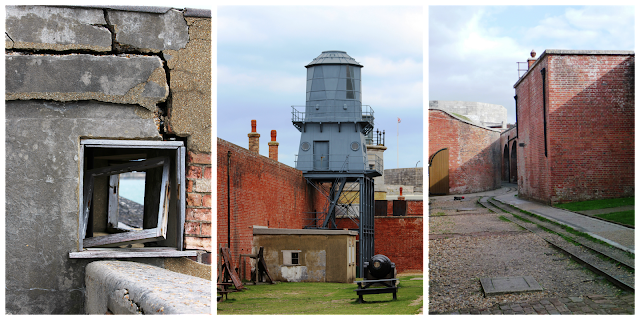 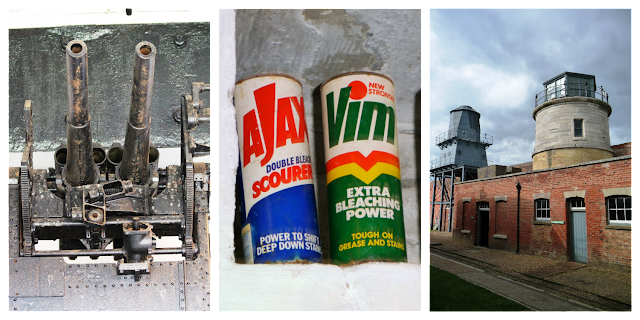 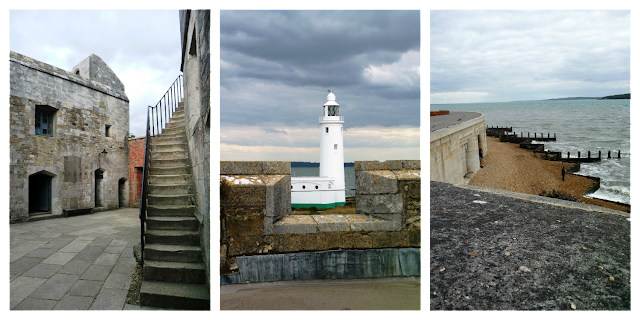 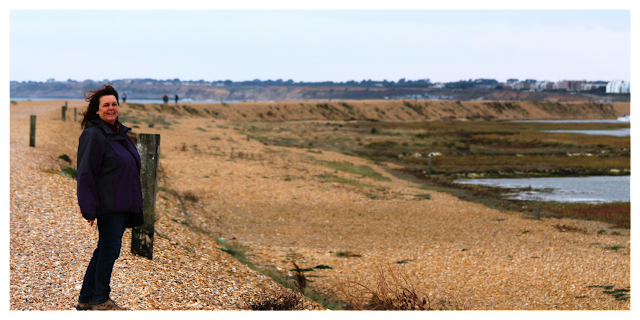 Our walk back took considerably longer than our walk out had. It was seriously heavy going and with creaking joints and aching legs we both struggled.

About two thirds of the way back the sun broke through the clouds and we both stopped to do a double take, it was like a light had been turned on. All of the colours instantly became more vibrant, the blues more blue and greens more green, it was just spectacular and not something that we could really catch on film, but here are our efforts. 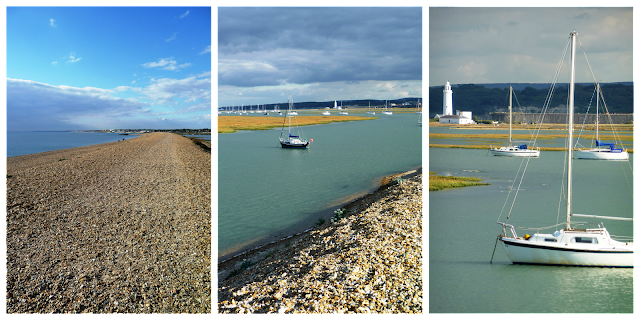 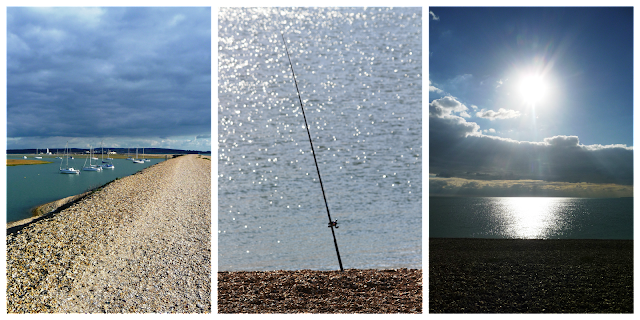 One last effort got us back to the car ... 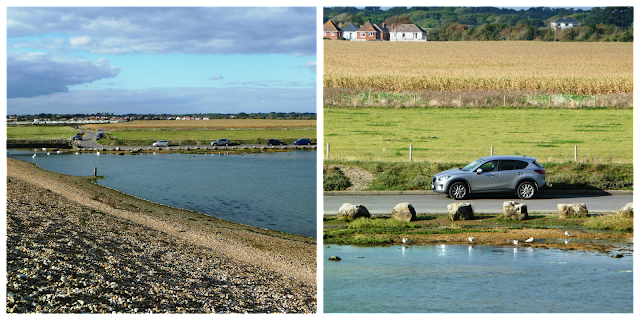 ... but not before having a chuckle at someone who had got stuck driving over and ended up having to be towed by the tractor. 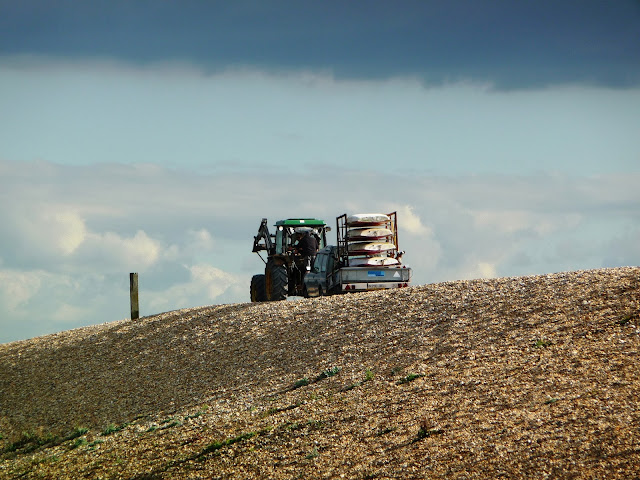 We felt quite accomplished, having made the effort to walk over and back, it's a castle most definitely worthy of a visit, but one hell of an effort to do so if you do it the way we did.

There is an easier option. A ferry runs every 20 minutes from Keyhaven, where there is plenty of parking to leave the car. I think it's safe to say if ever we visited again we would probably take that option.
Posted by Carol at 14:02

Email ThisBlogThis!Share to TwitterShare to FacebookShare to Pinterest
Labels: Beautiful Britain, English Heritage, Hampshire, Life of Pottering, Out and About, Seaside, The Needles, The New Forest