It was Martin's birthday whilst we were on holiday in Anglesey and, as it's been an absolute age since we've done a Geocaching trail and, the weather had taken a turn for the worst, we decided to have an afternoon of drive bys. This normally involves me navigating with the GPS and Martin jumping in and out of the car, hunting for caches in the rain.

I'd got a route of 20 planned, but we had a late start and only managed 8 in the end.

One of the things we love about Geocaching is how it takes you off the beaten track and takes you to places and shows you things that you wouldn't even normally know are there.

We started off with 'An Aspiring Cache', which was a cache by a pretty little church, not that far from where we were staying.

Our hearts sank as we arrived at GZ, as we saw a white van parked exactly opposite where we needed to be, with a ladder leant up against a nearby telegraph pole. It looked like we were going to be thwarted at our first stop.

We had a walk up the road, trying to look inconspicuous 😀but as we were under the watchful eye of the workman, who was taking a break in his van, even though we spotted what we were looking for, we felt too obvious to pick it up and returned to the car.

We sat for a minute and got lucky. The workman came out of the van and headed for his ladder, giving Martin just the chance he needed to nip in for a swift pick up for our first find of the day. 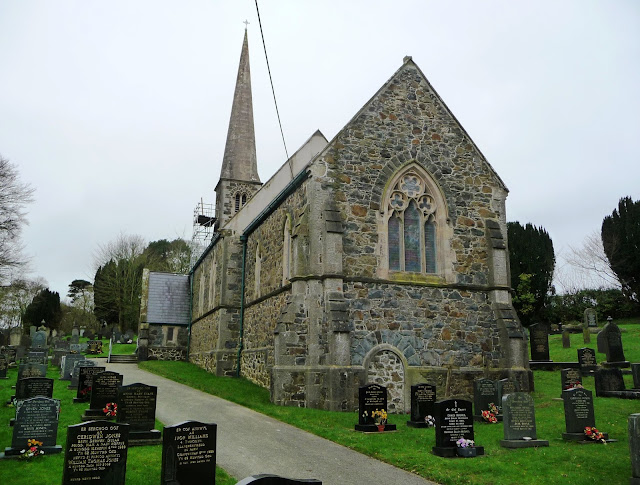 From there we crawled along, following plenty of game birds, just the kind of road that we like to explore ... narrow, with grass growing along the middle of it.

We were heading for a cache called 'A View to Thrill'. Even on a wet, grey and miserable day like today the view was pretty decent, though we could easily see how spectacular it would be on a bright clear day.

It was then on to 'St Eilians Seat', another pretty little church high above the coast, with the best views to be had, both of the church and the coast, from the back of the churchyard. 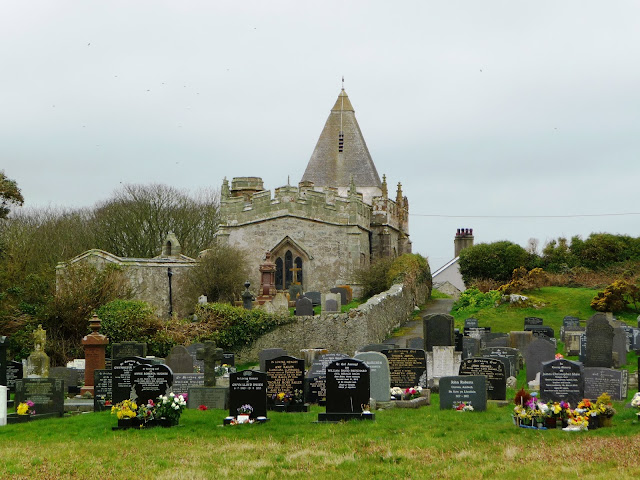 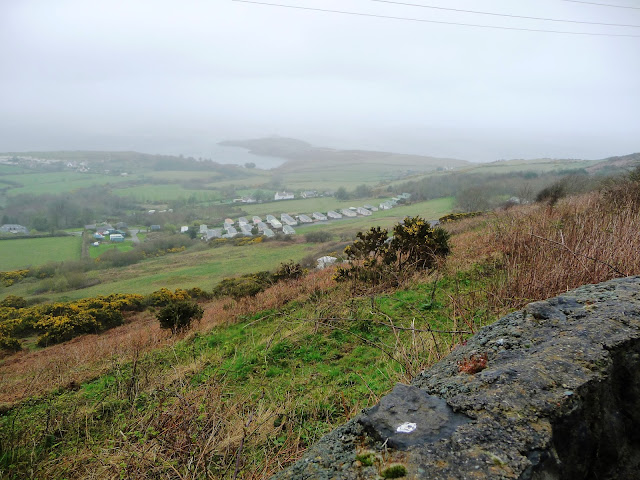 We carried on along the coast, heading for Amlwych Port, where there were a couple of Earth caches on the cards.

An Earth cache is a special geological location that people can visit to learn about a unique feature of the Earth. Earth cache descriptions include a set of interesting information about the location and typically, to claim the Earth cache as a find, you have to provide answers to questions by looking around the location.


Because of the significance of the local area as a result of copper being discovered in large quantities on the nearby Parys Mountain in 1768, Amlwch is a great place to locate an Earth cache. When in full swing the mine employed 1500 men and women, and Amlwch grew enormously. The mountain supplied copper throughout the World and, as a result, Amlwch became very famous. 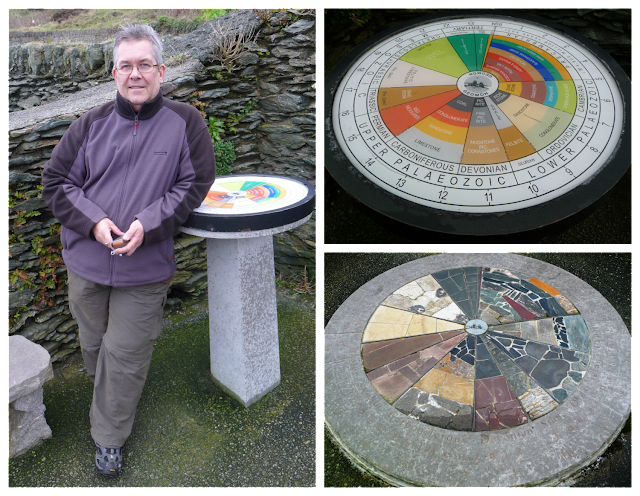 As well as looking for the information that we needed for the 'Anglesey Rock Clock' cache, which involved us finding different types of rock on the clock and answering a number of questions, we had a really good wander around the old harbour, which is well worth a look. 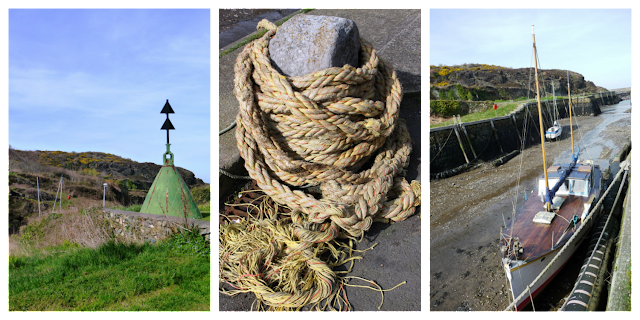 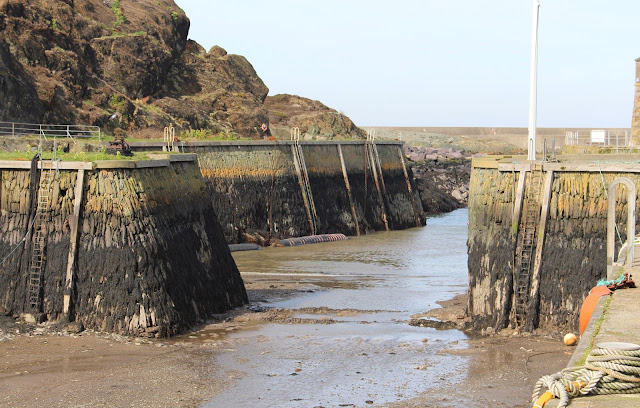 Then it was hunting for more information about to complete another Earth cache ... 'Geomon Home - Port Amlwych' 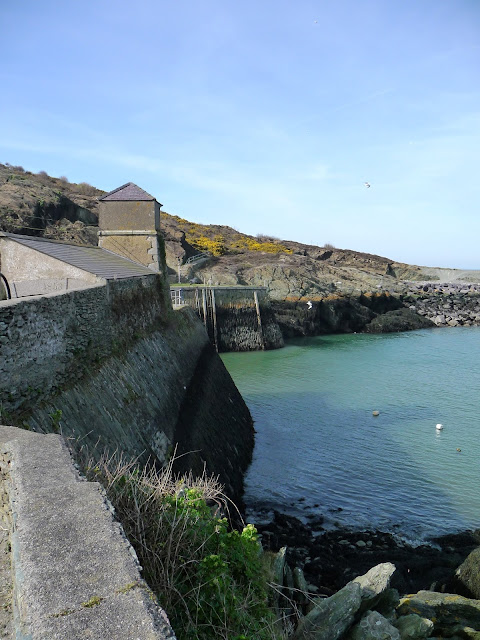 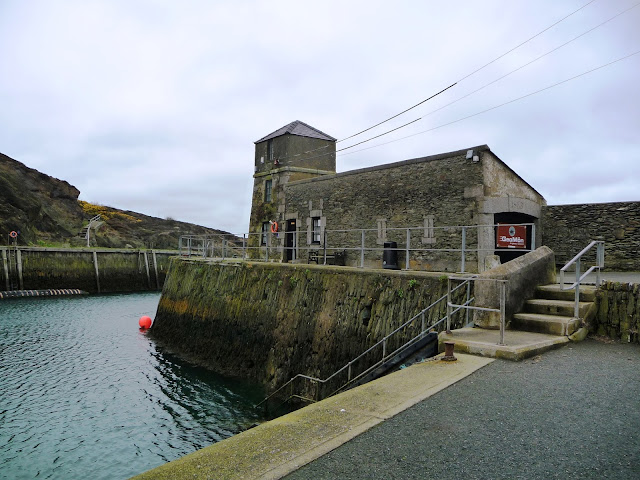 From there we made our way a bit further along the coast for 'Now you sea me', another lovely viewpoint on a clear day, but a bit dull and grey today. 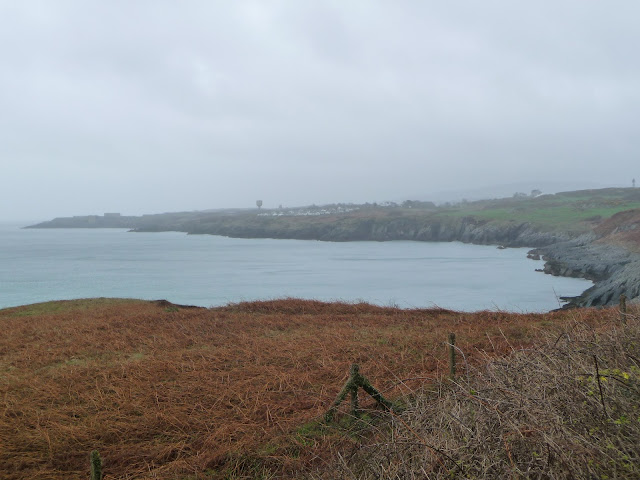 We finished up at 'Cemaes Bay Geology Garden', which had us a bit stumped as we needed to have done a bit of homework first. It was still fascinating though. A short geology trail has been set up and different types of rocks are on display for you to learn their types and formation through information boards at the site and along the coast. 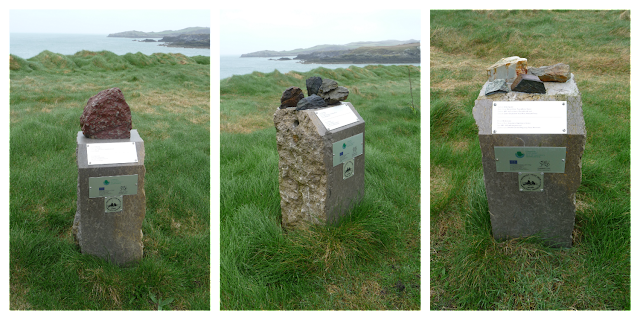 Whilst this was pretty fascinating, it was absolutely chucking it down and we just didn't have the inclination to put the effort in for this one I'm afraid 😩

Cold, wet and hungry we decided we would call it a day on the caching front and headed for the South Stack Lighthouse, where, after braving the wind and the rain for a couple of very misty photos, we made good use of the facilities, fueling on paninis and cake, before headed for home. 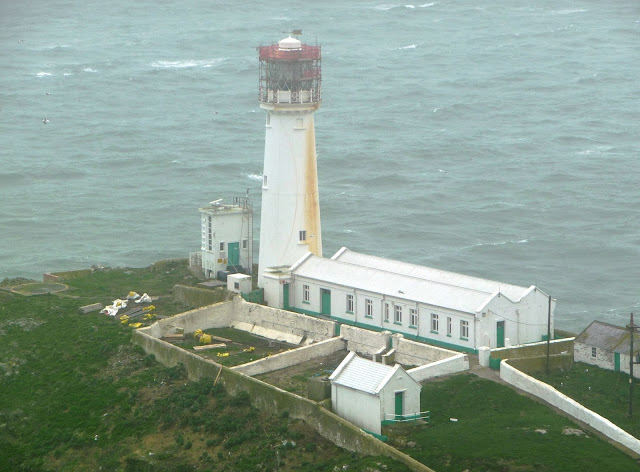 Email ThisBlogThis!Share to TwitterShare to FacebookShare to Pinterest
Labels: Anglesey, Beautiful Britain, Cottage Holidays, Geocaching, Life of Pottering, North Wales, Out and About