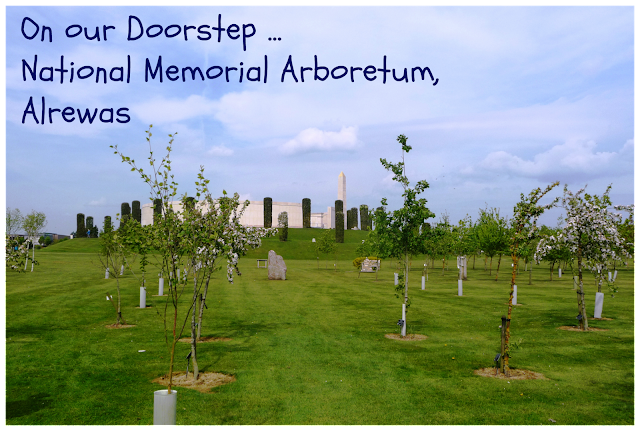 We are lucky enough to live fairly close to the National Memorial Arboretum, but have only ever visited once, probably about 10 years ago. It's somewhere we have been saying for ages we'd like to revisit but have never quite got round to it.

Sunday was the day that we finally made the effort to put that right. There was a Spring Craft and Vintage fair on, which sounded like an added benefit so off we went.

Entry to the Arboretum is free, though there is a daily £3 parking charge. It was pretty busy on Sunday and the main car park was full, but there is plenty of additional parking, just a short walk further up the road.

The first memorial we came across was the 1940 Dunkirk Veteren's Association Memorial. This is just through the main gate on the right. 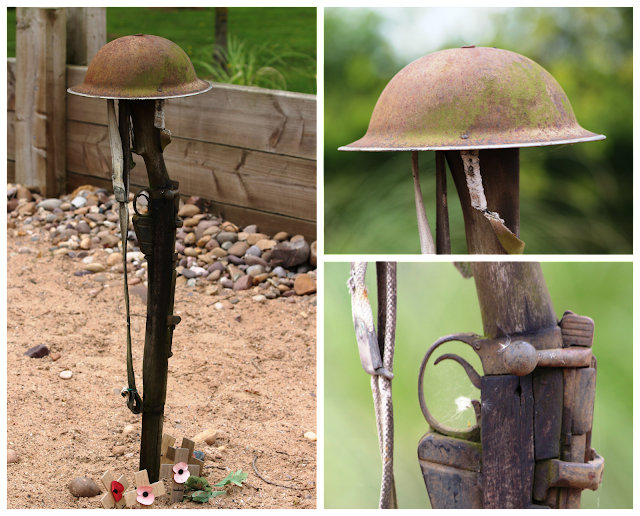 The main entrance hall had changed quite a bit since we last visited and you now enter the Arboretum via the new Remembrance Centre, which is a pretty huge affair, housing a number of temporary exhibitions and a substantial restaurant area, which we were planning on trying out once we'd had a good wander around.

We started off with a visit to the Vintage Fair, which didn't take us long and, whilst there were a few stalls selling some really nice bits and pieces, we didn't find anything to take our fancy. 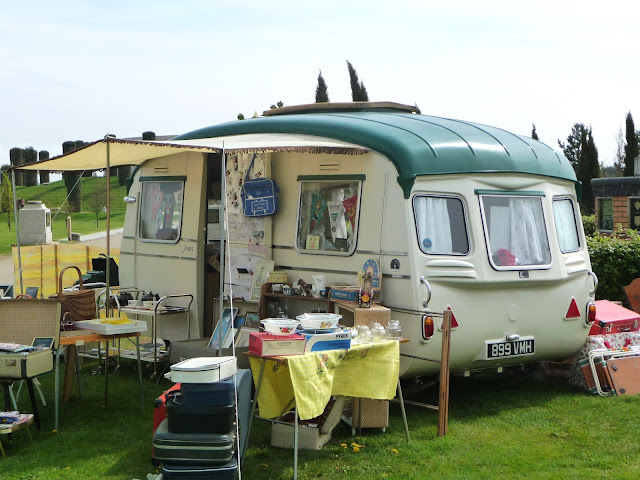 We didn't really plan on fully exploring the rest of the site today but did have a really good walk, starting by going up through The Armed Forces Memorial, which honours those members of the Armed Forces who have been killed on duty, or as a result of terrorist action, and those who died while deployed on designated operations. 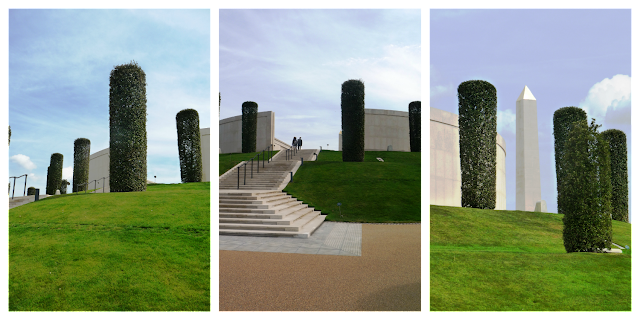 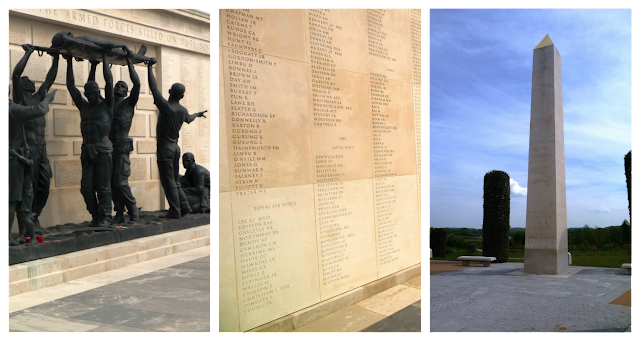 We were heading for the the Shot at Dawn memorial, which is situated on the Easterly edge of the site. We meandered along paths and through woodland ... 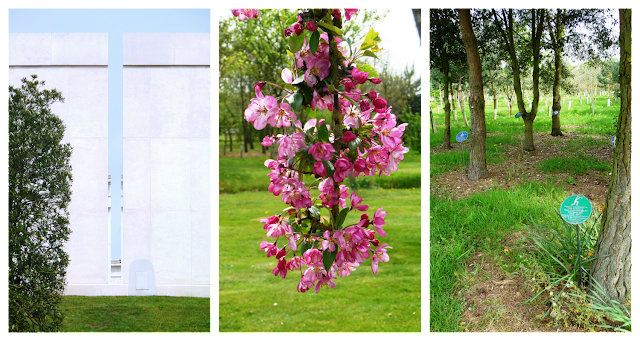 ... passing numerous memorials along the way ... 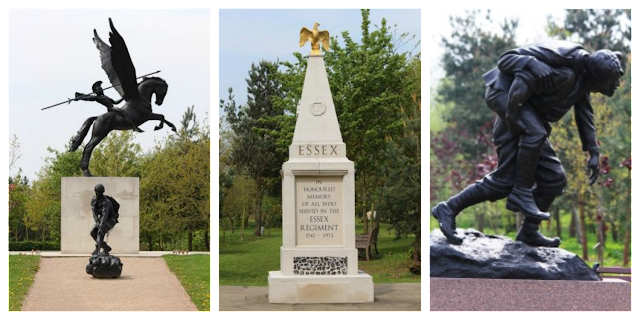 The 'Shot at Dawn' memorial is fronted by a statue by Andy Decomyn. The statue is modelled on Private Herbert Burden, of the 1st Battalion Northumberland Fusliers, who was shot at Ypres in 1915, aged 17. 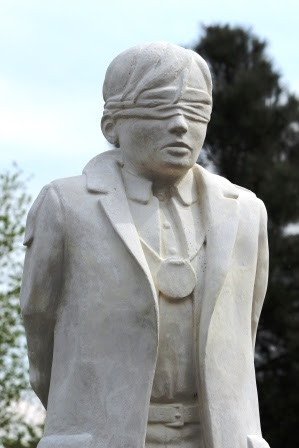 Being at the most Easterly point of the site, the statue is the first thing to be touched by the sun at the break of dawn each morning.

Standing behind the statue is a post marked with name of each of the 306 British and Commonwealth soldiers who were short for desertion or cowardice during WW1. 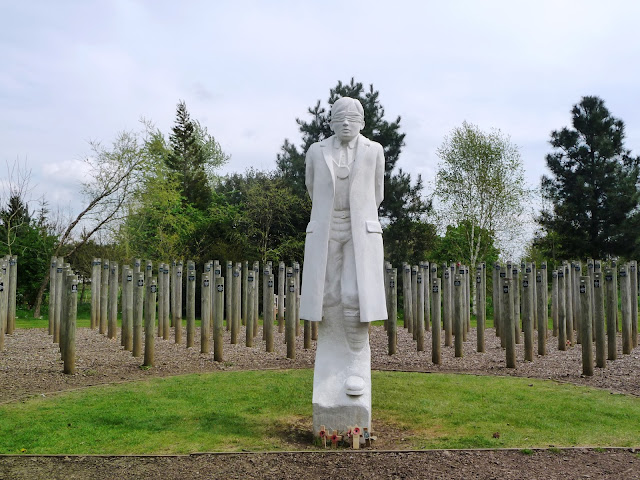 In 2006 posthumous royal pardons were granted for all 306 'deserters' and an arboretum volunteer told us the story of one of the men remembered here who had survived both Gallipoli and the Somme but, having been sent home for recovery following injuries, just couldn't face being posted again.

We had visited this memorial before and found it so peaceful, yet shocking, and we really wanted to have another look and see if we could get some good photos.

It is just humbling to see the number of posts, denoting all of the soldiers that ended up being remembered here, some as young as 17 years old. 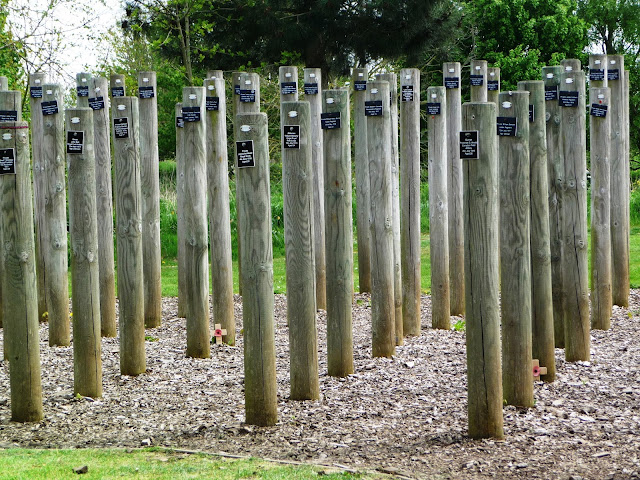 It is a really good place for contemplation and reflection and, having seen lots of images and information over the years about the horrors of war, it's easy to understand why some of these soldiers just really could not face any more. 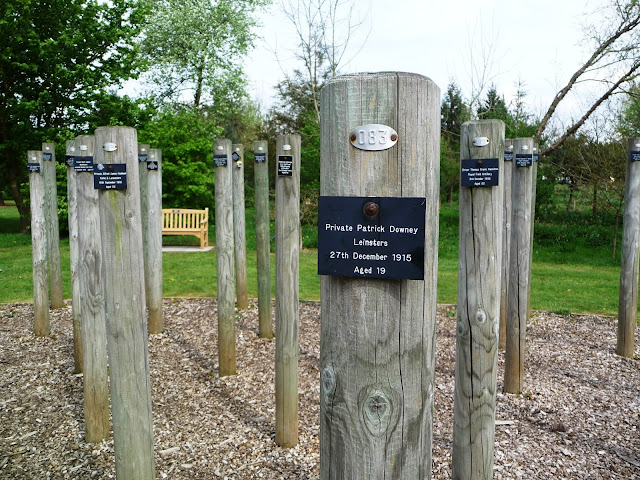 We resumed our wander, passing more memorials at every turn, they are just everywhere, representing all sorts of organisations and all giving pause for thought.

There is such an array of different types of sculpture, and the Arboretum is laid out in such a way that there is something of interest to look at in every direction. 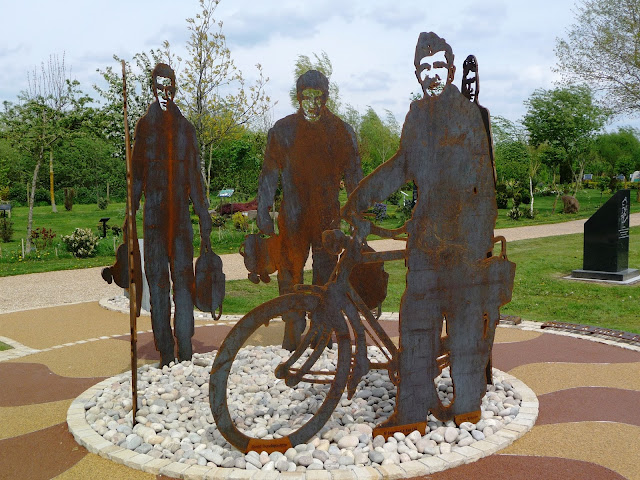 After having a wander along the memorial gardens by the river we decided it was time for a breather so made our way back to the restaurant for a bit of a sit in the sun and very welcome refreshments. 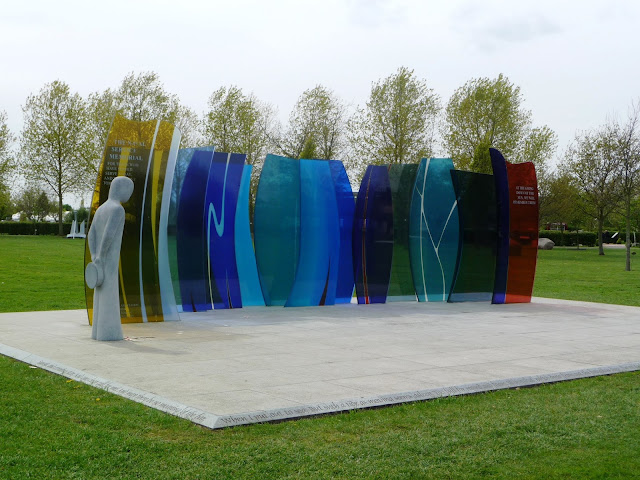 We spent a good three hours on our visit, but we by no means explored everywhere and there was still lots more to see. We could easily have stayed longer.

It's somewhere that is definitely worth a visit, even if it's a bit of a trip to get there. We are so very lucky to have it so close.
Posted by Carol at 17:37

Email ThisBlogThis!Share to TwitterShare to FacebookShare to Pinterest
Labels: Beautiful Britain, Life of Pottering, National Memorial Arboretum, Out and About, Staffordshire, WW1, WW2