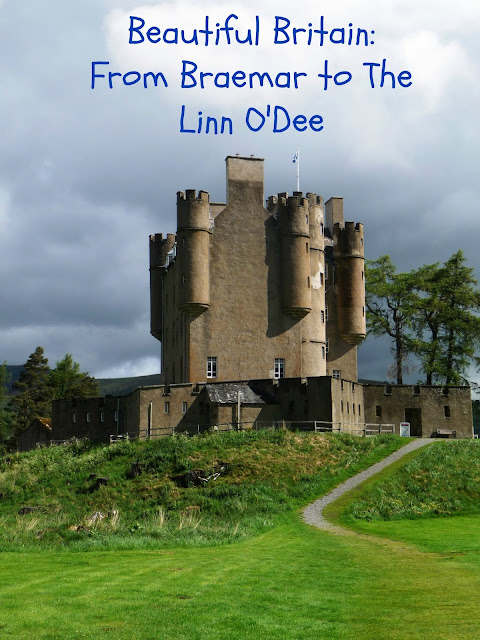 Our second big day out on our recent trip up to Royal Deeside found us retracing our steps from .
Braemar to The Linn O'Dee

We had loved both Braemar and The Linn O'Dee when we last visited during our stay back in 2015 and we really wanted to re-visit and show mum and dad around, as we knew they would love them both too.

We had a quick stop off at Braemar Castle for a few photos, including the first selfie of the day. 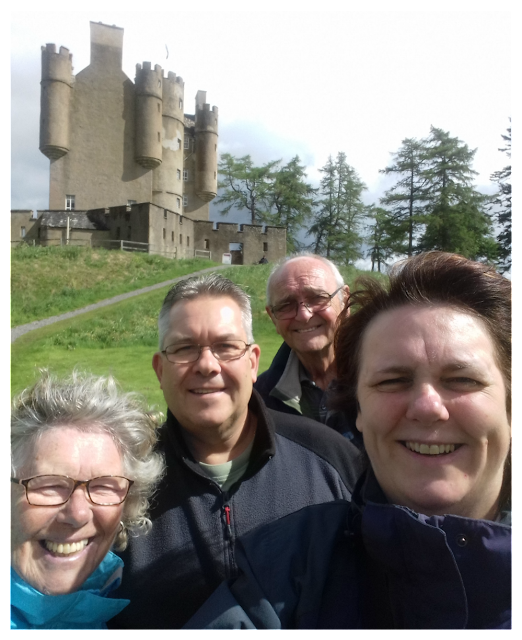 We then drove on through Braemar village and on to The Linn O'Dee. The weather was not so good and we arrived in a heavy drizzle, but that wasn't going to stop us from exploring this beautiful spot. 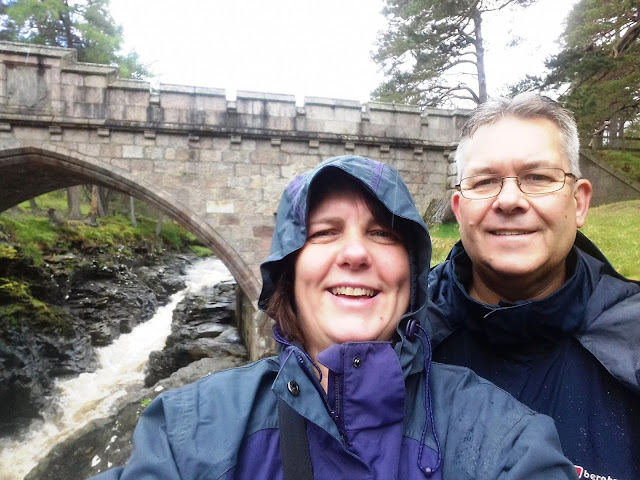 We wandered down to the bridge from the car park to see and hear the raging torrent of The Dee as it channeled its way through the narrow gorge beneath the bridge. It was an awesome sight. 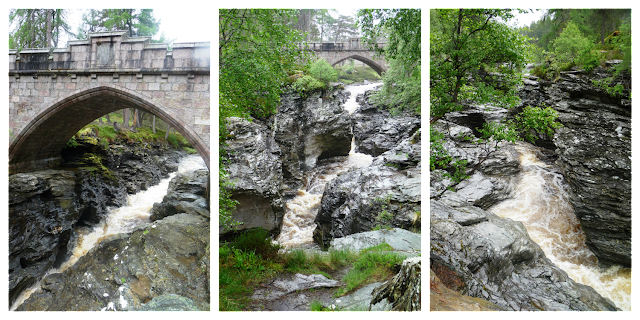 For us, its when you cross the road and see The Dee, before it hits the gorge, that is the best sight. From seeing the river come through the narrow gorge its difficult to begin to imagine how broad the river actually is, but as you cross the road this really becomes clear.

It was no less of an amazing sight when seeing it for the second time. The river is so calm and wide, it's hard to imagine it's the same beast that is raging through the gorge. We love the calmness and beauty of this side. You can really get up close and personal with the river and we spent plenty of time just standing, watching and taking it all in. 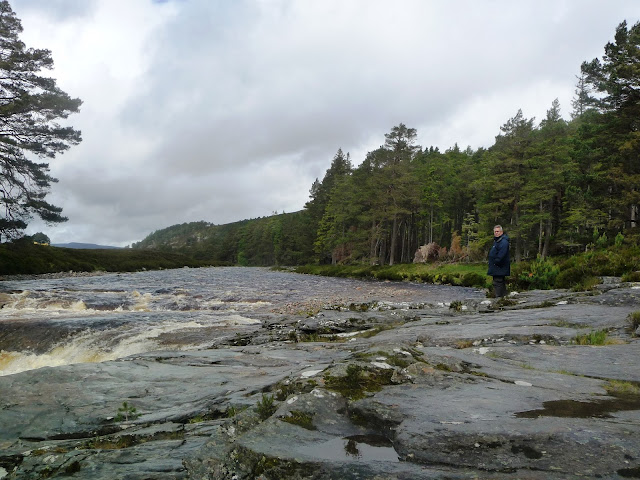 Apologies for the photo overload but it was just sooooooo beautiful ... 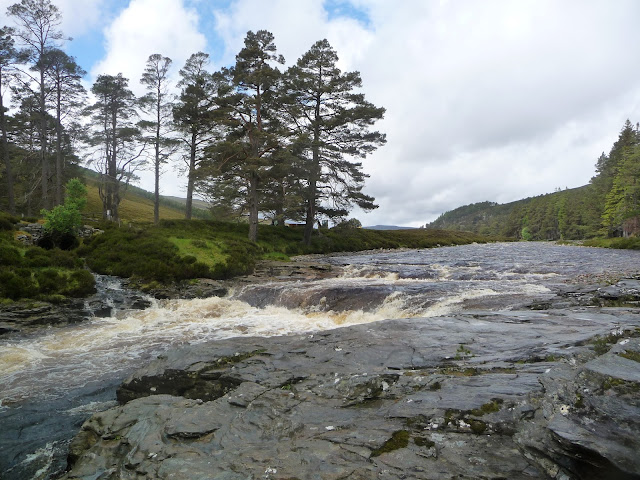 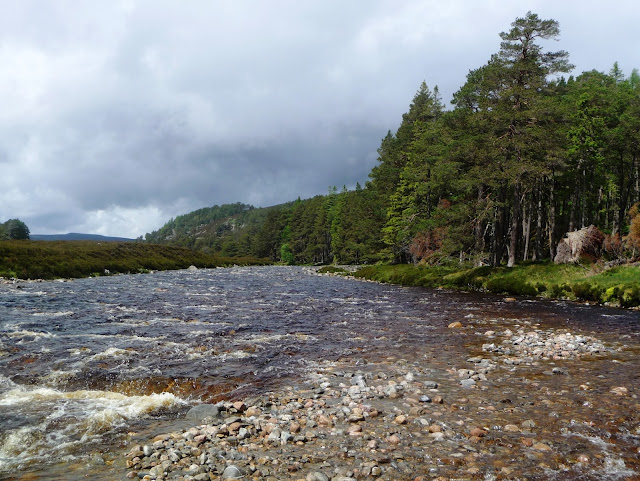 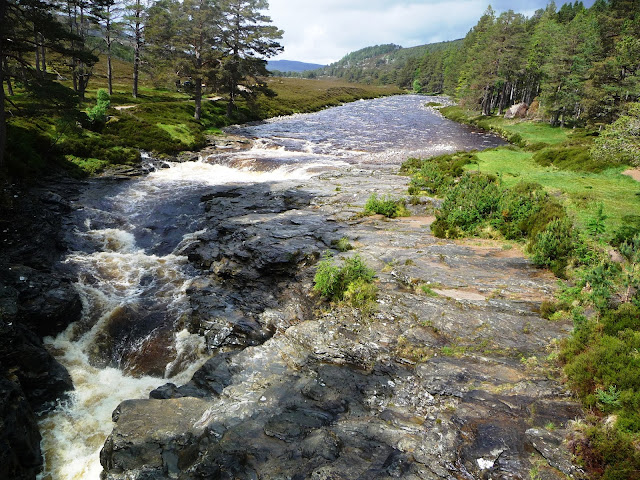 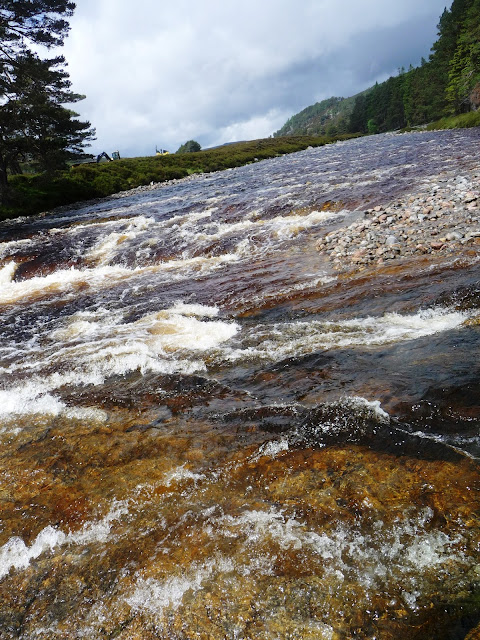 All too soon it was time to be on our way. We followed The Dee, as it meandered its way back to Braemar, with a stop off for an in car picnic and a few photos of the valley. 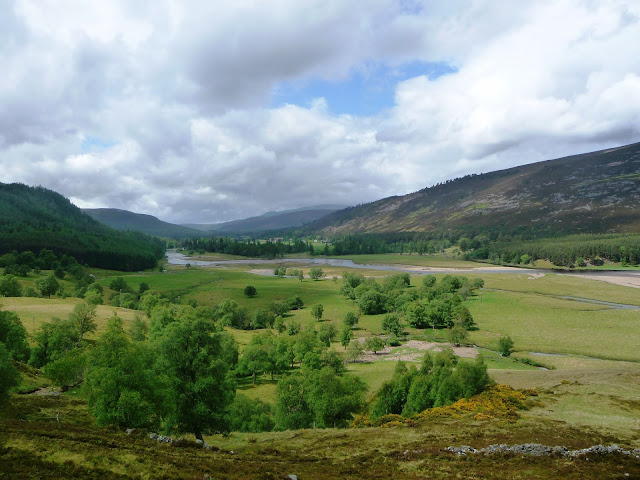 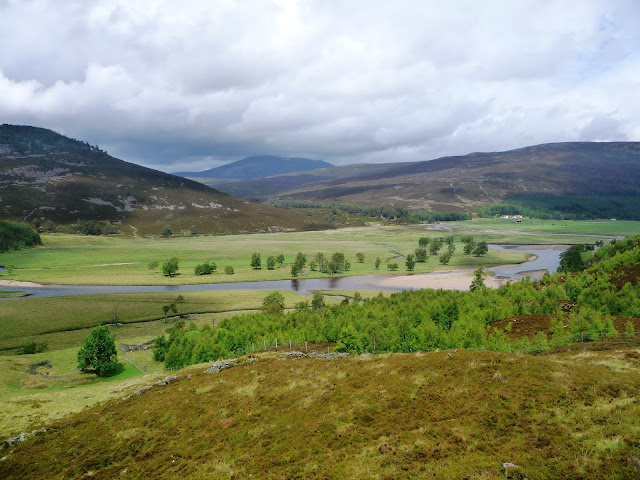 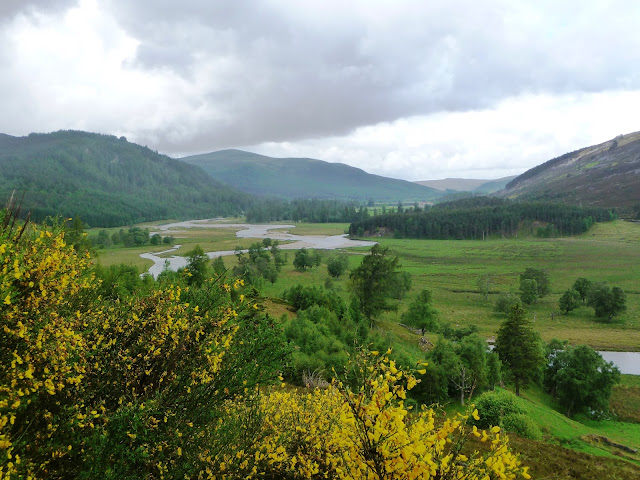 Back in Braemar we had a good wander around, before making a hot chocolate pitstop for refreshments.

Whilst Braemar is only a small village, it is really pretty and there are plenty of interesting bits to stop and have a look at, including the railway station that has never seen a train, the remains of Kindrochit Castle and the RAF memorial, made from one of the engines from the wreckage of a Wellington R1646 found locally, which stands in memory of all airmen losing their lives in The Cairngorms. 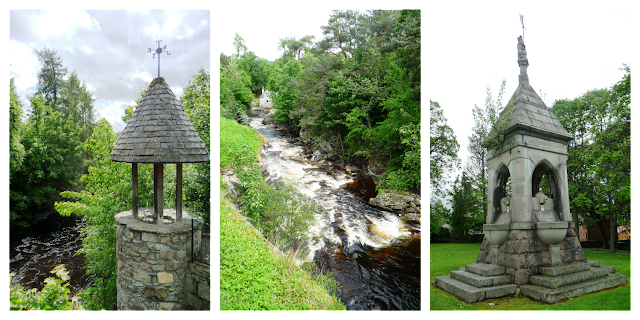 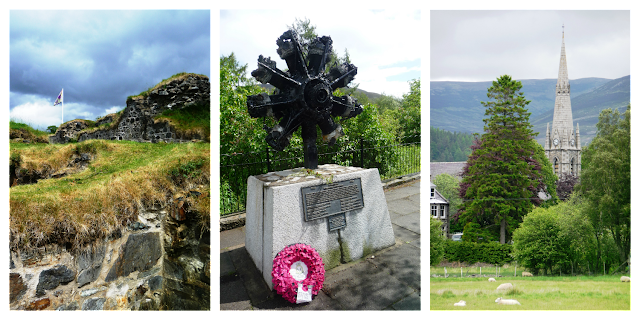 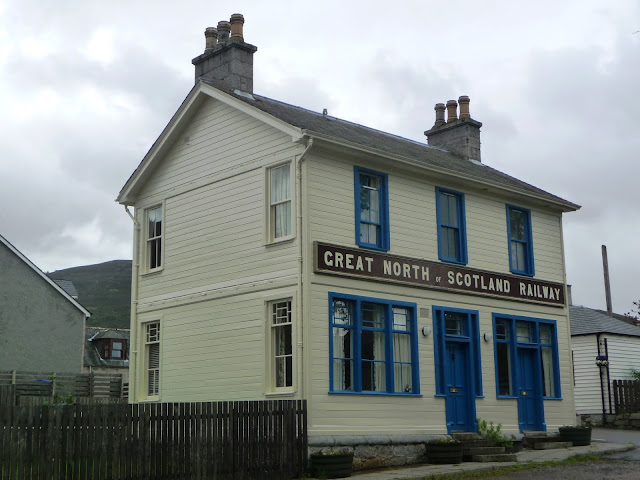 We had one final stop off on the way back to Garnshiel Lodge. We've spotted this bridge from the road lots of times and today was the day that we decided to stop and have a closer look. 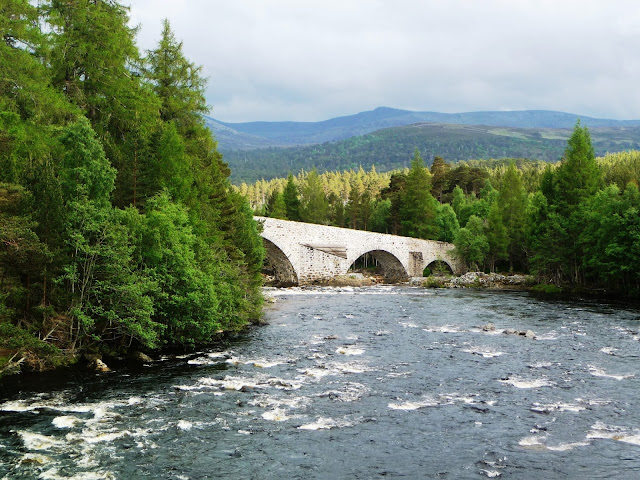 We were able to pull in a little further along the road and you can actually walk to the bridge. It turns out it is the 'Old Brig O'Dee' or 'The Invercauld Bridge' and the views of the river in either direction are spectacular. It's definitely worth a stop if you are passing. 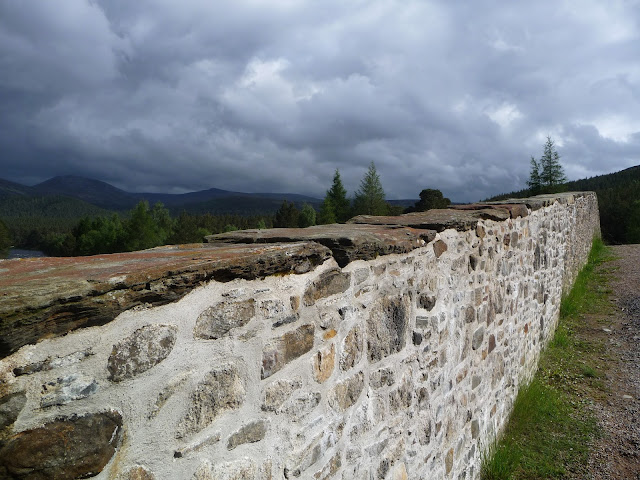 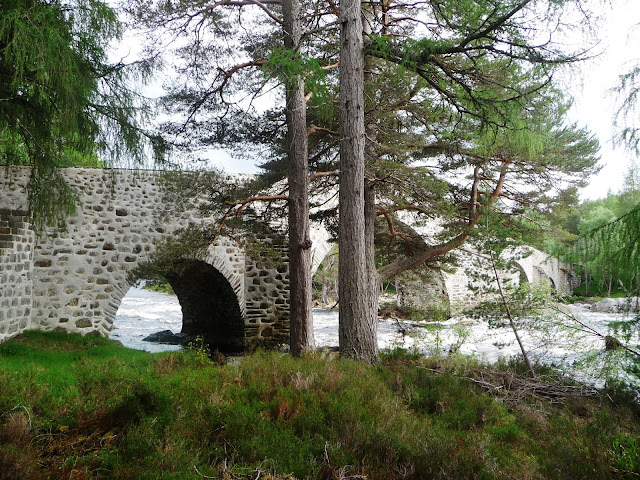 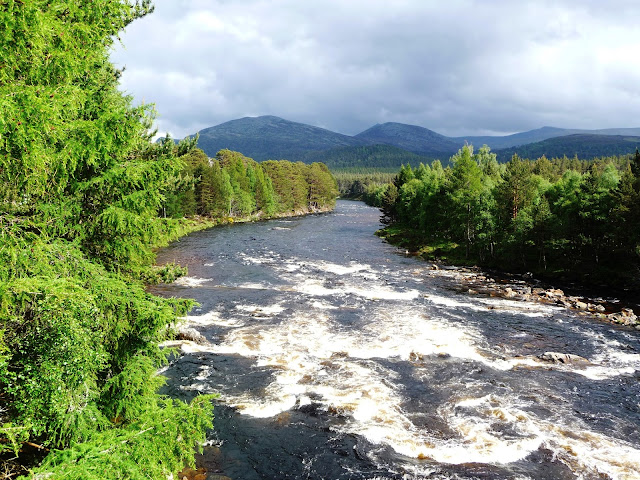 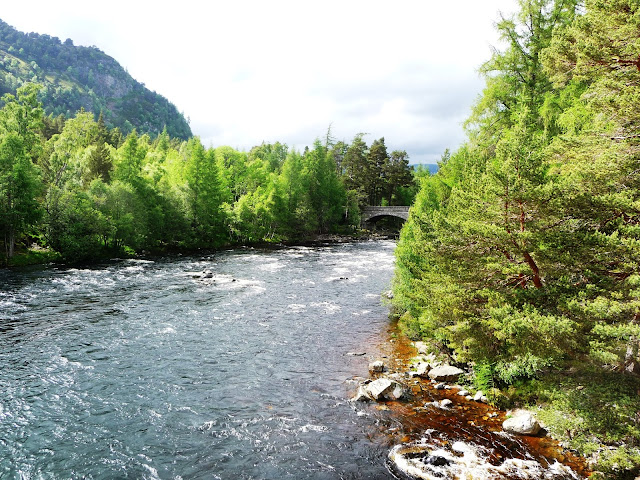 So that was it, the end of our second big day out, pretty much spent the whole of it alongside The Dee, just beautiful 💜💜💜
Posted by Carol at 11:19