Some of them I managed to complete during the last part of 2019 and some are definitely on the cards for later in the year.

As new things keep getting added to the list all the time I can well imagine that I may end up turning this into a 60 or even 70 things post, but for now I am still aiming for the 50.

So here is what is on the cards for the time being ...

37 - Find a new volunteering opportunity
Since I finished work back in January 2014 I've been considering committing to a new volunteering challenge. I've been really concerned about taking something on and not being able to commit to it properly. I didn't want to get myself into a position where I ended up either letting anyone down or regretting taking something on.

It was only really towards the end of the year that I felt ready to give something a go and the ideal opportunity presented itself at the right time. Back in November I did my first volunteer shift at our local foodbank. It's in walking distance and doesn't start until lunchtime so it's really convenient for me ... as well as being a really good cause.

So far I've only done three shifts so it's not that onerous, though it is very hard work and exceedingly humbling. I've met lots of great new people and I think it's going to be something that I really enjoy doing.

38 - Visit Chatsworth for Christmas and the Christmas Markets 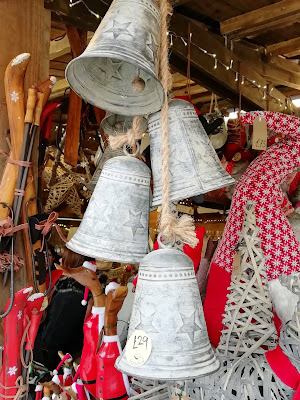 Whilst I've visited Chatsworth numerous times over the years I've never been over the Christmas period. We've been trying to do something Christmassy in our November holidays for the last few years ... visiting Castle Howard in Yorkshire in 2017 and the Longleat Festival of Light in 2018.

We decided that our Christmas treat for 2019 would be to visit Chatsworth, whilst the Christmas markets were on, have a nice lunch, a wander round the gardens and see the house all decked out for Christmas.

With some seriously bad weather and flooding in the week before we visited it was touch and go for a while as to whether we would be ticking this one off the list, but the site stayed open for those who had pre-booked and we managed to get our visit in. I've lots more to share with you about this visit but seem to be a bit behind on the blogging front at the moment ... so look out for it if you want to see more.

I was thrilled to bits when this one was actually featured ... 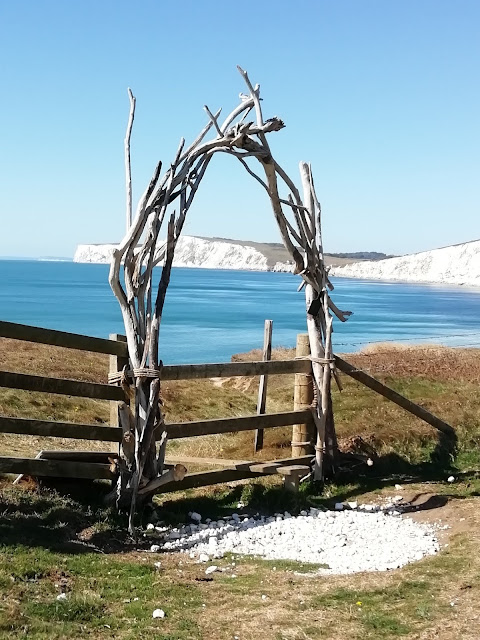 40 - Take a break in Windsor and see the sights
I've liked the idea of spending some quality time in Windsor for a long time. I wanted to see the Castle and the Changing of the Guard, Eton College, wander the High Street and generally explore.

As a bit of a last minute thing Martin and I are just back from a few days spent staying in our first ever Airbnb. We were both a bit nervous about what we would find but we needn't have worried ... it was just fab and Windsor was everything I hoped it would be. 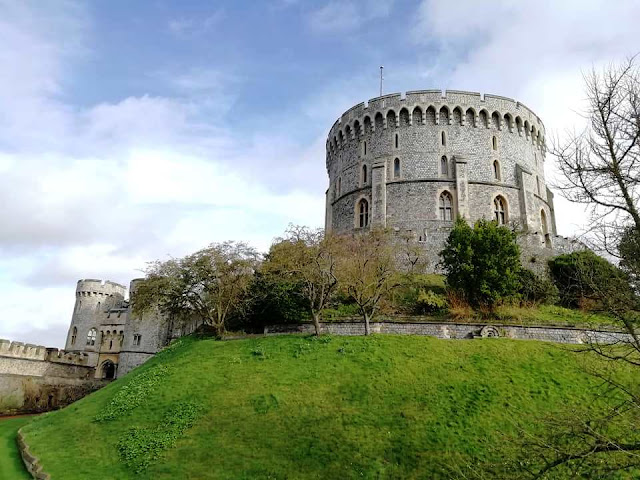 Again, I've lots to share with you so I'm sure I will be posting about our visit very soon.

41 - Re-visit Warner Bros Studios to see Gringotts Bank
When I heard last year that there had been an addition of the Gringotts Bank set to the Warner Brother Studio Tour I just knew that I really wanted to go again to see it.

We went early January with mum and dad and it most definitely did not disappoint. 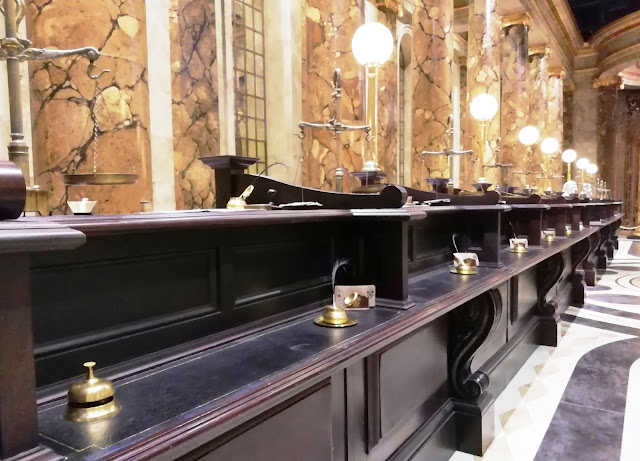 42 - Cycle to Elford Hall Gardens
We both really want to get out on our bikes more, but it's difficult finding good circular routes that are about the right distance for us, as neither of us are that fit. 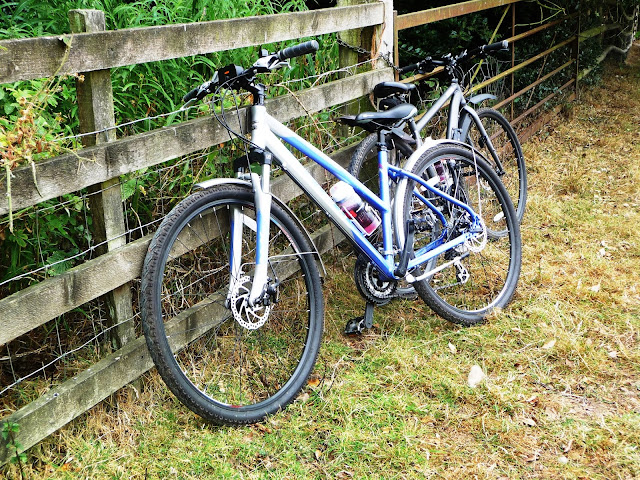 When we visited the Elford Scarecrow Festival last year we both agreed that it would be lovely to spend more time in the walled garden in the summer and thought it might make a nice bike ride, with a picnic ... if we get some sunshine.

We were both a bit worried about how far it actually is, but have worked it out on Google maps and think we could probably just about manage it ... if we go from mum and dad's, rather than from home.

I really hope we get some good weather and am determined that we will give it a go.

43 - Visit Glamis Castle
When we visited Balmoral back in 2017 and saw the photos of Glamis Castle I decided right there and then that I definitely wanted to visit.

We have a week booked in a holiday cottage, staying in Dunkeld, later in the year and a visit to Glamis is definitely on the cards.

44 - Visit Clevedon
Back in 2018 we spent a day at Weston-super-Mare and when we drove home we came through the tiny village of Clevedon on the Severn Estuary. It looked really lovely and I definitely want to visit to explore further ... there is also a National Trust property nearby so I'm hoping that we can get to make a day of it over the summer.

45 - Visit new places in The Peak District ... Padley Gorge, Cheedale Stepping Stones, Three Shires Head, New Mills
I've recently joined the Let's Go Peak District Facebook group and have been seeing lots of photos of beautiful places in The Peaks that have reminded me just how beautiful the area is. There are a few places that have definitely made it onto the list for visiting and when we were staying in Ashford-in-the Water back in November we managed to explore Padley Gorge, which was just beautiful ... 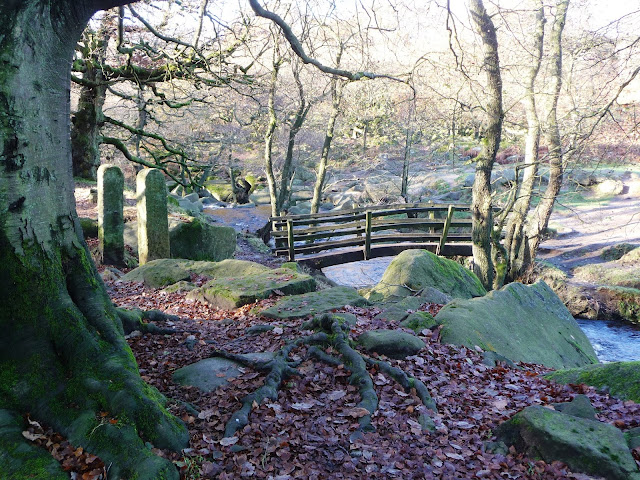 We also got to see Owler Tor and the three reservoirs ... I've lots of pictures waiting to be shared, so it's another one to be looking out for.

46 - Cycle round Carsington Water
This is one that's been in the back of my mind for a while. I'm not sure how far it is to cycle round and I'm not sure if it's a bit too far to drive for for the day, but I definitely want to bike round the reservoir.

47 - Read more
You may have seen from my first Reading Corner post that this year I really want to get back into reading. I've always loved curling up with a book but for some reason I hardly read anything at all in 2019. This year I am aiming to read at least two books a month and will be blogging my thoughts on what I've read across the year.

So there you have it! A few more under the belt already and plans to get out and about and tick a few more off the list before the end of the year.

It looks like I'm definitely going to be increasing the number from 50 as I just keep finding more things that I really want to do. At least I won't be hitting 60 thinking I've spent 10 years doing nothing, it's lovely being able to look back and see what we've done.

Thanks for letting me share my goals and objectives with you ... I think knowing I'm going to be sharing what we've done makes me just a little bit accountable to myself to make sure that I don't while away all of my days ... though every now and again that's quite nice too 😀