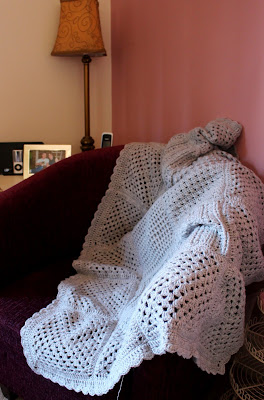 When it came to setting new goals in the New Year there didn't seem to be lots of things I felt I really wanted to do in 2020 ... but more reading is definitely something that is high on the priority list.

I’ve always loved reading, but in 2019, for some reason, I barely picked up a book ... even when away on holiday. I didn’t even manage to finish reading all of the books I received as Birthday or Christmas gifts in 2018.

I think losing hours scrolling through social media and playing mind numbing electronic games on the iPad left me with little time for reading and it’s something that I am determined to be a bit more intentional about over the coming year.

Whether or not I will be going to the extent of planning in particular time for reading I am not sure, but I do know I have a shelf full of books by my favourite authors just waiting to be picked up and dived into ... 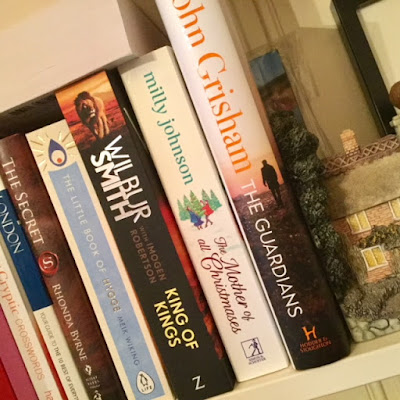 Add to that a bag full of new authors picked up from the free book shop and charity shops and it is starting to feel like a bit of a mountain to climb.

I've decided that I'd like to try and read at least two books each month, which should be more than doable. I don't want to set crazy high numbers as I want it to be a pleasurable pass time and not a chore and I always need a bit of downtime in between books as I move on from characters that I've become absorbed with.

I was really pleased to get off to a good start for January and thought that sharing what I've been reading with you might be a good idea for a new series of blog posts ... so ...welcome to January's edition of ...  'The Reading Corner'.

The Book of Dust - The Secret Commonwealth
Philip Pullman 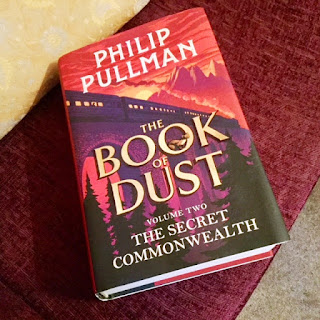 Hot on the back of watching the new His Dark Materials series on TV before Christmas, I borrowed the second of Philip Pullman’s Book of Dust series ... The Secret Commonwealth ... from mum and decided my new reading journey would start here. If nothing else, it would shift a big thick tome and once read could be dispatched back to mum and dad’s.

It didn’t start as expected. I kind of thought it would pick up from where we left off in Volume One, following Lyra’s growing up in Jordan college before being extricated by the evil Mrs Coulter at the start of His Dark Materials.

I was most surprised to find that it was set 20 years later, after the end of the Dark Materials series, so it felt like book 5 of the overall writings to me, rather than book 2 of the new series ... but if Star Wars can get away with it I guess Philip Pullman can too.

On first sitting I sat and sped through five chapters. It was easy to pick up the thread of the tale, though there had obviously been some developments in the missing 20 years that I hoped would be explained later on. There was also just a little sadness, especially when it comes to the relationship between Lyra and Pan, which had been so beautifully depicted on screen.

For a big chunk of this book it was hard to reconcile this Lyra with the Lyra of His Dark Materials. It’s almost as though none of her wondrous adventures ever happened or only happened in her imagination, which seems to have somehow disappeared for a while. It’s hard to understand how someone who had been through all of that ever could have turned into an ordinary scholar, though we do start to see a glimmer of the old Lyra with the introduction of The Secret Commonwealth.

Though it certainly is a mighty tome, I was totally hooked and managed to finish it within a couple of days ... I am left frustrated though as there are so many strands and sub plots building within the book but all have been left hanging ... to be concluded. 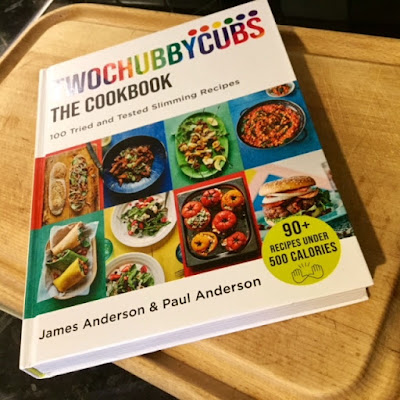 Over the last few years we have been on a bit of a self imposed ban on the purchasing of cook books as we just have so many. In fact our collection has taken a bit of a culling over the last couple of years so it was not without lots of consideration that I decided to opt for treating us to this one.

It's a low calorie cookbook from two chaps with a really funny and popular blog about their weight loss journey using the Slimming World plan.

They are quite big on cooking properly, using 'real' ingredients, rather than using food stuffs in different ways, or 'tweaking', to try and get round the plan rules and we’ve used a fair few of their recipes from their blog so decided to give it a go.

There are 90 band new recipes in the book, which was a big of a draw, along with a toned down version of their normal accompanying chat ... whilst not quite as filthy as on the blog the accompanying writing is pretty down to earth and funny.

We had a really good browse of the book and have intentions to try a good number of the recipes which is great as normally there are only one or two which seem to take our fancy.

So far we’ve tried the firecracker salmon and the chicken achari and both are recipes that we would use again. So all good so far. 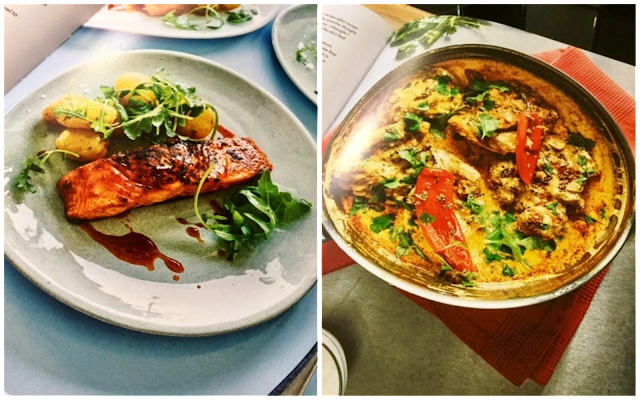 Whilst the RRP is £20 we managed to pick it up in WH Smith for £10 on an introductory offer. By all accounts it has been incredibly popular with Amazon not being able to fulfill pre-orders on time and huge numbers of positive reviews so if you’re looking for a good low calorie recipe book I would definitely recommend giving this one a go. 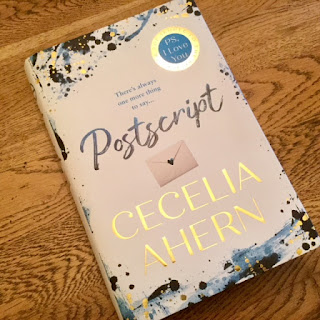 After a good start to the year it was not until the very end of the month that I picked up another book to read. I’d been struggling with a horrible cough for a few days and had been pretty much confined to bed, sleeping in between coughing, when I decided that a read might just be the treat I needed.

I opted for Cecelia Aherne's Post Script, the sequel to the much loved PS I Love You, which I think was the first of her books that I ever read.

Martin had bought it for me for my birthday back in November and I’d been waiting for the right time to dive into it ...

Having loved PS I Love You, I am so pleased that the sequel didn’t disappoint ... there was just enough background for a refresh on the original plot and it was very much a continuation of the original story .

It was great to reacquaint with old characters, whilst meeting enough new to make it feel different ... and the plot was totally believable.

Whilst for me it wasn’t quite as emotional as the original I would be lying if I said there were no tears at all, particularly towards the end.

I read it within 24 hours and really enjoyed it and actually was left thinking that there could be a place for the service on offer ... and not just in the world of fiction ... I’m sure there are plenty of others who will be thinking the same 💜💜💜

So there we go ... the first edition of 'The Reading Corner' ... my new blog series for 2020. I hope you liked it and would love to hear your thoughts, so go on, make my day and leave me a comment 😀

I've already started my first read for February, something completely different to what I've read this month, so drop by next month and see what I thought ... and if I managed to fit another one in too.