Hi there everyone 😀
I know it's a little bit late but I did manage to do a bit of reading during July ...
After really enjoying Lee Child's The Midnight Line back in June I managed to snag a couple more of the Jack Reacher series from dad's bookshelf ... starting with ...
A Wanted Man
Lee Child 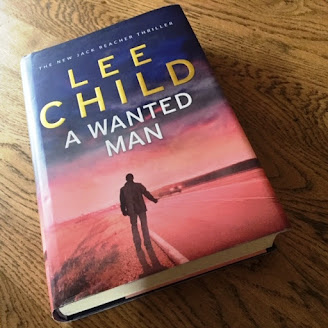 The story starts with Jack hitching a lift and as the story unfolded it was plain to see that he had got himself mixed up in another web of intrigue and adventure. It's hard to see how so many strange events can be encountered by just one chap when just moving from 'a to b'.
It was another gripping tale and I really enjoyed it and finished reading it in just a couple of days.
Having now read two of the series back to back I decided I wanted to go back to the start and read from the beginning. Following my last Reading Corner post a local friend let me know that they had all of his books and that I was welcome to borrow them.
I picked up six to get me started and went back to the beginning eager to find out a little bit of Jack's history and how he had ended up in his current position. 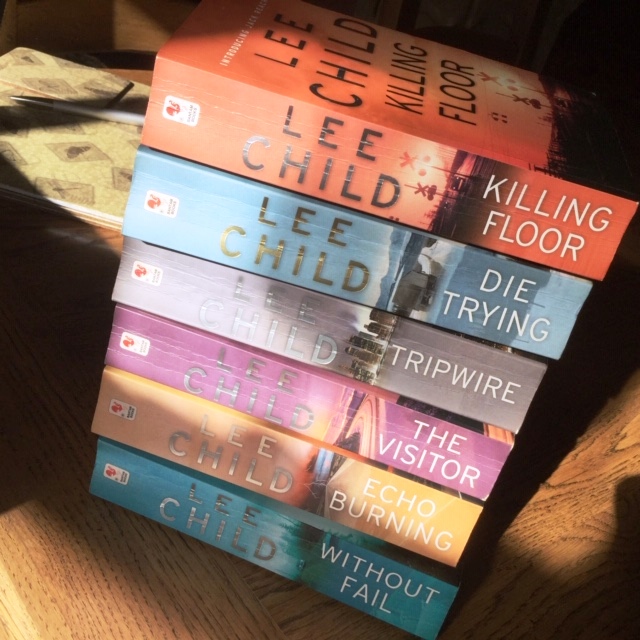 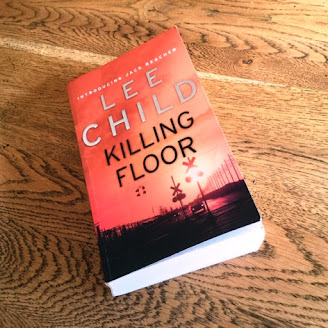 Lee Child
The tale began with Jack six months out of the military police and deciding to just spend some time travelling about ... no ties and no real possessions, just buying what he needed on his way.
Within what seemed like five minutes of arriving in town, and in the midst of his breakfast, Jack's first adventure begins with him getting arrested for something he clearly didn’t do.

One thing that I found strange about this first book was that it’s written in the first person, whereas the later ones I’ve read have been written in the third person ... it certainly took a bit of getting used to and had me wondering when and why this perspective changed.

It was also odd reading about Jack seeming to be falling into a romantic relationship as this wasn’t something I’d encountered in the other two I'd previously read ... obviously having read ahead I knew it couldn’t become something permanent but I was interested in finding out where it went. As the tale went on I could only imagine one ending ... would I be right?