Well ... it was a pretty busy old reading corner for August, with more reading done than I have in a good while. I am blaming Jack Reacher ... though I did leave it a couple of weeks before starting on my 4th of his tales in a row ... the second in the series ... 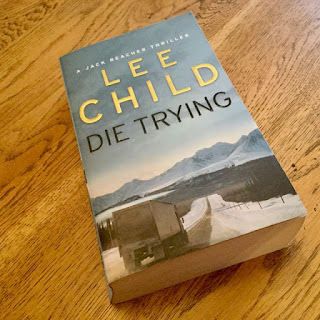 I was interested in finding out if there was any link to the first one ... The Killing Floor ... which I read in July ... and just exactly how, if they did, his tales fit together.

I was expecting another first person account from Jack, but this time we were back with the more familiar third person account, which kicked off with Jack finding himself in another tight spot by page 3.

It was straight in ... no explanation as to how Jack had moved from Margrave in The Killing Floor, where we last saw him boarding a bus for California ... to Chicago where this new situation was unfolding.

Perhaps all would become clear as things progressed or perhaps his tales are totally stand alone.

There was one small reference, part way through the book, about his brother dying the year before but that was it and Jack was soon up to his neck in it with another strong female, the type of which he seems to be constantly attracted to, and in spite of the horrendous situation they find themselves in there is always room for a bit of romance ...

There was one point where it did get particularly hairy ... reminding me of a time when I thought potholing might be a good idea and I experienced the squeeze of The Cheese Press in the Long Churn Caves ... though to be fair Jack's experience made this look a bit like child’s play

As expected all was well that ended well and, though it seemed that Jack could perhaps have had the girl, he gave a normal life a narrow swerve and went on his merry way and, I’m sure, straight into the middle of more madness and mayhem. 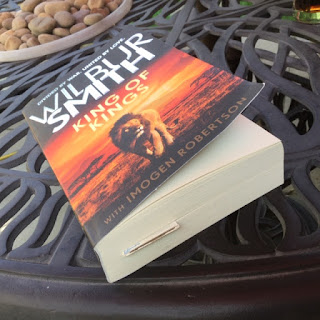 Having decided to have a bit of a break from Jack Reacher I opted for an old favourite ... Wilbur Smith and King of Kings.

It’s been a long time since I’ve read any of Wilbur Smith's books and even longer than that since I’ve read about the Courtneys and Ballantynes. It wasn't long though before I was lost in Africa in turbulent times with Ryder Courtney and his young family struggling to get a silver mine up and running in the middle of the harshest of terrains.

They were thwarted at every step but managed to overcome adversity to win through in the end.

There were lots of references to previous adventures and it was only when I finished the book that I realised they were referring to another of his books The Triumph of the Sun, which I will definitely be on the look out for. 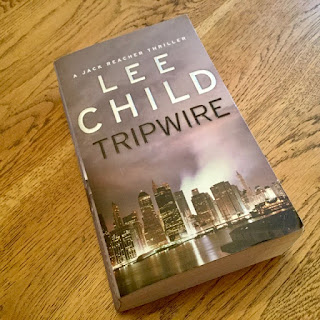 It was back to Lee Child's Jack Reacher for the third in the series for my third read of the month.

This one started off very differently. Jack was ‘settled’ in one place ... if you can call a few months settled. He even had a couple of jobs, needing to supplement his army settlement, which was not going to last for ever.

Things soon started kicking off though and we got to find out a bit more about Jack's previous life and some of the people he had been close to whilst in the Military Police.

It was soon becoming clear as to who was who and how it all fit together but not so clear as to how things would end up, though of course Jack would be sure to come out of things smelling of roses ... although, as in previous tales, it was difficult to predict what would happen to the girl ... who this time really did seem to be Jack's one true love.

As the tale went on there did seem to be indications that the thoughts of coming back into mainstream living might just not be quite right for Jack and the mere thought of the implications of this were sending him into a bit of a blind panic.

As it happened we didn’t get to find out as, whilst the mystery was solved and, of course, Jack saved the day ... the book finished before the decisions as to whether Jack would stick around were made ... I'm really looking forward to finding out what happens next though. 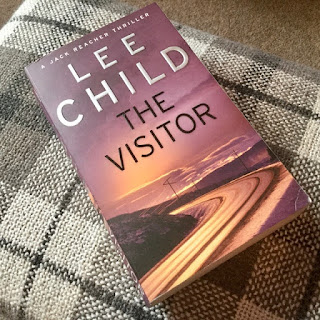 Desperate to know how things ended up between Jack and Jodie and Jack's inherited new home in Garrison I dived straight in to The Visitor, the next in the series.

Well I was rewarded very early on and discovered that they were in fact still together so there was an element of flow to the series.

As the story hotted up and Jack was beginning to be useful to the FBI, initially under duress, it was clear to see that a dilemma was brewing. There was no doubt that Jack and Jodie were still seriously in love with each other, but neither was that enamoured with the others lifestyles, which were pretty much polar opposites.

And whilst both had a really good sense of right and wrong, how each handled injustice against the little guy were a world apart.

Whilst I was confident the problem of the serial killer would be resolved I could only see one ending for Jack from a personal point of view.

I was really hooked on this one ... I read it in about 24 hours, straight off the back of Trip Wire.

In the end I was right that the serial killer issue was resolved, though I really did not not see it coming ... it was a bolt right out of the blue.

Jack and Jodie ... Well they didn’t exactly ride off into the sunset ... well not the same sunset anyway, but there is a glimmer of hope that there may be a happy ending at some point ... it will be interesting to see where this story goes.