Hi there everyone 😀
October was another fairly quiet month on the reading front but I did manage two assignations with my old friend Jack ...
Without Fail
Lee Child 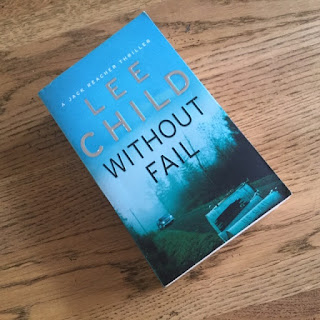 This was the 6th in the series and for some reason I didn't make notes as I was reading so I've had to just refer to the on line synopsis to refresh my memory ...
This time Jack was working for the CIA and was very much under the radar.
It was another good read ... action from page 1, right through to the end ... where Jack again pretty much disappeared off into the sunset.
Persuader
Lee Child 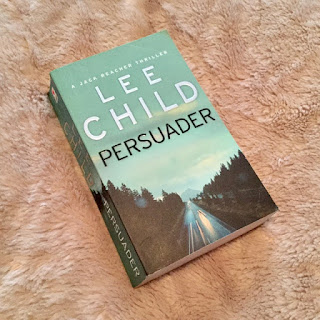 For the 7th of the series we were back to a first person account from Jack, which was a little disconcerting.
As always from the very beginning Jack was right in the thick of it and once again things were not exactly as they seemed ... it wasn’t just chance that had Jack thrown headlong into yet another mission to help out the US government very much under the radar.
Again it was a strong woman that had enlisted Jack's help and again, it wasn’t long before he demonstrated that celibacy was most definitely not for him.

There was no mention whatsoever of Jodie in this book so I’m guessing that Jack has most definitely moved on but there was reference to her dad and there was a real parallel of how current events ran in line with something that happened way back in Jack's dim and distant past and he got the chance to settle a very old score.

There was another no ties ending as Jack moved on to whatever came next.

I have to say whilst each book so far has had some real similarities ...
... Jack getting drawn into some unlikely predicament
... Jack acting as an off the books operative for some government agency
... A strong female
... A short romantic liaison
... Jack trouncing the bad guys and saving the good
... Jack riding off into the sunset as though he’d never been there in the first place

... It was no less riveting than those I’ve read so far, I finished it up within 24 hours as I just had to know how all the threads came together in the end.