What this means to the caching fraternity is that if you complete an Earth cache on this day you are awarded a virtual souvenir (or badge)!!

Well we're always up for a badge, virtual or otherwise, so we set out from Tamworth, mid-morning, in thick fog.  We picked up mum and dad and headed over to The Chase.

The Earthcache we were heading for was at Castle Ring Iron Age Hill Fort on Cannock Chase. What we had to do to be able to claim the cache was to complete three tasks: 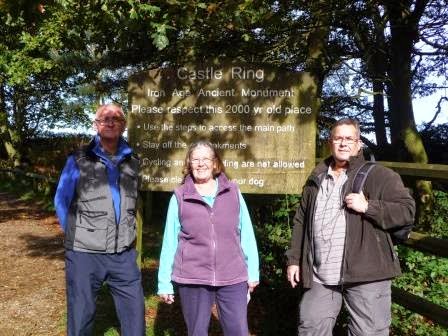 We did wonder how we would manage estimating how far you could see today, as the fog was pretty heavy, but as we approached the Ring the skies suddenly cleared and we knew we would be afforded a good view from the required spot.

We parked up and agreed who was going to be responsible for what.  I was on photo duty, mum was on writing duty (that proved to be a mistake!), dad was on timekeeping and Martin was on the GPS.

We headed off in brilliant crisp Autumn sunshine and made one circuit of the Ring, stopping a couple of times to look at the views and to pick up another cache nearby. 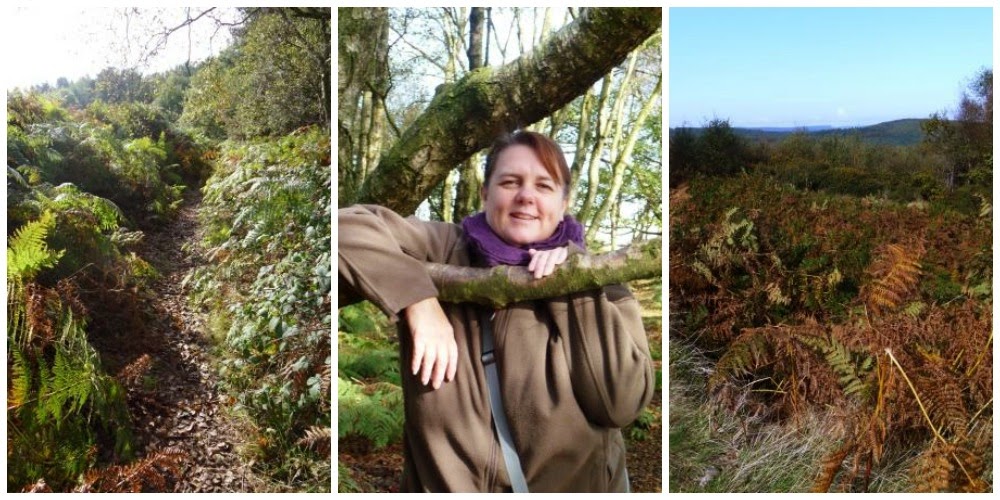 Getting back to the car it soon became evident that the writing of the timings had gone, to put it lightly, somewhat awry. After a mince pie and a few minutes of discussion and blame laying, Martin decided the only thing to do was to re-walk the Ring. A swift agreement by all and we were soon on our way round again this time with the GPS stopwatch in operation for the first time ever.

Our second set of timings seemed a lot more likely and we managed to get what we needed, so we headed for home to claim our souvenir.

Email ThisBlogThis!Share to TwitterShare to FacebookShare to Pinterest
Labels: Beautiful Britain, Cannock Chase, Geocaching, Life of Pottering, Out and About, Staffordshire