In the Garden - October

There really have been some gorgeous colours on show in the garden during October.  Autumn is here in all her glory. 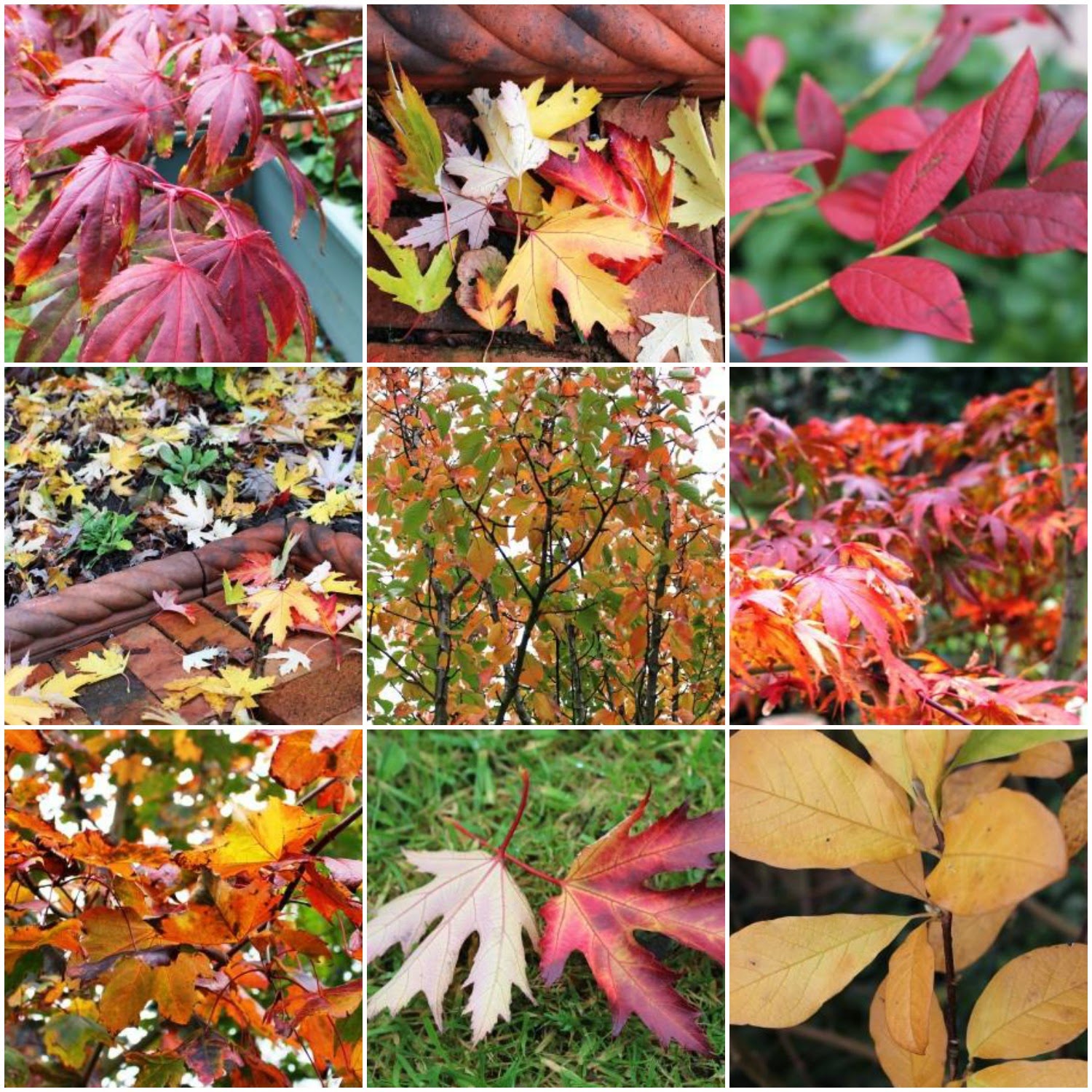 Whilst there's not been that much activity in the garden, we have managed to have a couple of days out there in the Autumn sunshine. 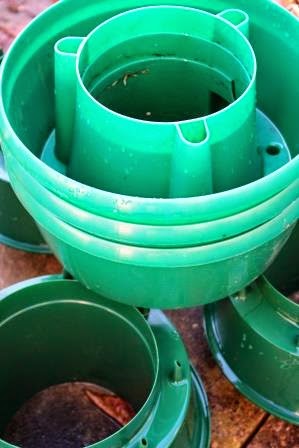 The first of our efforts involved Martin and I having a bit of a clear up in the back.  We finally said good bye to the very last of the tomato plants and cleaned and packed away the pots and support paraphernalia.

We then took down the three temporary greenhouses and cleaned and dried off all the poles, connectors and covers, before packing away until next Spring. 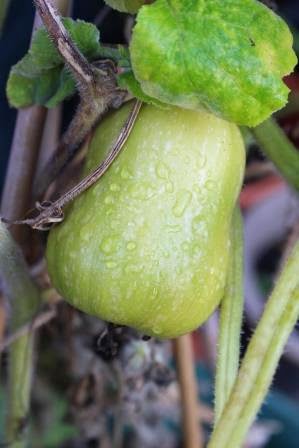 We've eaten our first baby butternut squash this month and very nice it was too.  We do have another tiny one hanging in there, but I'm not sure whether it will come to anything.  We'll give it a bit longer to see what happens before deciding whether it will end up in the compost bin!  I'm not sure we'll be trying these again next year as we've been really disappointed with how they've done.

We also had a really good tidy up of the patio pots and given the potted daisies another good deadhead.  They are still going strong and we have really had a good run for our money with these. The empty pots have been planted with a stack of wallflowers to give a bit of colour come the Spring.

When Martin first moved in, about 9 years ago, I told him never to let me buy wallflowers.  It was the in joke in our family that I always bought them, but never got round to planting them, so they just ended up going to waste.

This year, having a bit more time, is the first time that I've actually planted wallflowers in the Garden at Number 27, and I've lived here over 20 years, so I'm looking forward to enjoying the fruits of our labour in 2015.

Our second effort saw the front gate finally be fitted out with ironmongery and hung.  Martin had been very wary of attempting this as he knew it would be a bit tricky to get it right.  I think, in all honesty, that's why it's taken us so long to finally get it fitted.

In the end Google came up trumps though and a site called 'Woodworkers UK' really came in handy. This was definitely a Martin effort, rather than me, with a little bit of support from dad and a very friendly Oliver, who was very happy to have his uninterrupted walk back. I did provide the sausage sandwiches though and I do think he's done a great job.

As this has been such a marathon project, I felt it worthy of a very comprehensive set of photos!
Apologies now if you're not really a gate fan. 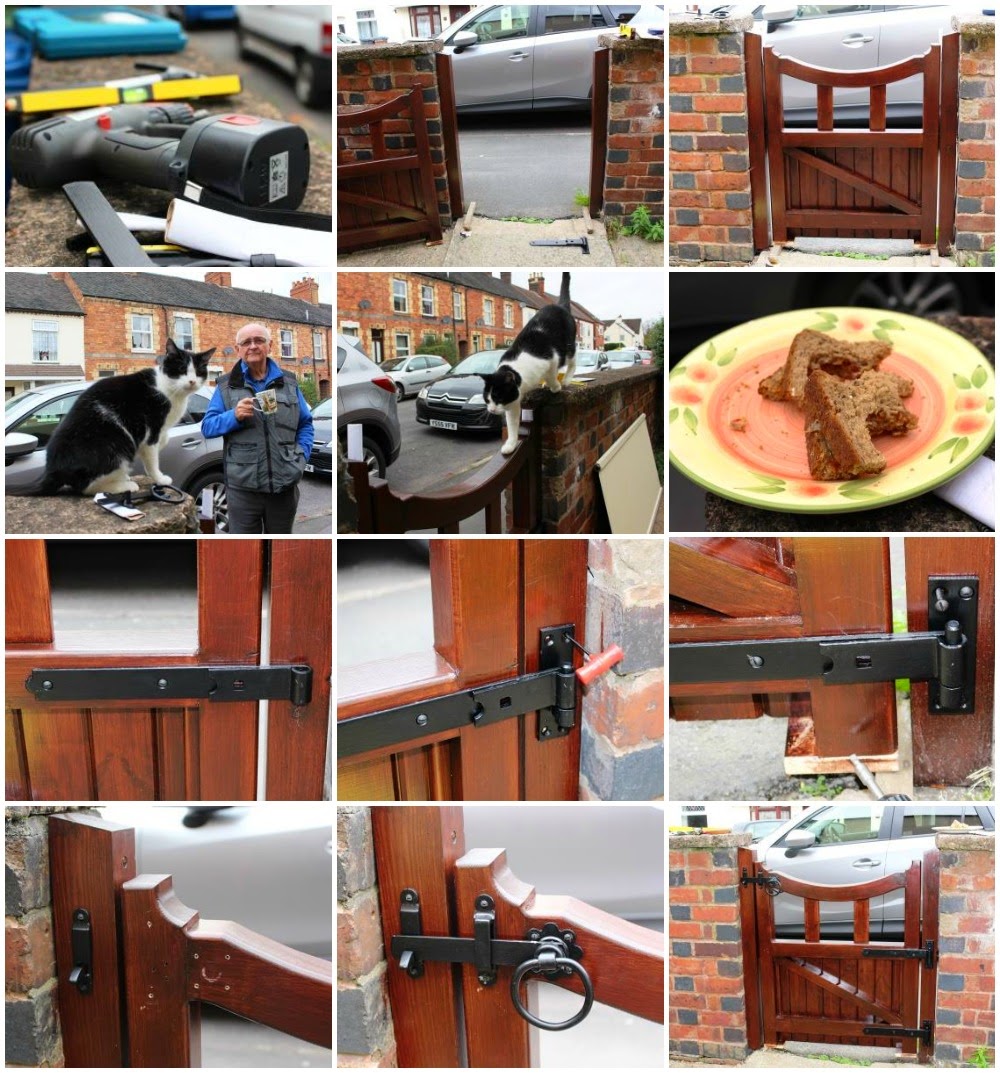 We still have a bit of finishing to do, before we can totally tick the job off the list, but at least we have a little bit of privacy and security back.  We've both felt very bare without the gate and are really glad to have it up and running.  Hopefully next month I will have some pictures of it completely finished, with the front bolts fitted and the base supports removed.

There is still absolutely loads to do before we can say that we have finished for the year and some of the things I hope to tackle in November are:


Hopefully I will be able to rope mum in for a morning or an afternoon, which will be a great help, but it looks like I'll still have more to report next month, so please, keep reading.
Posted by Carol at 09:23