I can't believe it's been so long since I've done a post on Will Sidney's War.  Time is just running away with me.

The last time I posted it was the first week of July 1917, and Will had just been transferred to the 9th Battalion of the York & Lancaster Regiment, which just happened to be his brother, Charlie's, Battalion.

We were really surprised and delighted to read, from Will's diary, that not only was Will fit and well, working at the ammunition dump, but he had actually met up with Charlie, which we found quite remarkable.

During the second week of July 1917 Will writes of his continued work at the ammunition dump, taking shells out of boxes, waiting for Charlie to come back in from the line, moving camp to Steenvoorde and sunburnt knees.

The rest of July sees plenty of correspondence between Will and those back home, with Will writing of sending Ethel a silk card and handkerchief.  We have lots of silk cards that Will sent to Ethel whilst he was posted abroad.  This is the only one that has a silk handkerchief included with it. Could this be the one that Will refers to on 16th July 1917? 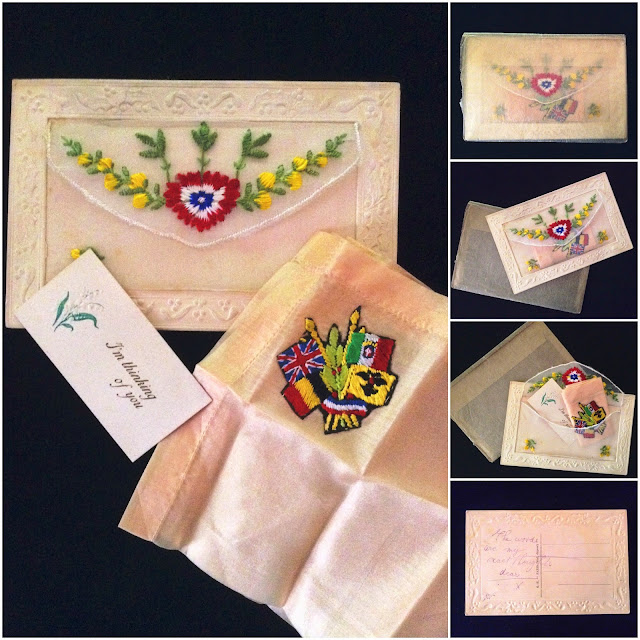 On the reverse of the card itself Will writes ..... "The words are my exact thoughts Dear" 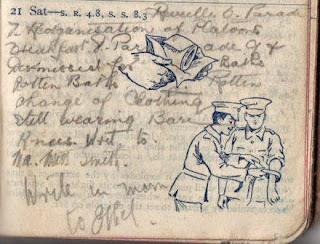 Whilst at Steenvoorde there were plenty of inspections, drills and arms and bayonet fighting practice until, on 18th July the Battalion moved again, this time to the Meteren area, where Will writes of rotten baths.  Rotten change of clothing and still wearing bare knees.  He sounds quite fed up.


Maybe the battalion sports event perked him up.  On 24th July, as well as writing of receiving letters from Ethel, Ma, Ernest & Sunderland, Will writes of being entered for the high jump, the slow bicycle race, the 1 mile flat race, the mule race, the 3 legged race, the wheelbarrow race and throwing the bomb.

It sounds like the 24th was a good day for Will as he writes of winning the high jump and the slow bike race.

It appears that on the following day he was pulled down by Charlie in the 1 mile flat race and we're not sure how he performed in his bomb throwing.

Sports Day was still underway 3 days later on the 27th where Will lost in all the events he competed in.  Charlie won the wheelbarrow race, but then was pitched by his mule in the mule race and broke his collar bone and ended up being taken to the Casualty Clearing Station (CCS). 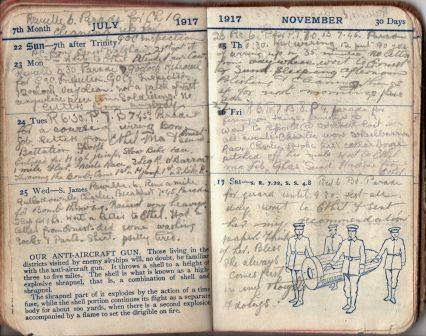 Whilst, as always, Will's diary for July records all letters sent to and received from his dearest Ethel, his writing is more focused on the day to day activities he was undertaking.  On 28th July Will's feelings for Ethel are again in the forefront of his mind as he writes of thinking of her and crying himself to sleep. 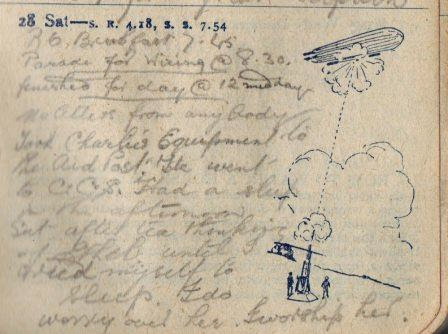 From reading ahead in Will's diary, it seems that July was the calm before the storm as August and September see some really serious action for the Battalion.  I'll tell you more about that in my next posts.
Posted by Carol at 08:51