In the Garden - March

Well spring did put in an appearance from time to time during March and we did have a couple of bursts in the garden.

The first was a good full day, where we decided to have a go at rearranging all the pots and furniture on the patio. We weren't sure whether we would like it as it has been the same way for as far back as I can remember.

We've decided to live with it for a while and see how we get on and I do think it's growing on us and Captain doesn't seem too bothered.
Whilst doing this we had a good clear out of the junk behind the arbour which now all needs to be rehoused and about a third of the patio got it's first jet wash for a couple of years. Hopefully the fact that it now looks a bit odd will spur Martin on to finish the rest of it. 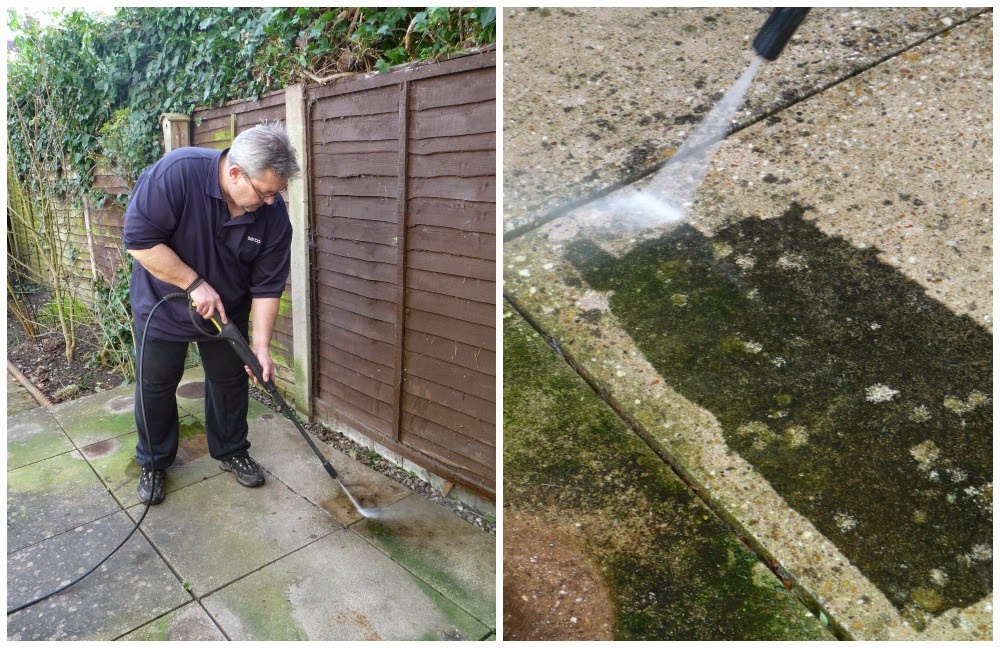 We've had another couple of shorter bursts and have fit a larger obelisk to the white climbing rose as it had completely outgrown the old one and we've repotted the blueberry. 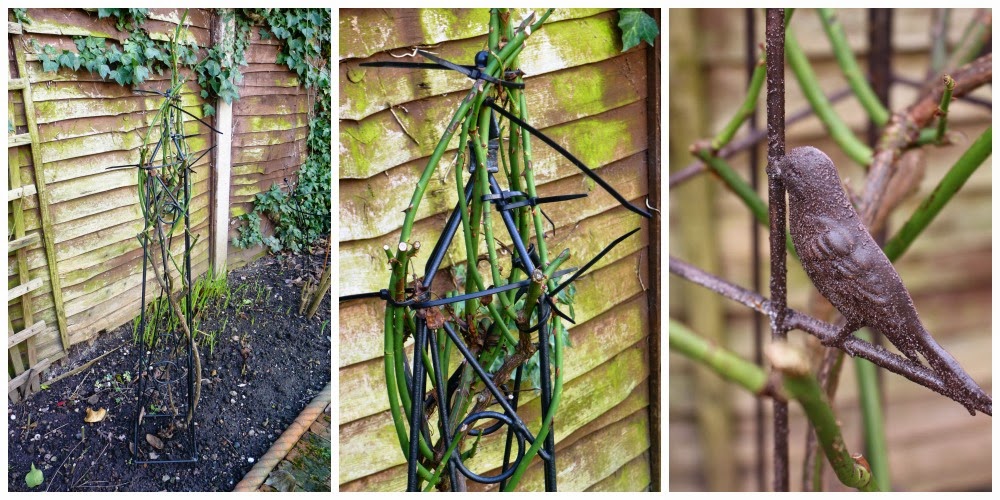 The second raised vegetable bed has had a good tidy and been invigorated with bags of manure and soil improver and we've made a good start on the seed planting. 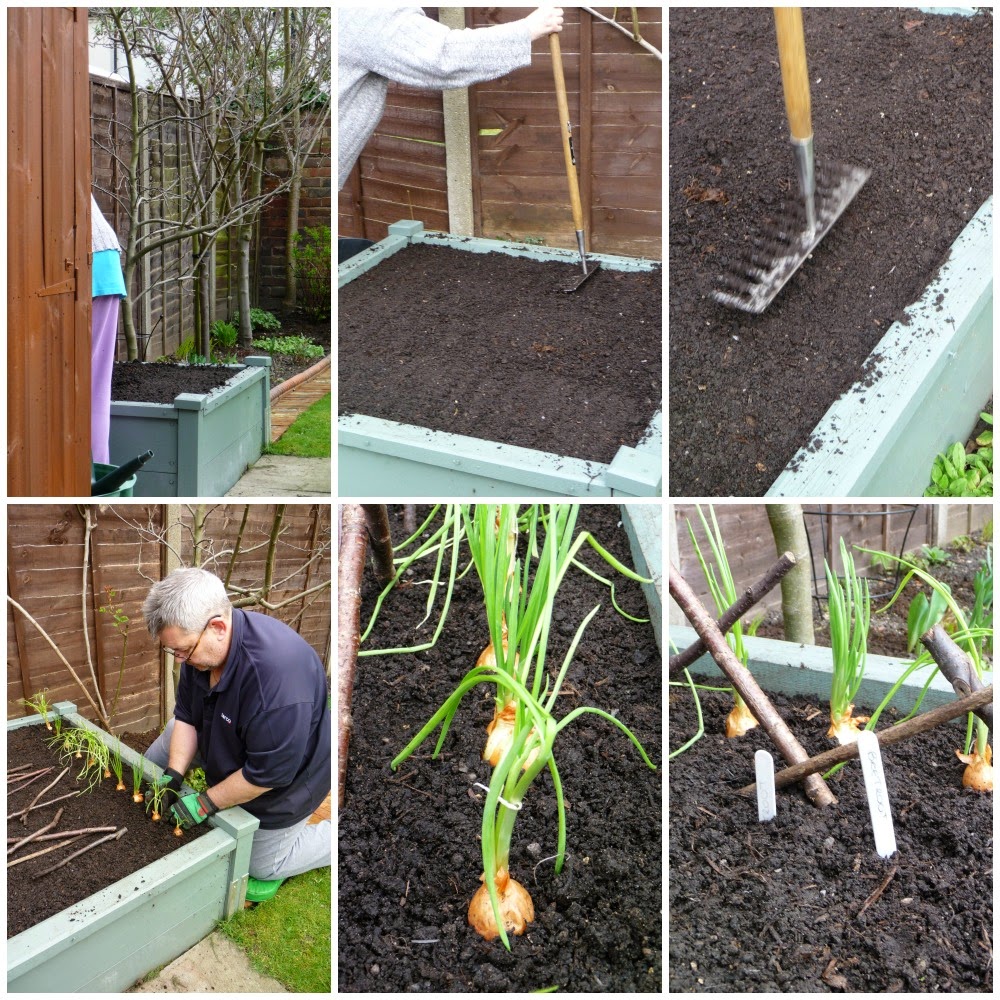 On the veg and salad front we've started off 4 varieties of tomatoes, courgettes, beetroot, carrots, radishes, spring onions, shallots, salad leaves and parsnips, to add to the chillies which Martin planted in February and are doing really well so far. 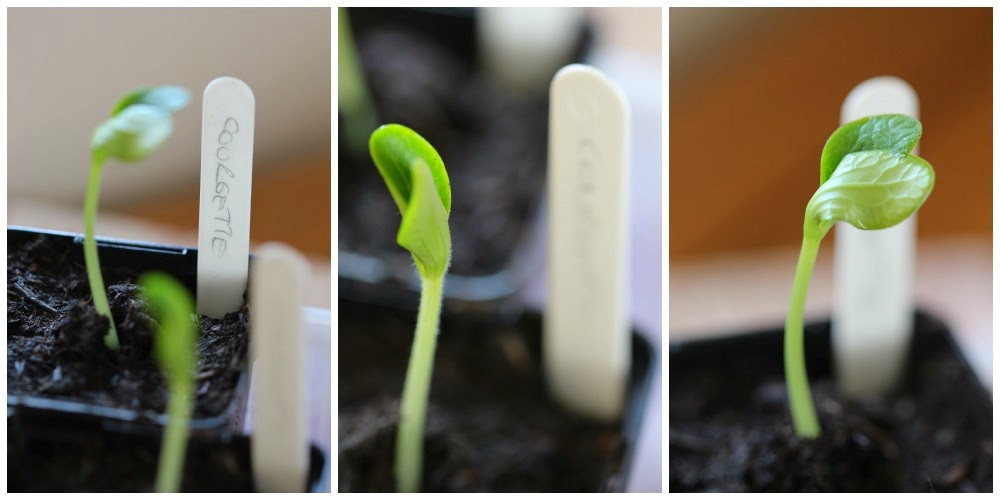 We've also started off some sweet peas and zinias, so the dining room table is pretty much out of action at the moment as it's covered in seed trays.

Next job is definitely to get the greenhouse up, but that will be a job for the Easter weekend.  Hope to see you all again then.
Posted by Carol at 23:01

Email ThisBlogThis!Share to TwitterShare to FacebookShare to Pinterest
Labels: In the Garden, Life of Pottering, Planning the Garden, The Garden at Number 27, The Veg Plot