St Peter Port is the main town on Guernsey and is where we docked on our arrival.

Throughout the course of our stay we made a number of different visits to St Peter Port and had chance to do plenty of exploring.

On our first visit we spent a lovely couple of hours at Castle Cornet on the harbour.

The castle is well worth a visit, with 5 separate museums and a real mix of eras of build, starting with medieval and ending with the alterations made by the Germans in WW2.

The views from the castle, both out over the sea and back across St Peter Port are amazing. 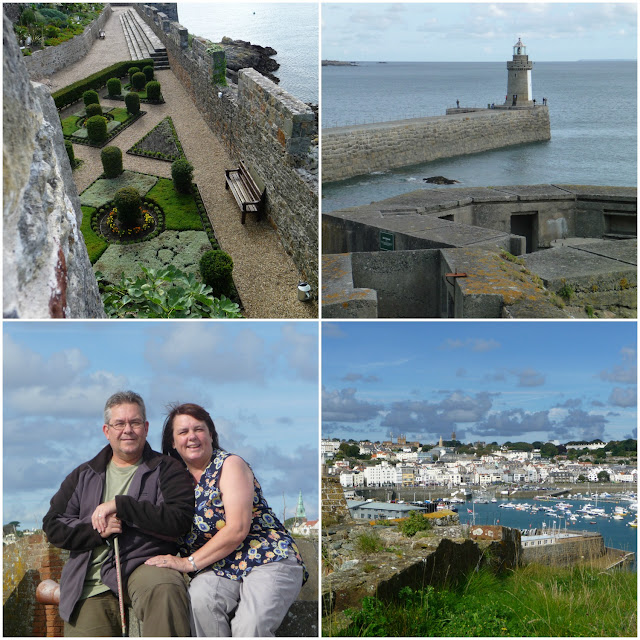 There is a ceremonial firing of the big gun at noon every day and this gives one heck of a bang, that gets you right down inside, when it goes off. 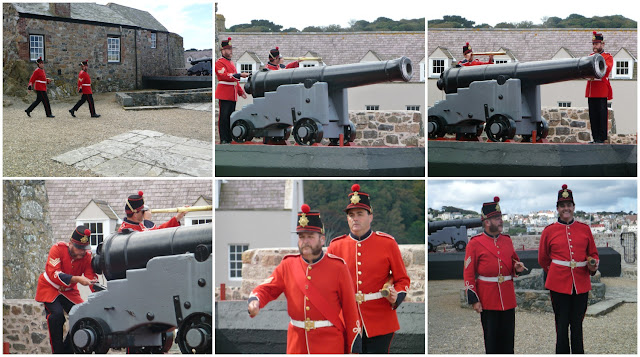 The harbour is also lovely for a wander around, with three different piers to explore.  On one visit we were able to get a real feel for the size of The Liberation, which we hadn't really seen on our way over, as it was dark. 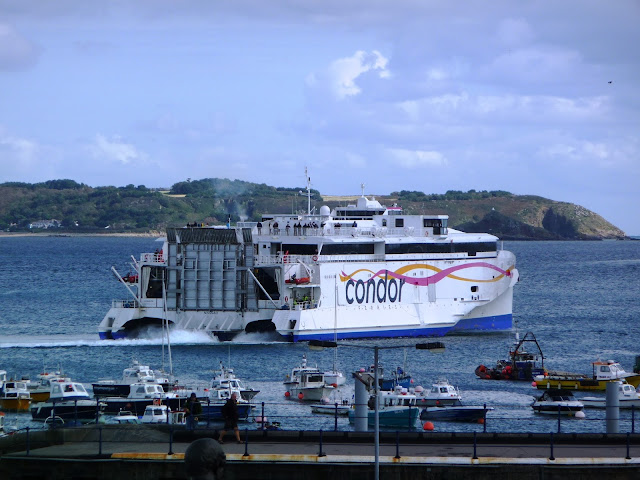 There is also a really quaint and pretty shopping street, though I have to confess, it was a bit steep! 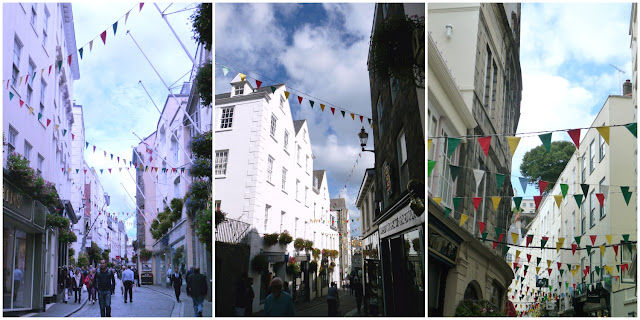 We spent another afternoon back in St Peter Port later on in our holiday. This time we explored the south side, which gave some great views of the castle and the outdoor bathing pools. We certainly weren't brave enough to even consider taking a dip though. 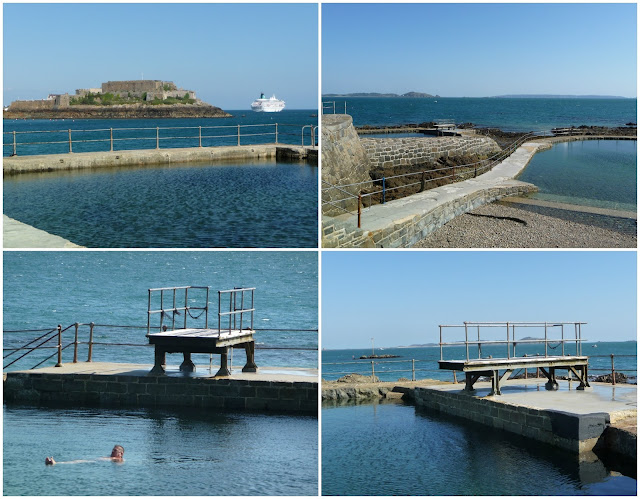 We had another wander out past Castle Cornet to have a close up view of the lighthouse where we discovered, that although the sun was out in full force, it was blowing a bit of a hooley. 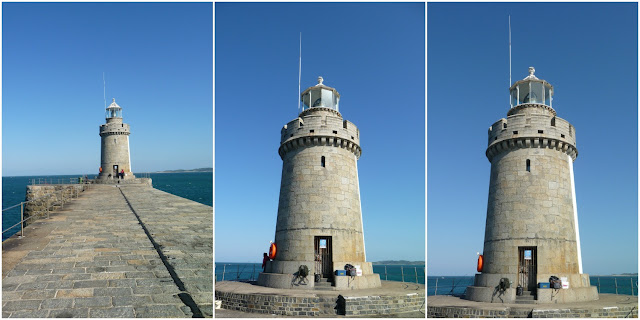 The cafe by the bathing pools ended up being a bit of a favourite, they did the best chips on the island, and we snacked here a couple of times.  The views were just amazing and the bathing pools looked so different when the tide was in. 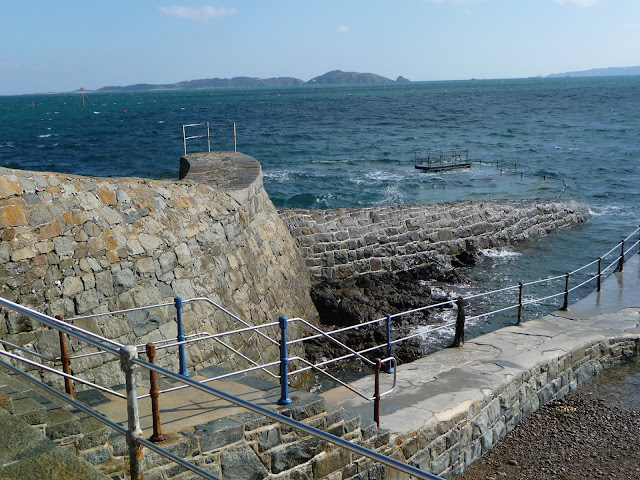 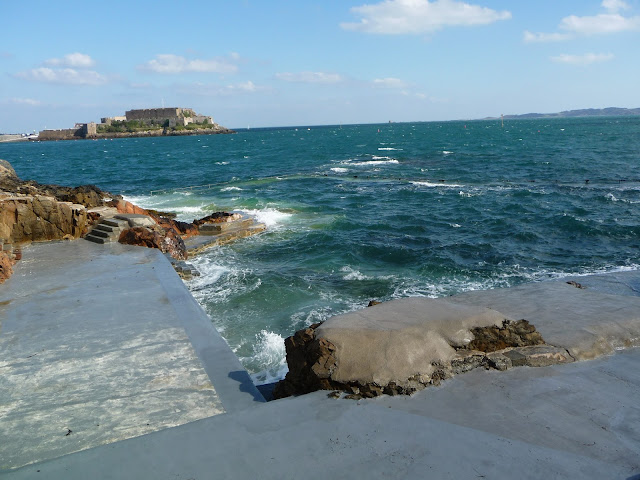 We also managed to fit in a trip to the German Underground museum, which was definitely worth a visit.  It is located in some underground tunnels that were originally built to store fuel tanks for German U-boats, though it was never actually used for this purpose.

We really liked St Peter Port and would definitely recommend at least a day's visit if you are staying on the island.
Posted by Carol at 14:19