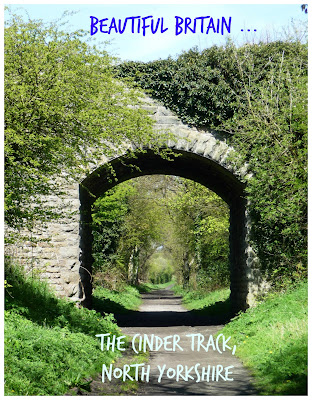 Having spoken to Glinys, the owner of the very lovely Wykewood, before setting off from home, we knew there was a bike trail along the route of an old railway line that we could access from just down the road from the cottage. On this occasion it seemed that Dr Beeching may have done us a favour.

From 1885 until its closure in 1965 the old railway line from Scarborough to Whitby took goods and passengers up and down the North Yorkshire coast. Now it's an off road route through the North York Moors National Park for walkers, horse riders and cyclists.

Apparently, Scarborough Borough Council bought the line shortly after it closed. Because the track ballast was made from cinders rather than crushed stone, many locals call it the Cinder Track. It now forms 21 miles (34.4 kms) of Route 1 of the National Cycle Network.

We'd bought our bikes with us and were itching to get out and about. Having done a bit of research we thought we could easily manage to ride as far as Cloughton, where the old station had been converted into a tea room. It was only about three miles, so even us in our shocking state of fitness should be able to manage that.

Surprisingly enough there was a series of Gecocaches that we could hunt for along the way, so Martin was on board and we were soon up and out.

When I say the trail was just down the road from the cottage. What I really mean is was just, very much, up the road, and we were both pretty knackered before we even got to it, though it was not far at all.

Hoping for a nice flat ride we headed off towards Scarborough. Martin kept telling me it was downhill, but it didn't feel like it was. I had to apologise on the way back as he had clearly been right.

It was lovely and quiet on the trail, though we passed horse riders, dog walkers and more cyclists, stopping a few times for a friendly chat, as well as doing our thing, clambering up and down banks and scrabbling around in the undergrowth (well, Martin was anyway), searching for treasure of the Geocaching kind. 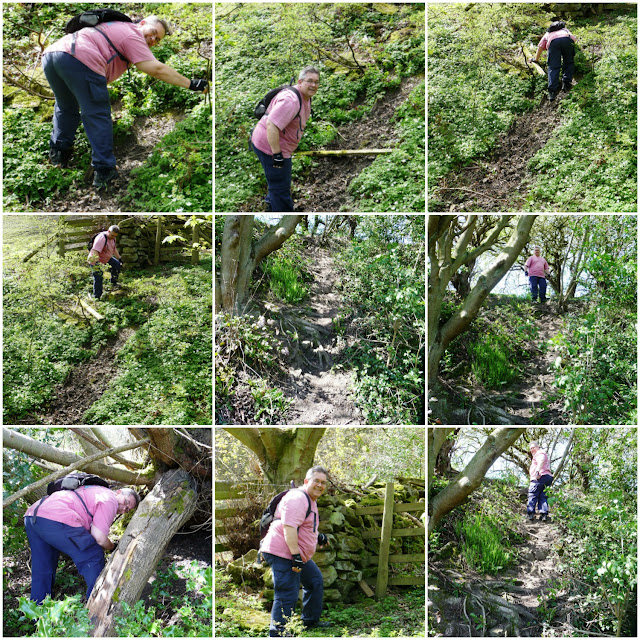 We saw some cracking views along the way, including Scarborough Castle in the distance. 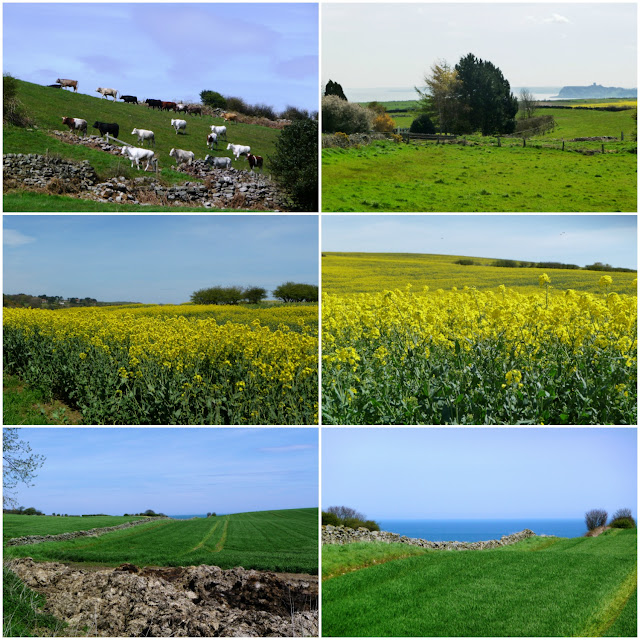 We also saw lots of pretty wild flowers, including these wood anemones, which were well in abundance. 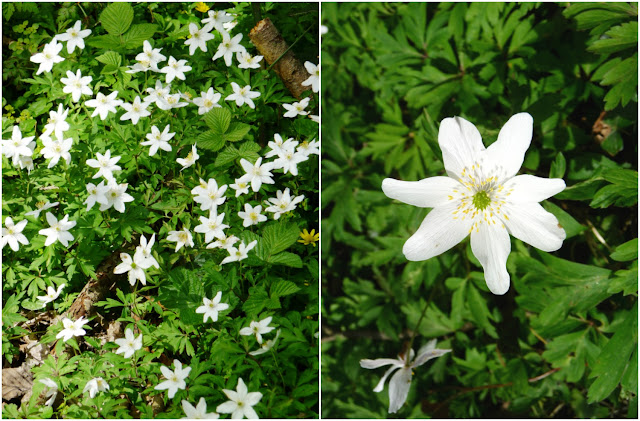 Eventually, after a lot of stopping and starting for Geocache hunting and photo taking we saw the very welcome sight of the old railway signal, which indicated that the tea room must be within sight. 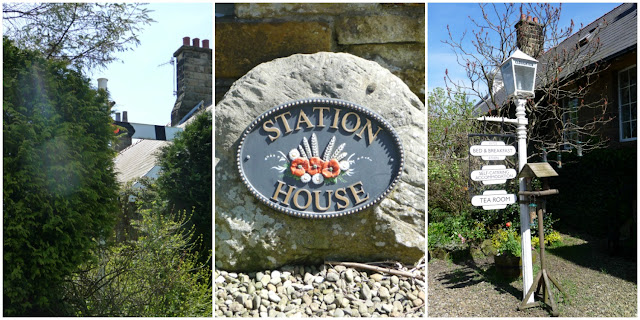 It was and, after following the signs, before very long, we were ensconced in the pretty and sunny garden enjoying, what for us was, a reasonably healthy lunch, with no scones or cake in sight. 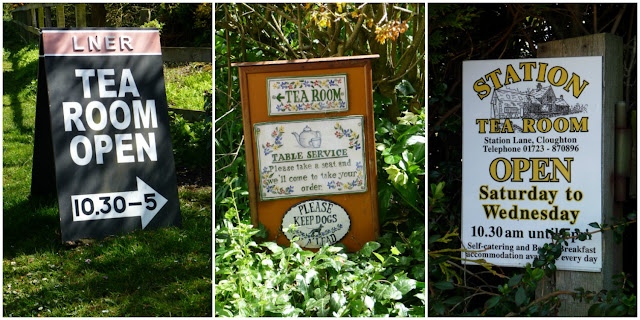 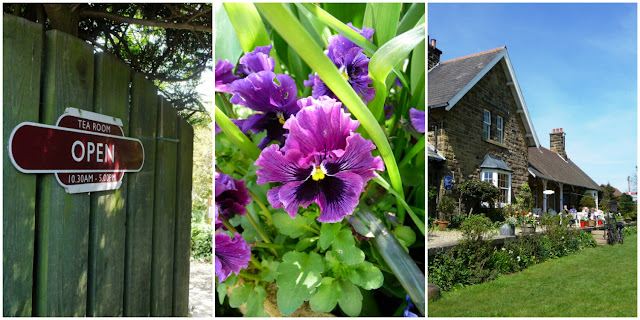 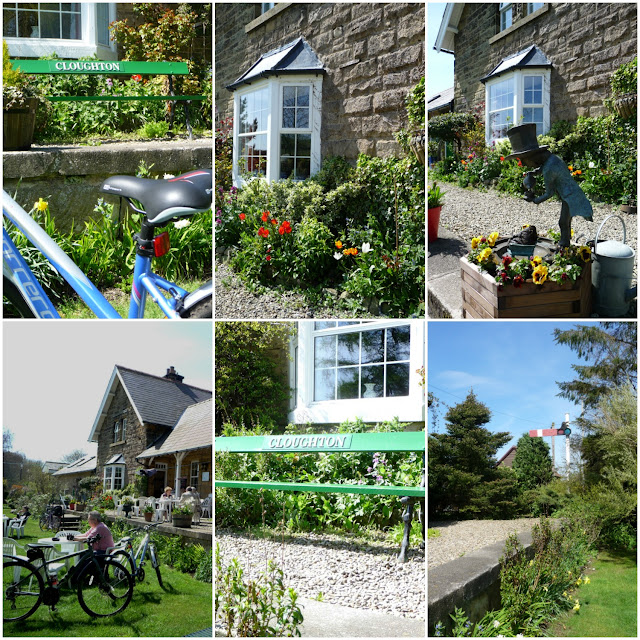 According to the Cycle Network finger post it was a mere 6 more miles to Scarborough, but we were quite happy with our efforts and decided it was time to head for home, which, as Martin had rightly said, was uphill all the way!! 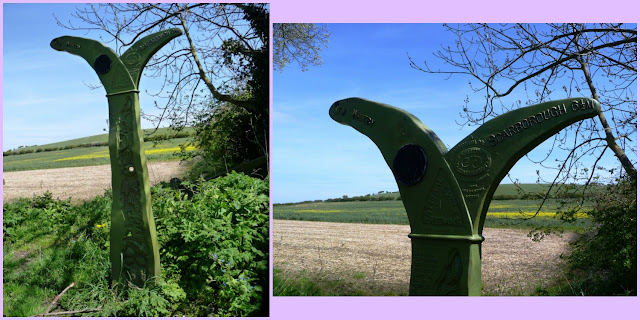 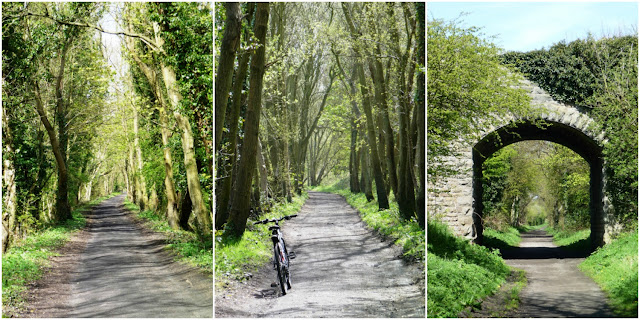 Apart, of course, from the very last bit, where we were able to sail down the road and the lane to Wykewood, at breakneck speed, where a very welcome sit in the afternoon sunshine was to be had.

Well there was just one chore to be done .... 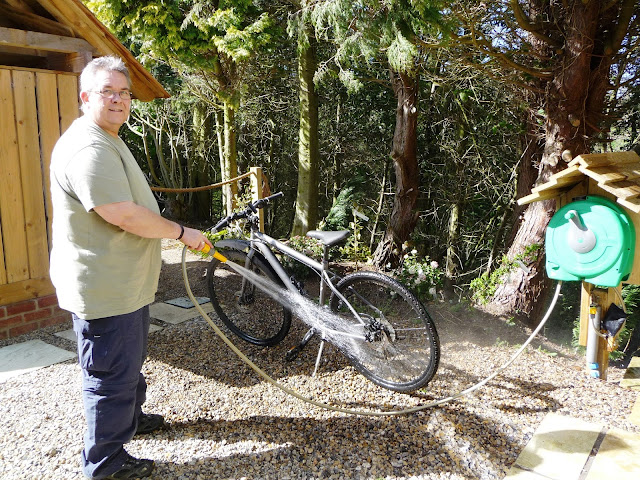