There is so much to see and do in Whitby that one visit just wasn't enough. 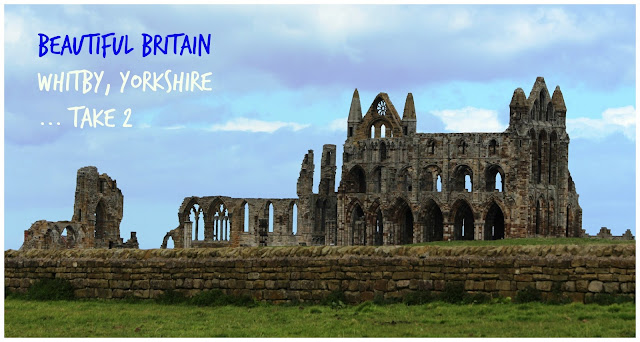 Our second visit to Whitby was with real purpose!

We both wanted to visit the Abbey. I've never been, though I've seen it from a distance plenty of times, and Martin's last visit was on a school trip, staying in the Youth Hostel nearby.

It was a beautiful sunny day and our main aim was to get some really good photos, which ended up not being that easy as the place was swarming with school children!

There are really good views of the Abbey from all directions and we caught our first glimpse just after we turned off the main road. 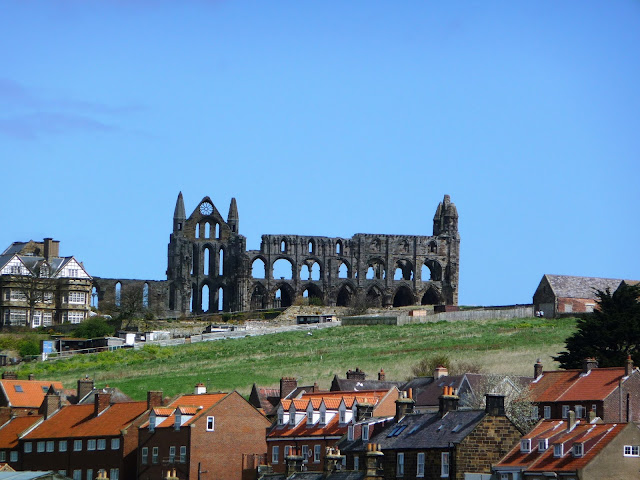 We parked at the Abbey car park and got some more decent shots before heading into the Abbey grounds. Just look at those skies, truly beautiful ... 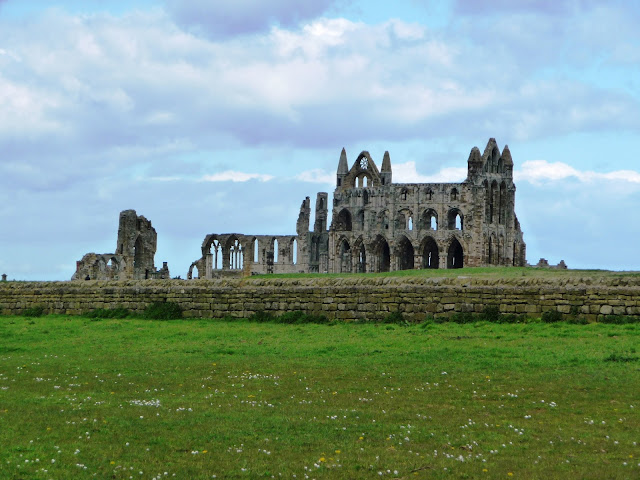 Before exploring the Abbey itself we had a good wander about, walking right round the abbey and managing to capture a few child free snaps along the way. Sadly there was no perfect reflection shot to be had today and this is the best we could come up with. 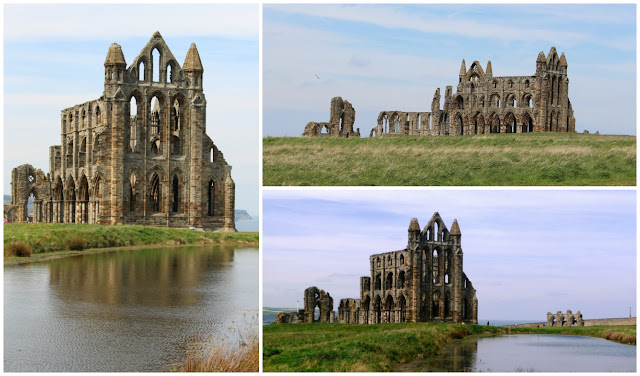 Having walked right round the Abbey we took time to explore the building itself, which looked lovely in the Spring sunshine. 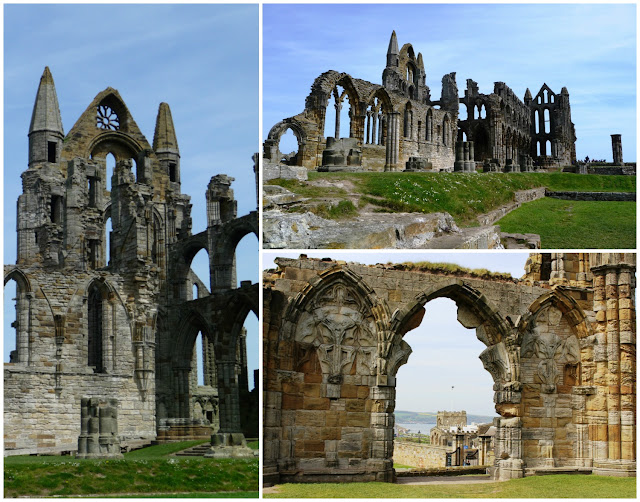 We exited the Abbey grounds through the visitor centre on the other side, with a view to having a look at the church at the top of the 199 steps, which we hadn't had the energy to climb on our earlier visit. 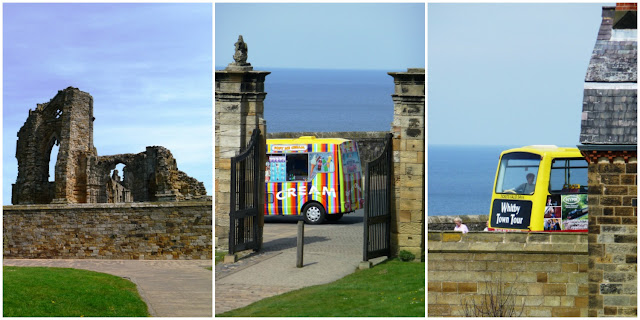 The churchyard has the most beautiful outlook over the sea and I've always thought that, if to be buried, you couldn't wish for much more of a nicer spot. 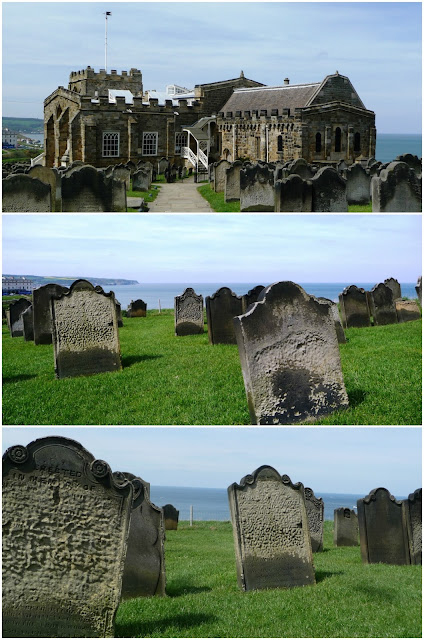 The views of Whitby from the both the top of the steps and the churchyard are definitely worth a look, either by taking the healthy option and walking up from the town or, doong as we did, and parking at the top by the Abbey. 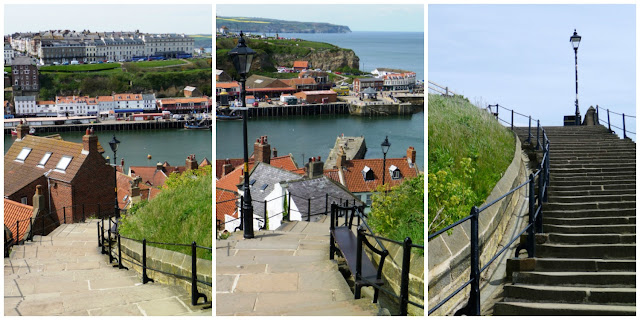 We still hadn't quite finished with Whitby. There was just one bit left that we wanted to see before heading off, so we returned to the car and made our way over the old swing bridge to park up again on the harbour, for a walk out to the lighthouse, you've just gotta love a lighthouse! 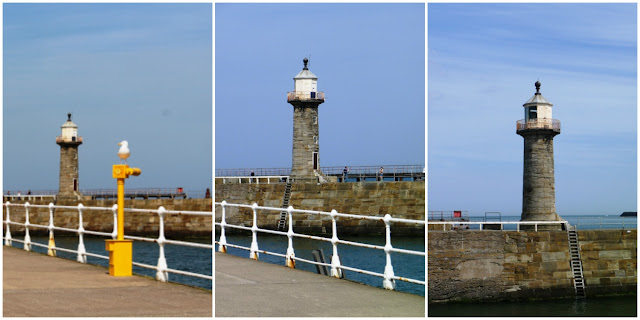 We sat for a good while, watching the boats and generally just admiring the view back across to the Abbey side. 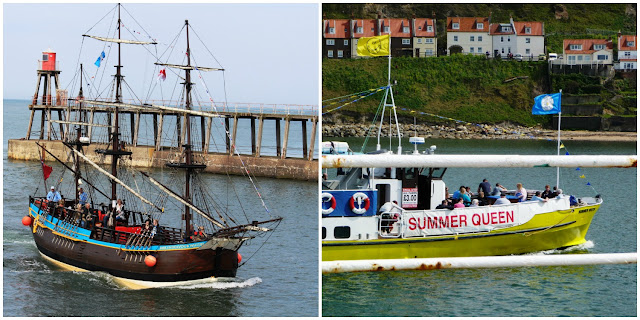 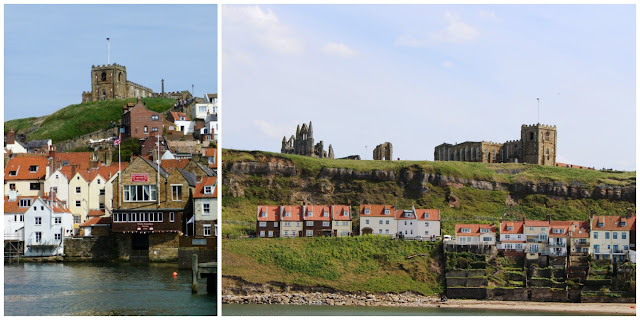 On the way back we were astounded by the audacity of the seagulls, we saw one actually swoop down and fly off with a lady's ice cream cornet. Who would have thought that the same would happen to me only moments later? I did, though, manage to hang onto my cornet, but didn't fancy my top scoop of ice cream in which the cheeky gull had left some pretty Impressive beak marks. Maybe it did me a favour, halving my Synful treat in two! 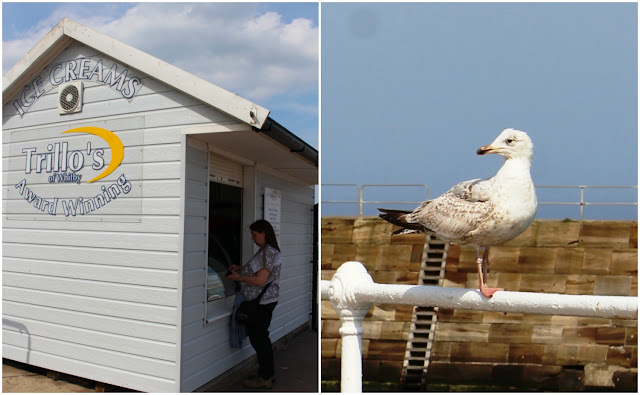 That was us done for the day, so it was good bye to Whitby for us for now.  I'm sure it won't be our last visit.
Posted by Carol at 14:45