I have been so remiss 😞It has been an absolute age since I've let you have an update on Will Sidney's WW1 story.

I last posted in June of last year. It was November 1918, the Armistice had been signed and Will was on a month's re-engagement leave, following a long hospitalisation in Italy with a problem with his neck.

Whilst on leave Will and Ethel finally tied the knot.

It's now time to find out what happened to Will at the end of his re-engagement leave.

You would be forgiven for thinking, with the Armistice having been signed, that there may have been little point in Will taking back up his posting.

Sadly, things were not quite that simple.

There were no entries to be found for December in Will's 1918 diary, but we have found this entry at the beginning of his 1919 diary.

Having read it through it just seems absolutely crazy to me that Will didn't get to see the 'MO' before he left England. Hopefully things are a little more efficient these days! 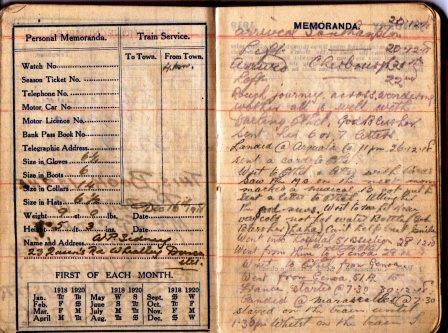 "Rough journey across wondering whether all is well with Darling Ethel. God bless her. Sent her 6 or 7 letters."

"Writ to Ethel a letter with cards. Saw the MO the next morning, marked a medical B. Got put to. Sent a letter to Ethel telling her the good news. Writ to Ma let know. Very cold. No hot water bottle (God Bless her, Ha ha). Can't help but smile." 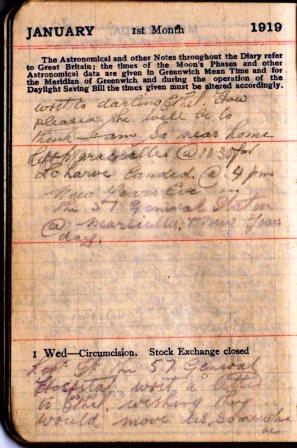 "... writ to darling Ethel. How pleased she will be to think I am so near home."

You can see that Will writes of landing in Arquata on 26 December 1918. In his things we have found this card and I think we can safely assume it is the one that he is referring to ... 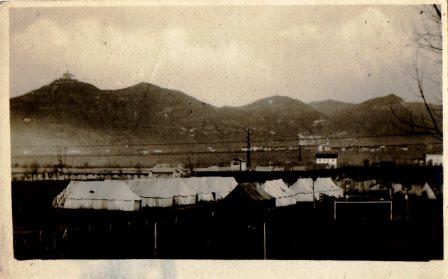 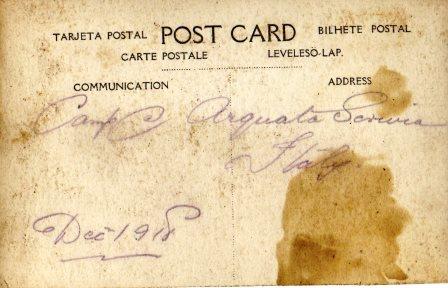 This set of cards was also with Will's things. We have no way of telling when they were sent but they seem to infer that the war is over, so it could have been about this time ... 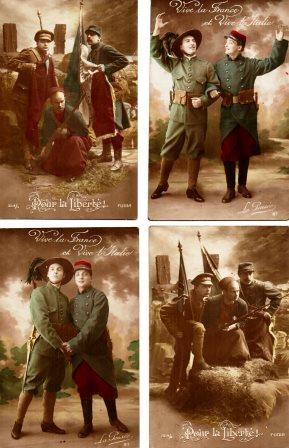 So, it is 1 January 1919 and Will is, yet again, in hospital in France, waiting to come back home. Surely it won't be long now before Will's war is over and he and Ethel are re-united.
Posted by Carol at 12:39