For as long as I can remember I've loved books and reading.

I don’t really remember being read to as a child, though I do remember my dad building me a bookcase for my bedroom, painting it white, adorning it with flowery stickers and it being filled with books.

The first books I really remember reading were Enid Blyton ... Firstly The Enchanted Wood and The Faraway Tree stories, The Wishing Chair, Merry Mister Meddle, Mr Pinkwhislte and others.

Then, as I got older, moving onto books about boarding school ... Mallory Towers and St Clare’s and books about The Children of Cherry Tree Farm and I’m sure there were also books about a circus too, oh yes it's just come back to me ... Mr Galliano's Circus. And not forgetting The Famous Five and The Secret Seven. (I’ve remembered all of those without having to look any up, so you can tell I really did love them).

I used to love getting a new Enid Blyton book for my birthday or for Christmas and, whilst I don’t still have them, I could never face throwing them out, and they were all boxed up and passed on to a close friend when her two girls were small and I know they loved reading them too.

Only a couple of weeks ago we were out with said friends and someone else was there who’s child had got The Faraway Tree with them and they were saying they didn’t know what order they should be read in and my friend and I both said unison ... Enchanted Wood, Faraway Tree, then Folk of The Faraway Tree. 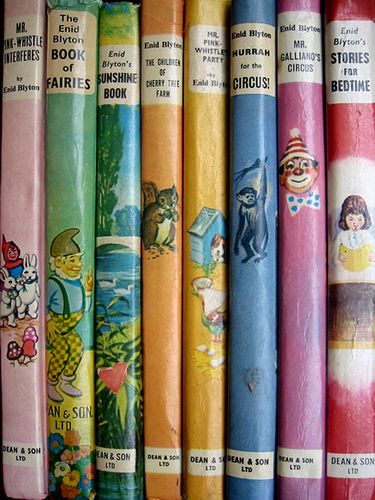 Whilst I don’t spend any where near as many hours reading now as I did when I was younger I do still love reading ..... and books. I’m definitely not a convert to e-reading. I love the feel of a book in my hand, even though sometimes a hardback is a bit heavy to hold when reading in bed, which is my favourite place to read, when I can stay awake.

The thing with a book, a real book that you hold in your hand, is the life it can lead after you’ve read it ... over the years I've passed on 100s of books, I just don’t have the space to keep them (and yes, I know, that’s not a problem with an e-reader). They tend to go from me onto mum and dad, who both love reading too and spend hours trawling charity shops and car boot sales for new authors or books by favourites that they haven’t read yet.

From mum and dad they sometimes make their way to my Uncle Jeff, another avid reader, and finally they will end up in a charity shop, where they can make a few pennies for a good cause and give someone else a good read.

Of course, there are some that don’t get to live a life of excitement ... being read again and again. My favourite authors do tend to stay for a good old while and I always manage to find space for a new favourite, not that I ever read a book twice. No, once read, that’s it for me, I’m not one of these people that can read a favourite book again and again. Occasionally, by accident I have started a book that I had forgotten I’d read, but once I realised then that’s it, game over.


At the moment my favourite authors are a bit of a mixture, but fairly mainstream. I love the majority of Clive Cussler’s books, though I’m not a fan of his Isaac Bell series and I also love Wilbur Smith, but again I am choosy with which of his series I like ... I love his stories about The Courtneys of Africa, stories of wild animal hunting (not that I approve of that), diamond mining and surviving in the Kalahari Dessert. I also love his stories of ancient Egypt and the tales of Taita, close friend and adviser to the Pharoahs, who seems like he will live forever. 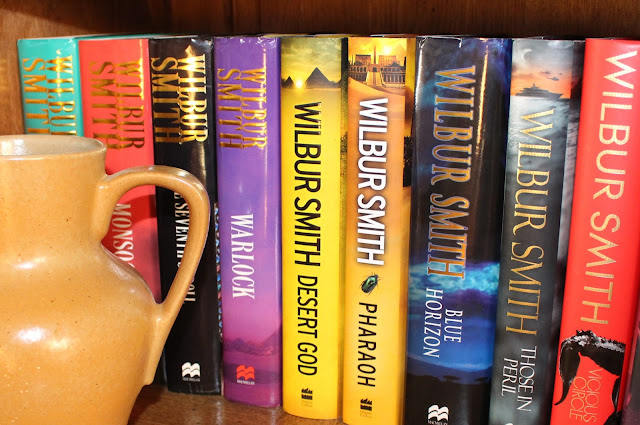 Though it may seem a little ghoulish I am a real fan of Kay Scarpetta and have lots of Patricia Cornwell books on the bookshelf and, in a very similar vein, Cathy Reichs has also become a favourite ... 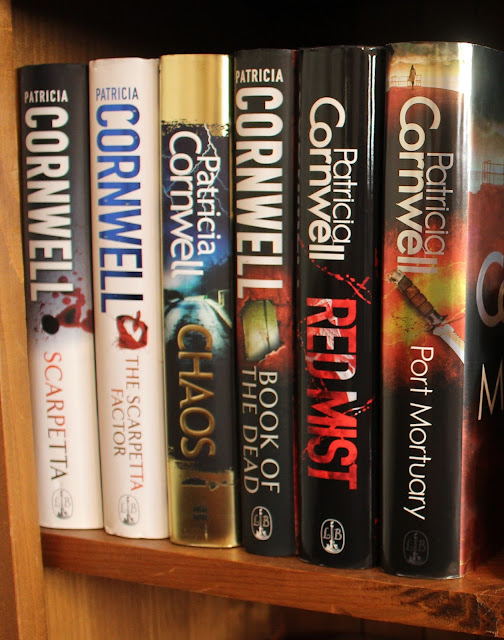 Then there are the big fat family dynasty stories of Penny Vincenzi, which are a real treat. There are so many characters to keep up with that there is often a list of them at the front, which I often need to refer back to.

I heard that she sadly passed away recently and it is not a good feeling knowing that there will be no more of these fabulous door stop books that I can lose myself in for a week or two ... 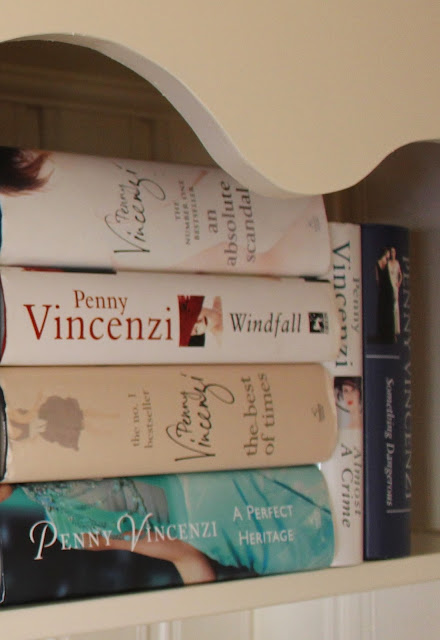 Oh and Dan Brown, can’t forget him. Stories which could just be ... real. I loved the Da Vinci Code and am one of the sad people that has followed the Rose Line in the St Sulpice church in Paris, with my brother, who was also a fan ... 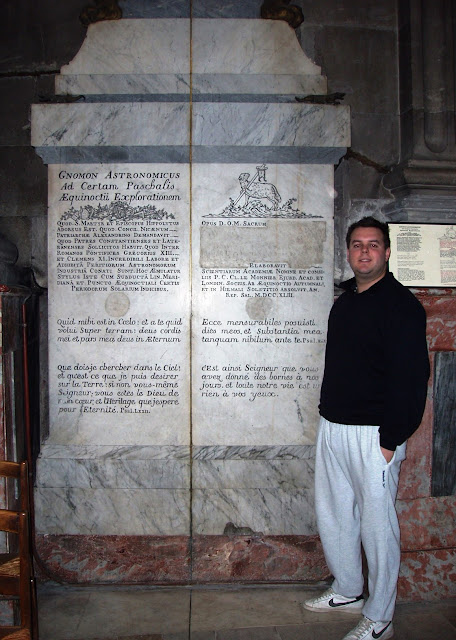 ... and looked at all the clues in the paintings and sculptures in the Louvre ... 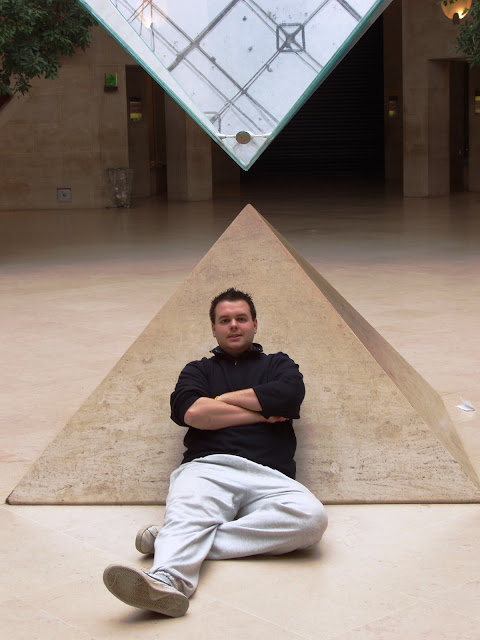 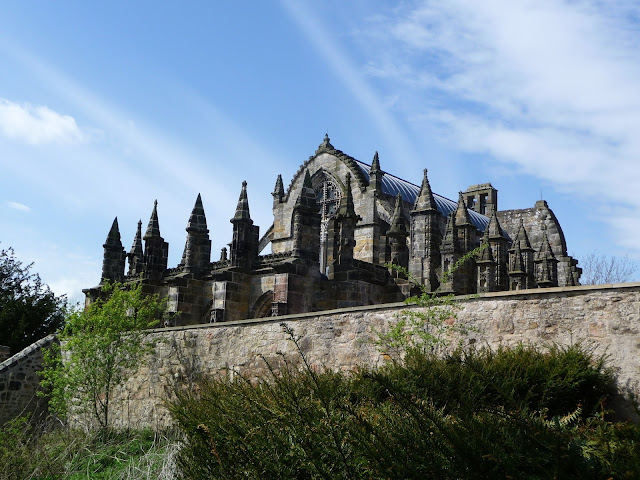 I am meeting up with a friend in London in March and she has suggested we go to Temple Church. Clearly ... I am well up for that!!

As if that wasn’t enough, I am also very happy to read plenty of what I would call ‘pink’ books. These are those lovely pastel coloured paperbacks that you see that always look summery and fun and can be read in a few good sessions ... I love Freya North, Carole Matthews, Jill Mansell, Katie Fford, Marian Keyes, Maeve Binchy ... the list goes on. Please don’t feel I am disrespecting them by referring to them as ‘pink’ books. I love them.

I thought that was it, but I've just remember that I also love Cecelia Aherne, though some are a bit odd and, surprisingly I also really liked Phillip Pulman's Dark Materials series. 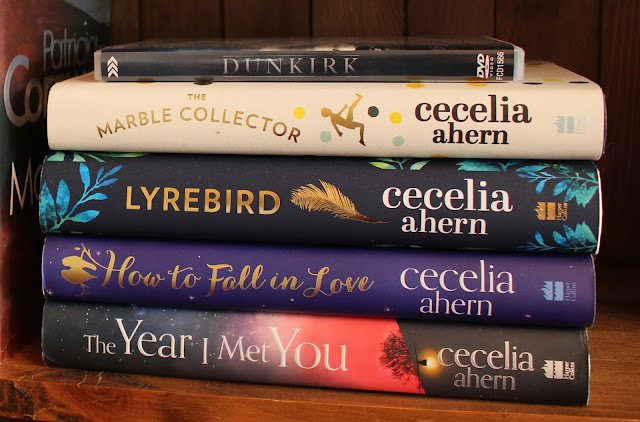 Oh my goodness, I’ve not even mentioned Harry Potter or Jodie Picoult.

I think you get the picture, I love to read. And ... just like when I was a child, whenever someone asks me what I would like for my birthday or for Christmas, there is always a list of books featured. Last year there was Clive Cussler, Cecelia Aherne and Dan Brown, enough to keep me going for a fair while. 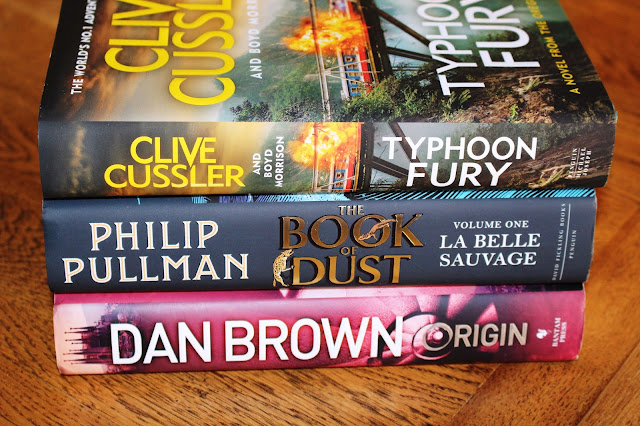 Dan Brown - Origin
I couldn’t put this down and, whilst the final reveal wasn’t as astounding as I was hoping for, it was another, kind of, yes, I can believe that. But the journey was, as ever for Dan Brown, gripping. A big part of the story is based in Barcelona, somewhere I have visited a few times and it was very easy to imagine where the characters were and what they were seeing. Like in Langdon's previous adventures there are symbols, but not really in the same way as Da Vinci Code, Angels and Demons or Inferno.

Martin read it whilst we were away at New Year and he found it enthralling too and he hardly ever reads, which did come as a bit of a surprise to me.

This is a bit off topic but Martin and I met through an on line dating agency and before we met up we had exchanged a number of emails and spoken on the phone and it was so spooky to find that, at that time, we were both reading books by Clive Cussler. I thought it was a good sign at the time, though I don't think Martin has read another Clive Cussler book since then.

Phillip Pullman - The Book of Dust
When I was Christmas shopping I saw this in WHSmith and would have bought it for mum, but I already had her gift sorted but I told her about it and someone else bought it for her.

Having loved his Dark Materials series, which I borrowed from mum, who had read them and liked them, though it took her a while to work out quite what was going on, I couldn't wait to get my hands on this one.

Fortunately she read it pretty swiftly and I was quick to borrow it and was not disappointed.
It is the first book of a new trilogy that covers the period before the Dark Materials series begins, a bit like Star Wars I guess.

I loved it and I kind of wish I’d been able to read this series first as it gave a lot of context to how things came to be in the Dark Materials series, though there were a few bits I would have found difficult to understand if I hadn’t read the other books first ... as they weren’t really explained and just kind of appeared.

I don’t know when the other two in this new series are going to be available but I will definitely be looking out for them.

Clive Cussler - The Emporer's Revenge
One of my favourite Clive Cussler series of books, now written with Boyd Morrison, The Oregon Files.

A story beginning with a flashback to the times of Napoleon, which really makes you wonder, before coming back to the present day for lots of excitement and adventure following the efforts of Juan Cabrillo and his crew of The Oregon, a ship where all is not quite as it seems, avert another international disaster.

I loved it, and Martin has started reading it too. Yay! When he's finished with it it will definitely be passed on to mum and dad.

I’ve now moved on to Typhoon Fury, the next in the Oregon series, and am really enjoying this one too so far.

I'm now starting to come to the end of my shelf of 'books to read' and I never like that feeling of there not being a book in the house that I haven't read. I'm sure it won't be long before I start browsing the supermarket aisles and bookshops just make sure that I have plenty in for when that need to read just has to be met ... 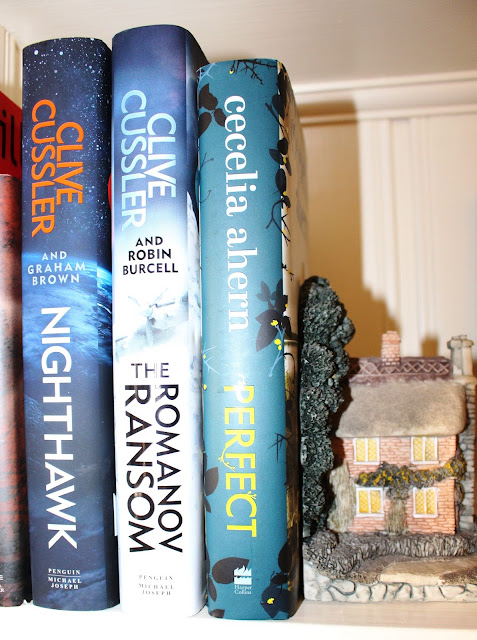 Well done, if you’ve got to the end of this post, I know I’ve rambled on a bit, but I do so love books. If you have any favourite authors that you think I might like then I'd love to hear from you. There is nothing like the feeling of discovering a new author that really hits the spot 📚📚📚

Email ThisBlogThis!Share to TwitterShare to FacebookShare to Pinterest
Labels: At Home, Everyday Ordinary