Today we are in Whitby, back at the beginning of June ,where following our very busy weekend having our annual catch up with old work friends, it was Monday morning and we had a nice easy day planned, having a bit of a breather after three full on days of being out and about.

We did have a much slower start but I wouldn’t say it exactly ended up being a nice steady day. We headed back into Whitby around lunchtime, in the mist and the rain, for an afternoon of Geocaching, which took us on another good walk around the sights of the town centre.

We started off at a wooden sculpture that neither of us had seen before, where we had to collect some information about ships that had been built in Whitby in the past, before being sent off elsewhere for the next set of clues. 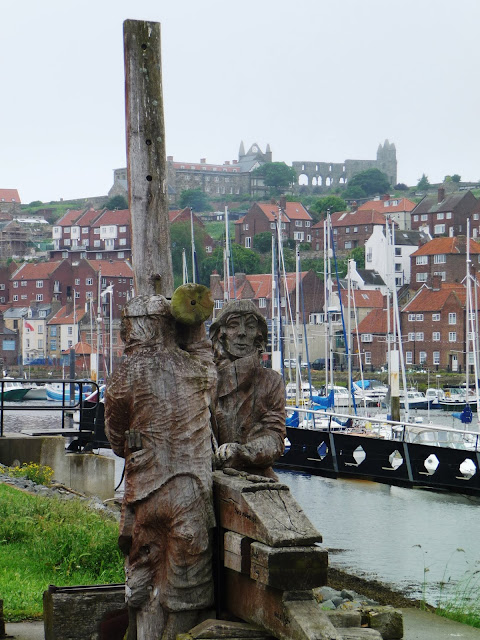 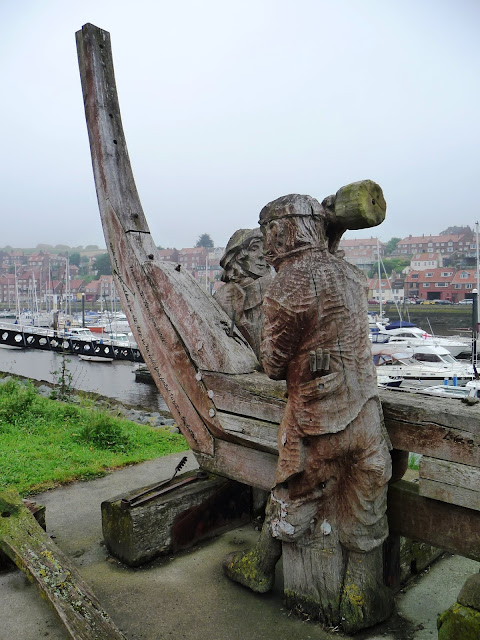 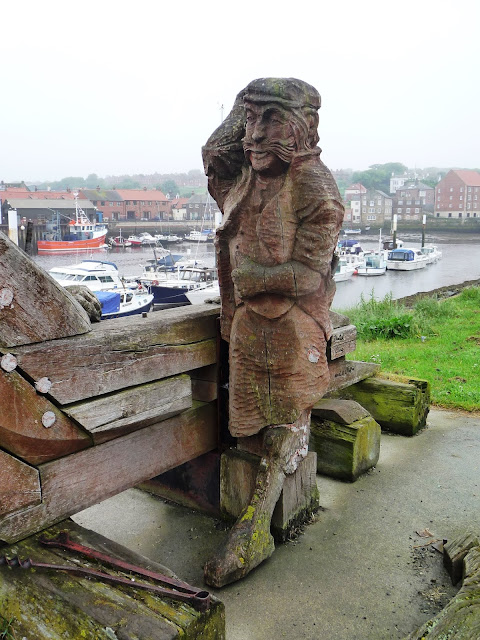 Along the way we completed another cache at the war memorial ... 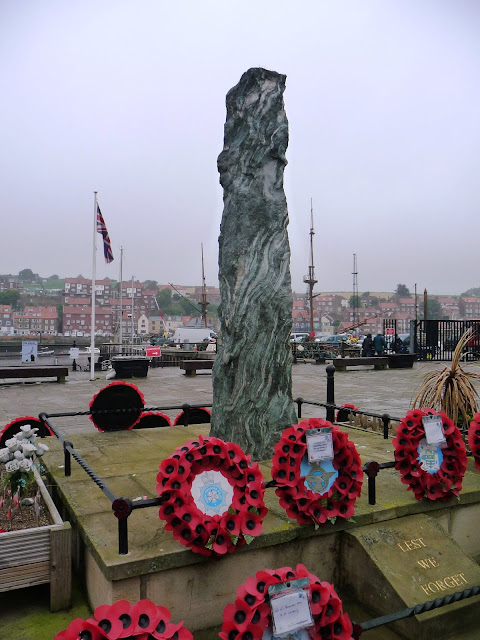 ... before hunting for a series of clues that had us visiting eight of the town centre pubs. Fortunately all of the information we needed could be found on the outside of the pubs so we didn’t end up completely sloshed. 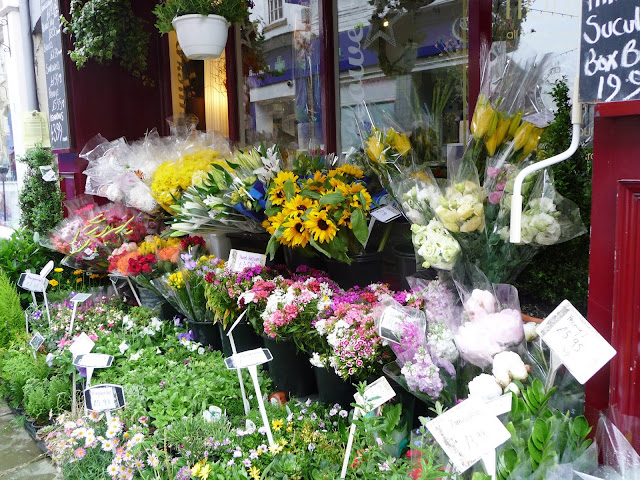 Once all the information had been collected we did retire to The Board, for a bit of a breather, and to work out where we needed to go next. 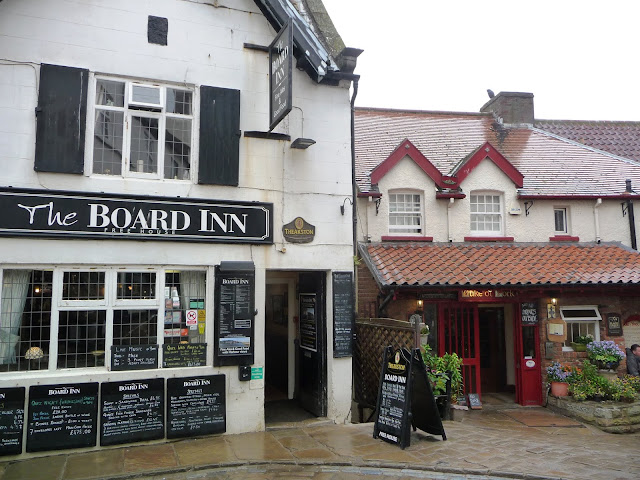 Fully refreshed following giant fish finger sandwiches, which were a bit of a disappointment I have to say, we headed back out towards the East Pier lighthouse.

Neither of us had been out this way before so, whilst it was still damp and breezy, it was good to explore somewhere new.

We followed the narrow cobbled road to the left of the steps leading up to the abbey. 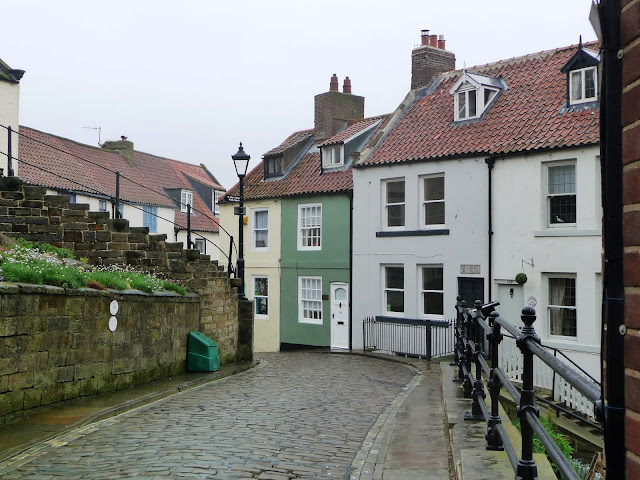 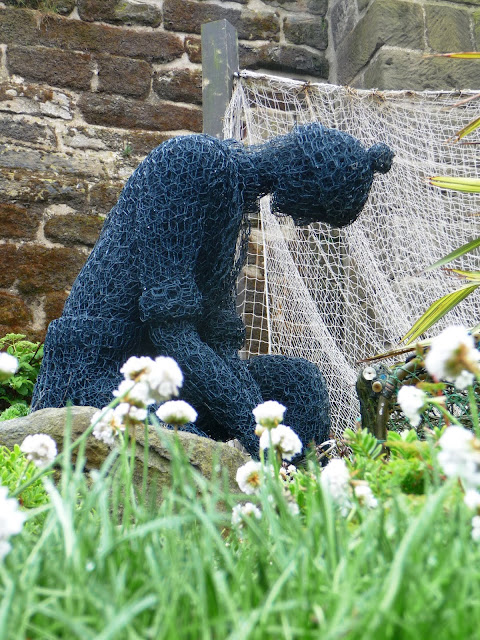 ... and plenty of quaint and quirky looking cottages, this being the very aptly named Tipple Cottage ... 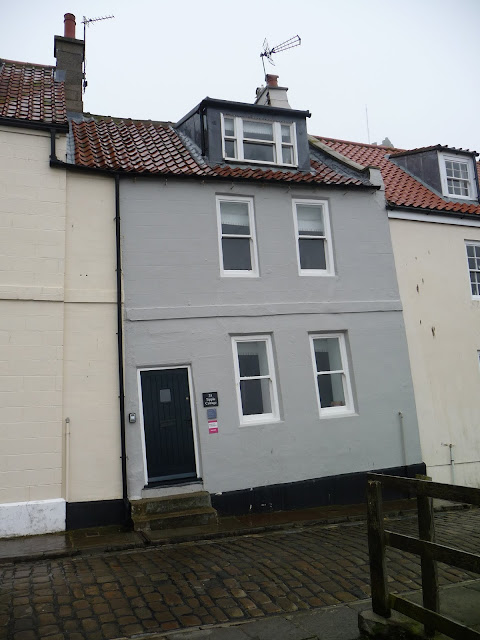 ... and ended up at the entrance to the pier, where it was pretty blowy, but the rain had stopped ... 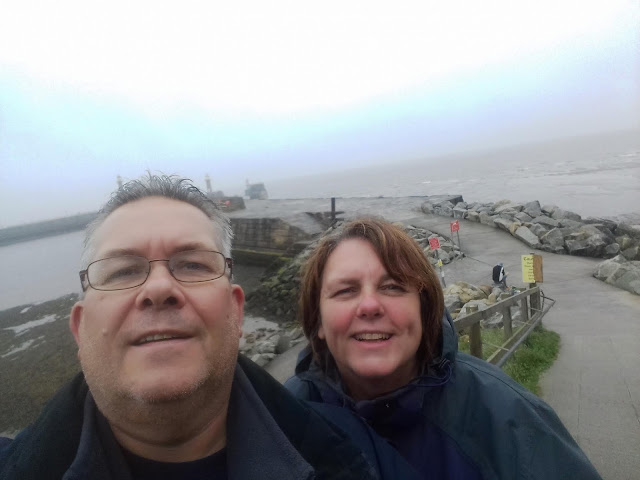 We needed to walk out to the lighthouse to find some more information ... 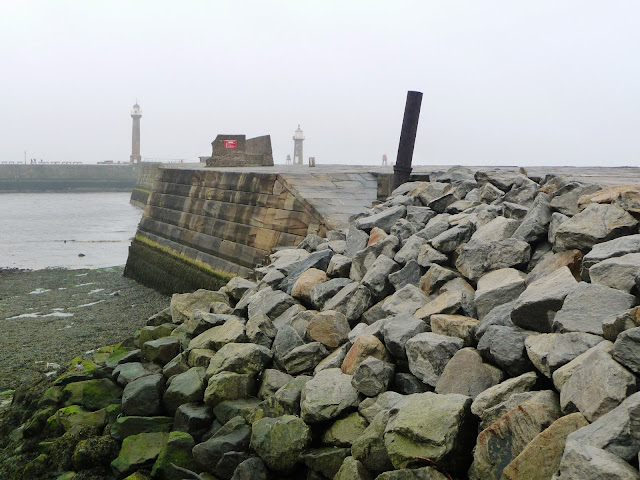 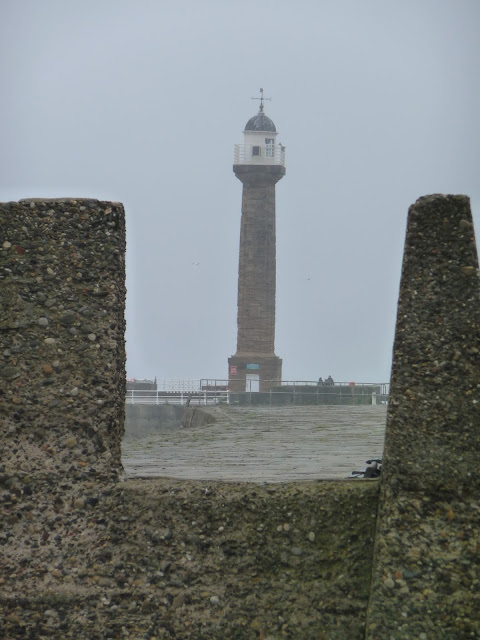 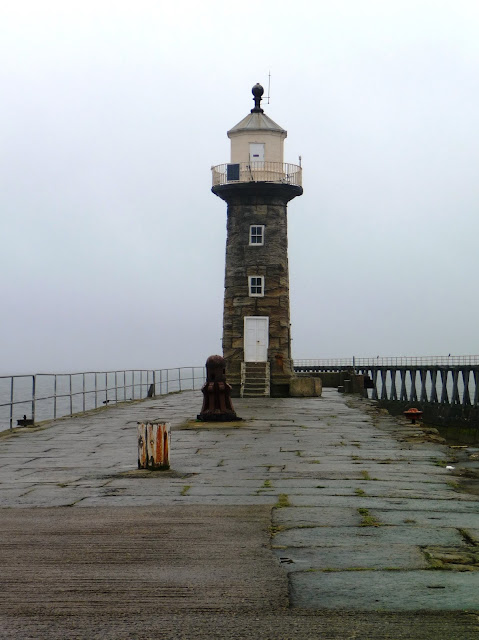 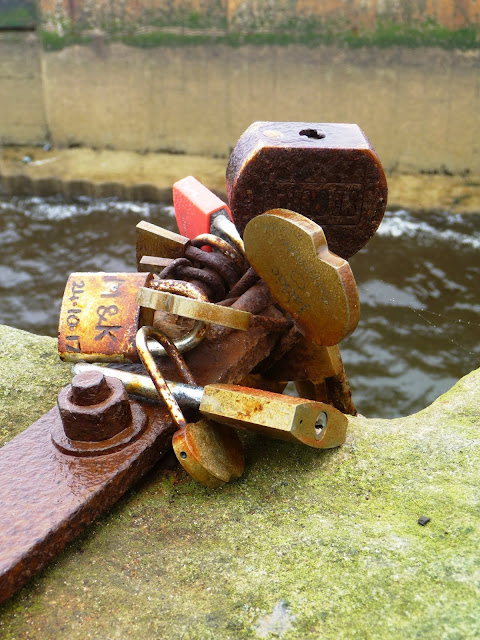 ... which we found before having a quick selfie ... 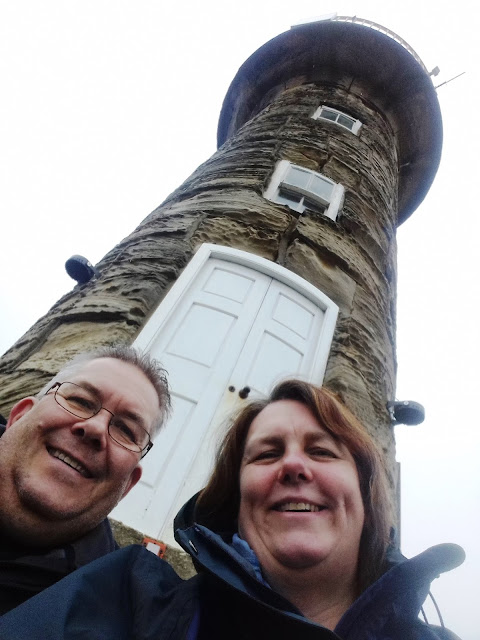 Having found what we were looking for we then headed back across the bridge to the west side of town, where we just needed a bit more information which was to be found on the west pier lighthouse. Well, by now, we’d pretty much had enough and decided to retire to The Pier for another pit stop where Google told us all we needed to know. 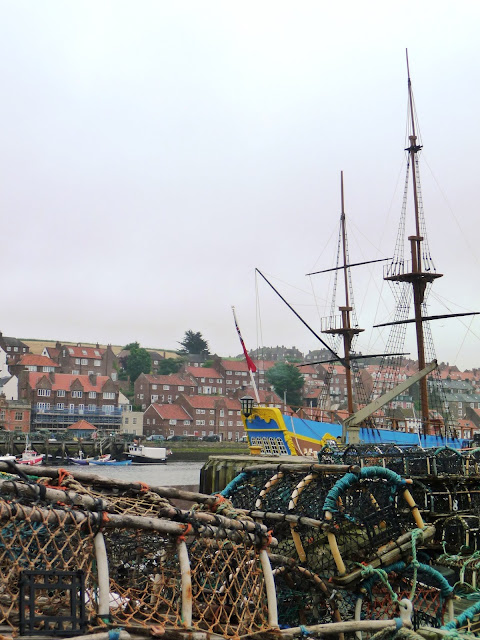 From there we headed back to the car and took a drive up to the whalebone for a few misty photos. 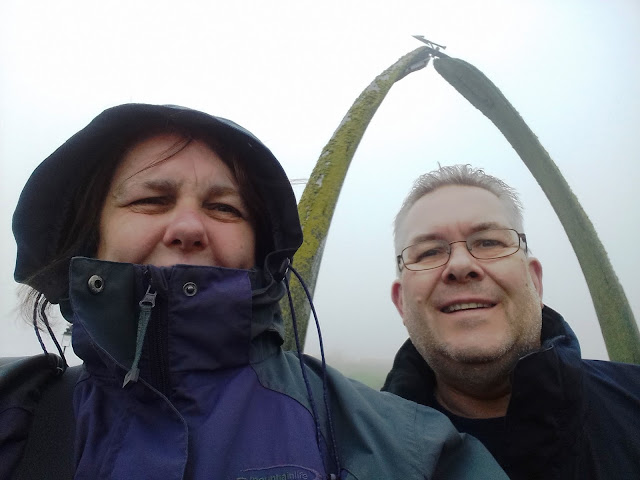 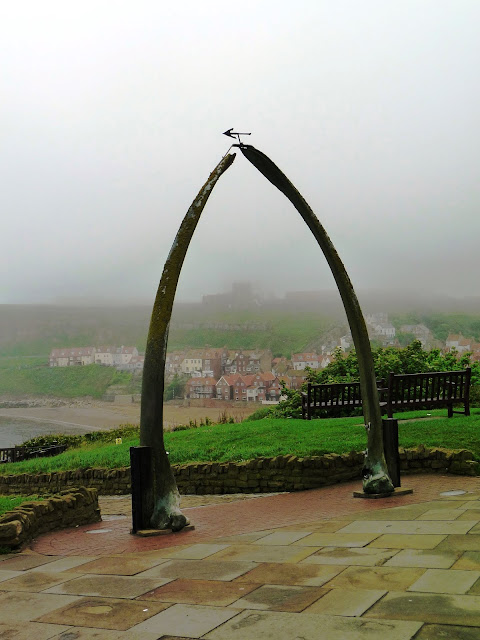 Whilst up there we managed to locate the bench overlooking the view which is said to have inspired Bram Stoker to use Whitby as the setting of part of his world famous Dracula novel. 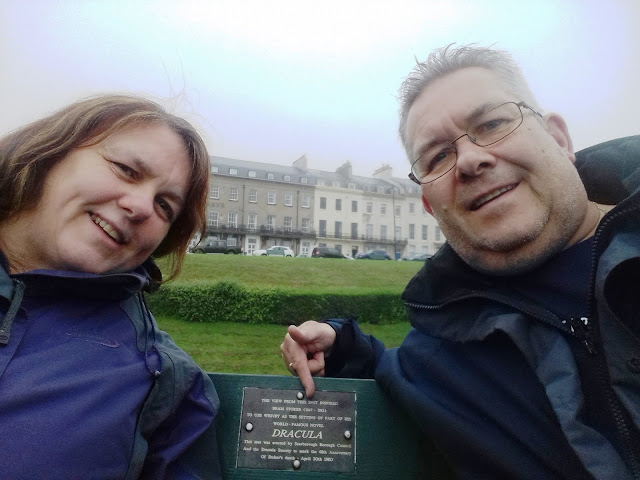 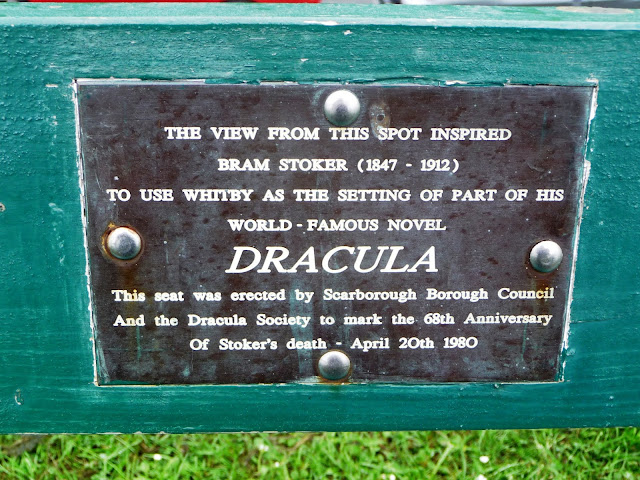 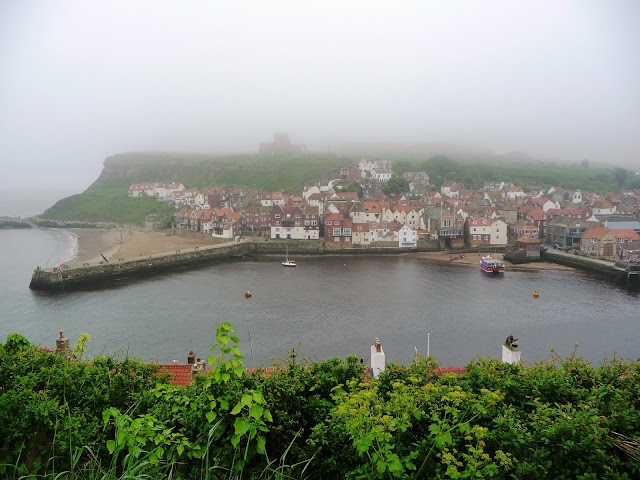 By now we were both shattered and more than ready to head back to The Piggery for nice quiet evening just chilling out.

The forecast was better for Tuesday and we did head back to the west side to see if we could get some better photos, but I think I will save these for another post.

Email ThisBlogThis!Share to TwitterShare to FacebookShare to Pinterest
Labels: Beautiful Britain, Life of Pottering, Out and About, Seaside, Whitby, Yorkshire